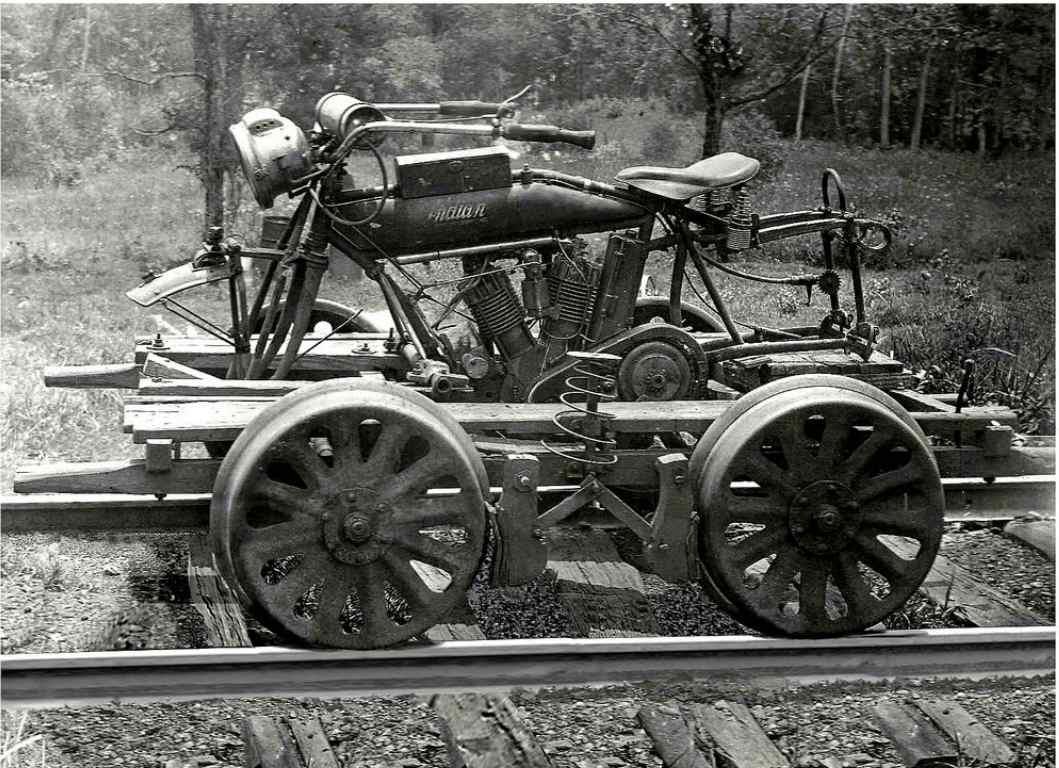 This is one of those images that I know nothing about but love anyway. We seem to be looking at an Indian motorcycle that’s been converted to run a small one man railcar, probably used by an railway inspector or engineer to check lines and perform maintenance tasks.

If you know more, educate us all in the comments below.