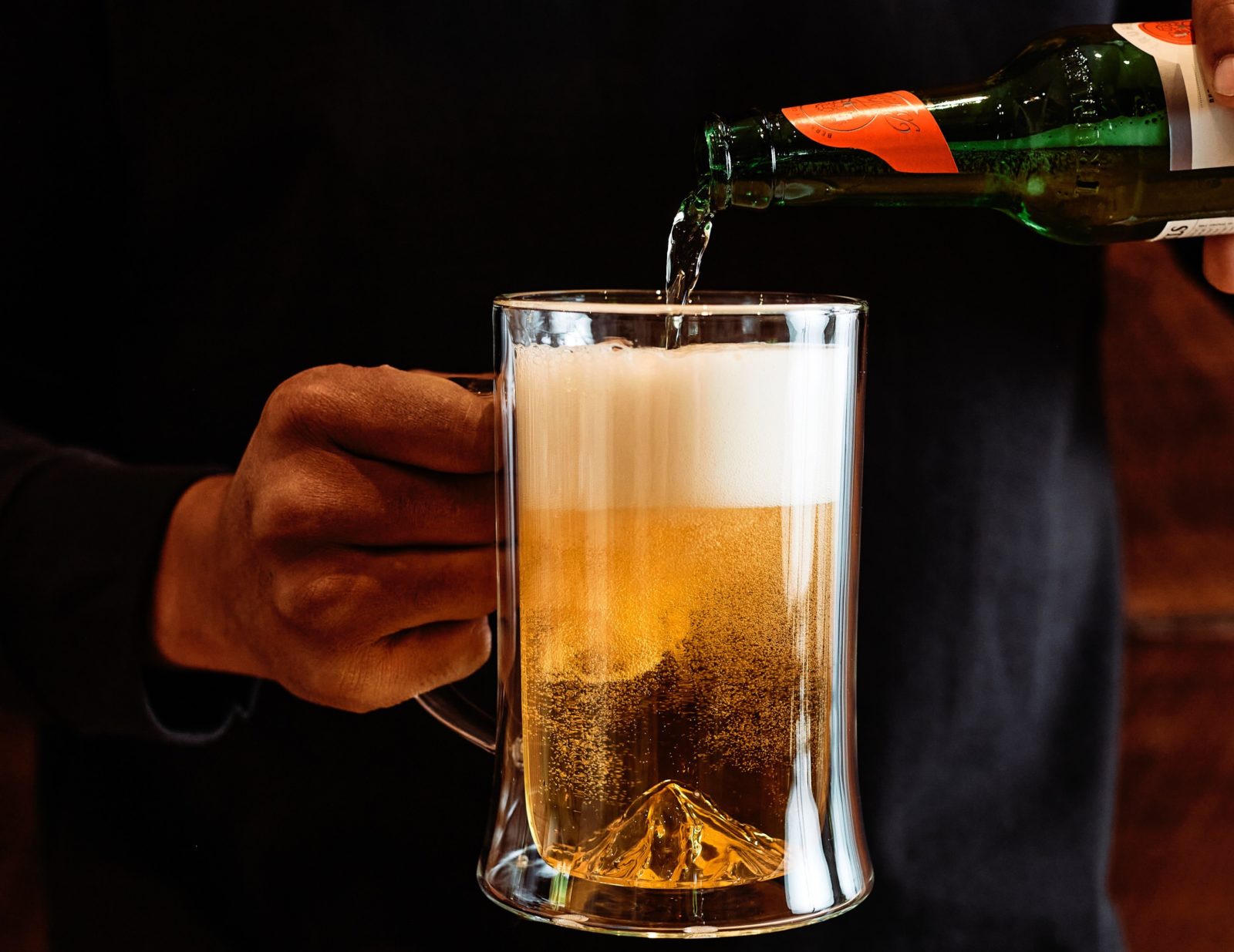 This is the new Double Walled Beer Stein from the team at Whiskey Peaks, it’s designed to keep your beer cold for longer thanks to the insulative properties of the twin wall design.

In the base of the glass you’ll find a raised topographic impression of Mt Hood, a potentially active volcano and one of the crown jewels of America’s Pacific Northwest. 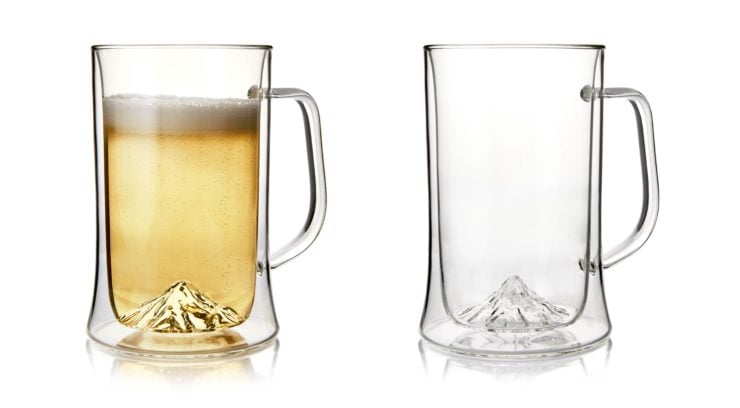 The double walled design helps to insulate the beer from the outside temperature, meaning it will stay cooler for longer, particularly in the summer.

Traditional beer glasses, steins, mugs, and other containers can tend to have a warming effect on the beer you place into them – unless you store your beer glasses in the freezer as the Australians are known to do.

Having an air gap between the inner and outer walls of the glass helps to reduce this warming effect, particularly in water climates, resulting in beer that stays cooler for longer. 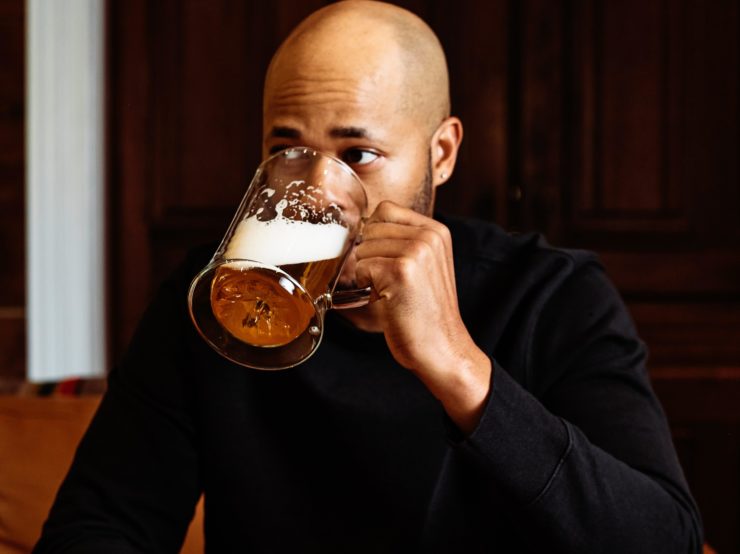 With a total volume of 25 fluid ounces or 740 ml, the glass is appreciably bigger than the standard 568 ml pint glass.

Whiskey Peaks have made a name for themselves with an interesting line of 100% lead-free handblown whiskey glasses that feature topographic impressions of mountains in their bases. This is their first beer glass and it’s already proving popular.

This beer stein can accommodate up to 25 fluid ounces of beer or 740 ml, this is a little more than the 568 ml in a regular pint meaning you can be a little more generous with yourself. It’s been a long couple of years after all, and you deserve it. 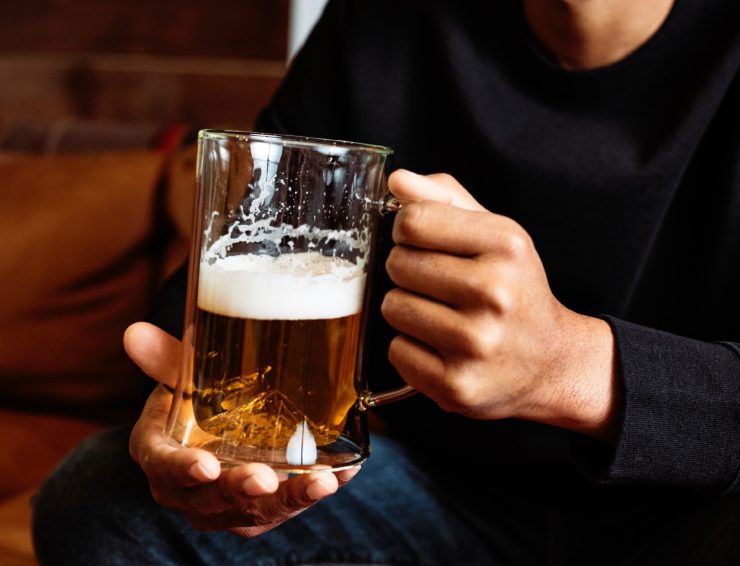 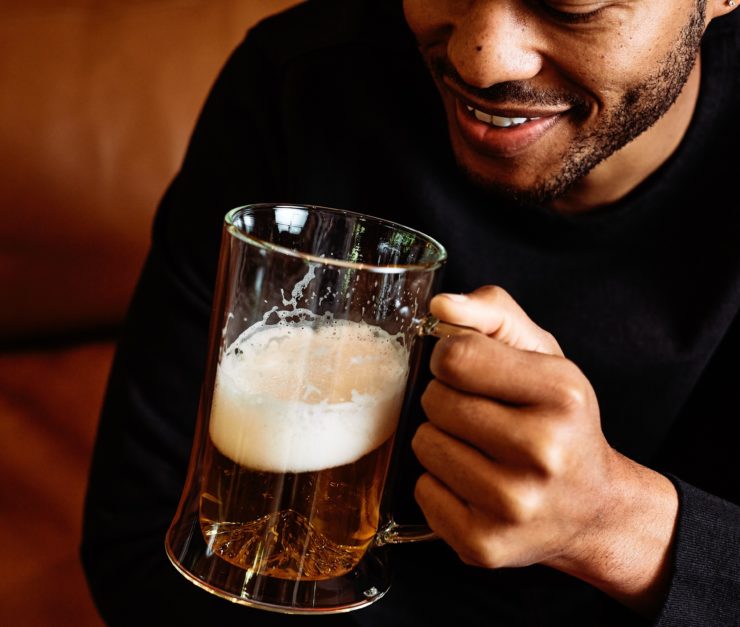 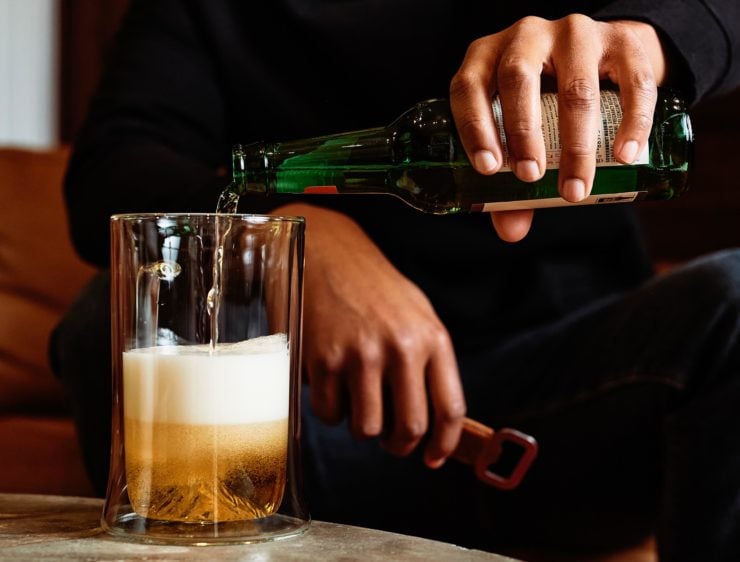