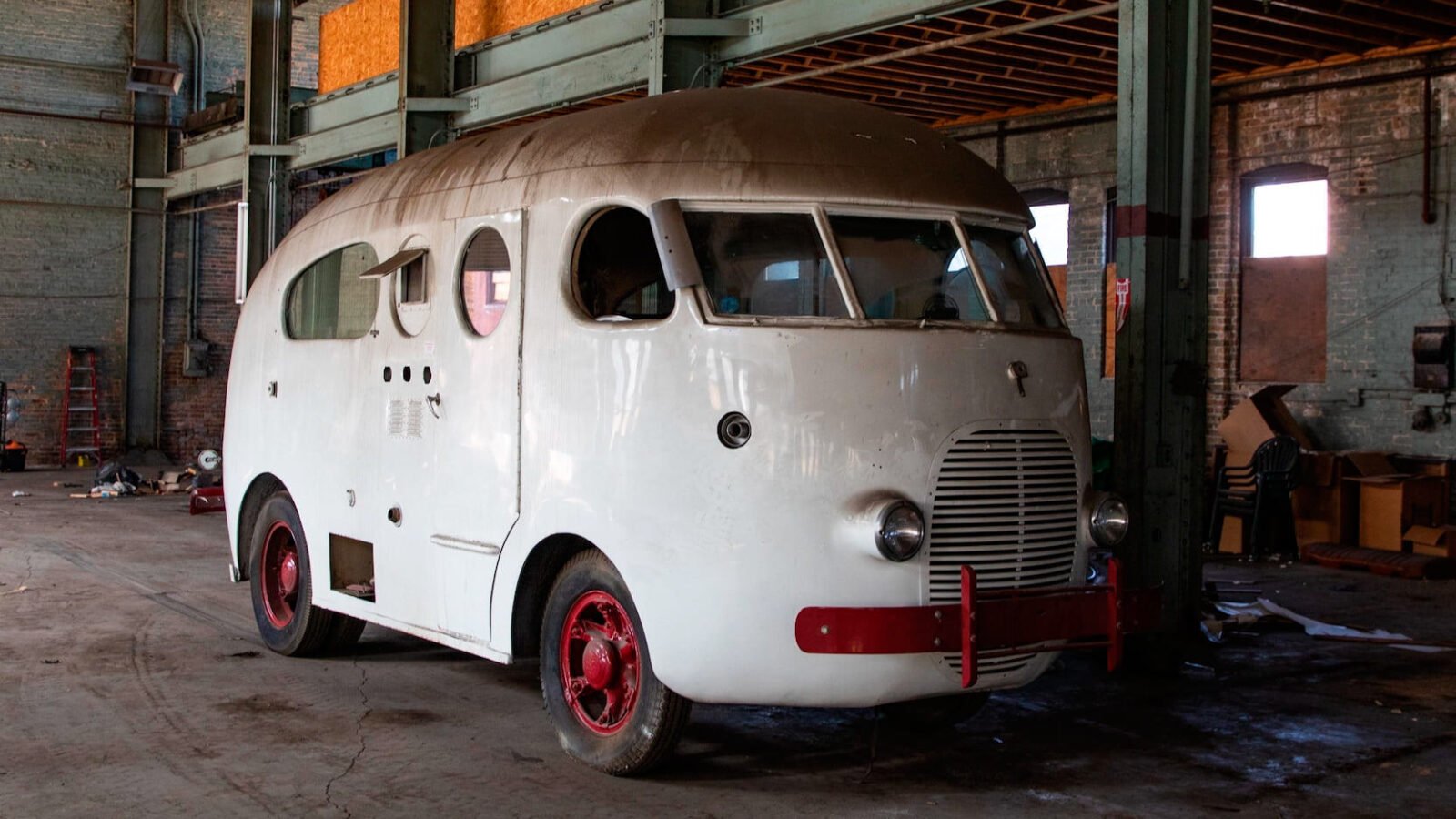 The series of Western Clipper Motorhomes were designed by the prolific and influential industrial designer Brooks Stevens, before the United States entered WW2 in the late 1930s and very early 1940s.

A number of unique though similar designs were used, they’ve been hailed as the most beautiful motorhomes of all time and compared with the Zeppelins that ruled the skies during the same era. The truth of the matter is that a shroud of mystery lies over the Western Clipper designs, no one seems to know how many were made or how many variations were made, and surviving examples only very rarely come up for sale.

What we do know is that Brooks Stevens was commissioned by the president of Western Printing to create over two dozen designs for motorhomes that were used as mobile sales offices. The concept of a mobile sales office was relatively new, inside each Clipper you would typically find comfortable sofas and chairs, tables, and cupboards full of samples. Some even had running water, toilets, and air conditioning. 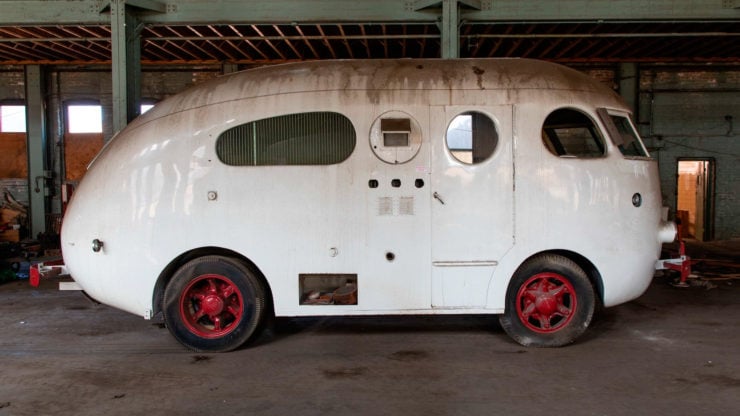 If you’re not familiar with the name Brooks Stevens you’re doubtless familiar with some of his designs, he’s the man who designed the Miller Brewing logo and convinced the company to use clear bottles instead of brown.

He also designed the Hydra-Glide Harley-Davidson which set the design language for many of the company’s models for the succeeding decades right up to the modern day. Among his many other designs are the Jeep Wagoneer, the Oscar Mayer Wienermobile, the Studebaker Gran Turismo Hawk, and a slew of other vehicles, appliances, and creations.

Most of the Western Clipper Motorhomes were fitted with flathead V8s and built on International cab-over-engine chassis. Some had front wheel drive systems to avoid the need for a rear-facing prop shaft which allowed a much lower floor and more interior space. This same idea was used decades later on the GMC Motorhome.

The 1937 Western Clipper Motorhome you see here is likely one of the earlier examples, it’s also one of the shortest wheelbase examples we’ve seen. Although the auction listing doesn’t mention it (at the time of writing) it does appear that this vehicle has had at least a partial restoration though it would have been many years ago. 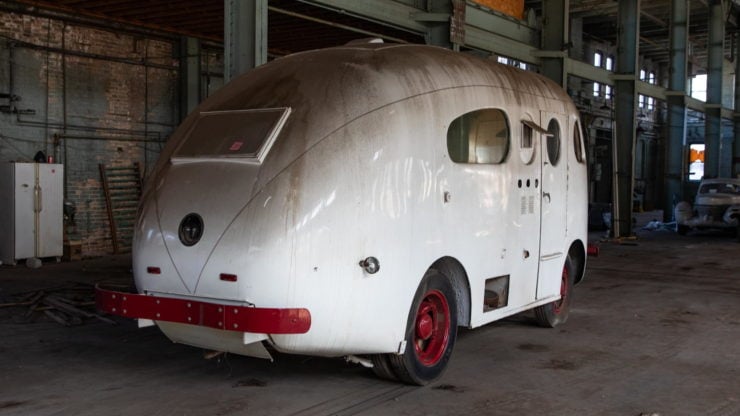 It’s currently fitted with a Chevrolet small block 327 cu. in. V8 which couldn’t be the original engine, as it first became available in the early 1960s (in 327 form). It’s likely the Clipper was powered by a flat head V8, many of the other examples were, but whatever the original engine was it was swapped out for an easier to manage small block that offers a nice power boost too.

The stunningly beautiful design of the Western Clipper Motorhome is reminiscent of the era in which it was born, it’s doubtless one of the most beautiful motorhomes ever made and its price estimate of between $20,000 and $30,000 USD makes it seem like a genuine bargain for the right buyer.

It’s clear that it will need a restoration, though it does appear complete with all major components accounted for. If you’d like to read more about this vehicle or register to bid on it you can click here to visit the listing on Mecum. 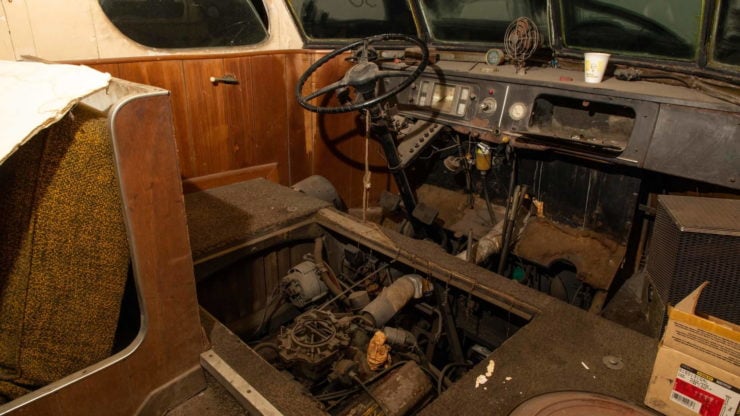 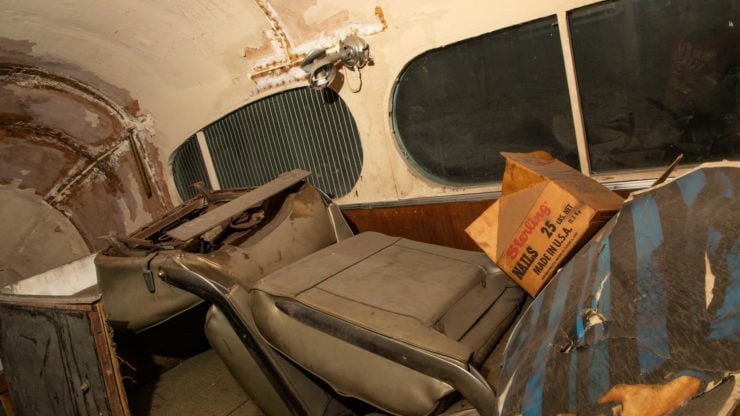 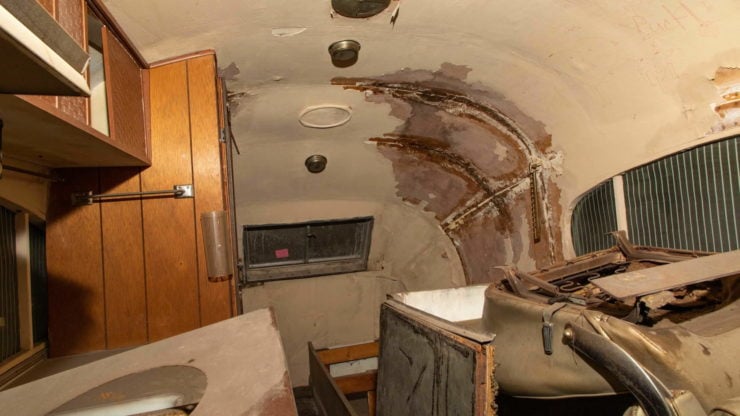 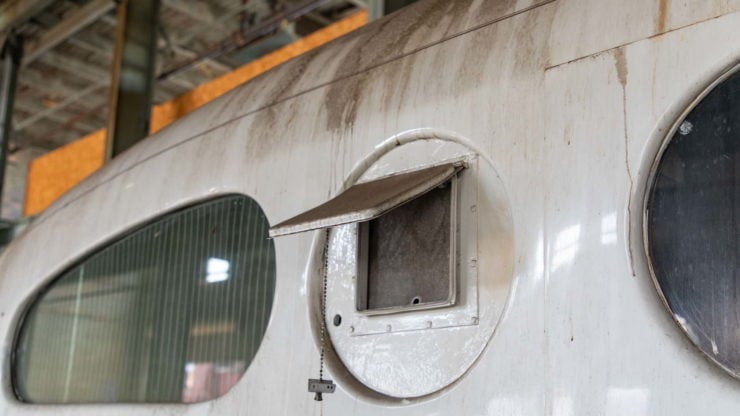 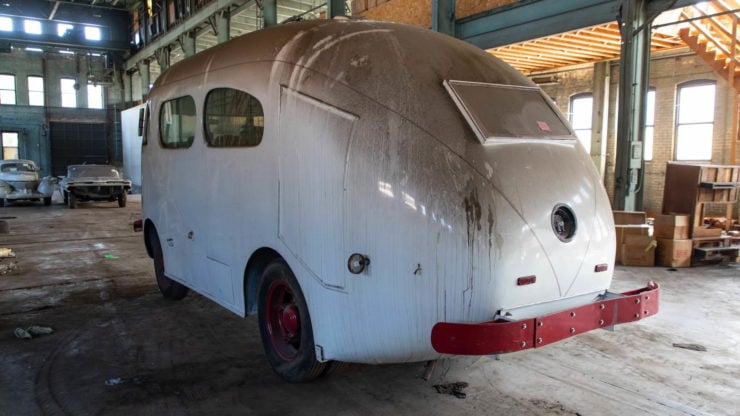 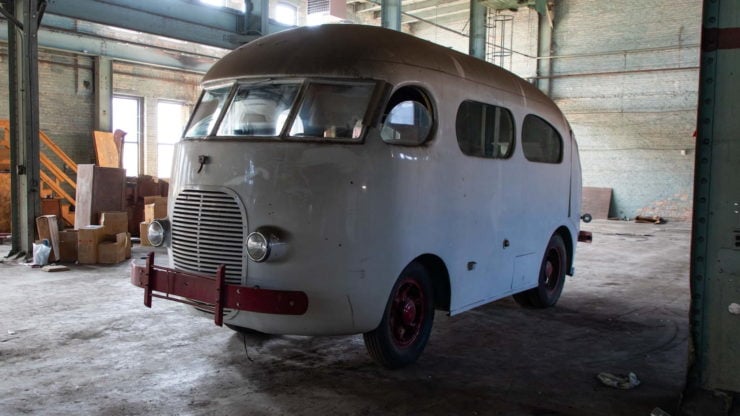 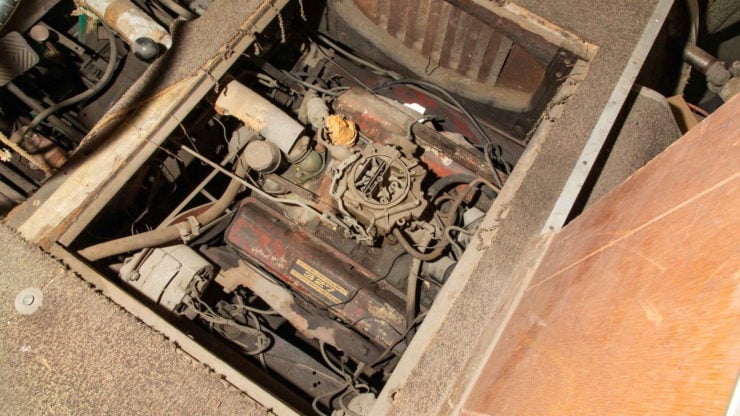 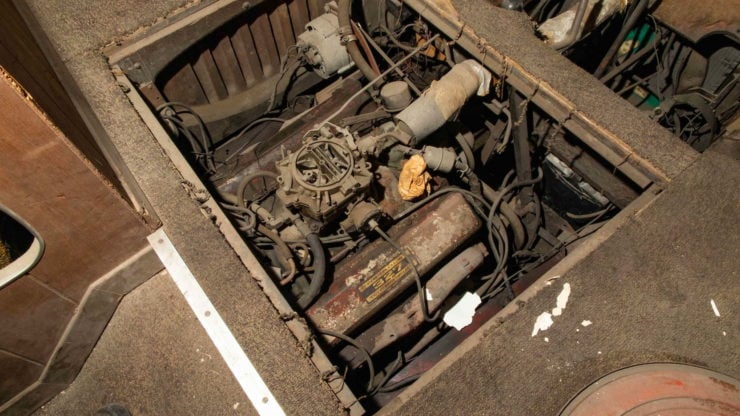 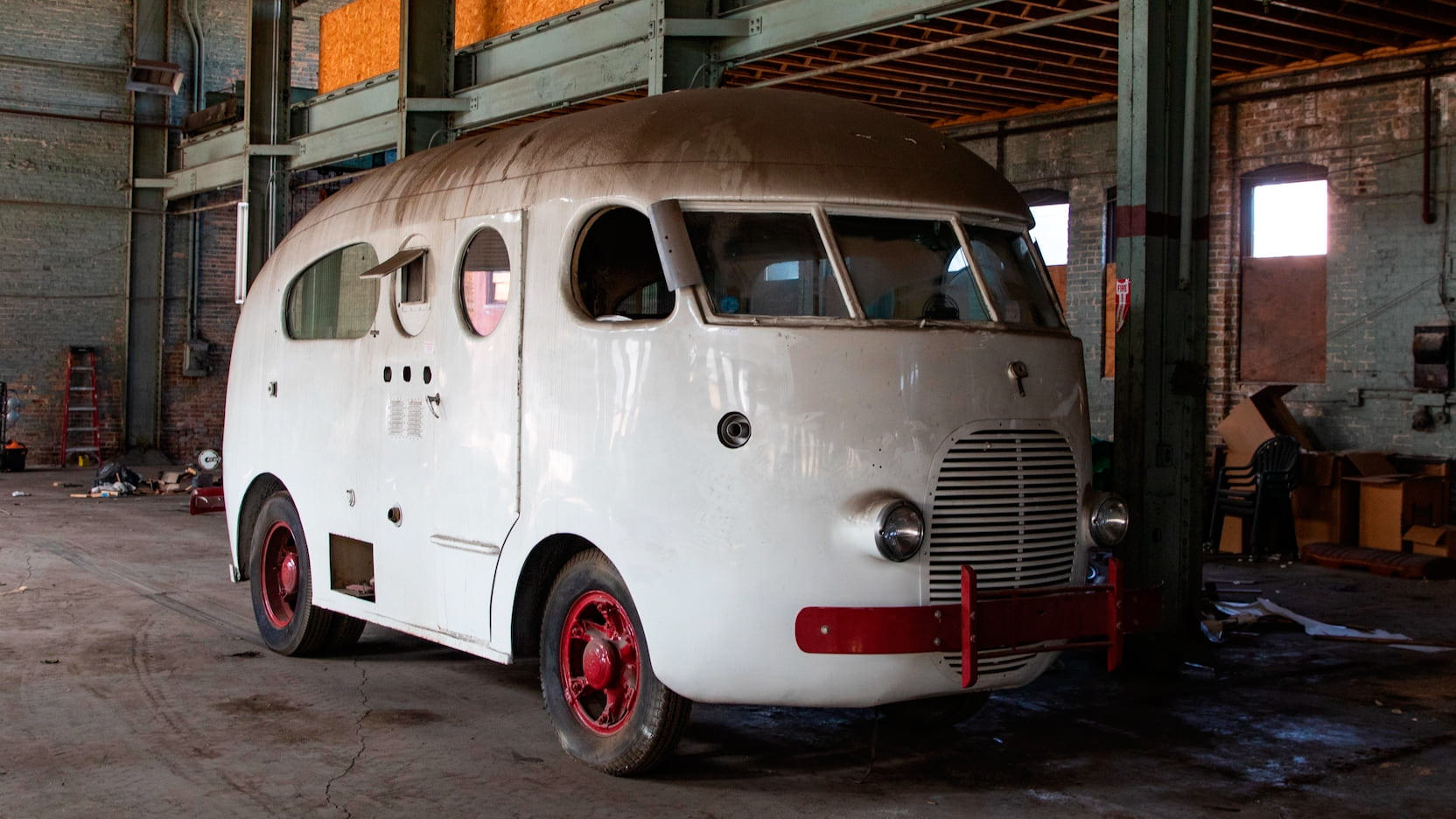