The West German 500cc Motorcycle Grand Prix was to be the last race to be held in West Germany, a year later in 1990 the Berlin Wall had come down and the race was simply titled The German Grand Prix”.

The race was held at the world famous Hockenheimring, interestingly it was one of the first races to see riders using carbon brake discs – a feature that’s now commonplace across most forms of high-level motorsport. If you have 46 minutes spare you might want to make yourself a cup of coffee, turn up the volume and hit play. You won’t regret it. 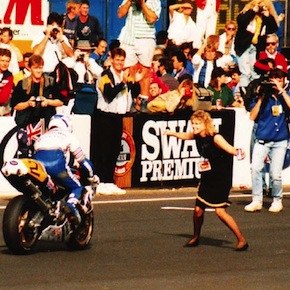