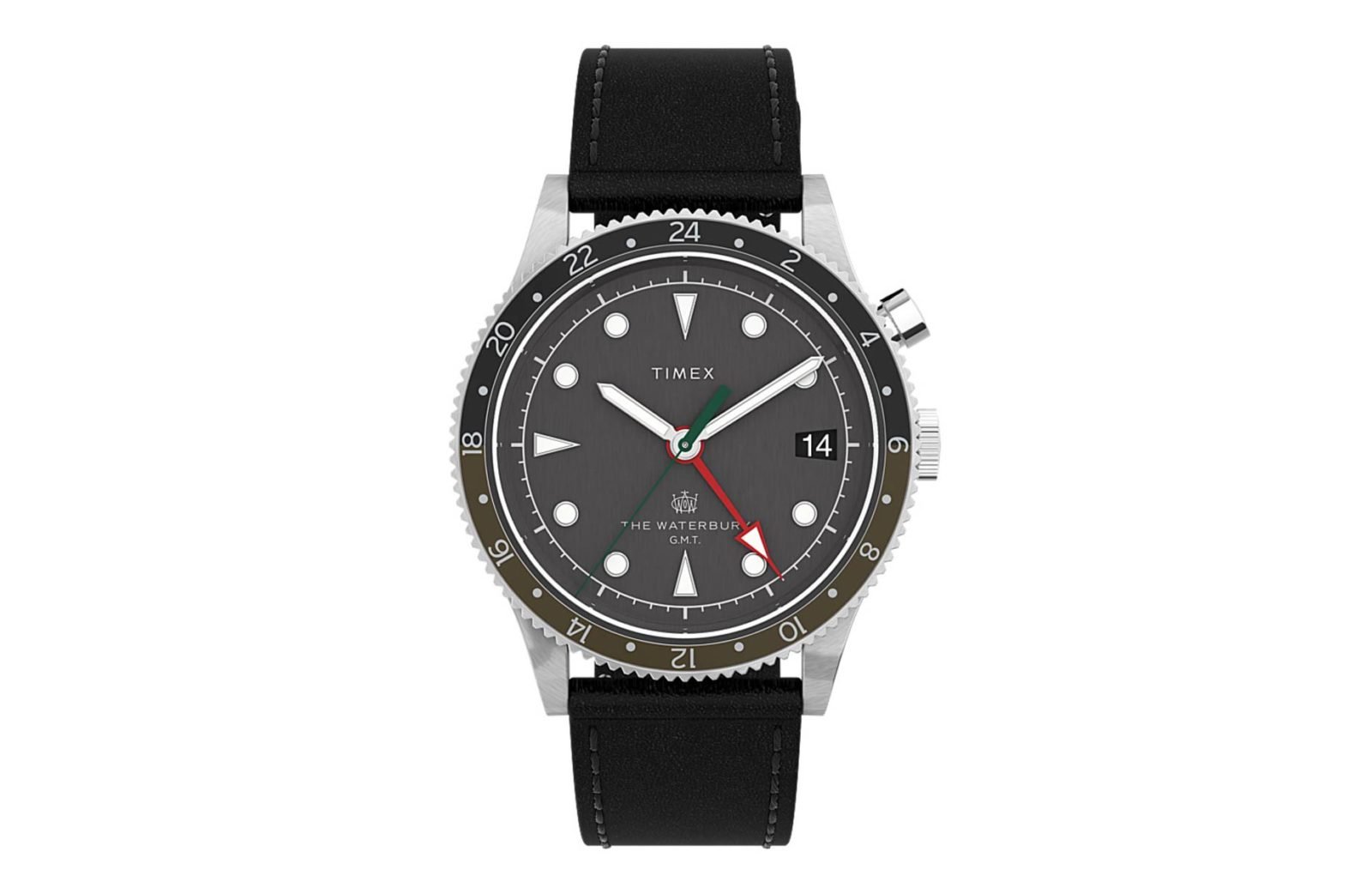 This is the new Waterbury Traditional GMT, it’s a member of the new higher end line of watches from Timex using the company’s original name – Waterbury after the Waterbury Clock Company that was founded in Waterbury, Connecticut in 1854.

Back in the mid-1800s Connecticut’s Naugatuck River Valley was known as the “Switzerland of America,” countless companies were producing millions of clocks annually for both domestic US use and for international markets.

Amidst this swirling hive of horological activity was the Waterbury Clock Company, it was founded by brass manufacturer Benedict & Burnham to build clocks using brass wheels, gears, and other components. 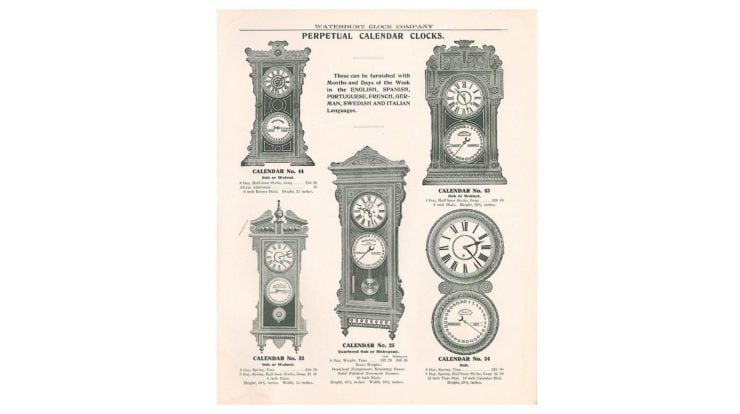 This is an original advertisement from the Waterbury Clock Company, customers could customize their clocks with their own languages including English, Spanish, Portuguese, French, German, Swedish, and Italian.

The company quickly grew to become one of the biggest, they soon diversified into pocket watches then into wristwatches, under the Waterbury Watch Company name. The company produced many millions of watches for the war effort during WWI, they proved particularly important for artillery gunners who needed to keep accurate track of time.

Later during the Great Depression, a time that killed off many watchmakers, Waterbury formed a license agreement with Walt Disney and released the now legendary Mickey Mouse watch, with Mickey’s arms forming the hour and minute hands. This watch alone saved the company.

As the clouds of conflict once again descended across the world, this time due to WWII, Waterbury this time focussed on the manufacturing of precision timers in very high volumes – a critical necessity for the Allied war effort.

After the war the company as awarded the Army-Navy “E” Award for excellence and changed its name to the United States Time Corporation. In the 1950s the company became a major manufacturer of military fuses, gyroscope, accelerometers, guidance sub-system, and other small precision components. 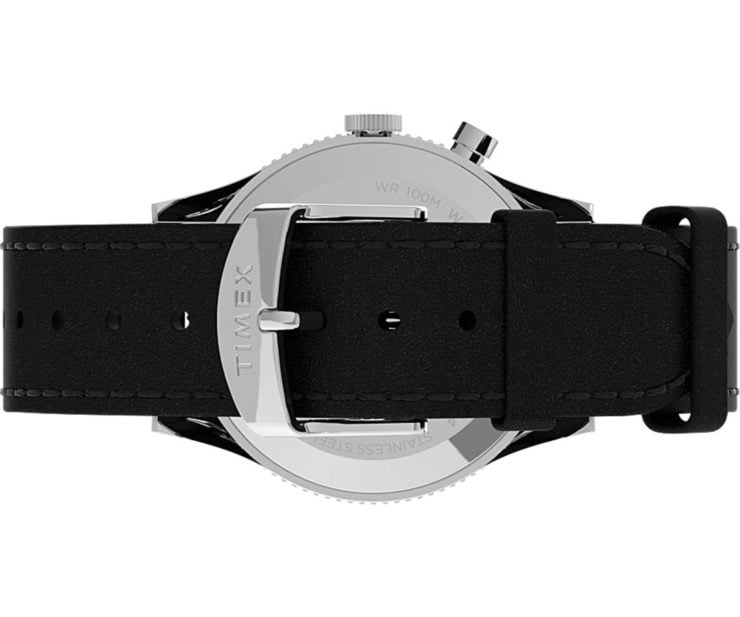 The Waterbury Traditional GMT has a stainless steel case, a black leather strap, and an MSRP of $199 USD.

The Timex name was first used on watches in 1950, the company pioneered the use of Armalloy in their watches, it allowed them to build precision mechanical movements without the use of expensive jewels as bearings.

The company is now the largest American watchmaker in the world, and perhaps ironically they now produce a slew of luxury watches for European brands including Versace, Versus, Salvatore Ferragamo, and Vincent Bérard.

The Waterbury Traditional GMT is the halo model in the new Waterbury line of higher-end watches from Timex. The company explains that the design pays homage to their early wristwatch models, and the original Waterbury Watch Company logo appears on the dial, crown, and second hand.

The watch has a 39mm stainless steel case with a stainless steel back, a mineral glass crystal, a stainless steel top ring, and it’s water resistant to 100 meters. It can tell time for two time zones thanks to the rotating bezel, it has a date window at the 3 o’clock position, and it has a black leather strap.

The movement is a reliable battery-powered quartz unit, which helps keep the MSRP down to $199 USD. There are a few different colorways available for the Waterbury Traditional GMT, we’ve shown the black version in this article. 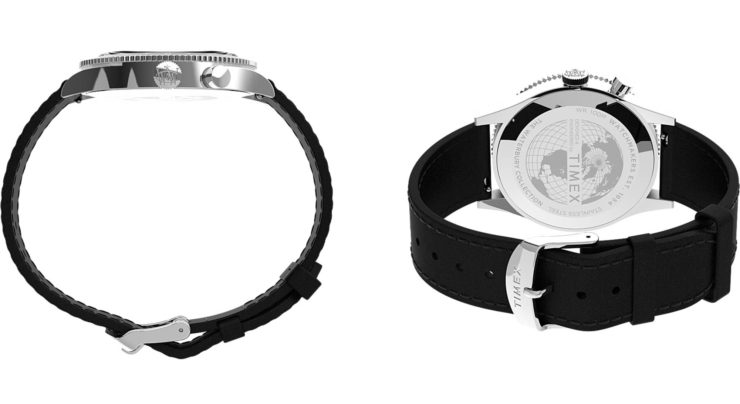 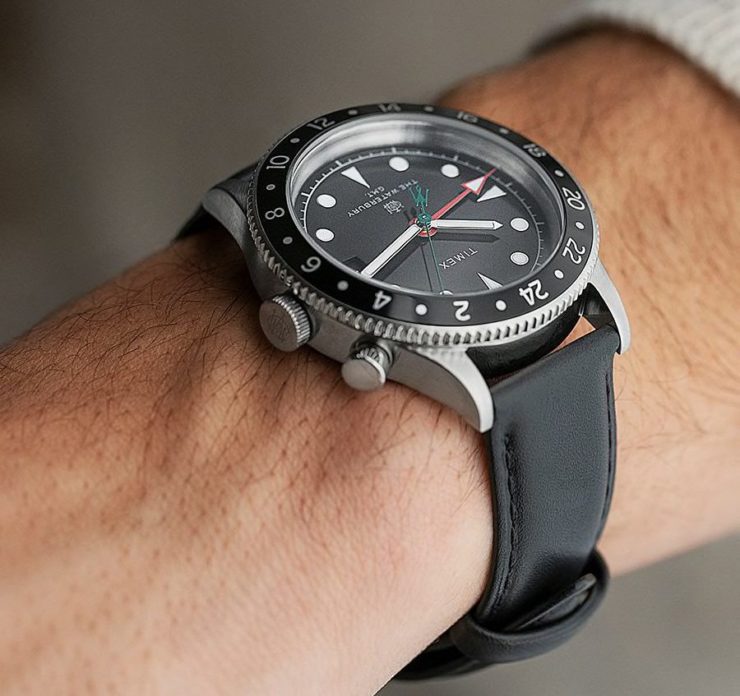