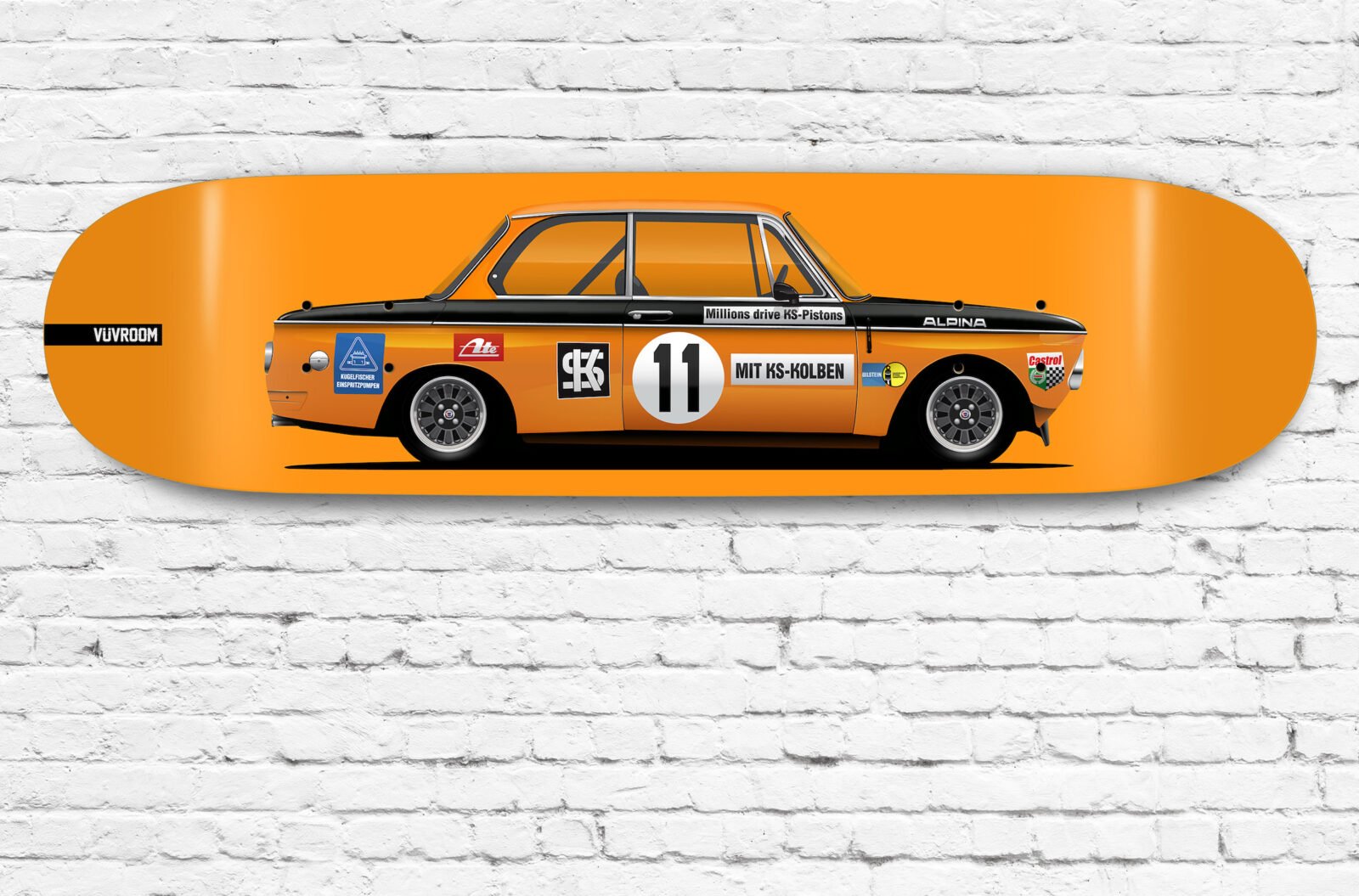 These classic car skateboard decks by Vuvroom were designed by Brian Dooley, an illustrator with a life-long affinity for vintage motoring. Dooley founded Vuvroom as a platform to create and sell his work as an independent artist.

Dooley’s latest design is a series of three skateboard decks featuring an Alfa Romeo Giulia Sprint GT Veloce, a BMW 2002 Alpina, and a BMW 2002 Turbo. All three of these will be immediately familiar to any fan of vintage motoring, and all of them tend to sit quite high on people’s automotive bucket lists. 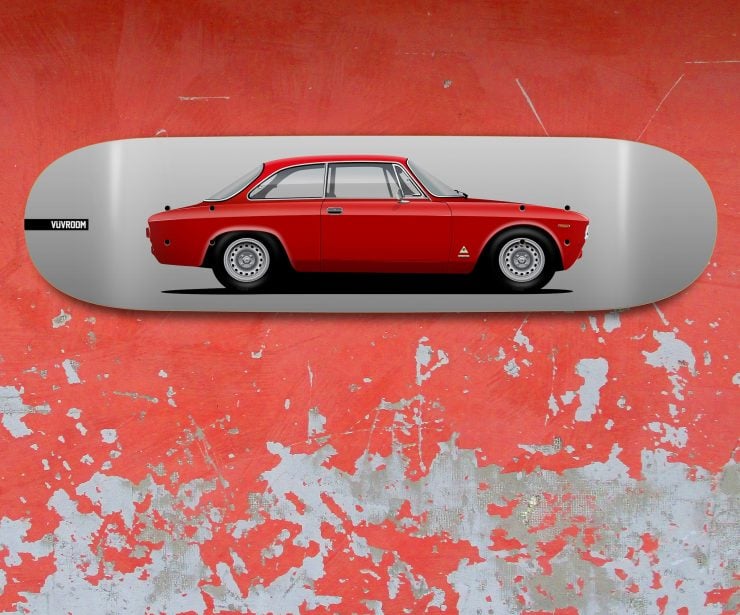 The deck has a steep concave and the high-quality artwork is made possible thanks to it being a digitally printed transfer.

Many customers never ride their Vuvroom decks, they use them as wall art and it’s not hard to see why. They’re ideally suited to adorning the walls of homes, garages, offices, and lounges.

Each one costs a very reasonable $60 USD with $15 flat rate shipping in the USA, if you buy two or more Brian will ship them to you for free. At the moment there’s no option for international shipping, but if the demand is there it could be an option in the future. 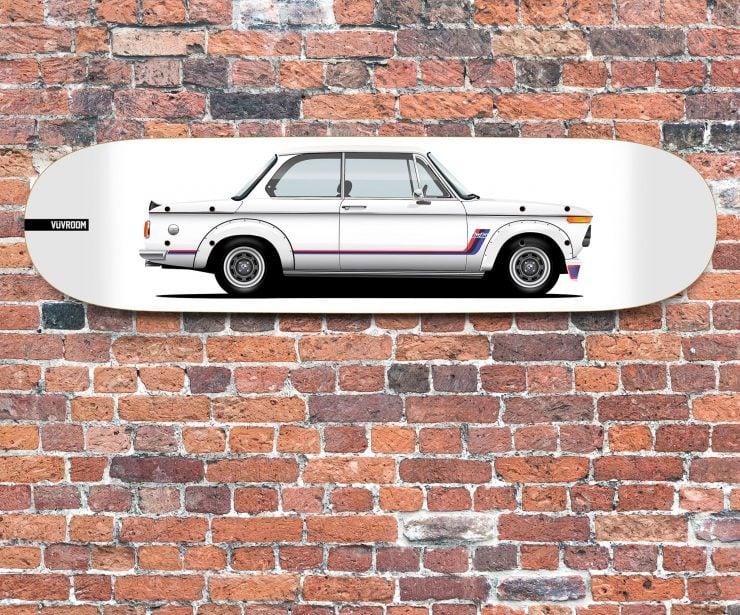 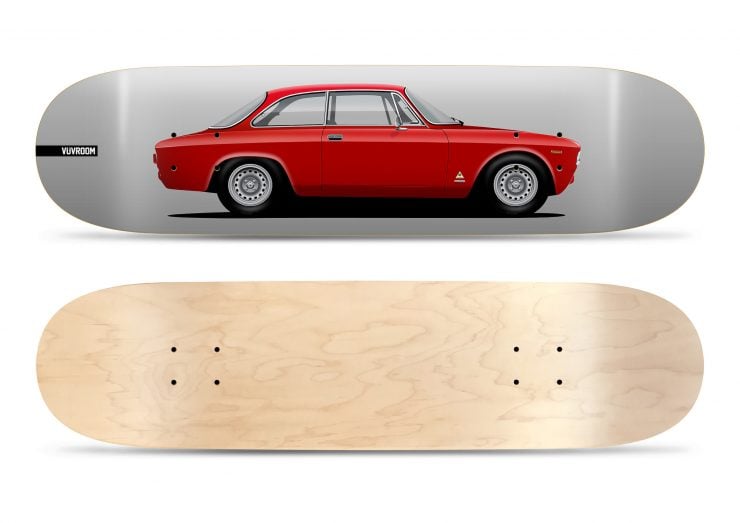 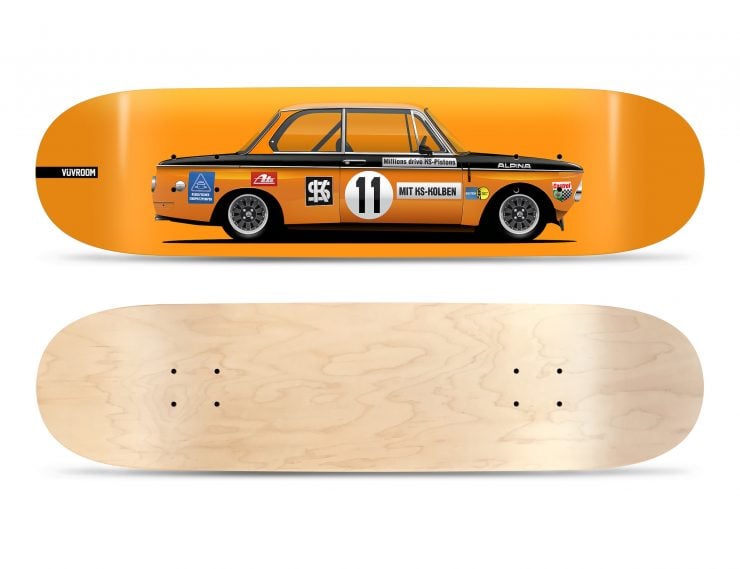 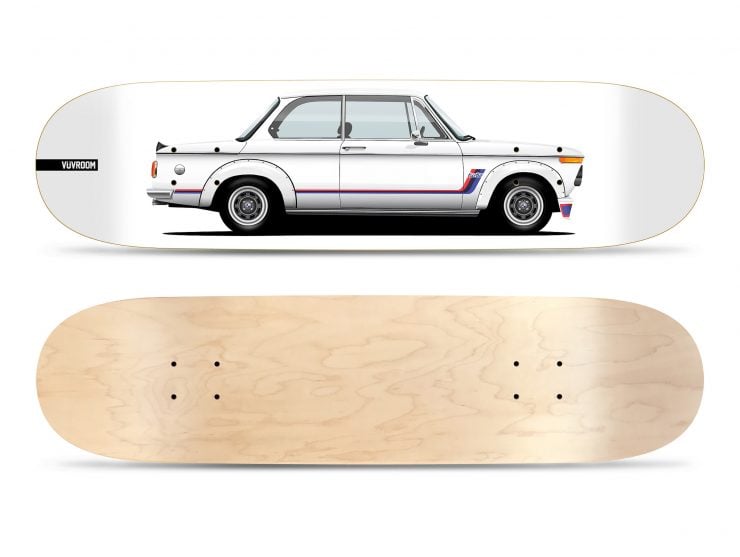 The Schuberth E1 Gravity helmet was developed to be a genuine dual-sport helmet, capable of both high-speed highway riding and off-road riding, without compromising on either. The key to the helmet’s design in the wind-tunnel…

This highly unusual 1933 Chevrolet custom car is thought to be the first complete car built to a design by Alex Tremulis, the legendary American car designer who would go on to design vehicles as…