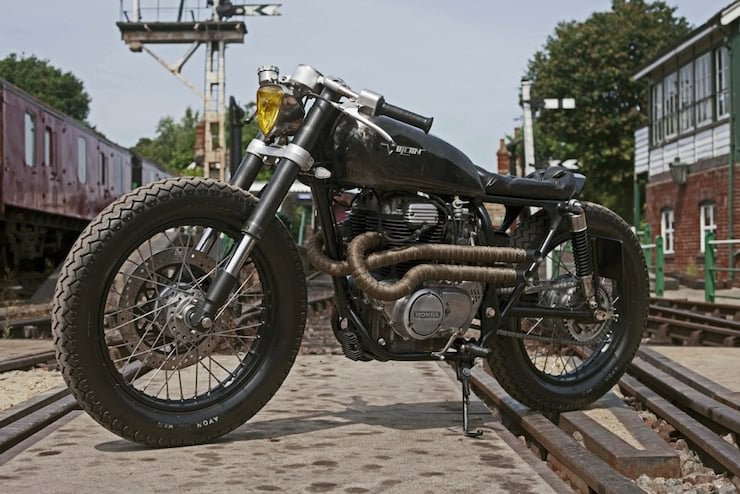 The humble Honda CB250 is a motorcycle that’s been surprisingly popular in the custom scene, the most famous is probably Much Much Go – a bike we featured all the way back in 2010 when Silodrome was just 3 months old.

Since then we’ve seen a few others, most notably the CB250N by Ellaspede which is still once of the best looking 250cc bikes you’ll find anywhere on the internet or beyond.

So with this history in mind, it was with great interest that I unzipped a file from Old Empire Motorcycles last week to see their latest creation – a bike dubbed “Vulcan” that’s based on a CB250 from the land of the rising sun. 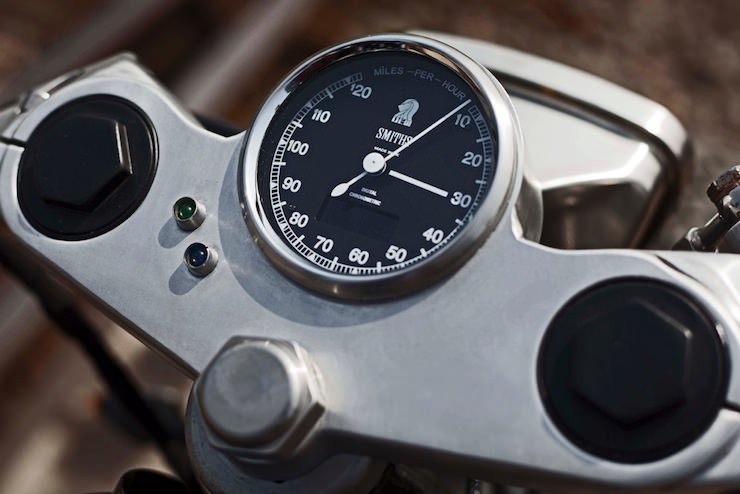 Old Empire Motorcycles, based in the UK and often just referred to as ‘OEM’, picked up a CB250 in need of work and decided to bring a certain amount of industrial charm to the old 1975 twin-pot. They started by tearing off the front forks and adding a pair of USD units from an Aprilia RS125, the frame was modified, new rear shocks were added, an unusual front light was bolted on and K&N air filters were strapped to the carburettors.

Once the major engine work has been completed a custom seat that looks for all the world like an old English chesterfield sofa was added, a Smiths Chronometric Speedometer was used to replace the worn out Honda one and a well-designed leather battery satchel was installed.

The finished bike has a nice low profile look to it, it evokes influence from some of the more popular Japanese custom houses but has a flair to it that’s unmistakably English. Which isn’t a bad thing. 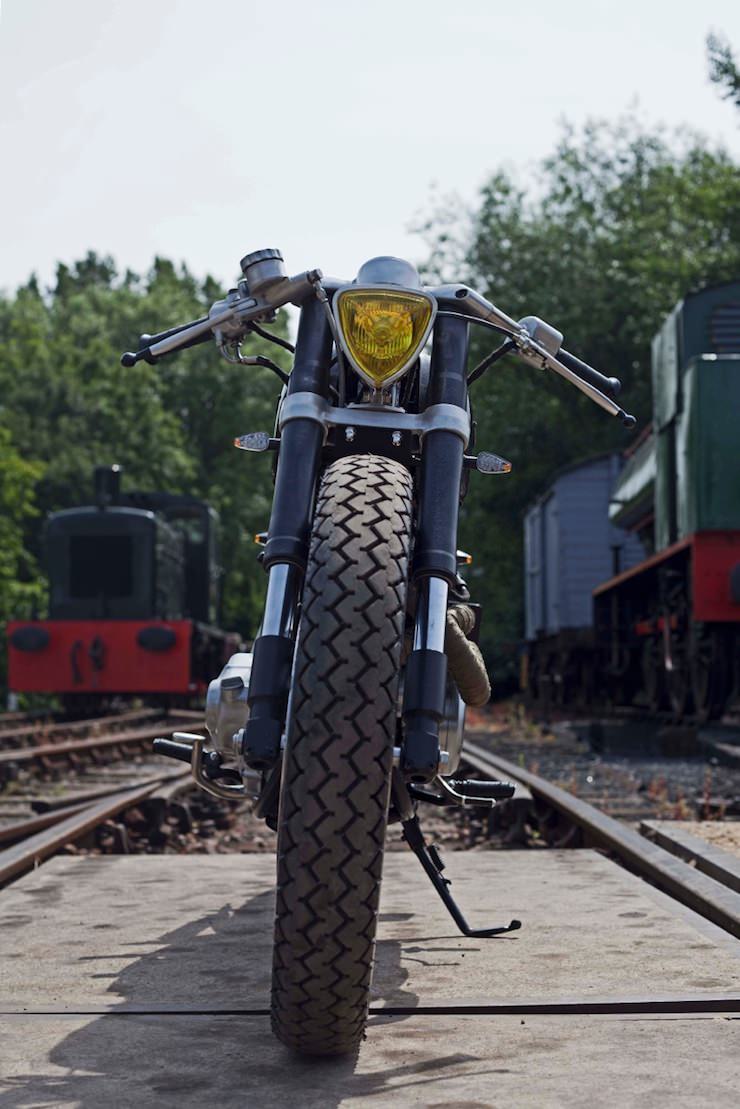 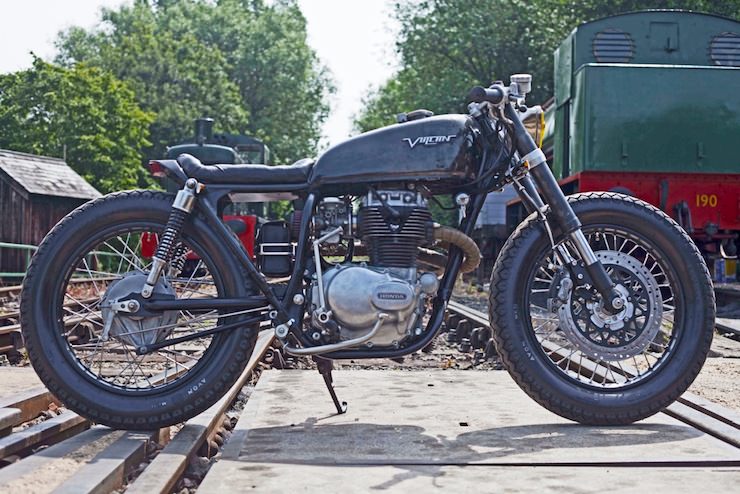 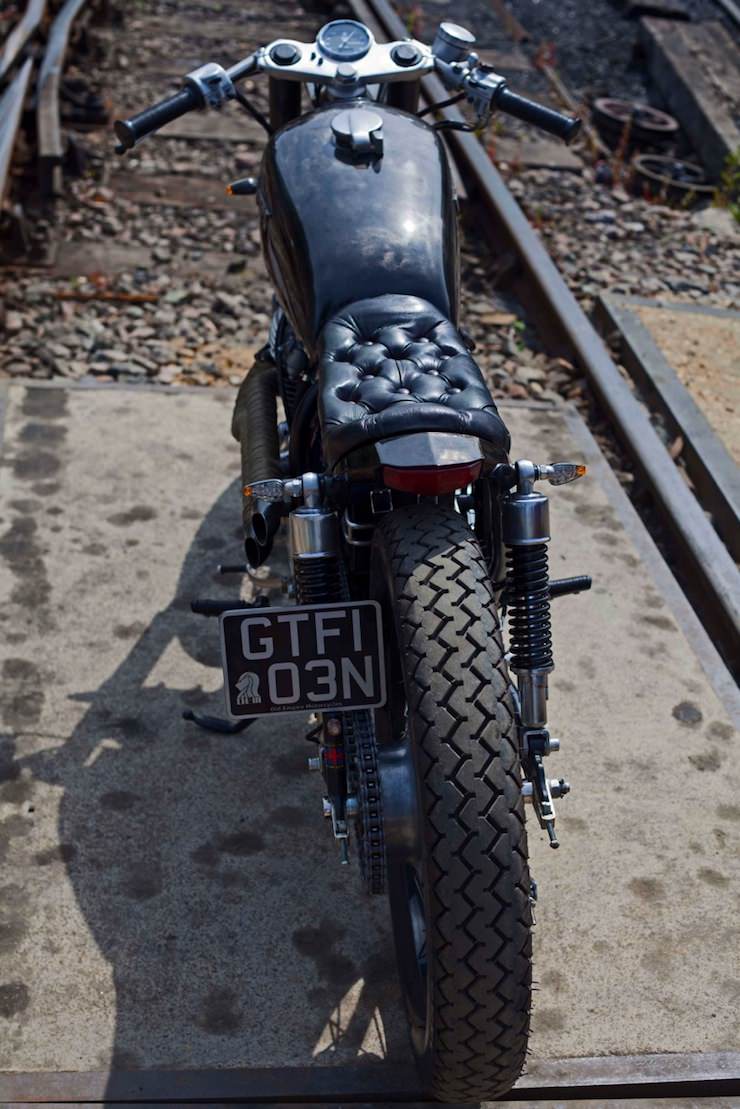 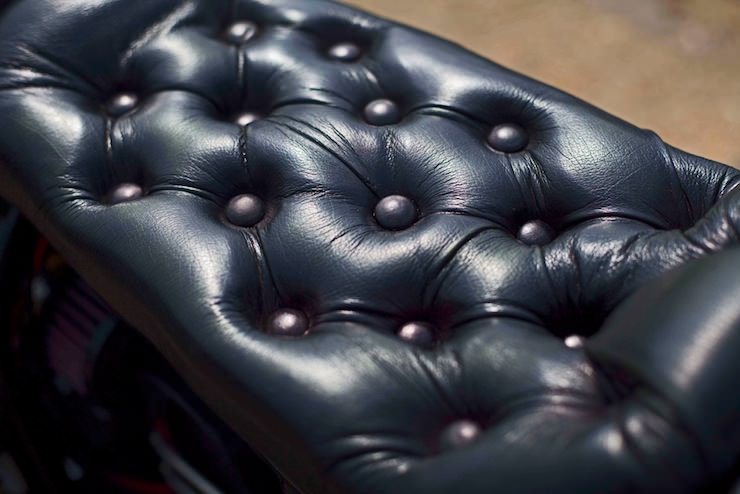 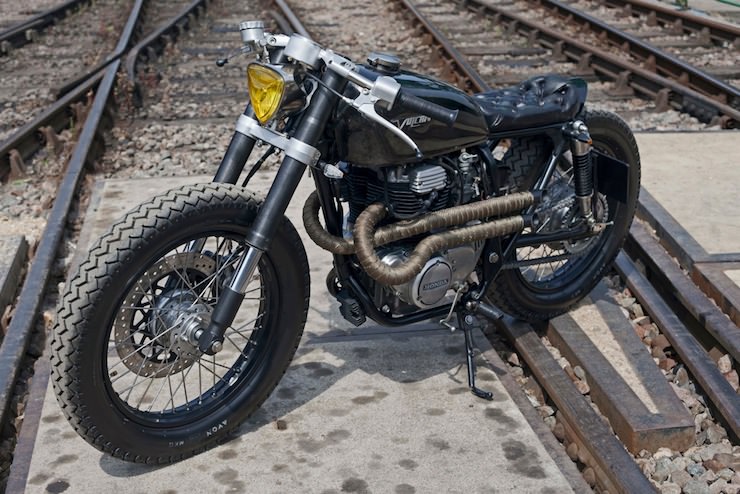 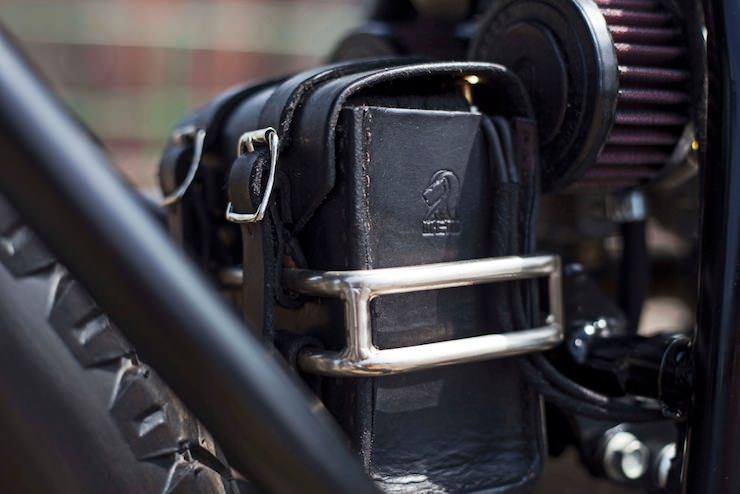 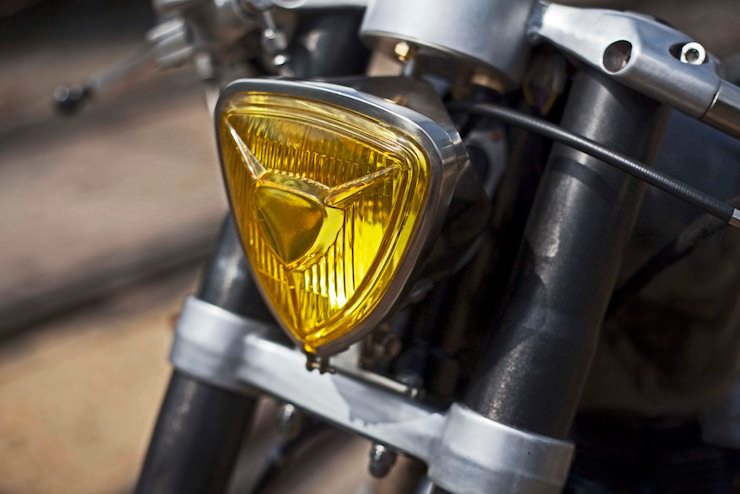 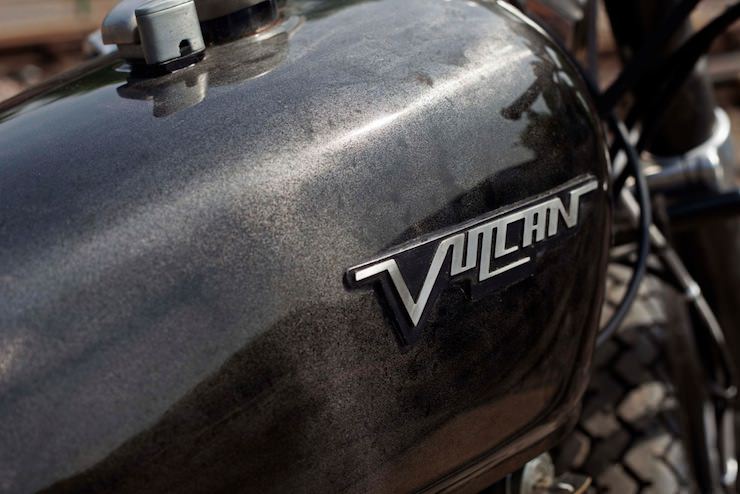 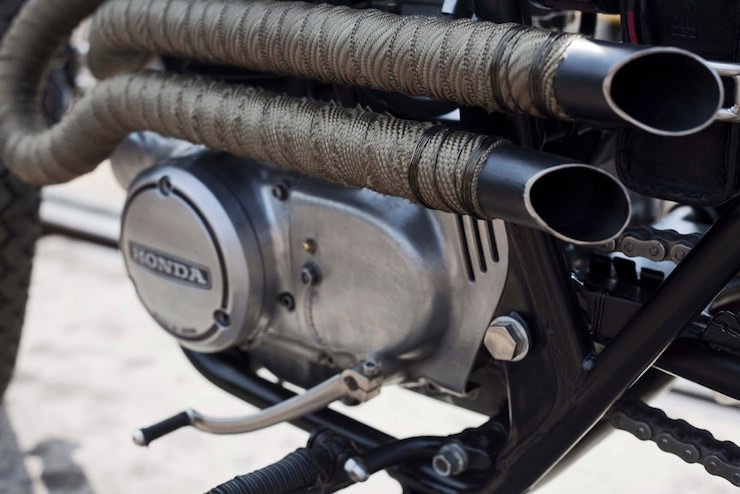 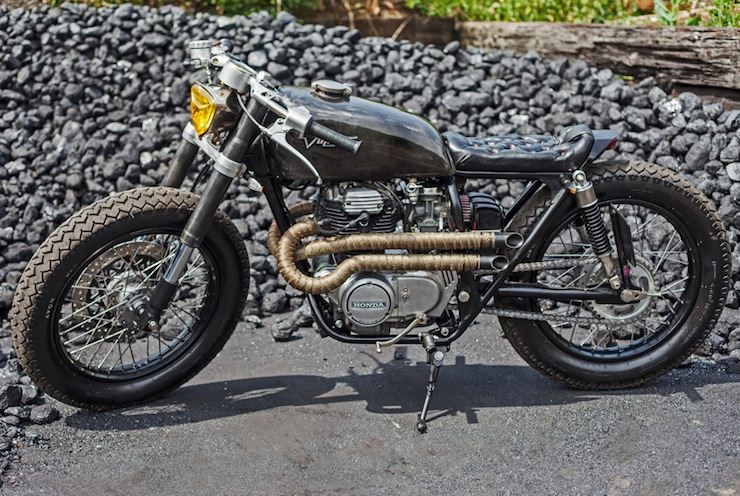 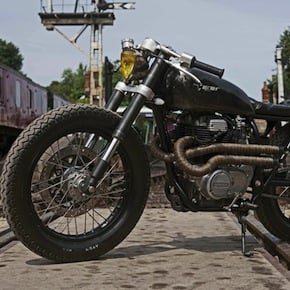