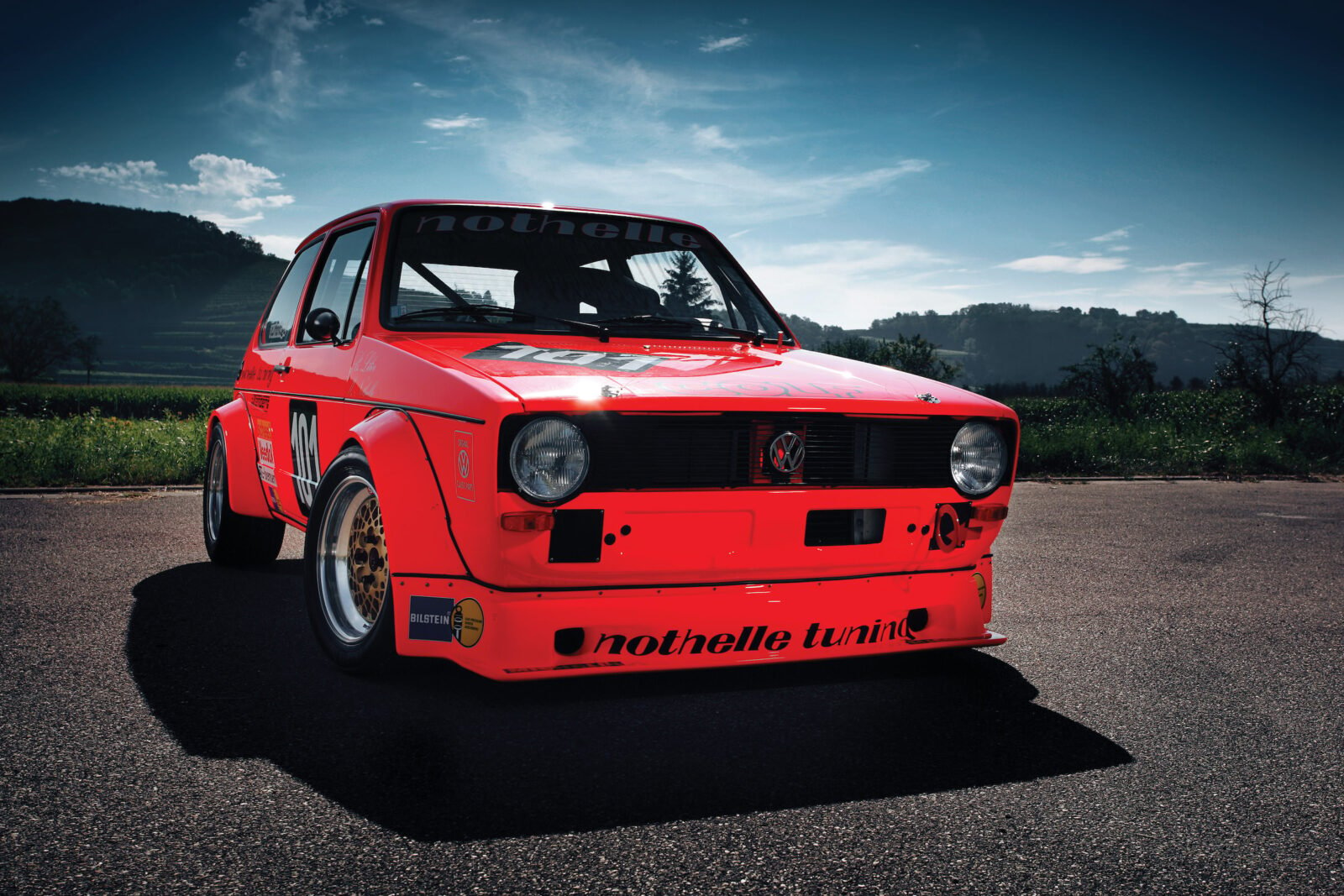 This is the world’s first racing Golf. It’s a 1975 Volkswagen Golf Mk 1 that was built to Group 2 specification by Rolf Nothelle, the car is historically significant not just because it’s the first Golf race car but because it pre-dates the Golf GTI.

Due to the fact that a performance version of the Golf (known as the Rabbit in North America) had never been built before, Rolf Nothelle and his team found themselves needing to design and fabricate many of the parts required for the conversion from road car to Group 2 racer. 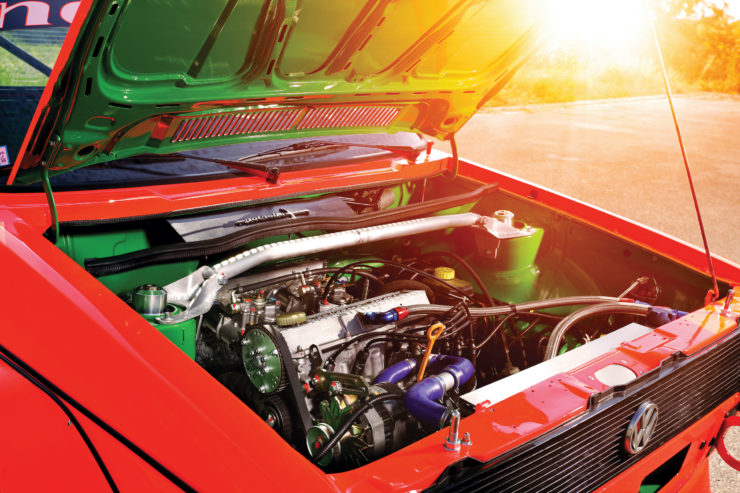 The Golf was a direct replacement for the Volkswagen Beetle, sales of the latter car had been troubled for some time – partly due to the fact it was antiquated by the standards of the 1970s and partly because of a study published in 1972 by the Center for Auto Safety titled “Small–on safety: the designed-in dangers of the Volkswagen”. This study showcased the dangers of the Beetle (though some have since claimed it was overblown) and sales of the car suffered.

The Mk1 Golf was famously designed by Giorgetto Giugiaro at Italdesign, widely considered the most important automobile designer of the 20th century, years later he would point to the Golf as one of his most important works.

Whereas the Beetle was a collection of curves the Golf was designed using Giugiaro’s “folded paper” origami style. This wouldn’t be the only difference between the two cars, the Beetle famously used an air-cooled rear mounted motor with rear-wheel drive and the Golf would use a liquid-cooled, front mounted, front-wheel drive layout not dissimilar to the British Mini. 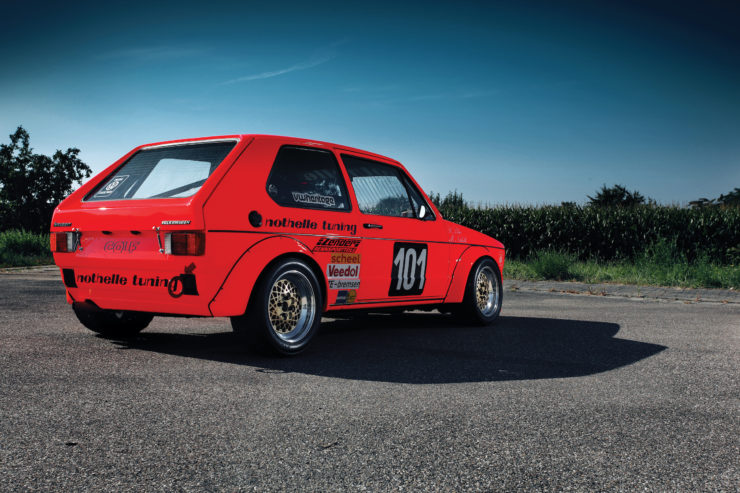 Due to the controversy surrounding the crash safety of the Beetle the executives were in no hurry to develop a performance version of the Golf. The car was originally released in 1974 but the GTI wouldn’t go on sale for another two years.

This car was developed by Nothelle and it was raced for the first time at the Circuit Zolder in Belgium. The bright red paint scheme and the sight of a fully Group 2 race prepared Golf must have been quite the sight for those in attendance, later that same year the car took its first win at the Hockenheimring in Germany with Bernd Lilier behind the wheel.

The car was originally fitted with a 1.6 litre OHC inline-4 producing 162 bhp at 8,000 rpm, it was then later homologated with a 1.8 litre turning out 175 bhp, this more powerful engine was fitted with twin Weber 45 DCOE carburettors, a contactless ignition, and a bespoke performance exhaust. 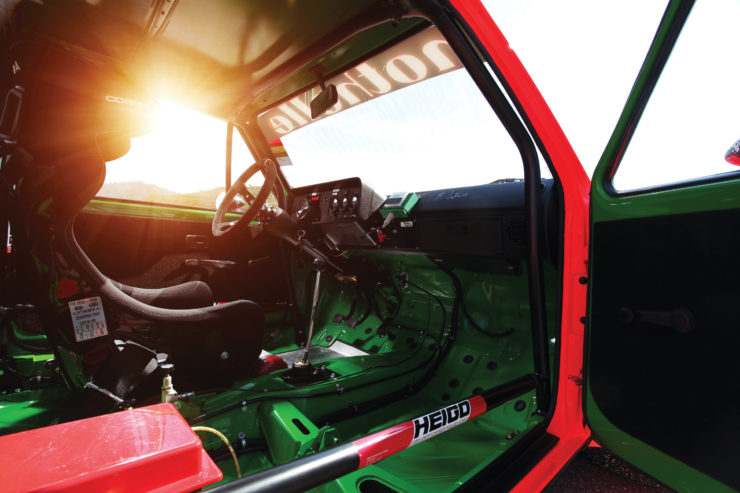 The car was stripped of all excess weight and fitted with a full roll cage, a body kit with wheel arch extensions and a front air dam, BBS wheels, Uniball suspension, and a racing brake system with 4-piston front and 2-piston rear callipers.

In 2011 the car was rebuilt by its creator’s son Marcus Nothelle and his company on behalf of Volkswagen AG, it was then shown to the public at Techno Classica in Essen, Germany, in 2012. It is noted to be in excellent condition and ready for immediate use. Various spare parts are included, including a replacement motor and gears along with many other original Group 2 parts.

If you’d like to read more about this remarkable Golf or register to bid you can click here to visit its listing on RM Sotheby’s. 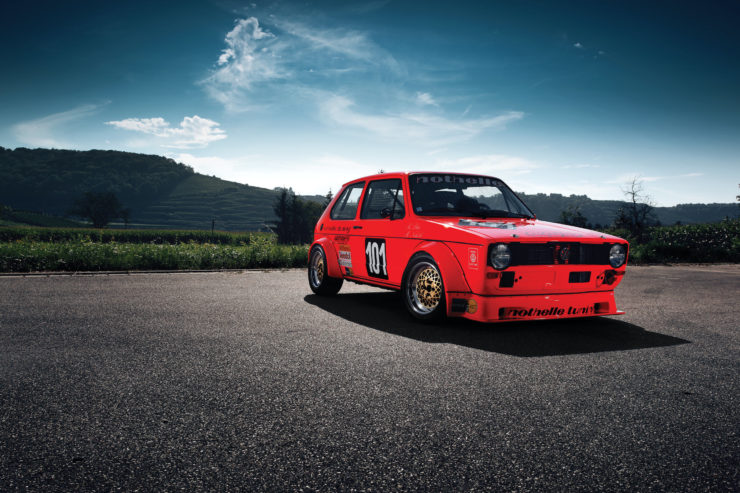 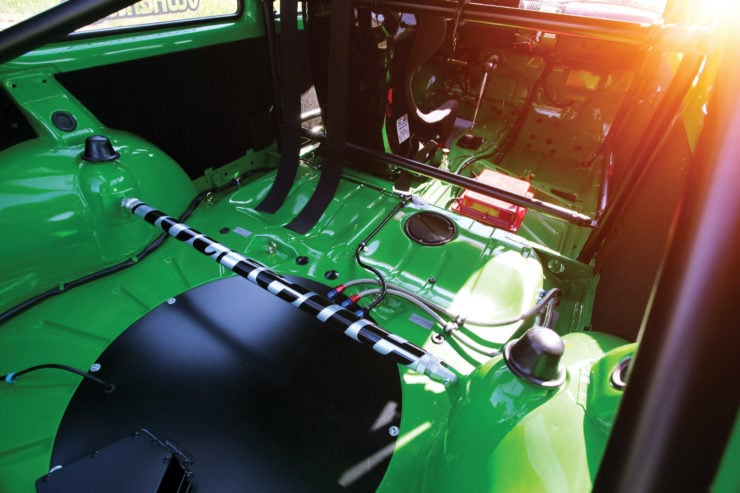 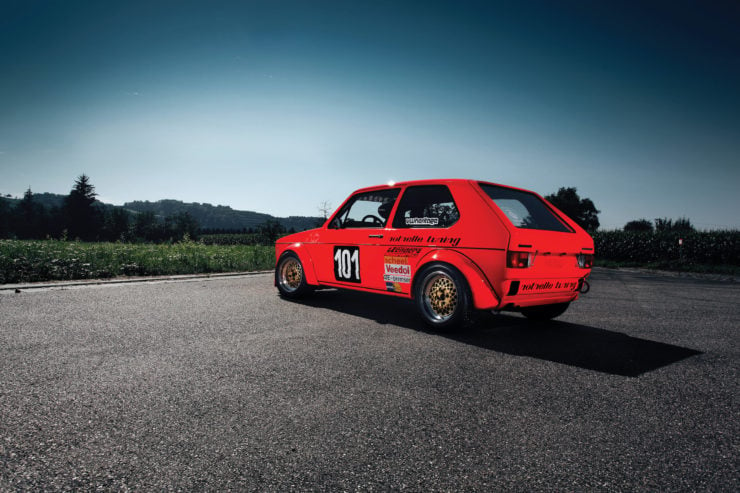 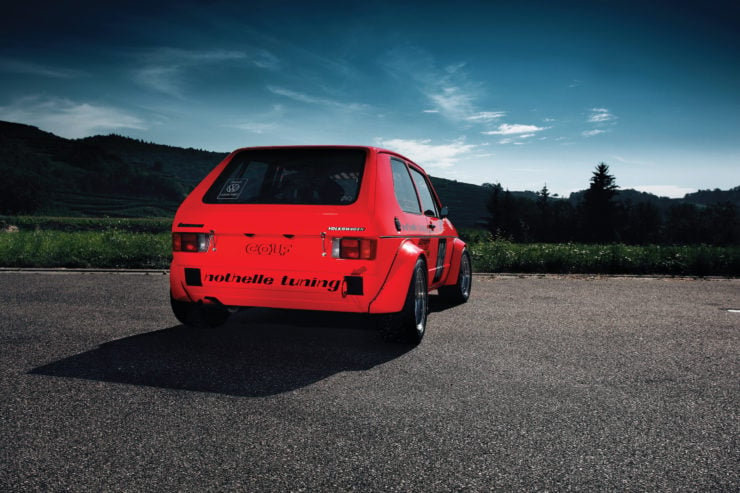 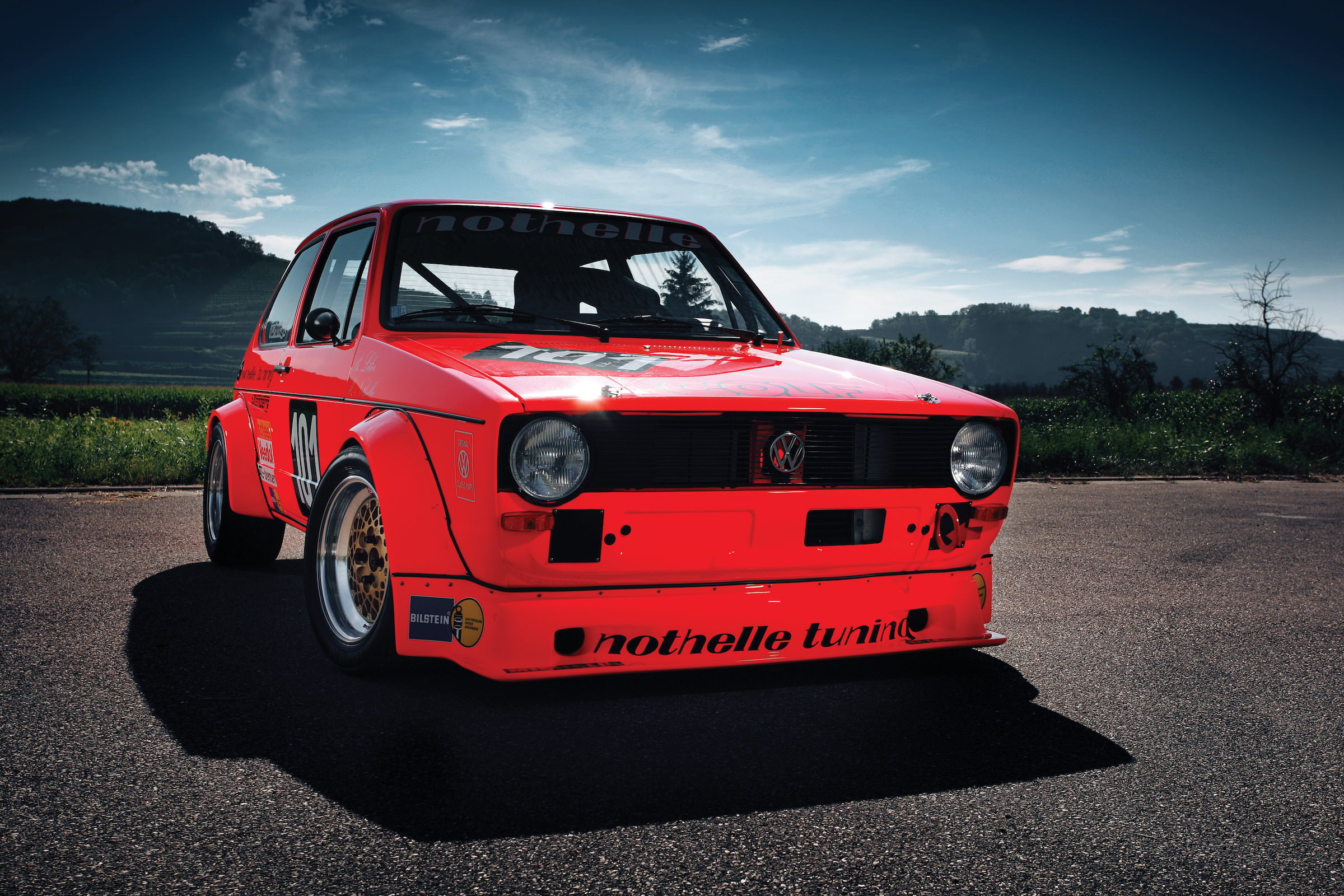