This film is a little different to many that I’ve featured here on Silodrome in the past, there’s no commentary or sound of any kind, just 17 (and a bit) minutes of people sending their motorcycles up a hillside somewhere in the USA in the 1930s.

The machines are mostly American V-twins from Harley-Davidson and Indian, but there are a number of British bikes in there as well. I know that many may not watch the film because it has no sound but if you have a few minutes to spare I’d encourage you to make a coffee (or open a beer depending on the time of day) hit play.

There’s something cathartic about silent films like this one, it shows countless people who may have only been captured on film once in their lives – forever immortalized as a motorcycle hillclimb racer.

If you know where this film was made or which hillclimb this was please shoot me an email and I’ll update this post to include it, the email address is in the footer or you can use the contact form that’s linked in the footer on the right. 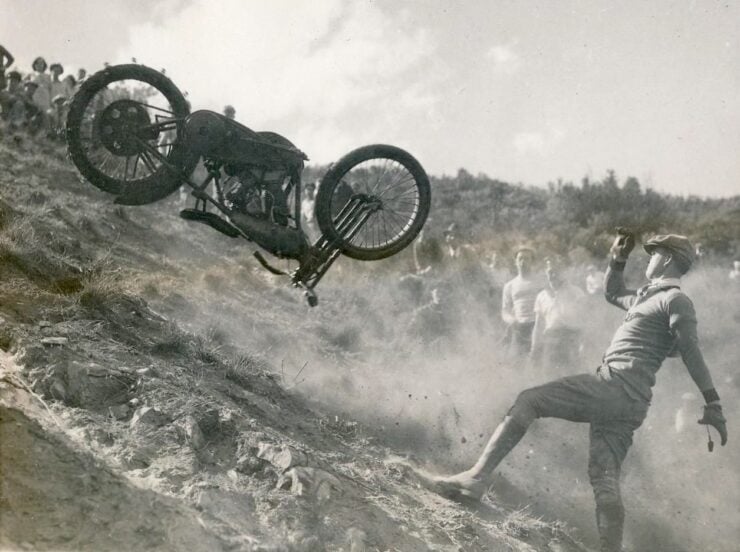 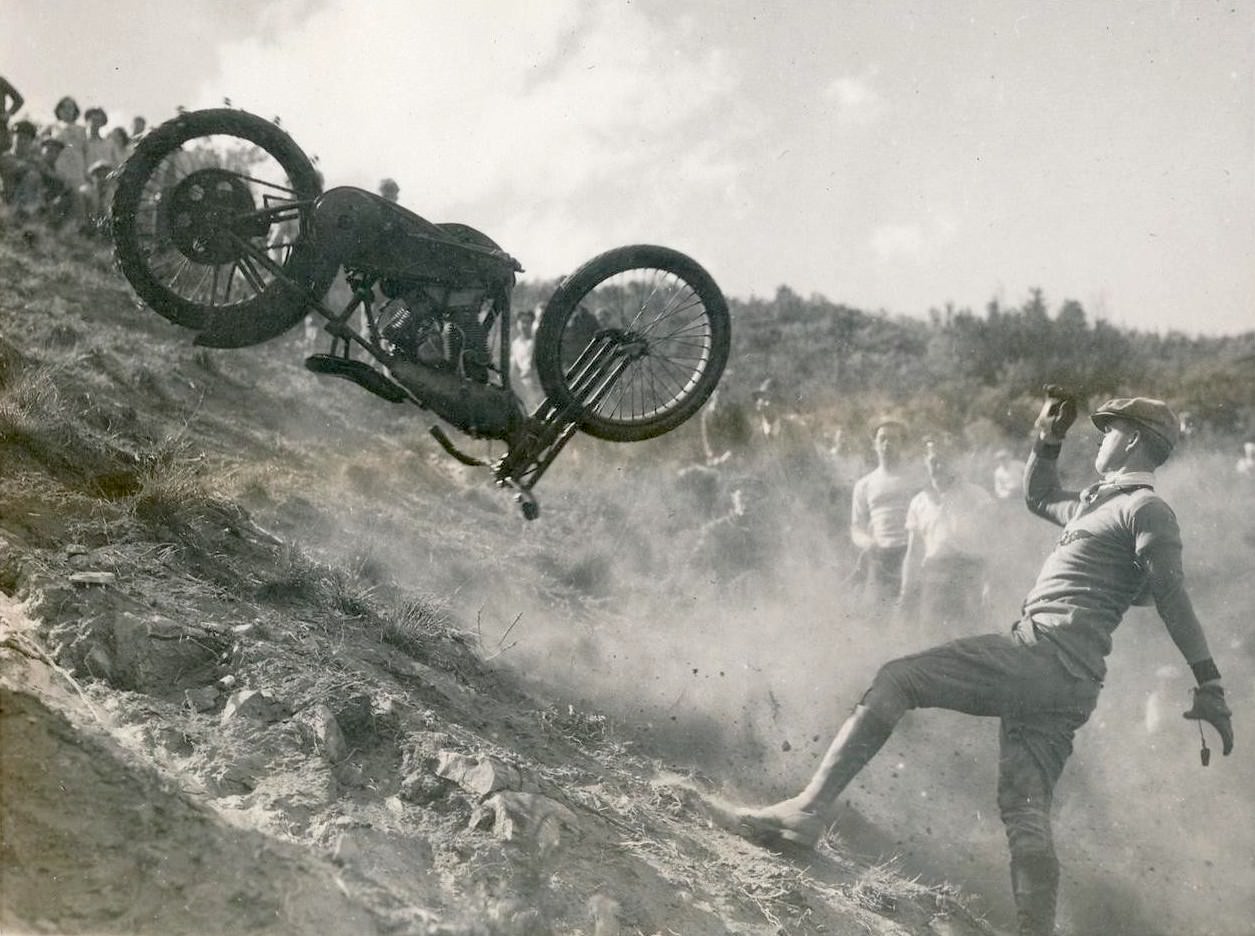