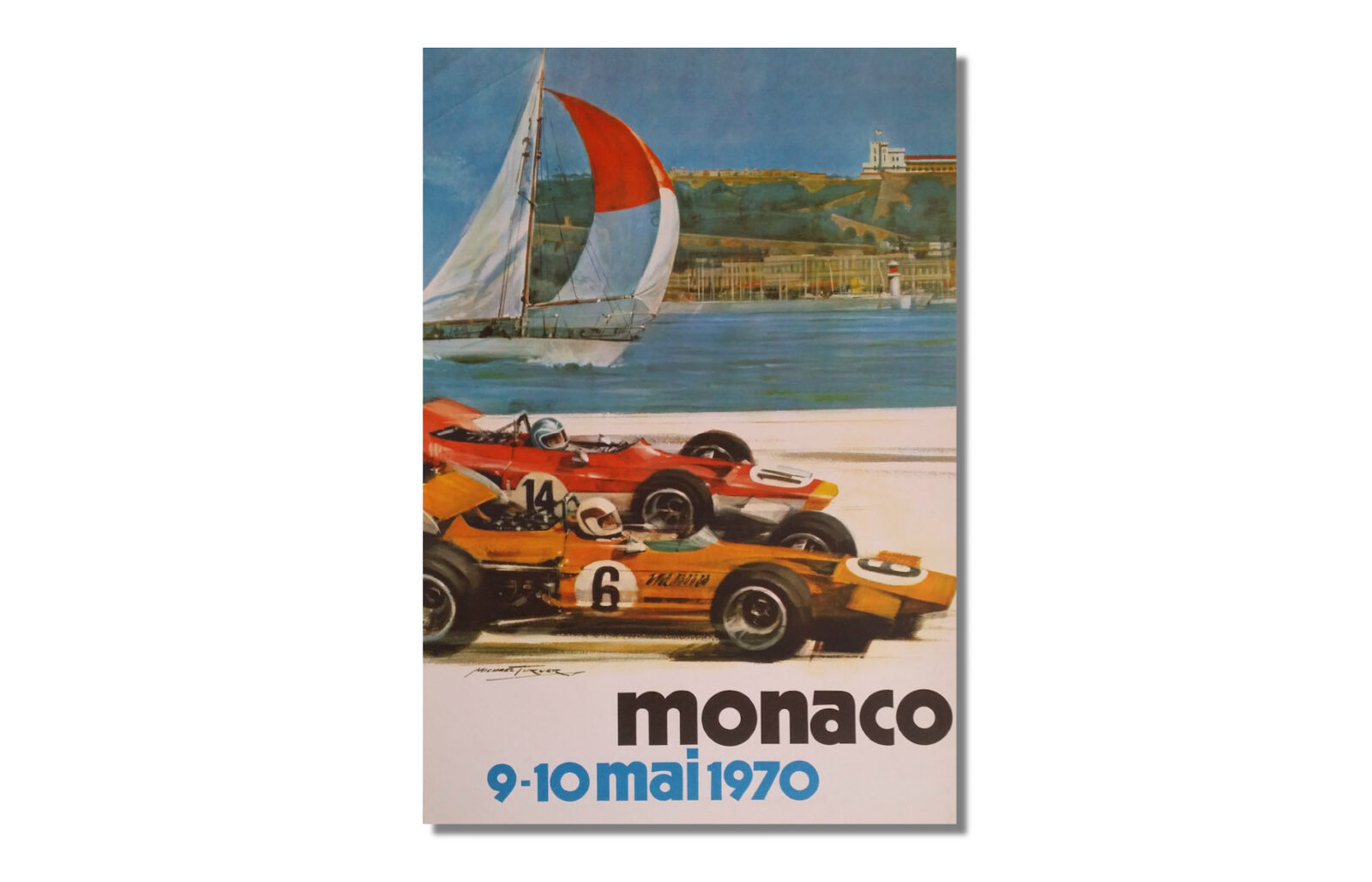 Michael Turner has been creating automotive art and racing posters since the early 1960s, he was born in 1934 and somewhat amazingly – you can still order original art from him today via his website Studio 88.

The poster you see here was created in-period for the 1970 Monaco Formula 1 Grand Prix, it’s being offered in good overall condition via Out Of Copenhagen and it measures in at 15.7 inches x 23.7 inches (40 cm x 60 cm). 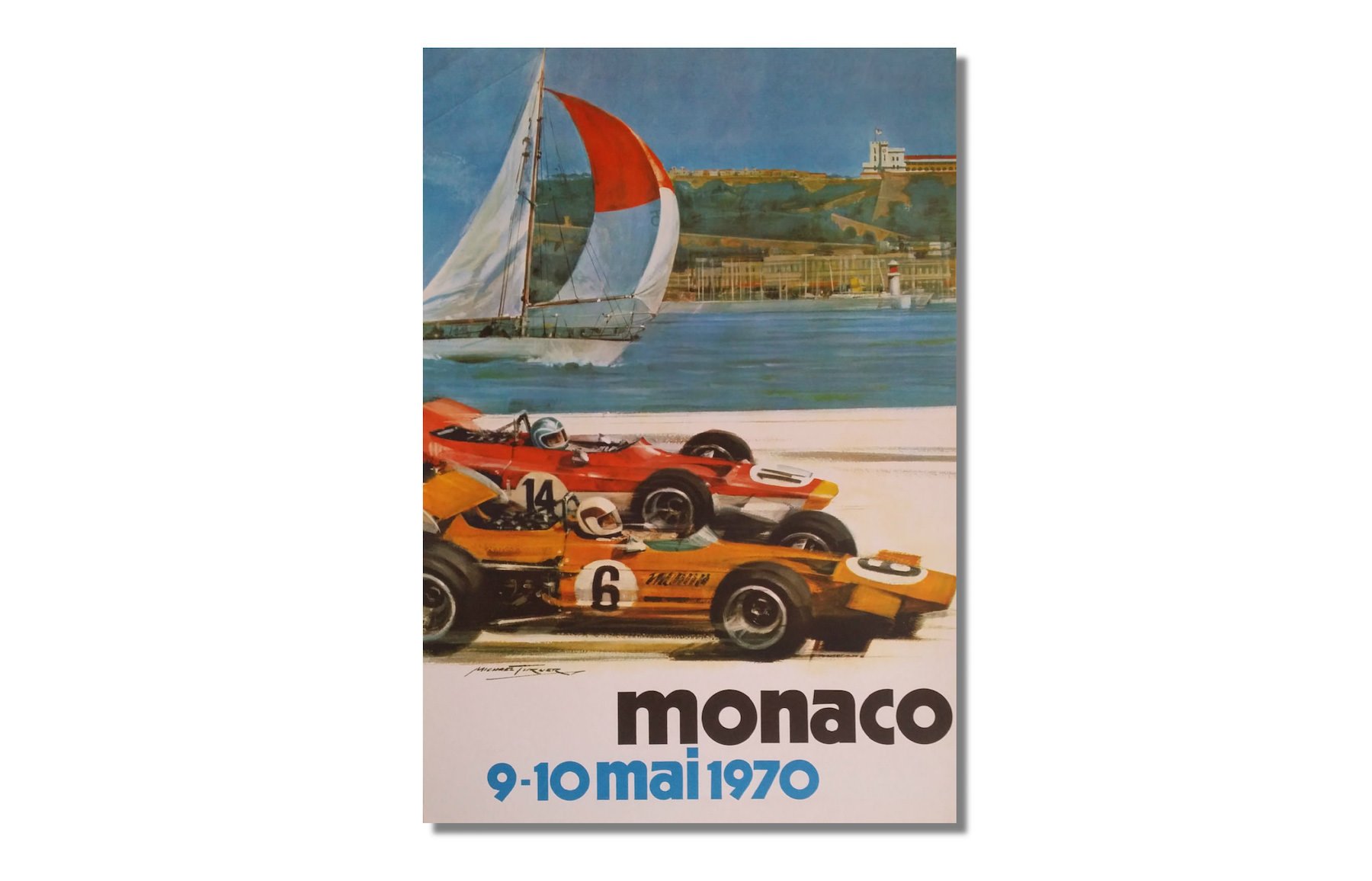