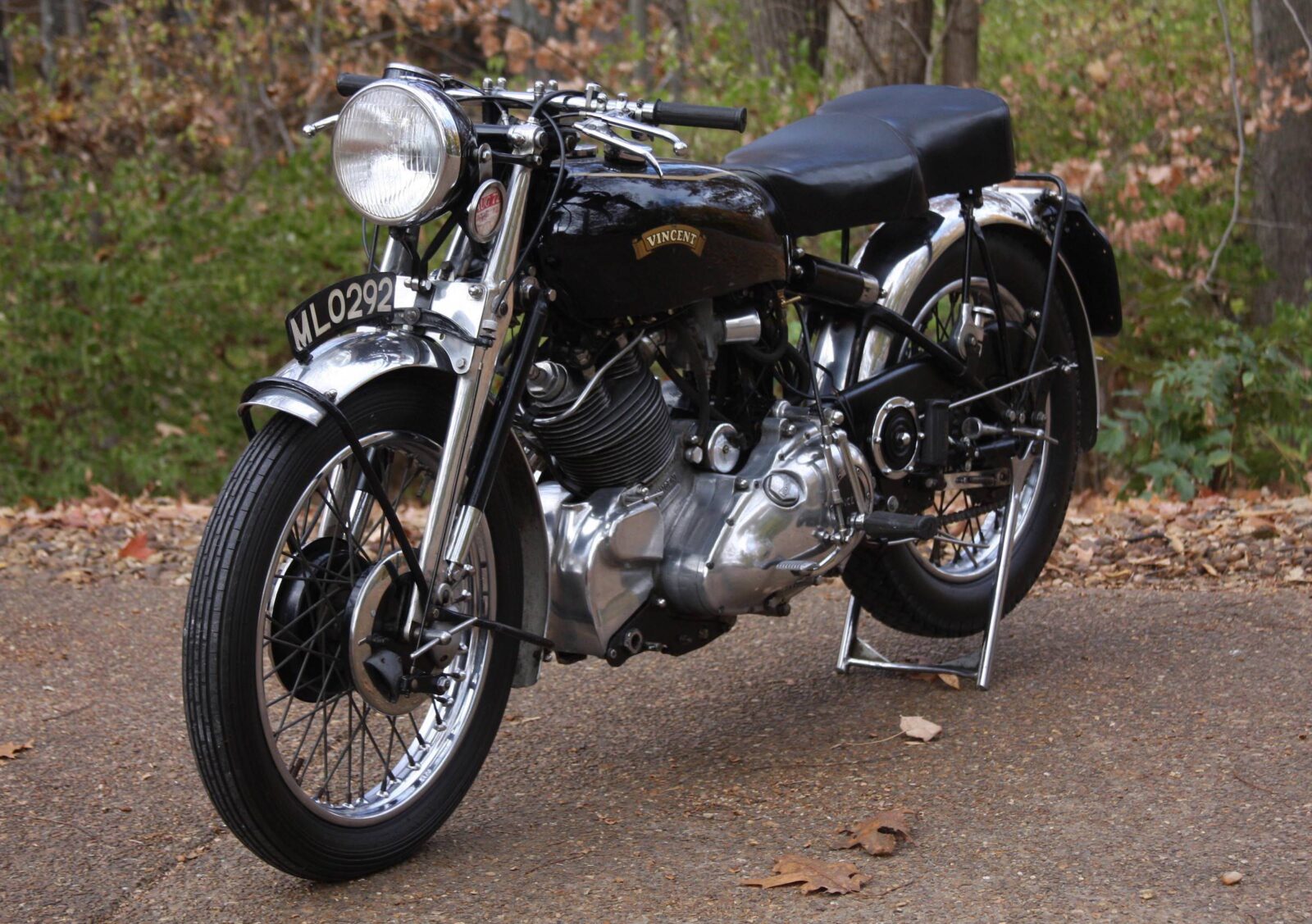 The Vincent Comet was one of the great single-cylinder motorcycles of its era with an advanced engine that’s also a stressed chassis member, cantilever rear suspension that was decades ahead of its time, a Girdraulic forks, and a steel backbone frame.

The Vincent Comet was the sporting version of the Vincent Meteor, the latter of which was the first Vincent motorcycle to use an in-house developed Vincent engine.

Vincent Motorcycles began somewhat humbly with the purchase of the name, jigs, tools, and patterns of motorcycle manufacturer HRD Company in 1928.

Initially the company sourced engines from companies like JAP and Rudge, but this all began to change in 1931 when Philip Vincent hired Australian engineer and design genius Phil Irving to develop the company’s first engine in-house.

The engine was developed in a matter of months, it was a single cylinder 499cc air-cooled engine with overhead valves, a camshaft mounted high in the crankcase with short pushrods to reduce flex and reciprocating mass. 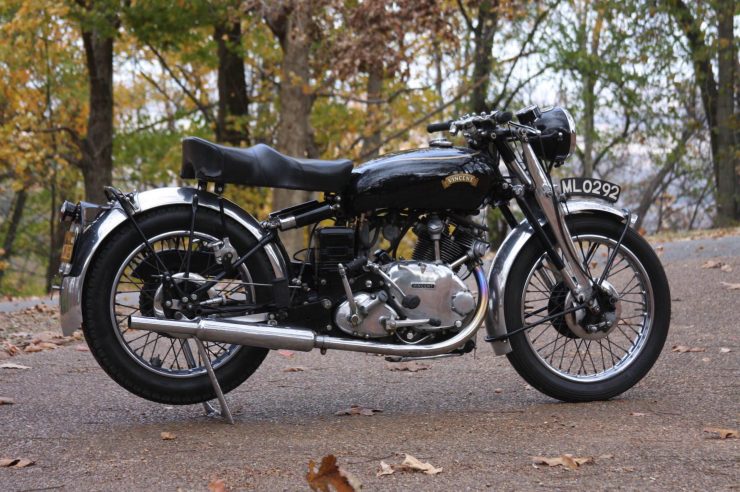 Perhaps Phil Irving’s cleverest innovation when designing the Meteor (and Comet) engine was the use of two valve guides on each valve stem with a gap in the middle where a forked rocker arm acted on the valve. This all but eliminated many of the common issues inherent with pushrod engines including bent valves, high wear rate, over-oiling etc.

In many respects the Vincent Comet was overshadowed by the Vincent Rapide and the Vincent Black Shadow – despite the fact that both of these big V-twins were directly based on the earlier Vincent single.

The story goes that Irving had two Comet engine blueprints overlaid on his drafting table, and he realized he could create a V-twin using a new crankcase fitted with two sets of barrels and heads.

Despite the popularity of the Vincent V-twins it would be the singles that sold in much higher numbers and kept the company afloat financially, up until the end finally came in 1959. 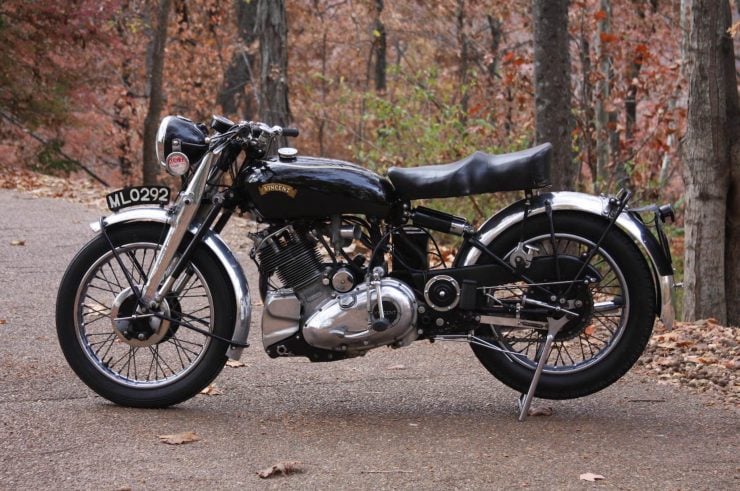 The Vincent you see here is a fascinating former member of Steve McQueen’s personal collection, he bought it on a trip to England in 1976 (approximately) as well as a Brough Superior. A couple of years later McQueen contacted Bob Stark of Starklite Cycle in California and asked him to handle the sale of the Vincent for him.

Stark added the bike to his showroom where it was seen by Earl Chalfant, who offered to trade a 1939 Indian Chief for it – McQueen accepted and the two men exchanged motorcycles.

Any vehicle with certified McQueen ownership is worth its weight in gold to many collectors and enthusiasts, such is the man’s reputation as the King of Cool.

Bonhams are estimating that the Comet will fetch between $36,000 to $40,000 USD when it crossed the auction block – that’s actually a very reasonable sum for a former McQueen bike, particularly one with a Vincent badge on the tank. 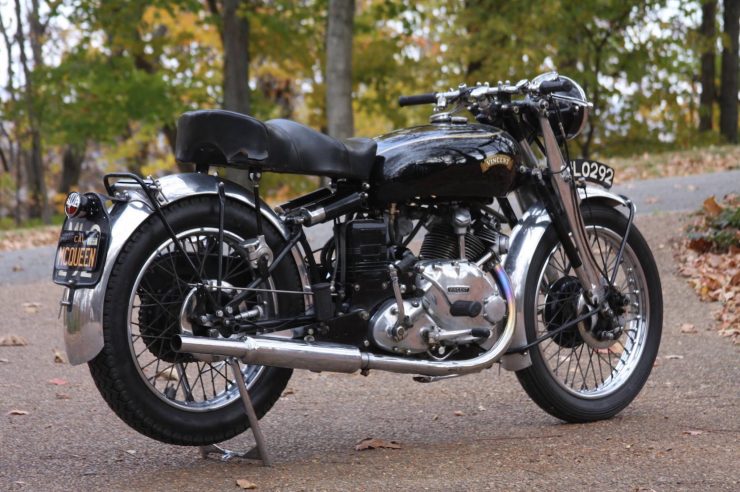 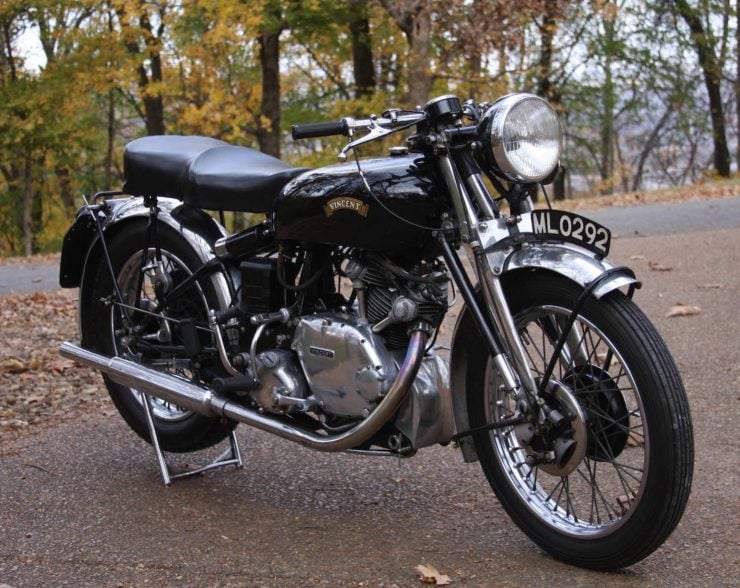 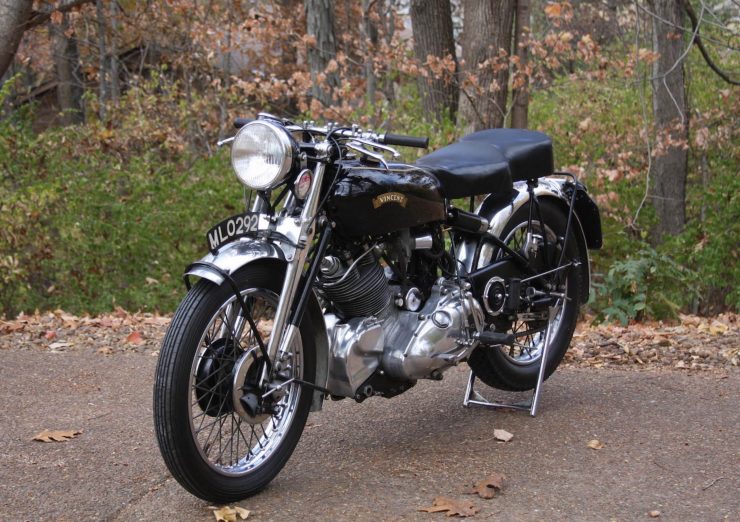 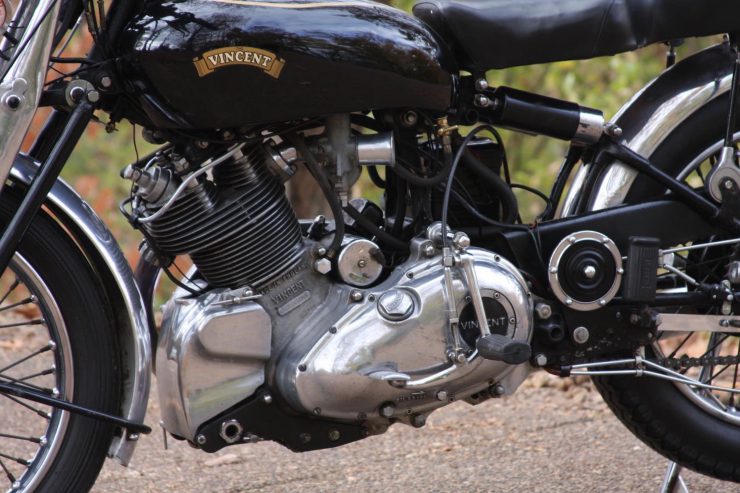 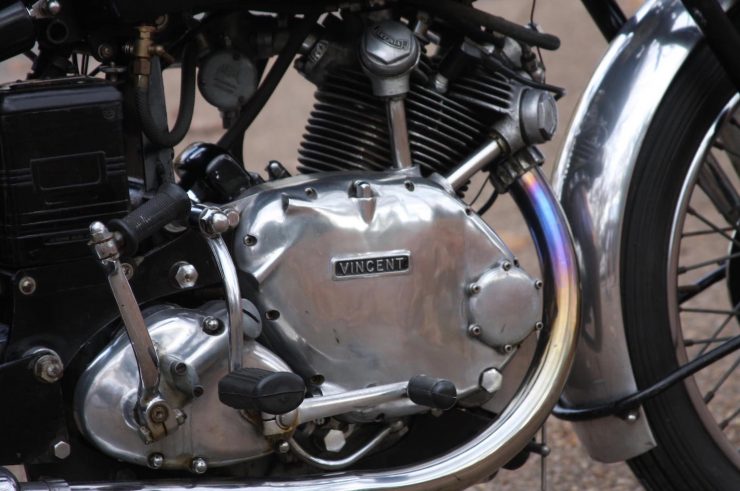 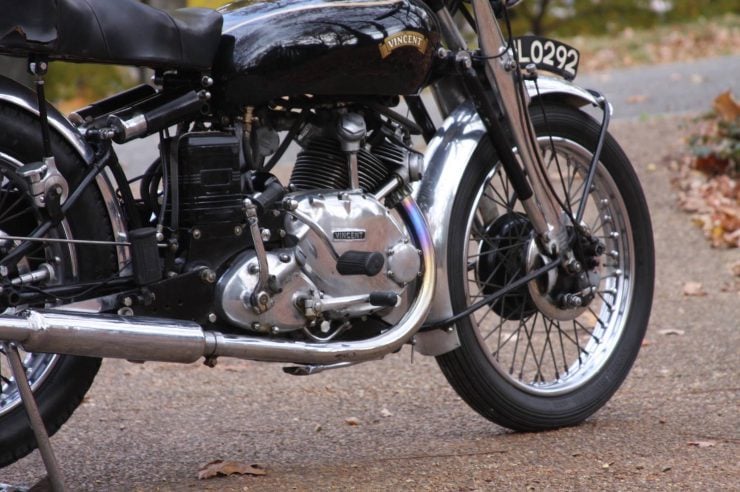 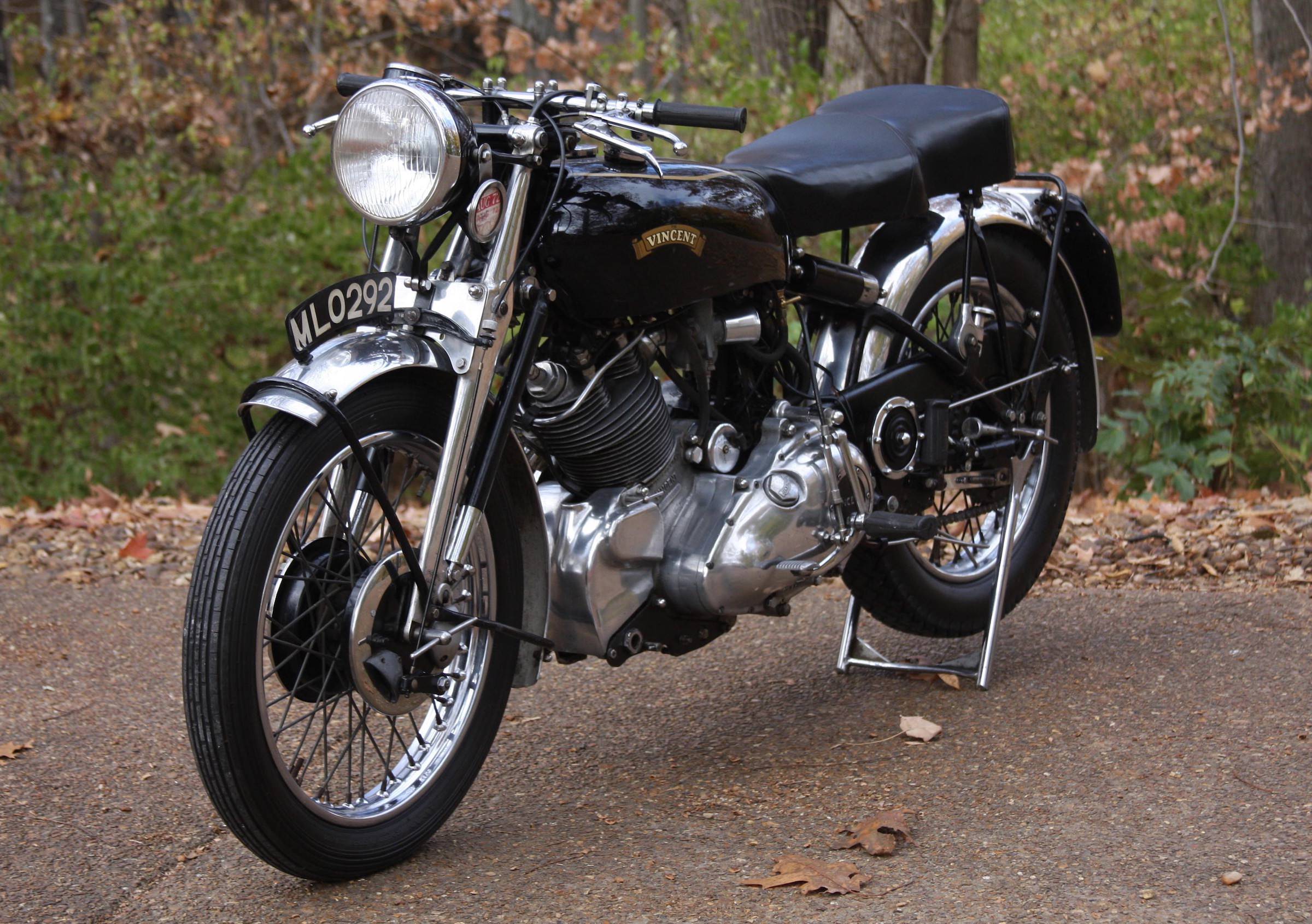