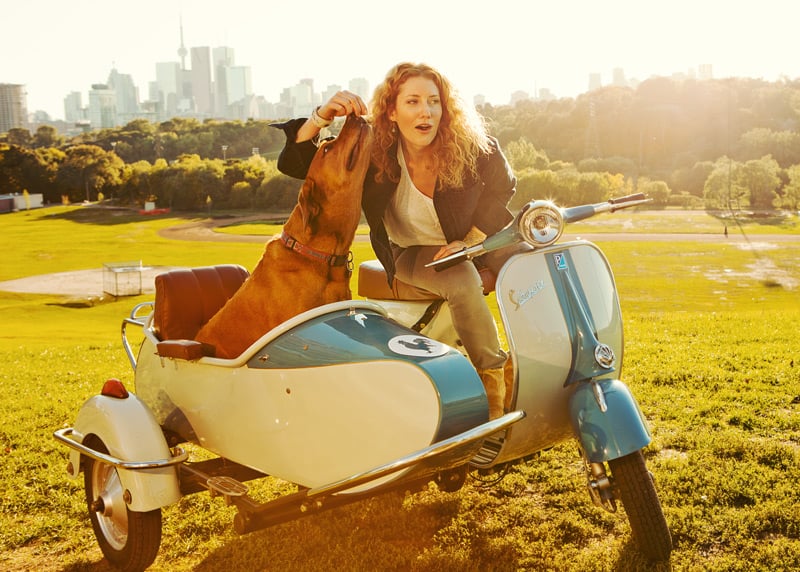 This is singer-songwriter Kathleen Edwards and her pooch, in a park just outside of Toronto, Canada. Vespas with sidecars attached have always been a bit of a curiosity to me, I can’t help but think that the added weight would make even a relatively minor hill into an almost impossible feat.

That said, they look fantastic and I’d love to take one out for a spin.