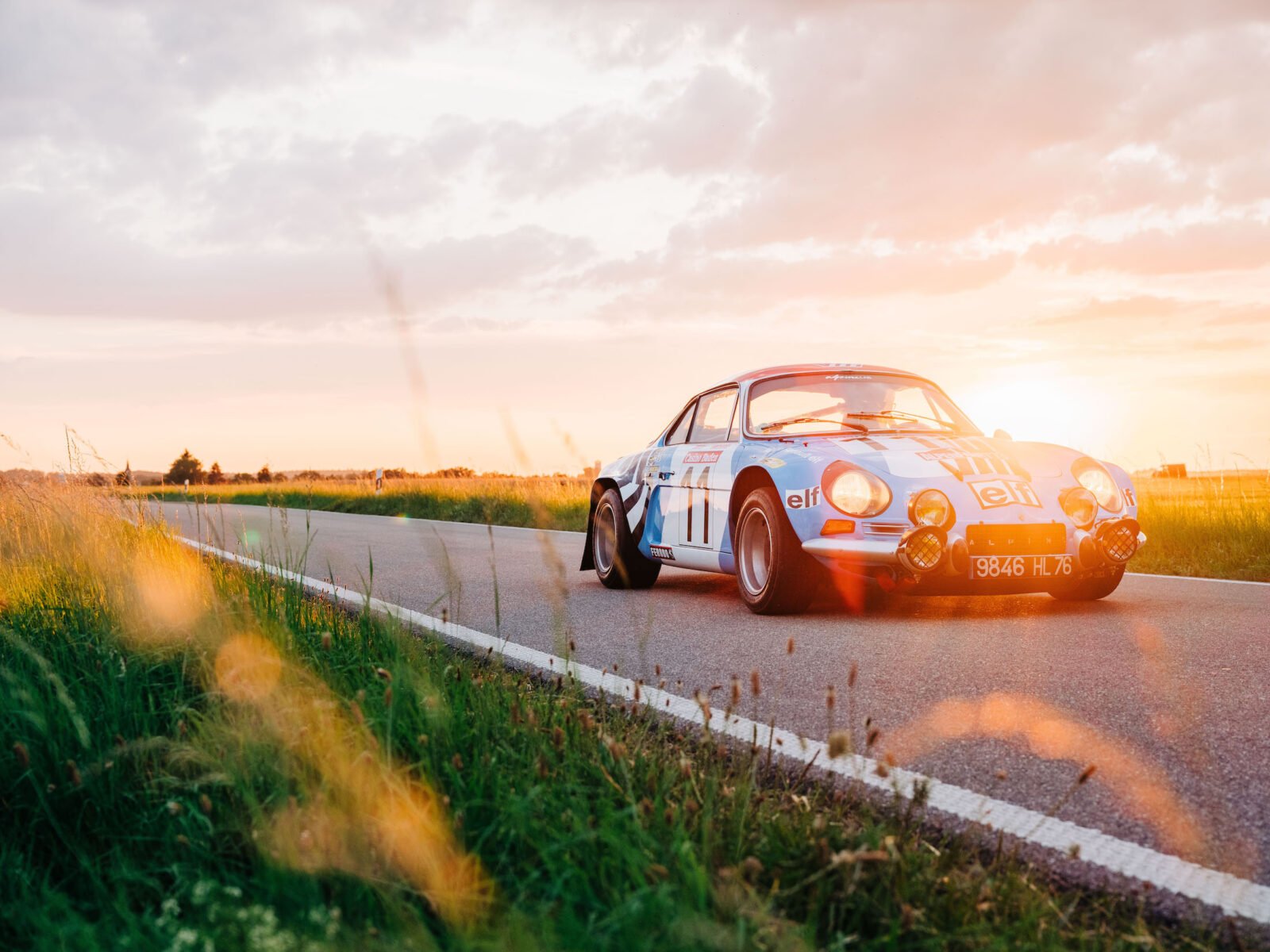 The car you see here was one of the original Alpine A110s that contested and ultimately won the inaugural World Rally Championship (WRC) for constructors in 1973. As with many rally cars of the era this vehicle, known by its original registration number of 9846HL76, had an incredibly hard life on the rally stages and hillclimbs of Europe.

After the 1973 WRC season the car was sold into the hands of a privateer racer and over the course of the 1970s it would change hands a few more times, with each new owner modifying the car slightly to better suit their needs. Eventually 9846HL76 completely disappeared and was though lost – these cars had far less value than they do today and it wasn’t uncommon for them to be scrapped, parted out, or just dumped.

Rumours were published in magazines that the car may be in Germany somewhere however further details weren’t available and little hope was held that it would ever be found. This is where Jürgen Clauss entered the picture, a 54 year old Alpine specialist and the founder of alpineLAB – Clauss has been restoring Alpines since 1985 and is considered one of the world’s greatest Alpine restoration experts. 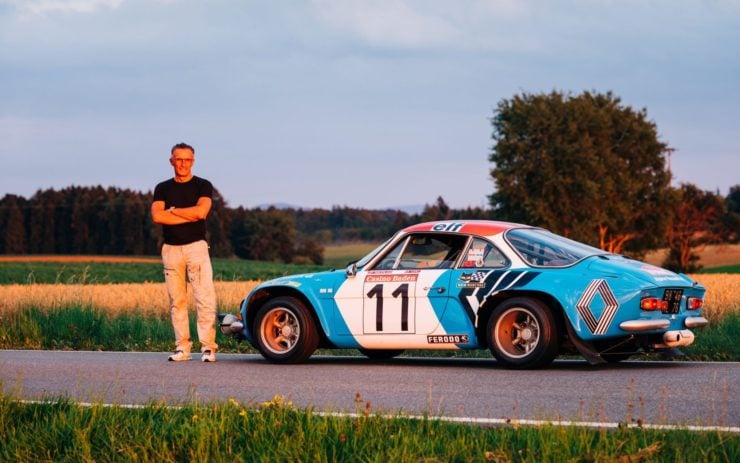 Despite demand for his work the restoration of Alpines isn’t Clauss’ full time career, he created a successful business in the world of component manufacturing for the moulding industry, he restores Alpines to exact original specification on his own time for his own collection without a profit incentive – he’s restored approximately 18 Alpines over the past 35 years.

“Basically I am a perfectionist and I have learned to be one in my main profession as a producer of high precision components for the moulding industry. Normally Alpine or the A110 in general seems to be not the right car for a perfectionist. The A110 was not that well engineered or developed like a Porsche 911 or a Mercedes, the A110 was rather more improvised than engineered, which leads in the end to less reliability and weaknesses on technical components.”

“But this is not what counts for me. I have to get inspired by a car, the very first look must be overwelming, the car has to “speak to me”, I need to fall in love with it. That’s what happens with the A110 and me. I was and I am still today totally in love with the look, the shape, and of course the driving experience. Try to find a car from this time period, which is comparable in handling, agility and driving experience and you will immediately find out, there are nearly none.” – Jürgen Clauss 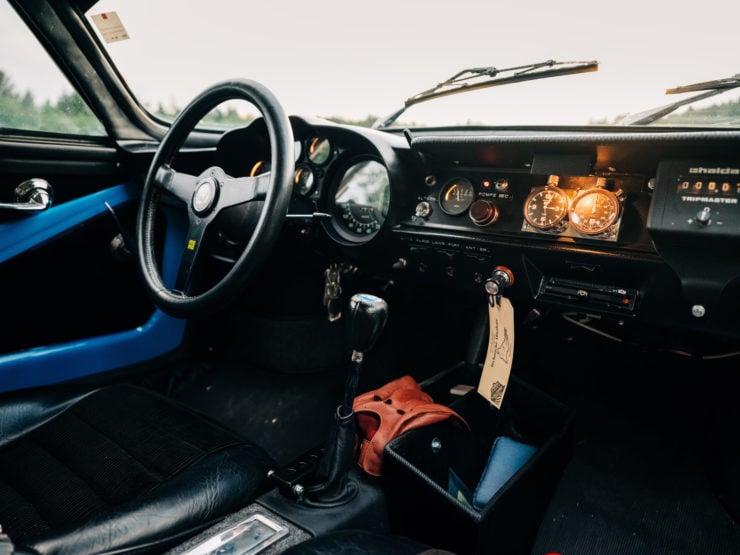 If there was anyone in the global Alpine community that could find 9846HL76 it was going to be Jürgen Clauss. Upon hearing the rumours that the car was somewhere in Germany he began reaching out to contacts and researching the car’s history. The search took time and patience, the trail of the car led Jürgen not to a secret location in Germany but to a junkyard in Hungary.

Thanks to a tip off from a friendly man named Robert, Jürgen discovered 9846HL76 sitting in the corner of a scrapyard in considerably worse shape than many had hoped. The succession of owners had significantly modified the car for various racing pursuits and it was clear from the outset that the car was going to be one of the most challenging projects he had ever undertaken.

“There is a big Alpine community in Germany, I am in contact with a few Alpine owners which are sharing the same Alpine spirit like me. Most of the other Alpine owners are interested in tuning or modifying their cars, which is definitely not my way, customizing is like painting over the Mona Lisa. I am a purist and I like to restore and drive the cars like Jean Redele built them – truly authentic and original. I am not a fan of modificatons and as far as I know, Jean Redele hates to see modifications on his cars. I totally agree with him!” – Jürgen Clauss 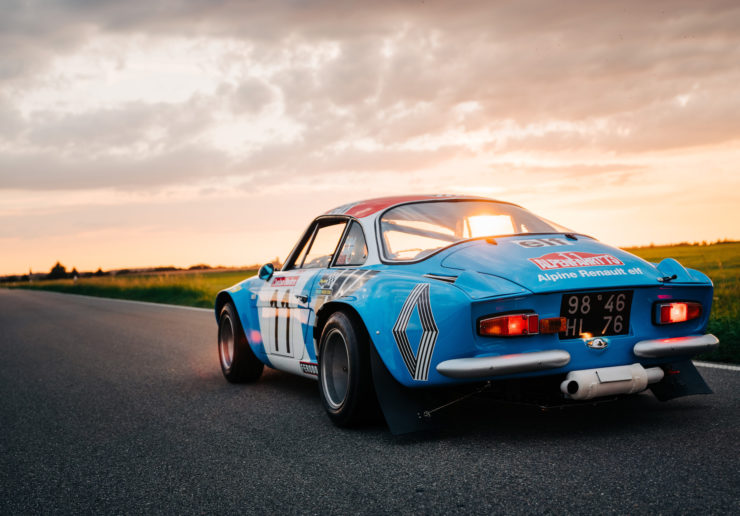 The years long restoration of 9846HL76 was painstaking, Jürgen studied period racing photographs of the 1973 World Rally Championship and noted the original specifications of the car in detail, his restoration would slowly bring the car back to fully original condition to the point where the car’s drivers from 1973 would be unable to tell it had ever been so significantly modified.

Today the 1973 Alpine A110 1800 Gr. IV works car is one of the most desirable Alpines in the world an it finally resides where those magazines rumoured it to be all those years ago – in Germany.

If you’d like to visit alpineLAB and see more of Jürgen Clauss’ Alpines you can click here.

All images courtesy of Marc Holstein and Christine Gabler 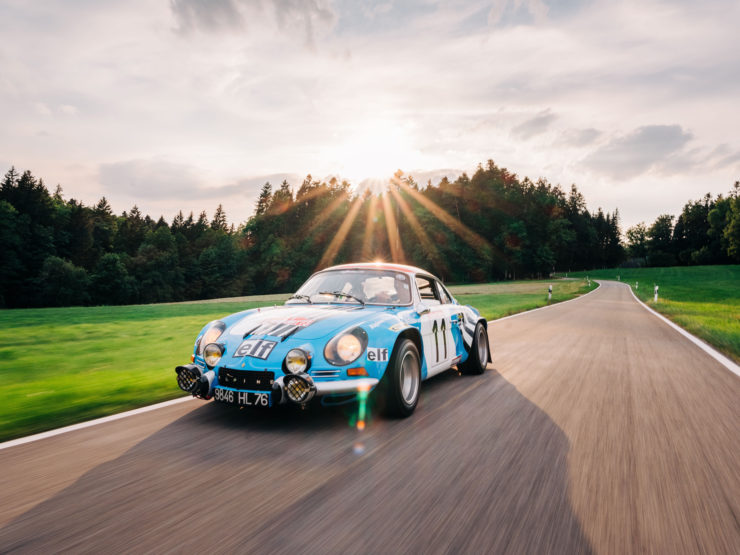 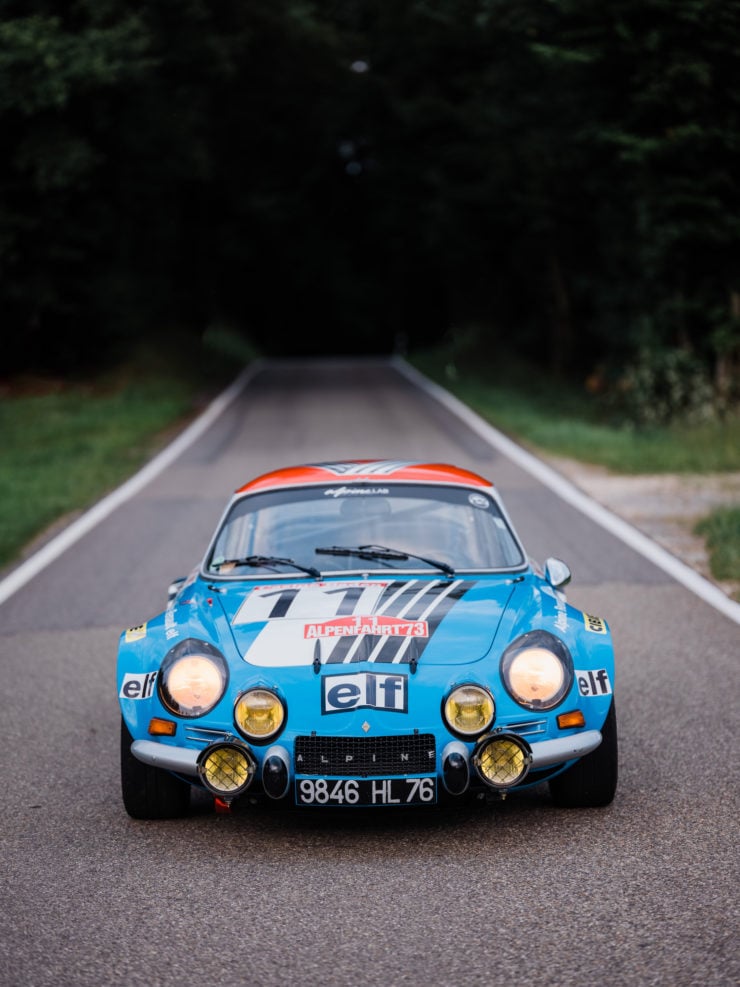 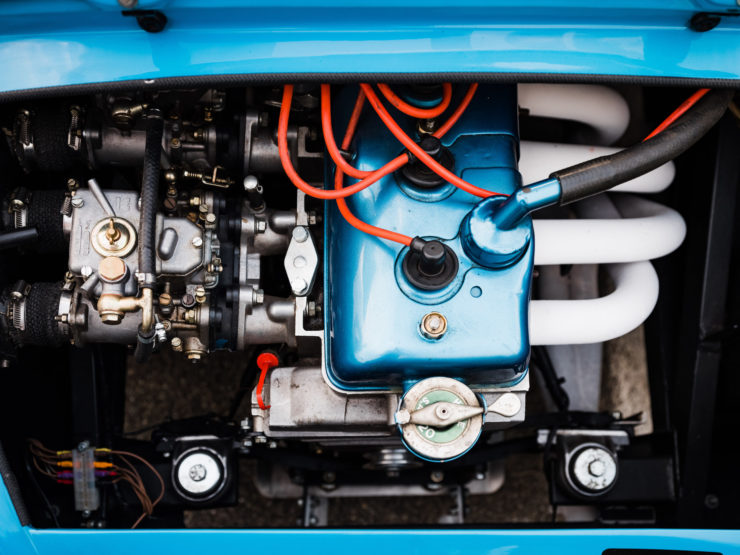 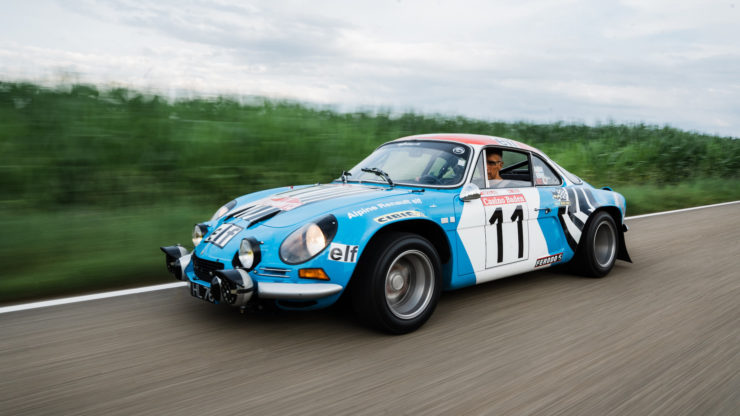 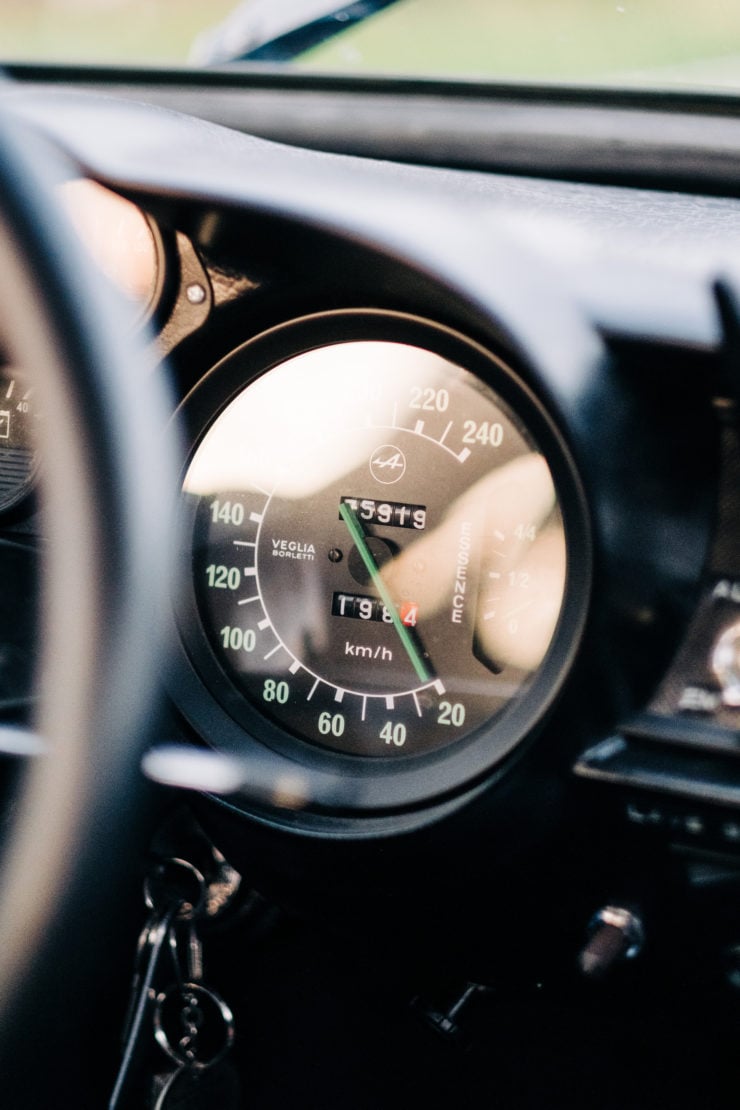 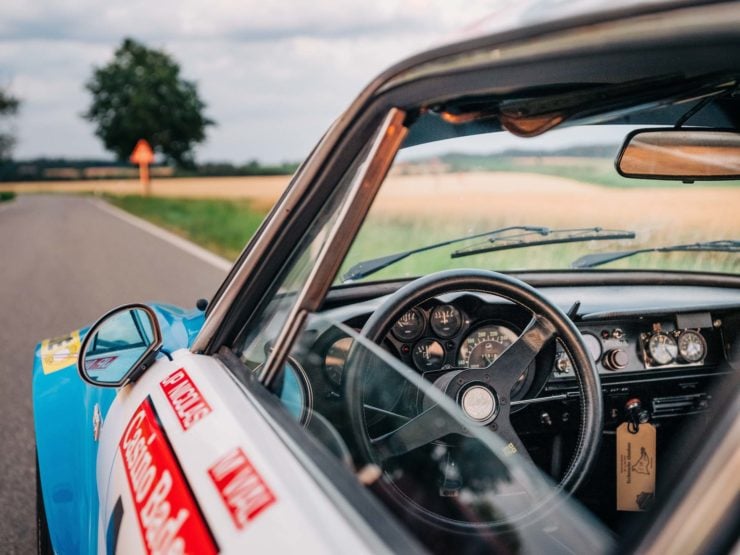 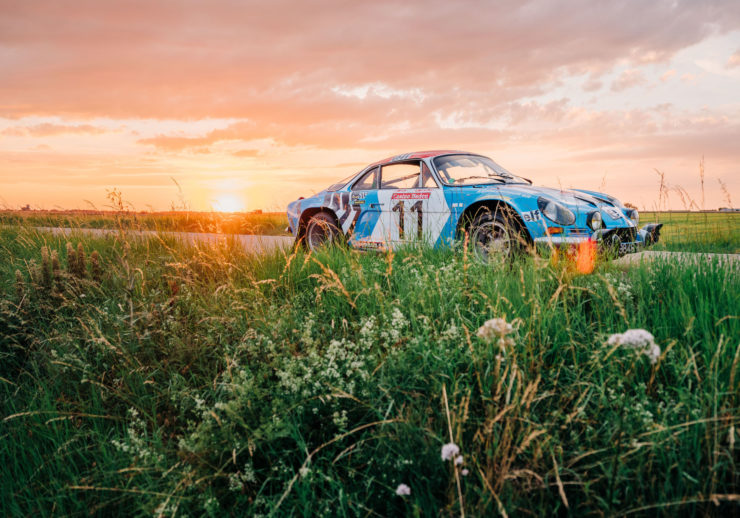 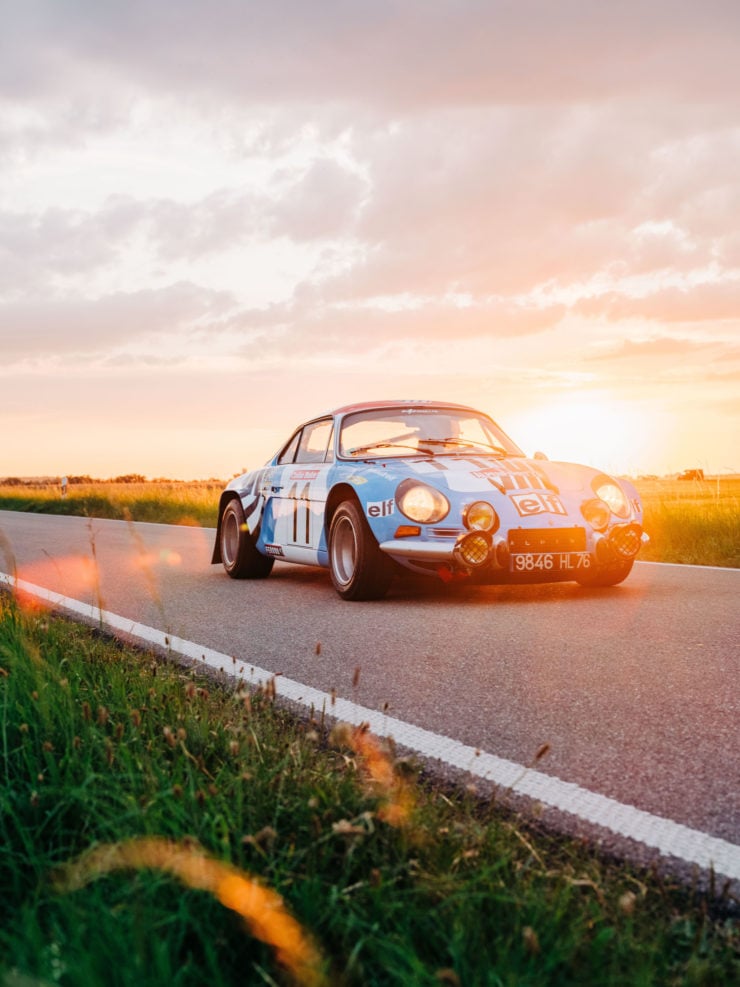 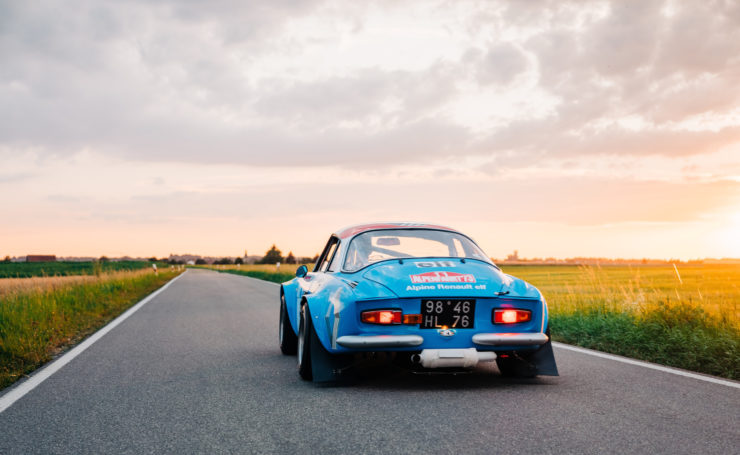 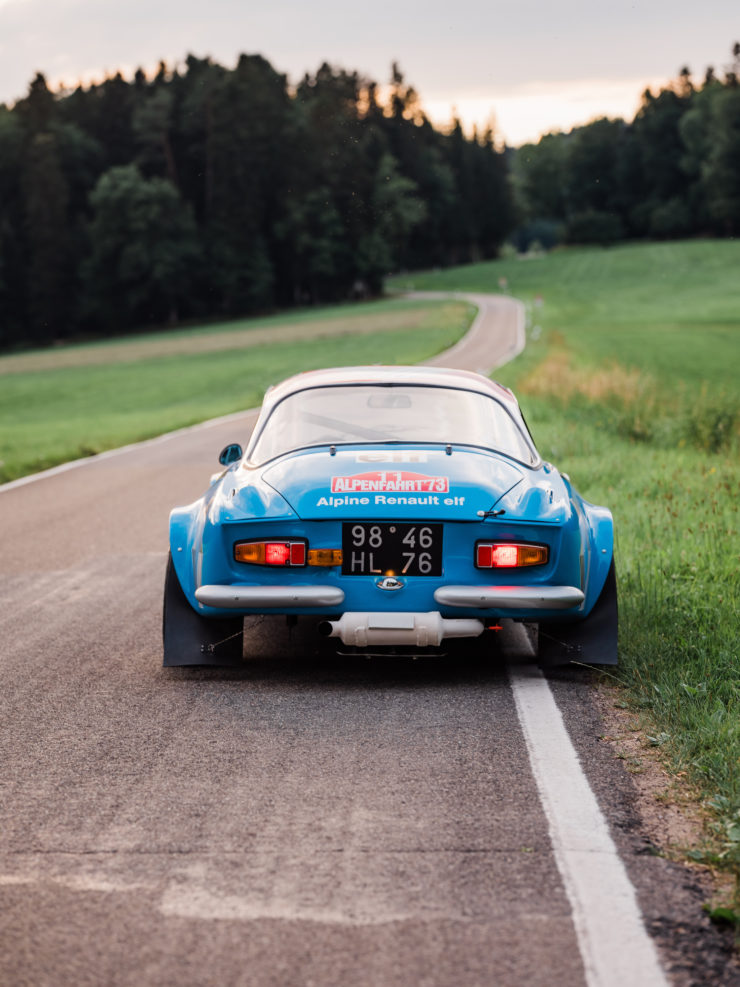