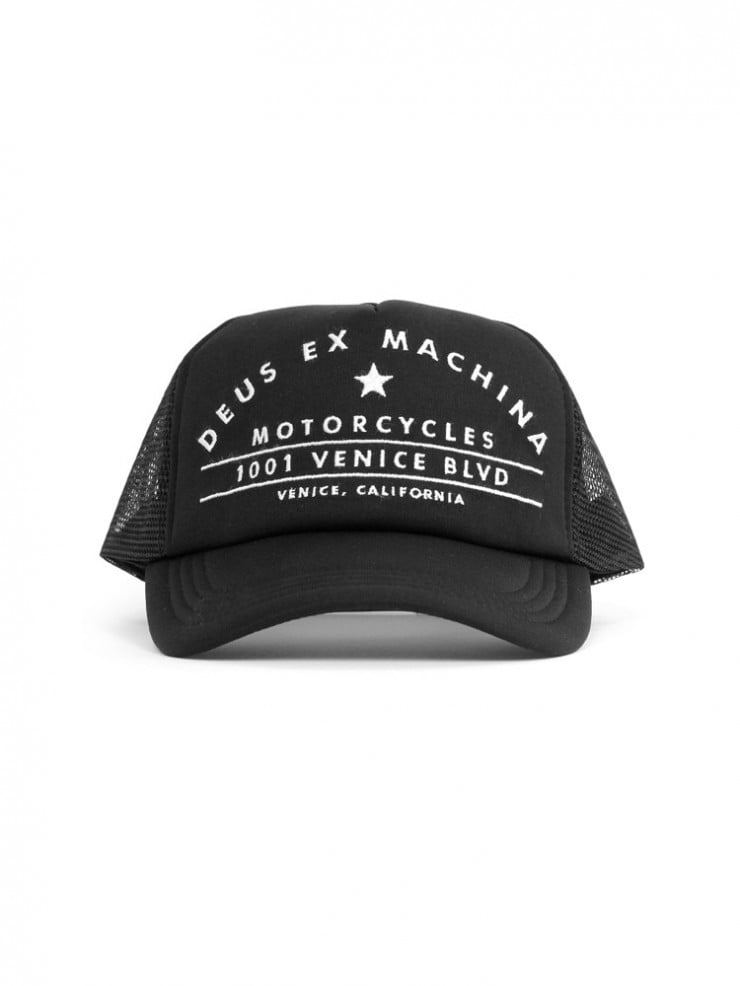 The humble trucker hat is a summertime wardrobe essential, they keep your face shaded and the mesh rear helps to keep your head cool on all but the hottest days.

This new hat from Deus Ex Machina features the address of their new Venice Boulevard location, it has an adjustable strap and a price tag of $30 – making it a great alternative to all those appalling Ed Hardy caps. 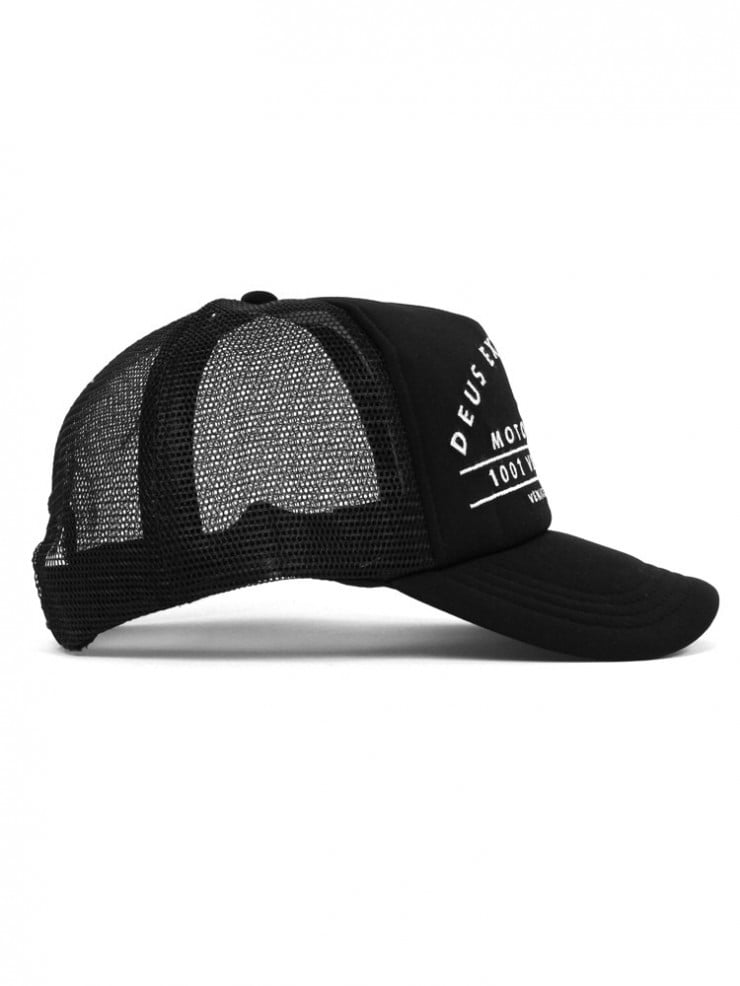