*Silodrome doesn’t recommend attempting any of these maneuvers and if you do so, it’s at your own risk.

Although it may seem relatively simple there’s actually a lot of strategy that goes into ramming a car that has been parked across the road to stop you.

This film shows you where to hit the car to pivot it out of your way most effectively, and how to avoid doing any fatal damage to your own car in the process. 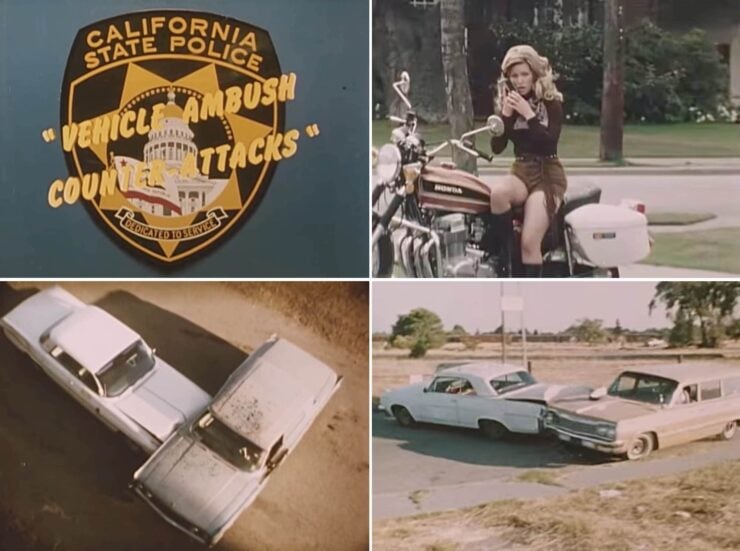 A number of different ambush techniques are shown in the film, both static and mobile, and the filmmakers didn’t shy away from smashing cars to pieces to demonstrate the real-world results of various tactics.

Watching this film nowadays you can’t marvel at how casually they destroyed some cars that would be worth a fair wad of cash including what appears to be a ’57 Chevy, though of course back then the cars were commonplace, a little on the old side, and they had very little value.

One of the key points of the film is that the car you’re driving can be a three ton weapon once you get past the natural inclination to avoid damaging it.

If you’d like to read more about counter-ambush tactics you can click here to visit a comprehensive guide courtesy of Security Driver. 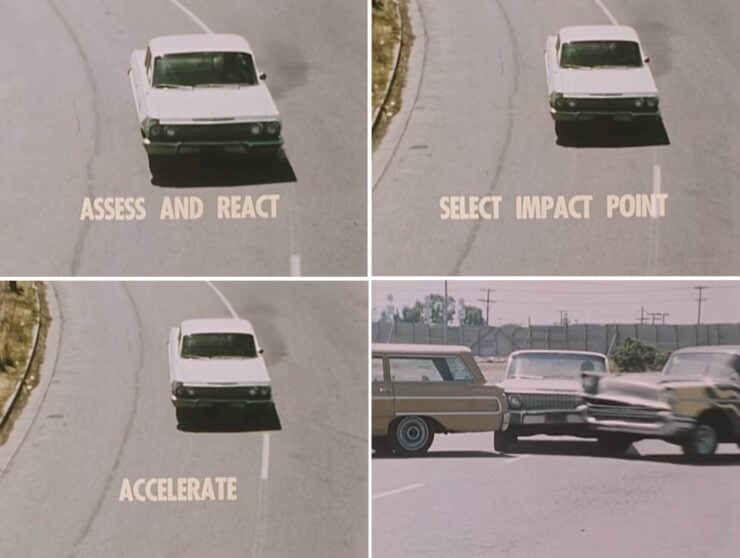