This is an official FBI training film from the 1970s about how to examine stolen cars for evidence – I know that may sound boring but it actually makes fascinating viewing and it gives you an insight into just how clever some of the chop shops were that the FBI was dealing with.

The film starts with a car thief finding the specific make and model he was looking for, he then carefully breaks into it, hot-wires it, and discreetly drives away. He brings the car to the chop shop and they set to work giving the car a new identity that they pulled from a wrecked car from a junkyard.

The techniques used by these criminals were remarkably resourceful, you have to wonder why they didn’t just run a legitimate garage, though the fast money of flipping stolen cars likely had a lot to do with it.

The FBI and police techniques were similarly advanced, more so than you might expect, including feeling around behind trim elements for welds where there shouldn’t be welds – indicating that a panel with a VIN tag had been replaced.

Whereas these thieves used to operate in an entirely analog world the car and motorcycles thieves that operate today occupy a largely digital world, with many stolen vehicles having their parts stripped and sold off online, often within a matter of days.

Modern cars can no longer be hot-wired of course, though some enterprising car thieves use sniffing devices to capture codes from keyless car ignition systems right through the air, arguably an easier task than just knowing which two wires to twist together. 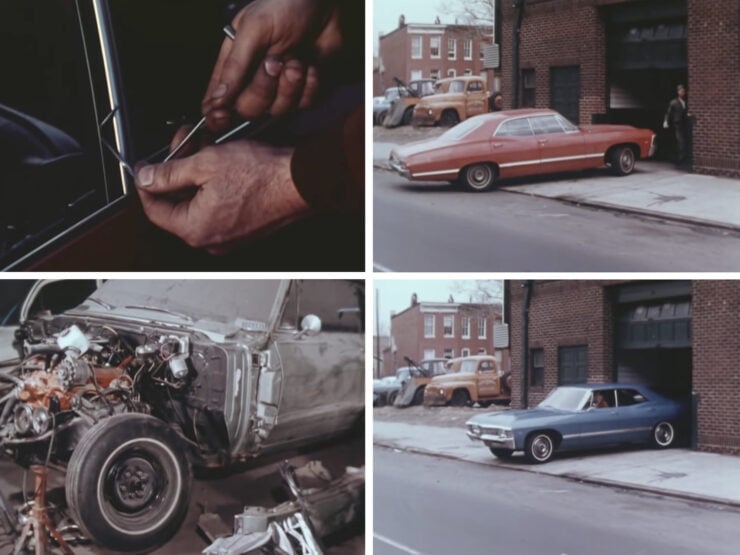