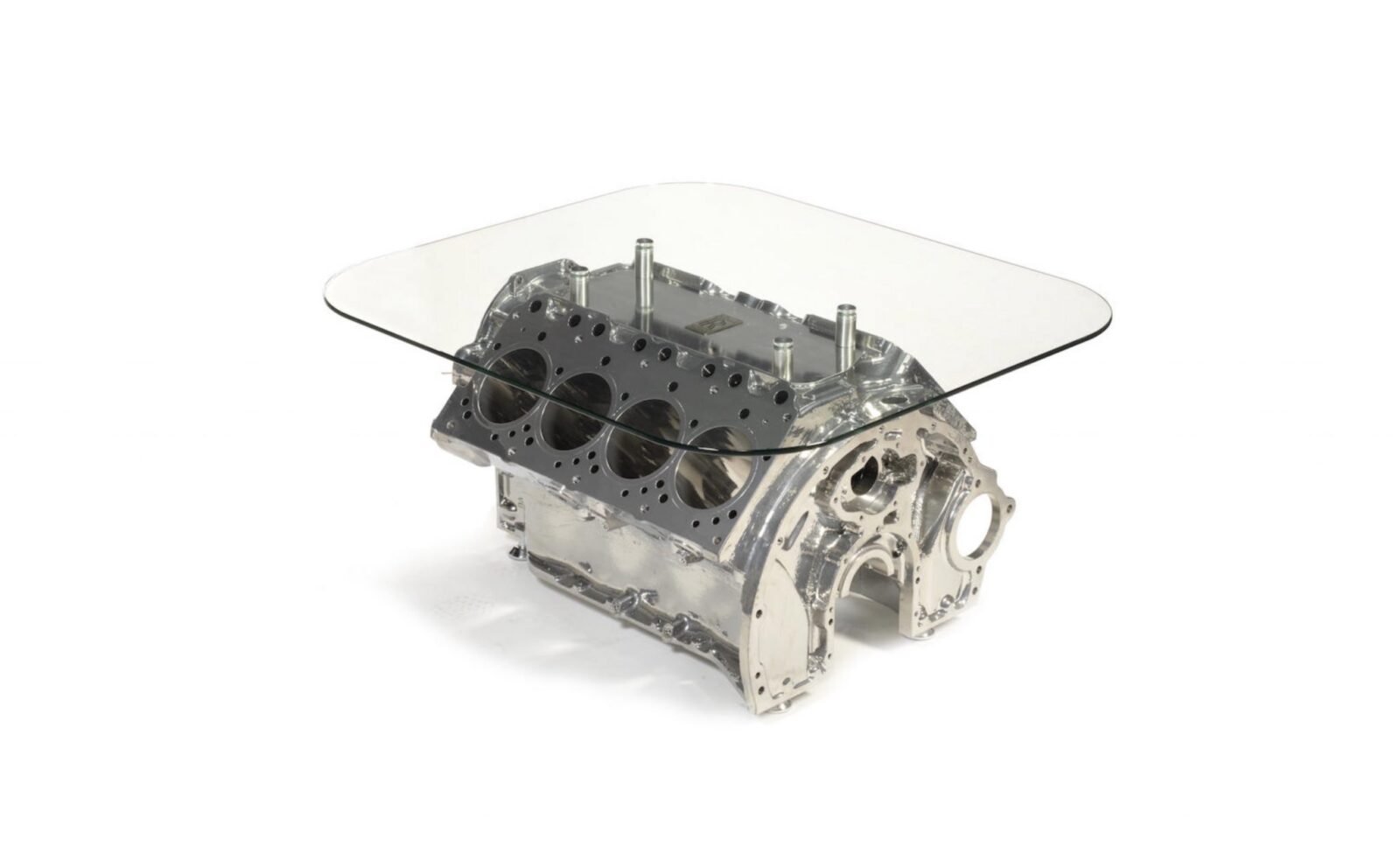 Prior to the takeover by BMW in 1998 Rolls-Royce made use of the L Series V8, an engine that had been developed in the 1950s and still remains in use today – in modified form of course.

This coffee table uses an L Series V8 as its base, before the table was built the engine block was stripped and subject to three stage chemical cleaning to remove all the old engine oil, junk and filth.

It was then chromed and had four legs fitted. The top is British standard certified table glass, measuring 830mm x 750mm and it’s estimated to be worth between £800 to £1,000 – which actually seems almost reasonable. 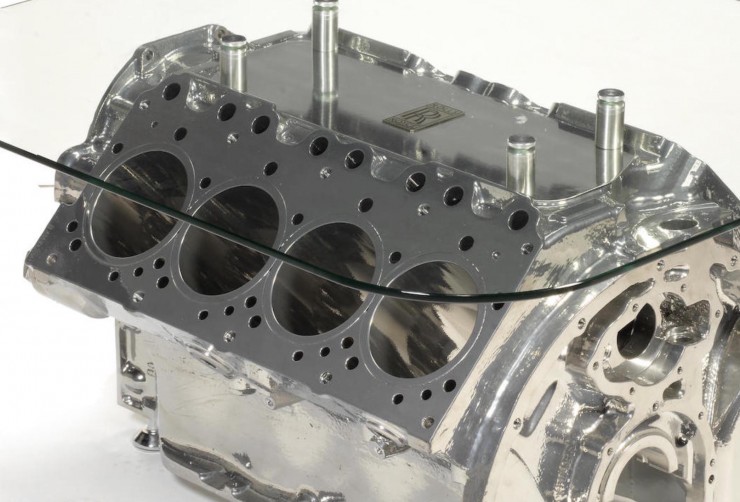 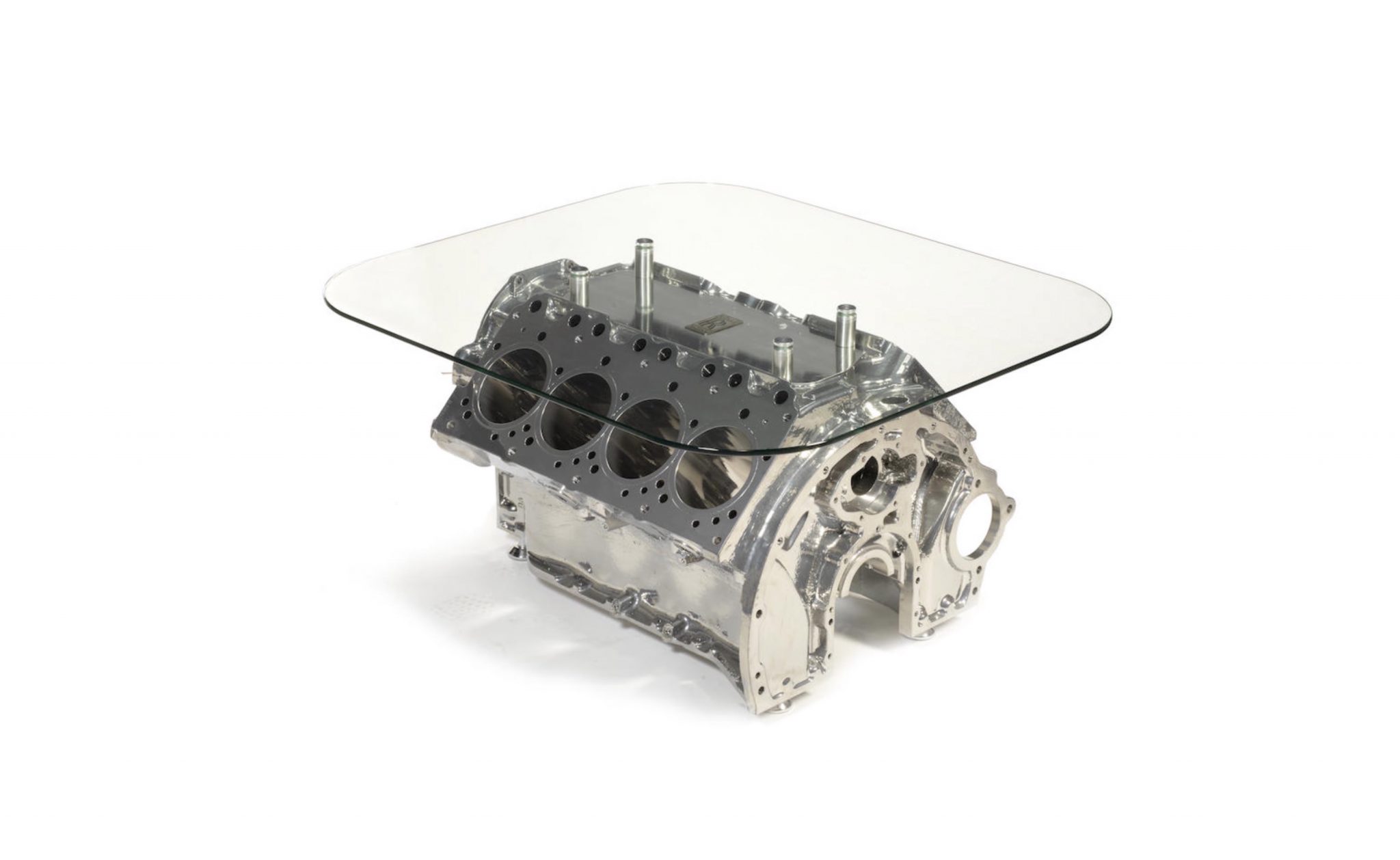