Shotgun Rider is a 1967 training film created by The Army Pictorial Center for new recruits in training for deployment to Vietnam as helicopter door gunners – nicknamed “shotgun riders”. Despite the name, door gunners actually used M60 machine guns, which they trained to use both on a mount and freehand.

The film features a brief appearance by Julie Andrews who was visiting troops in Hawaii during their training, you’ll also see a live mongoose being butchered during survival training, and you’ll learn how to light a fire using bamboo. The Vietnam War remains a controversial conflict, illustrated perfectly by the fact that the modern Vietnamese simply call it the American War.

If you’d like to read more about the war you can click to visit the Encyclopedia Britannica listing. 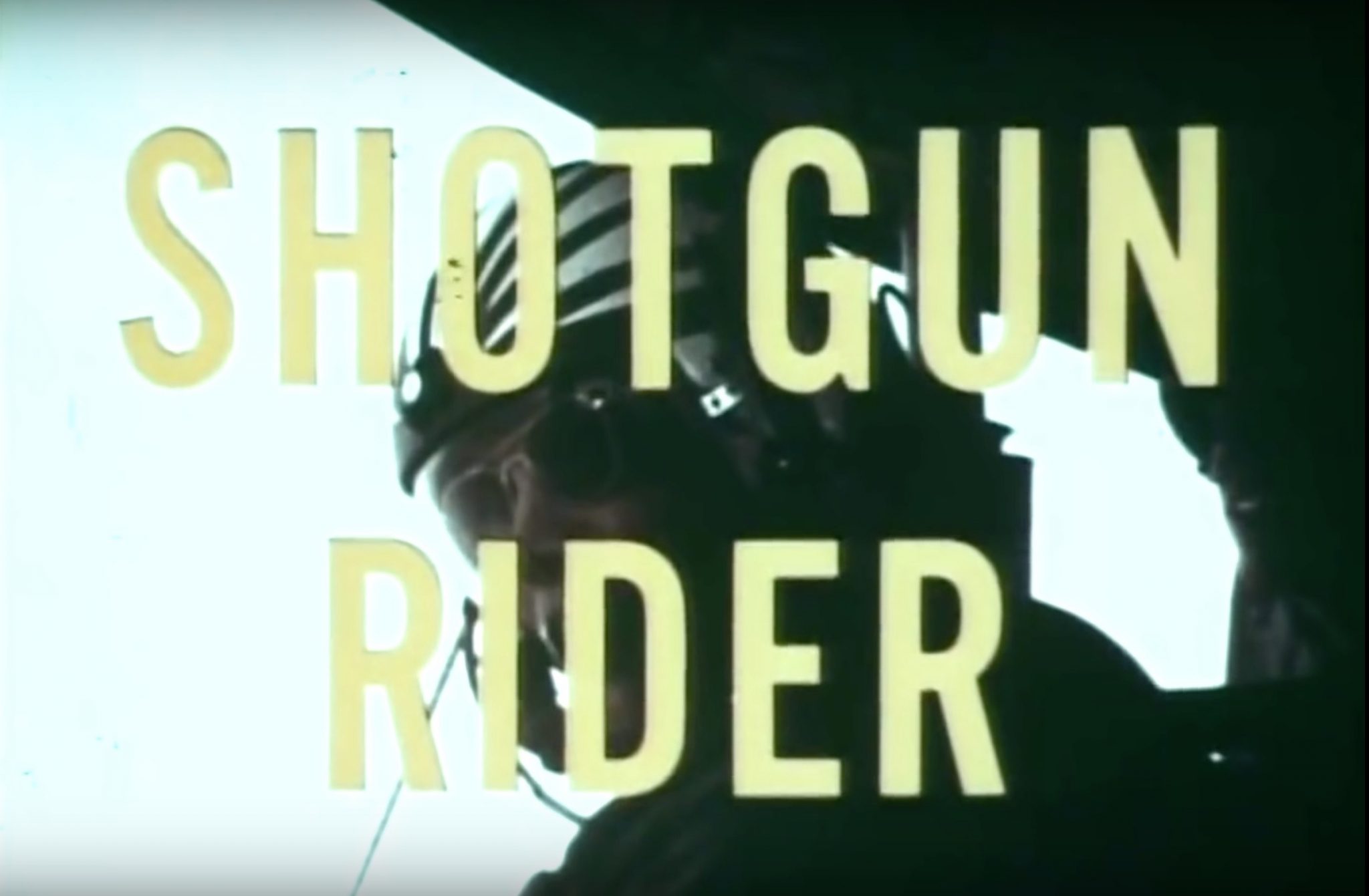