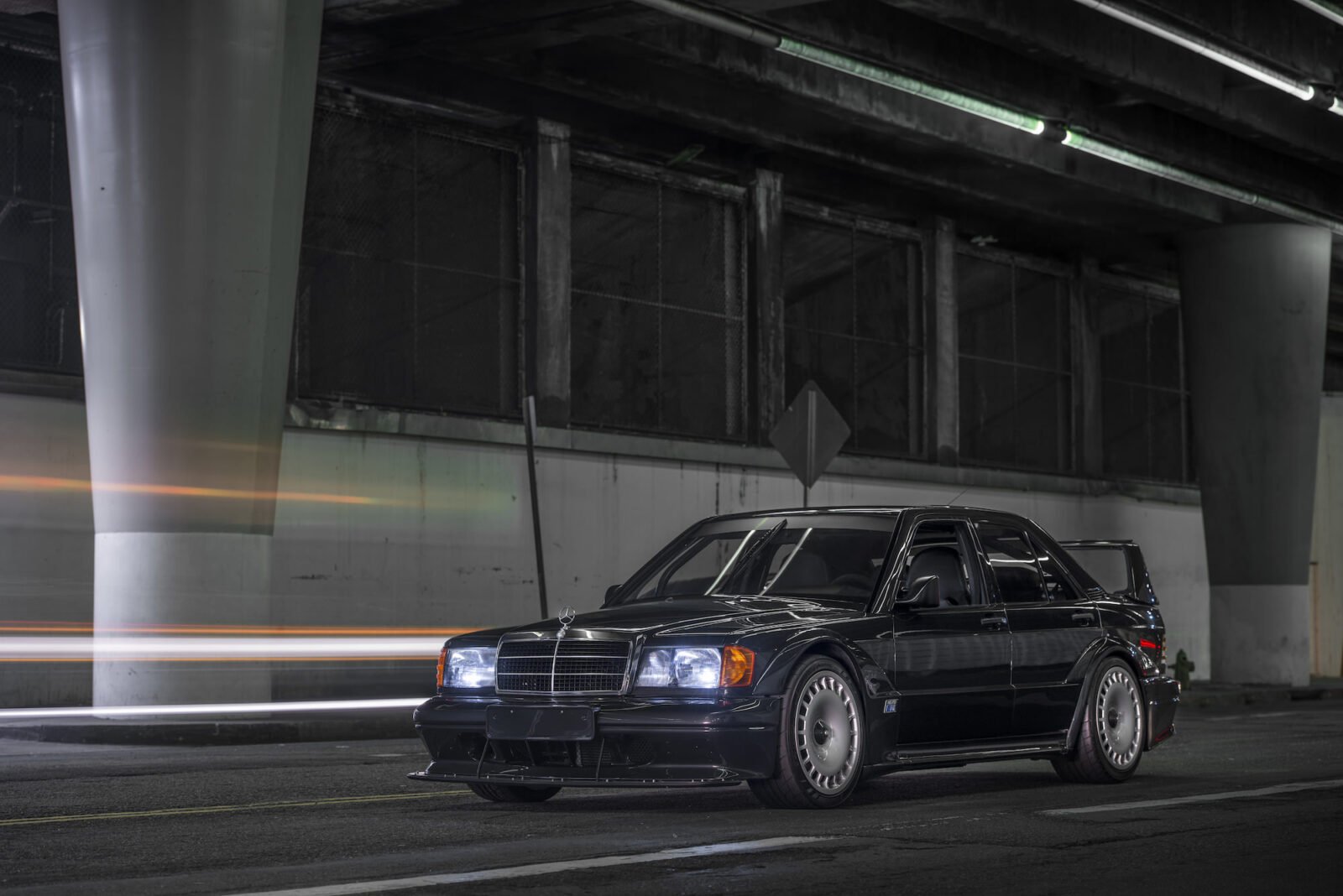 For many racing fans from Europe, the mid ’80s are a time characterised by watching the E30 M3 and the 190 E 2.3-16 swap paint on racing circuits around the continent. By the time the ’90s came around both cars needed updates – and so was born the M3 Evolution II and the 190 E 2.5-16 Evolution II. Both cars had engine capacity increased to 2.5 litres, and both had matching road-legal homologation specials made.

Mercedes-Benz decided to chose British engineering company Cosworth to develop a high-performance version of their 2.3 litre inline-4. Cosworth focussed on head work, they designed an entirely new top end for the engine that incorporated double overhead camshafts, giving the engine 16 valves in place of the original 8 – and the valves were designed to be as big as could feasibly be fitted into the combustion chamber.

The 2.5 litre engine came along in 1988 – there’s a little controversy about whether the larger iteration of the engine was developed by Cosworth or Mercedes.

There was some reticence on the part of the German automaker to admit that their race and championship winning car was only competitive because of British engineering, but some of the 2.5 litre heads clearly show Coscast logos – Cosworth’s foundry.

This 2.5 litre engine produced 235 bhp in street-tune, and power is sent to the rear wheels via a 5-speed manual transmission, and there’s independent suspension with lower control arms up front with independent five-link suspension in the rear, with hydraulic disc brakes on all four wheels.

Mercedes built just 502 examples of the 190 E 2.5-16 Evolution II for homologation purposes – making them hugely collectible now, and pristine examples like this one that have never been driven in anger on the track are sought after by collectors around the world. If you’d like to read more about it or register to bid on it, you can click here to visit RM Sotheby’s. 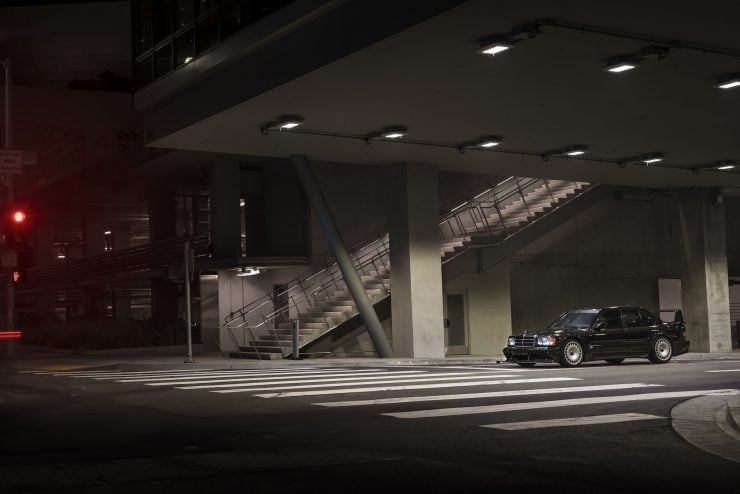 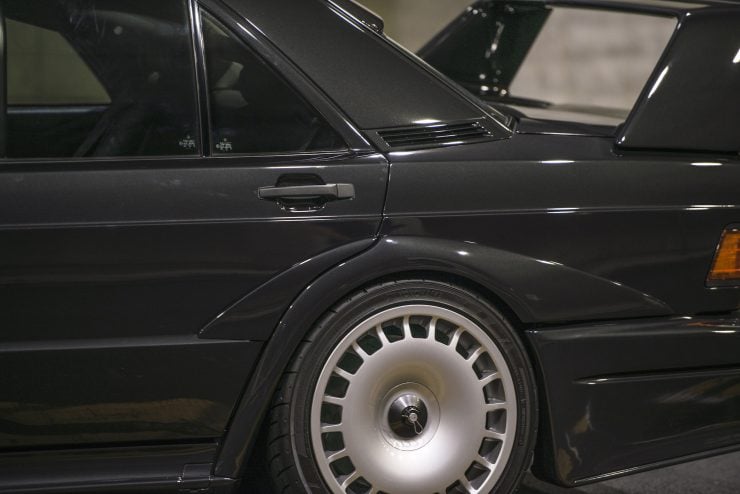 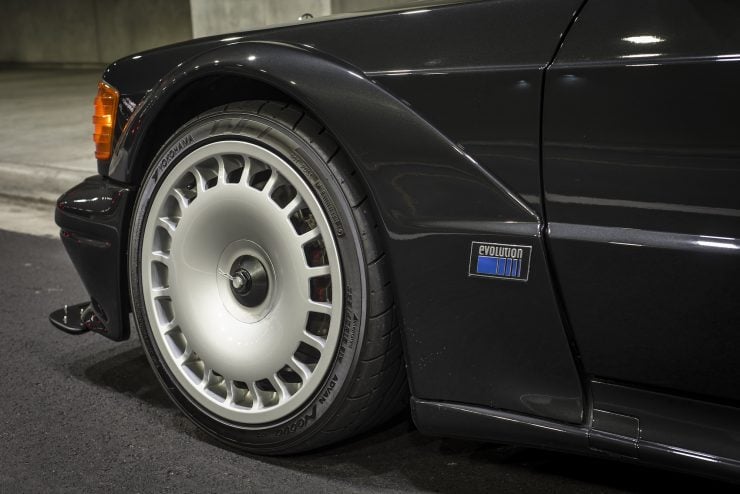 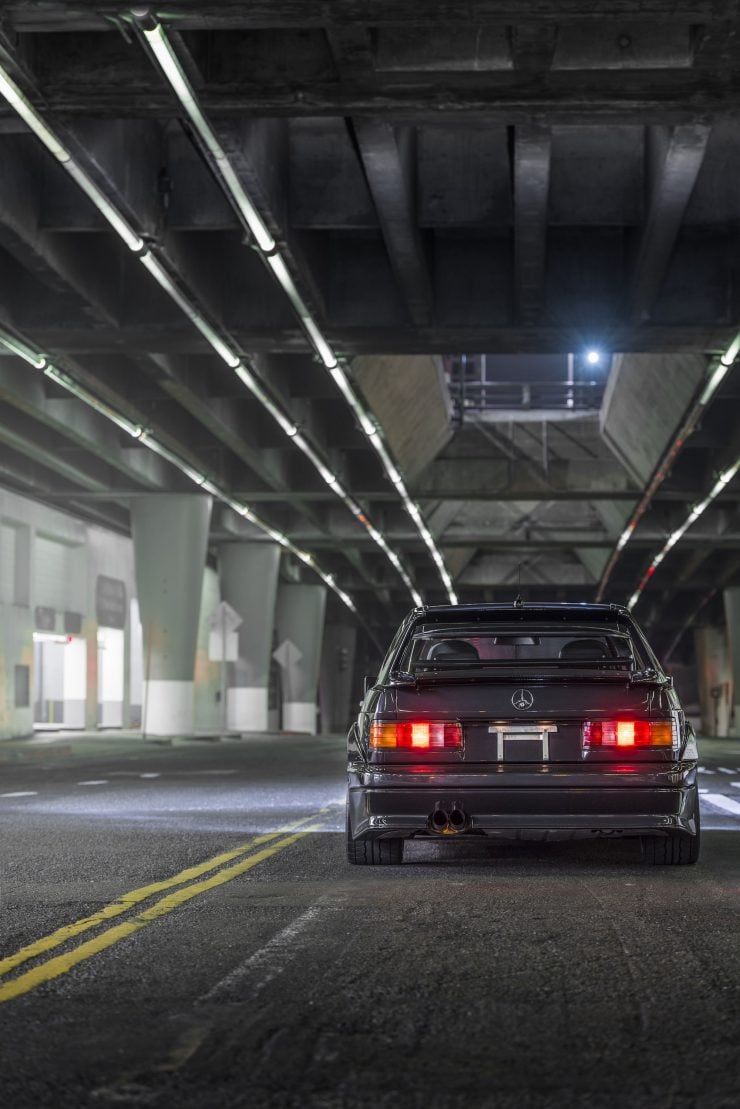 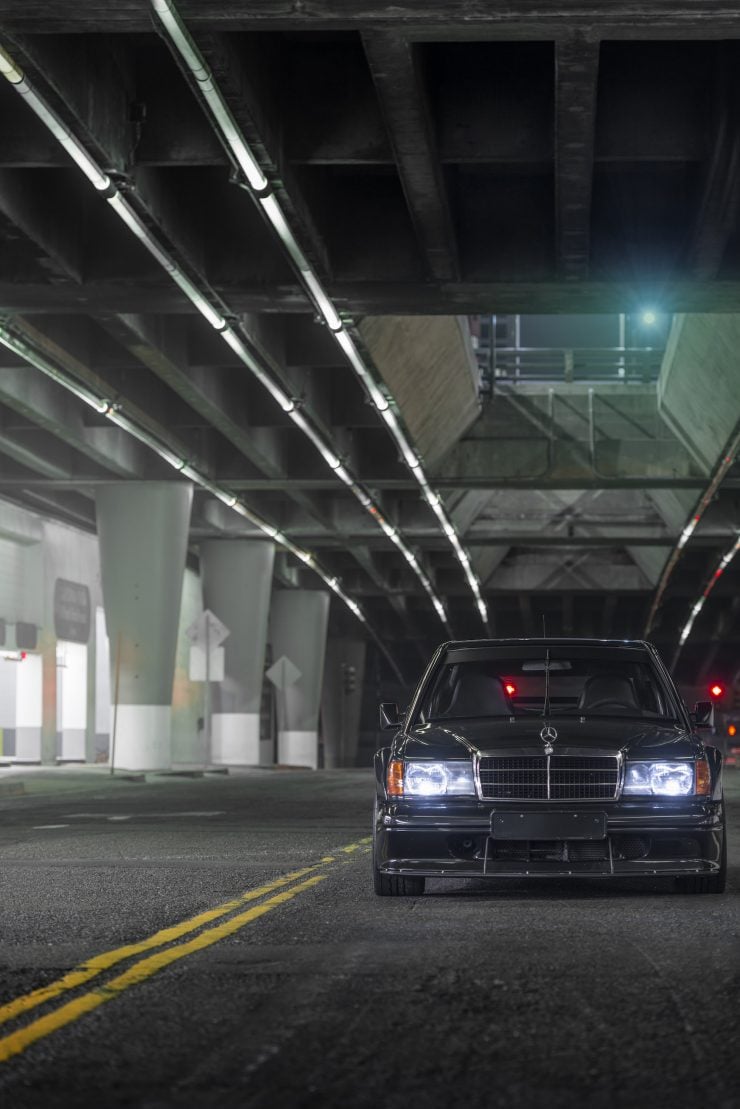 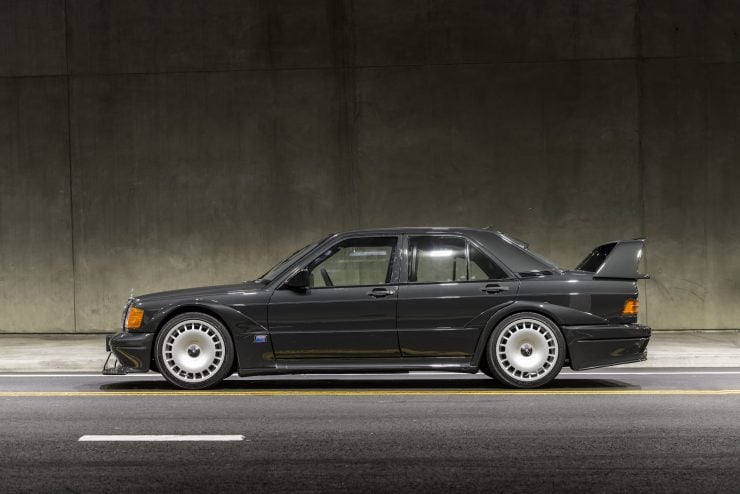 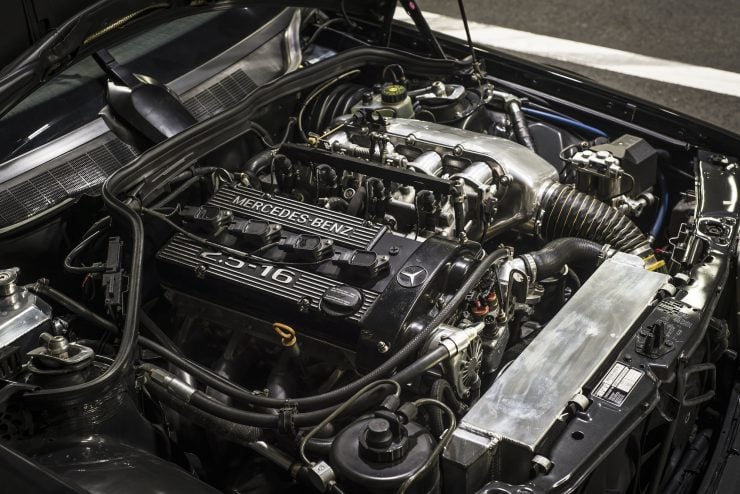 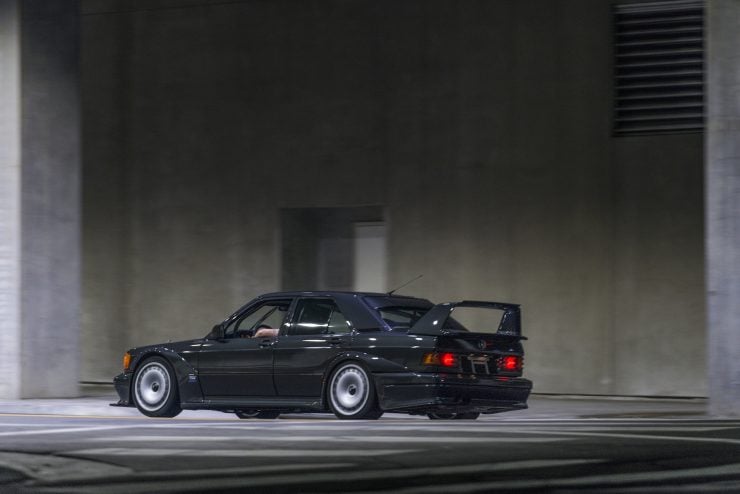 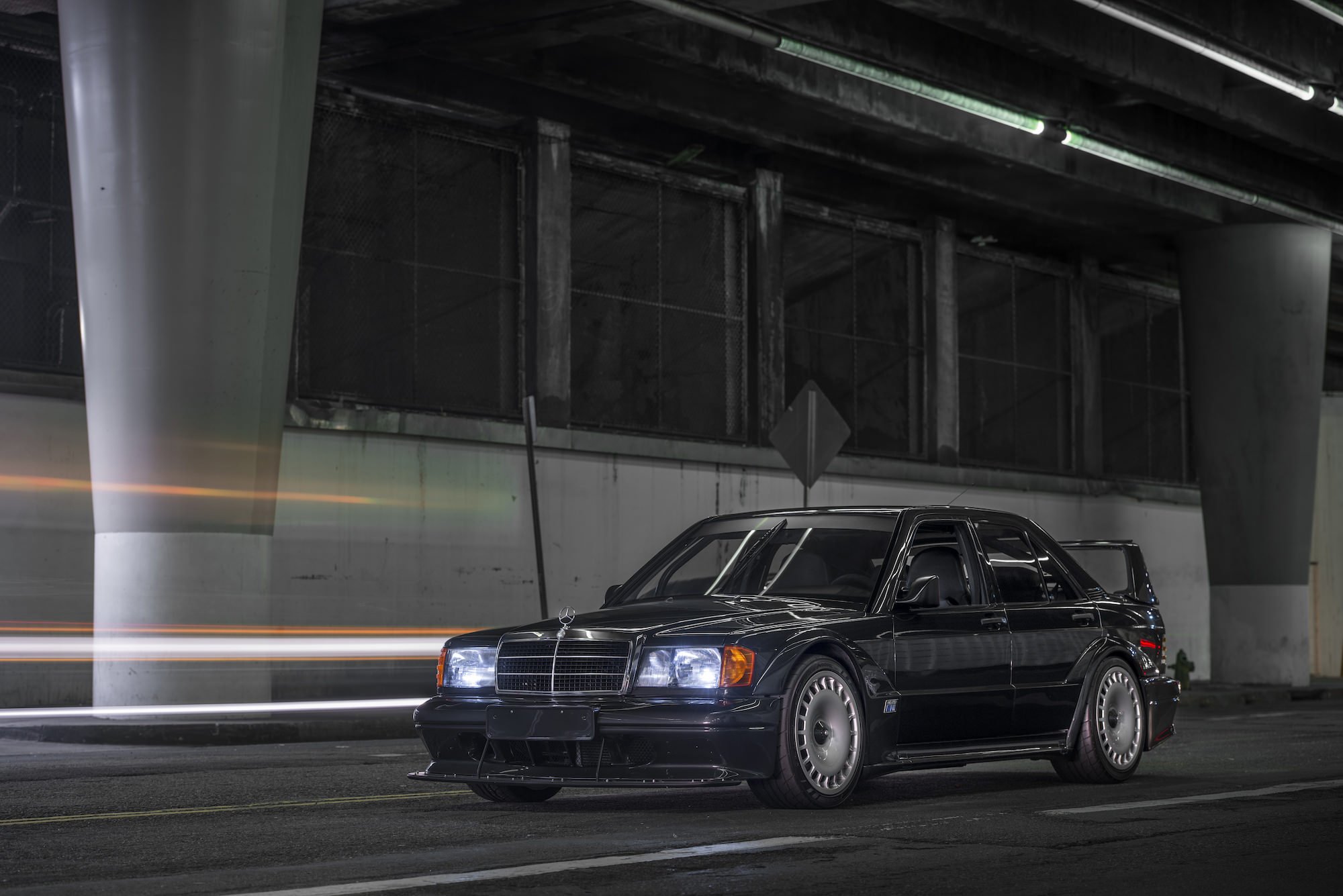