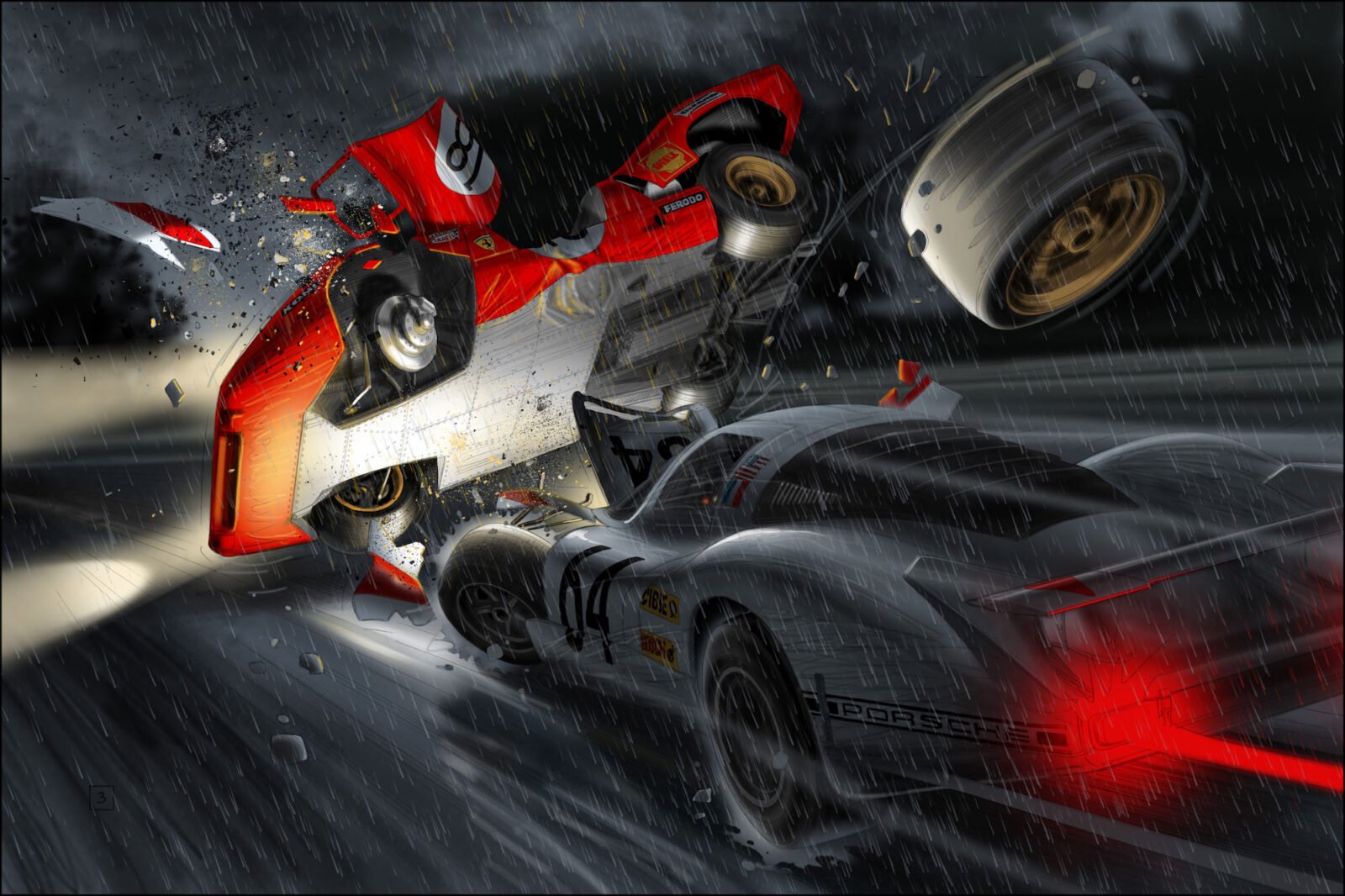 “I don’t think anyone ever filmed a car race in such a realistic and intense way, but watching it, I saw more than just the race. I pictured the panels we could create and they were so stunning that I only wanted one thing: to create and share them.” – Sandro Garbo

From start to finish the graphic novel took 3 years to complete, Sandro and his team took time to get the details of each car perfect – including the film’s main protagonists, the Porsche 917, and the Ferrari 512. 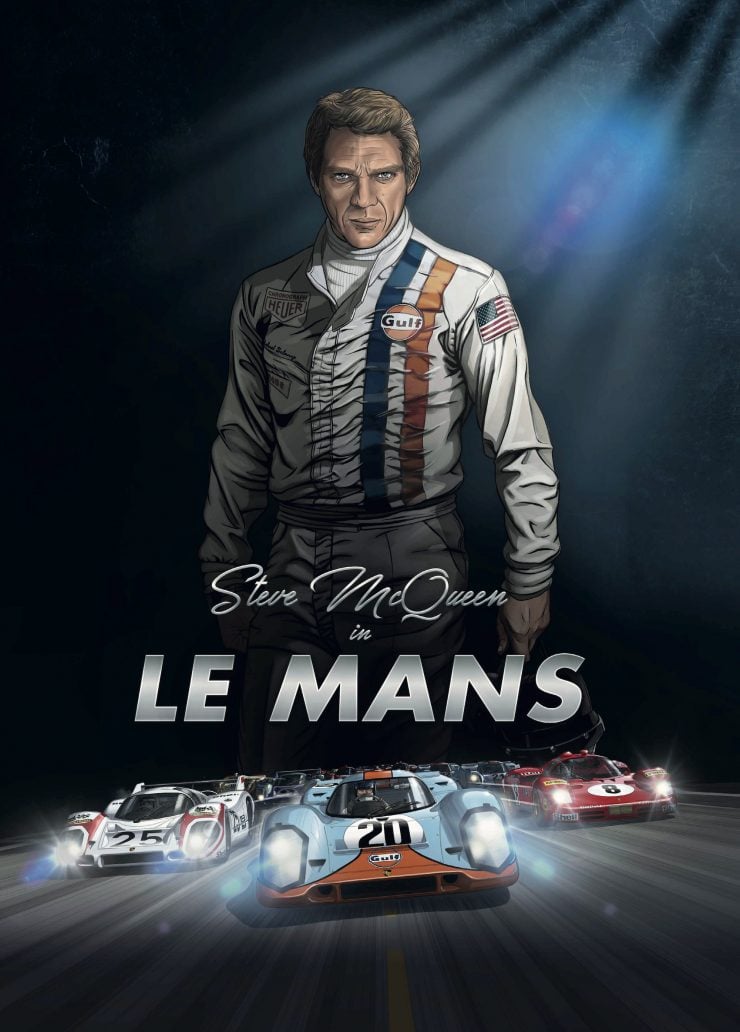 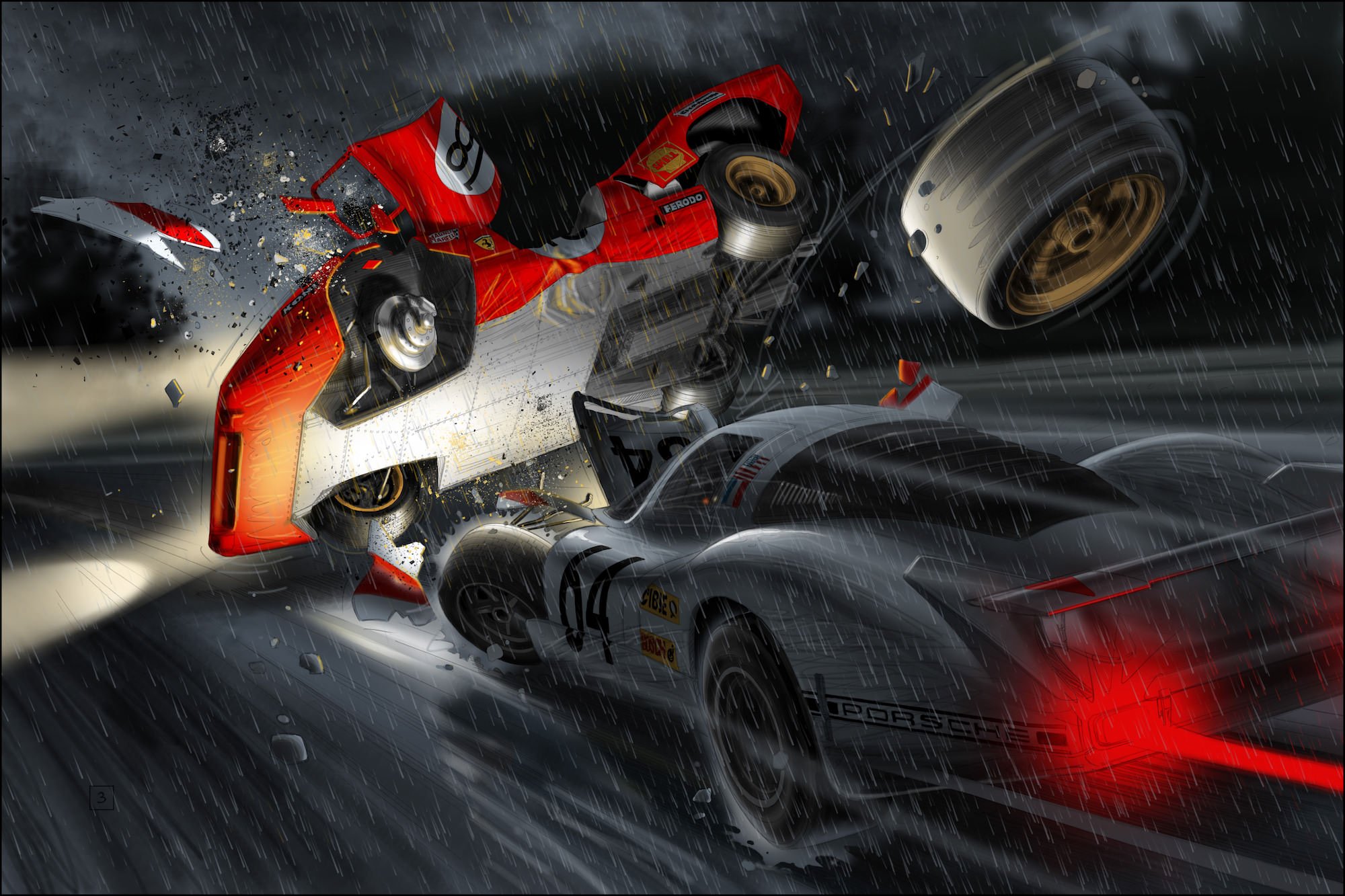