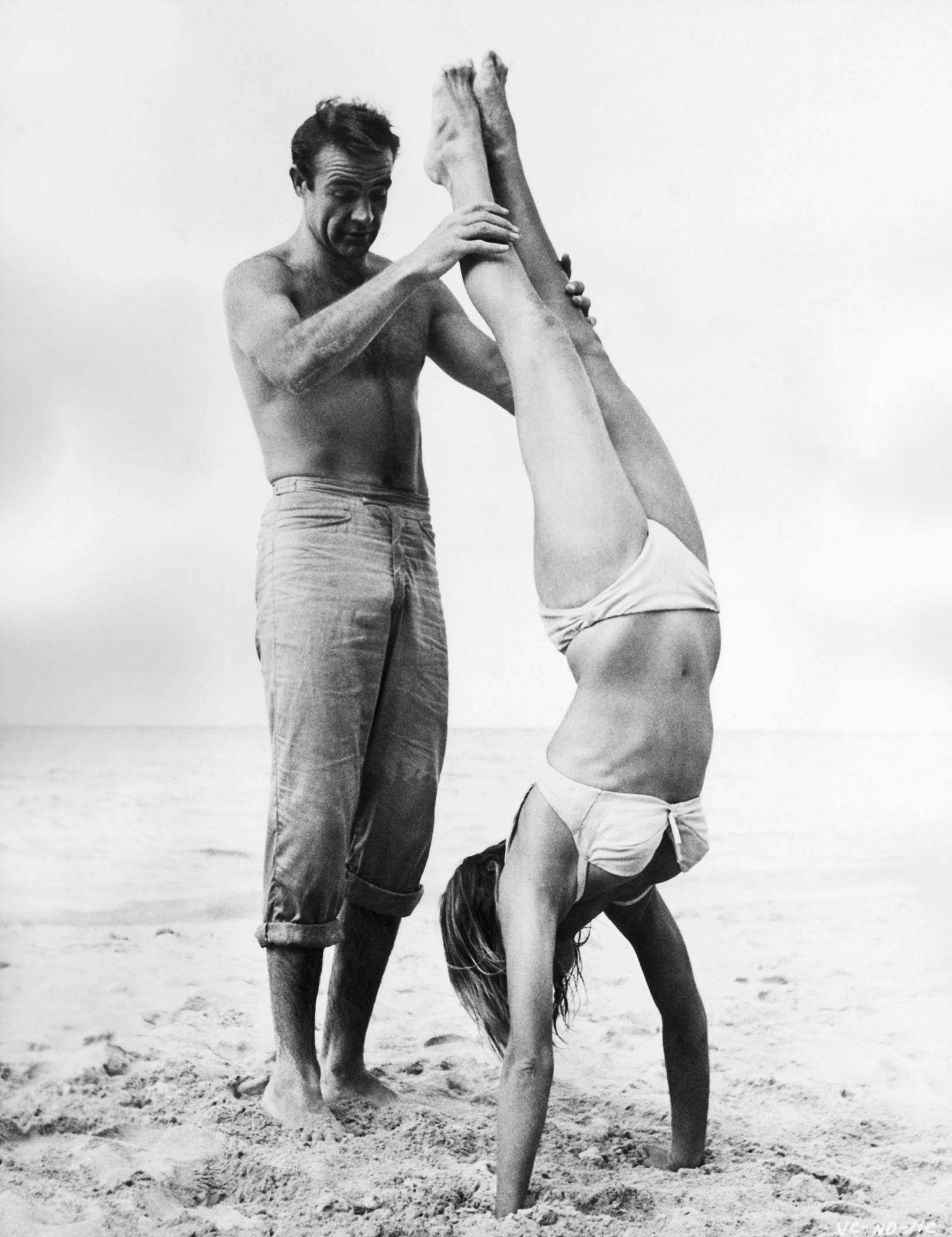 I love the look on Sean Connery’s face in this shot. I won’t begin to speculate as to what he was thinking, but I’m sure it had nothing to do with Dr No.

This image is 1625 × 2112 pixels, click it for the larger version. It’ll make a great iPad/iPhone/Android wallpaper.