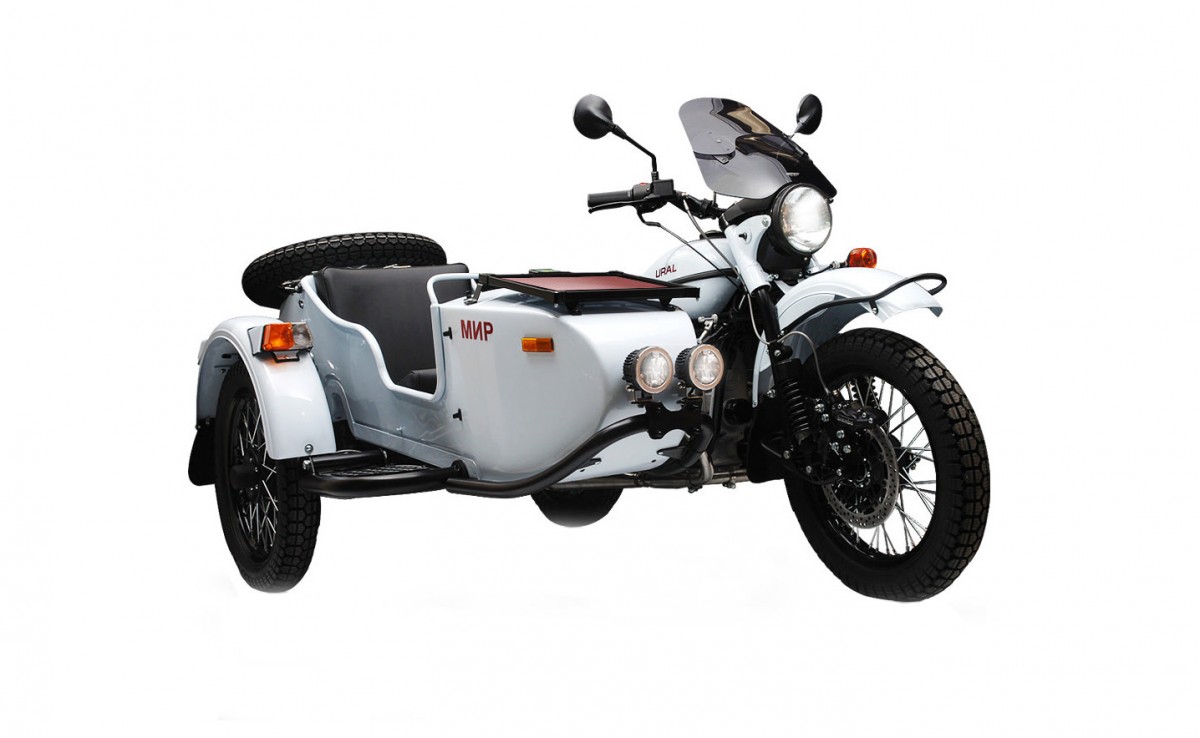 The 2014 Ural MIR is a limited edition model from the globally renowned Russian motorcycle manufacturer, it’s been named MIR after the joint Russian-American space mission that kicked off 20 years ago – opening up an unprecedented (and continuing) two decades of cooperation between the two superpowers.

For the MIR special edition, Ural have added a fully functioning solar panel to the top of the sidecar – this panel can charge electrical accessories and also acts as a battery tender. The paint is called “orbital white” and it’s finished off with a blue pearl clear – referencing the clouds and oceans as seen from the space station.

The sidecar has also been fitted with dual high-intensity LED lights and a custom tonneau cover that utilises reflective insulation – it can be used as a thermal blanket if you find yourself stuck overnight unexpectedly. An emergency repair wrench has been attached to the sidecar for maintenance on the road and the MIR comes as standard with rider and passenger windshields, a spare tire, a sidecar nose luggage rack, “MИР” LE badging, and, on demand 2WD.

The 2WD system can be engaged or disengaged by the rider – depending on conditions and requirements, as with all Urals this one is powered by that bulletproof 749cc flat-twin capable of 41hp and 42ft-lbs of torque. All Urals are now fitted with throttle body EFI, Brembo brakes, Sachs and aluminium wheels, as well as fuel economy in the 31 to 37mpg range. 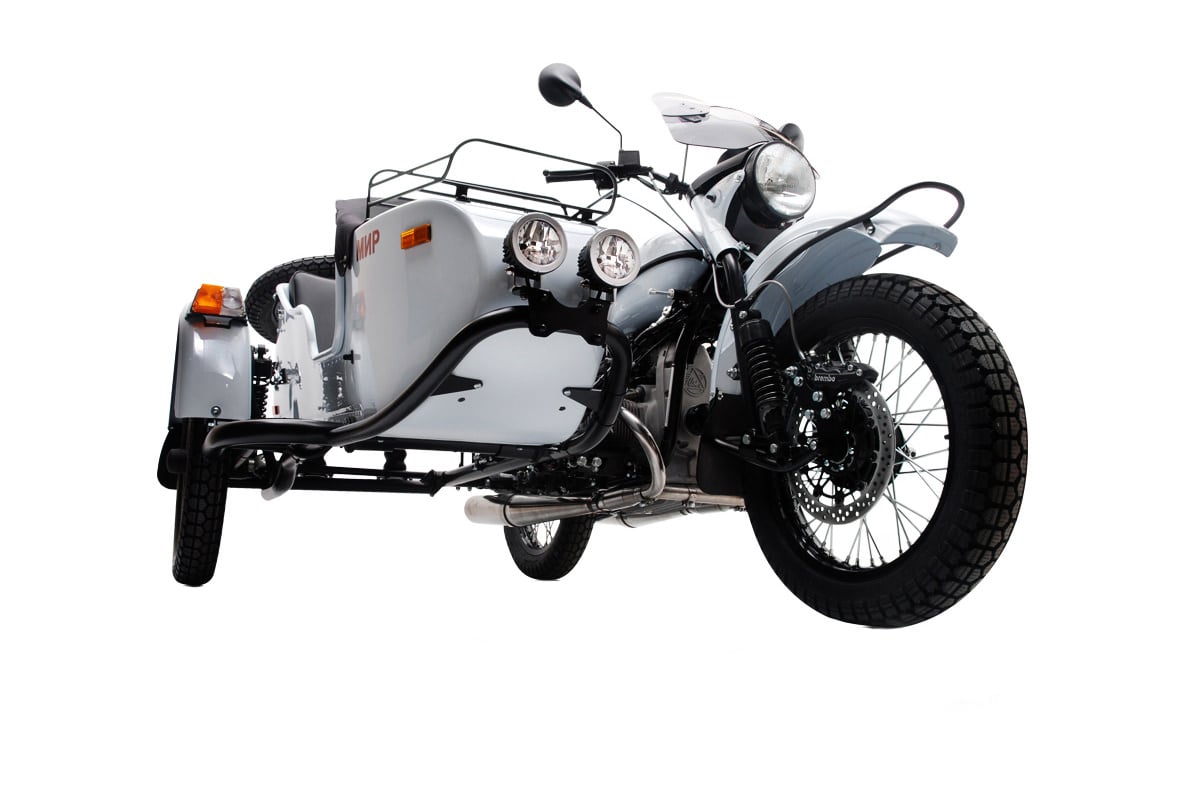 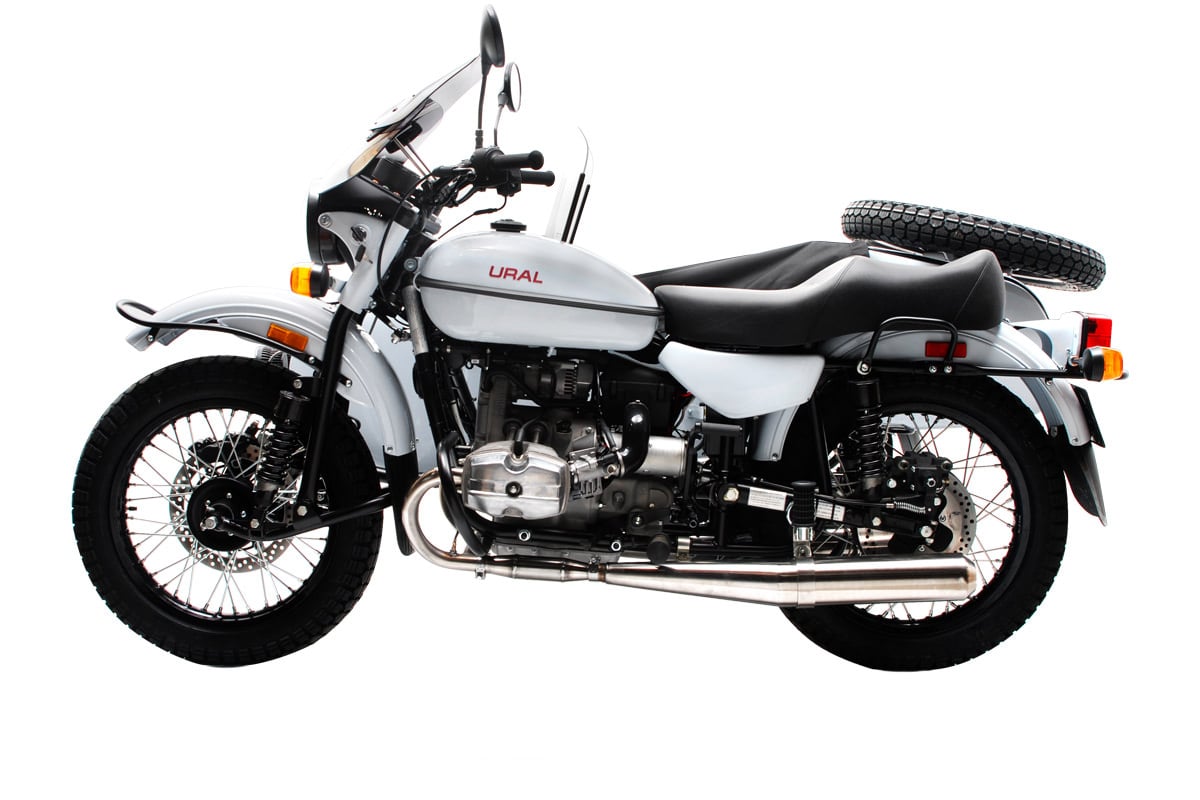 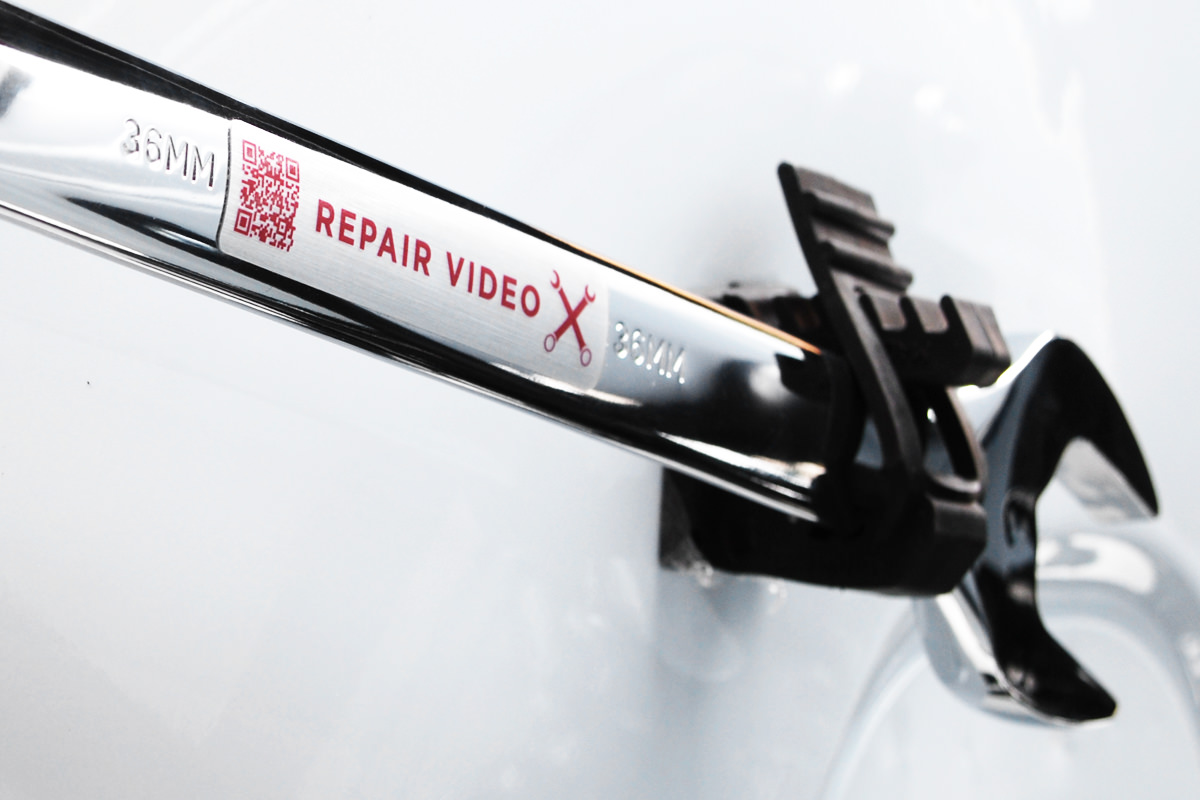 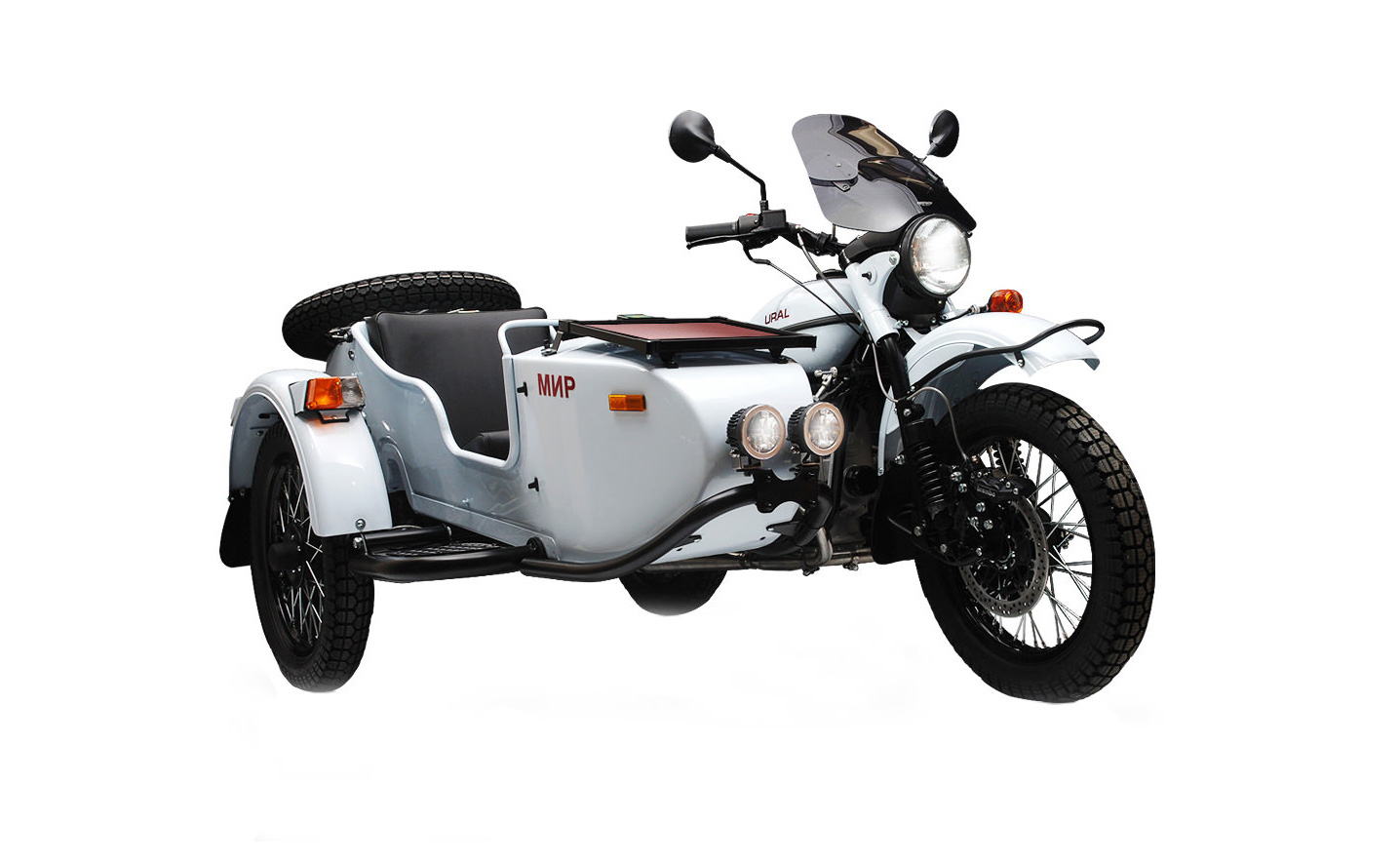