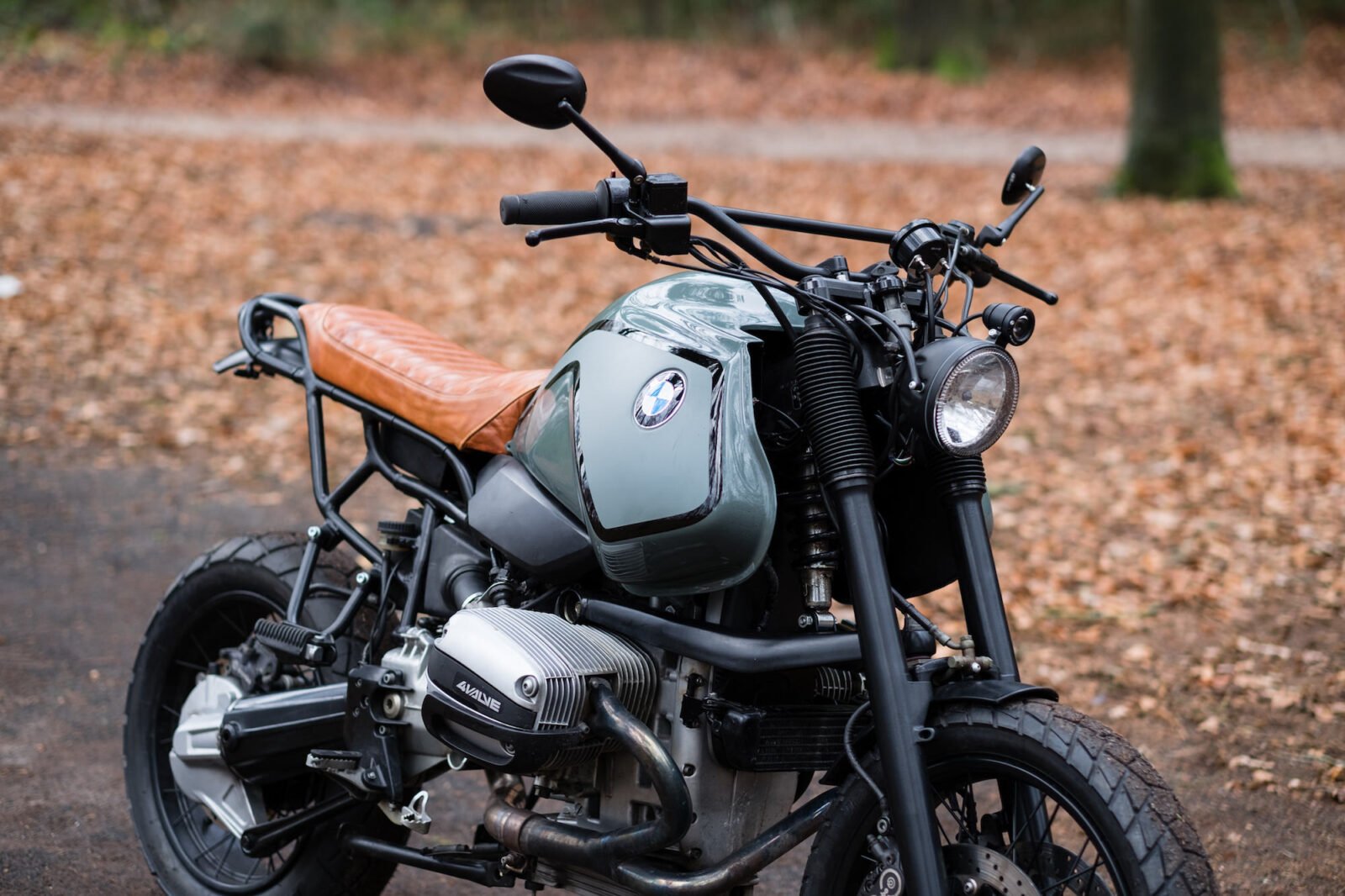 The BMW R1100GS is a boxer twin adventure motorcycle built between 1994 and 1999, after which it was replaced by the slightly larger R1150GS. The R1100GS is an important model for BMW for a number of reasons – it was the first time oil-cooling had been paired with the more traditional air-cooling on the BMW boxer twin, the interesting Telelever (Saxon-Motodd) front suspension made its first appearance, and the number of valves per cylinder doubled from 2 to 4.

The boxer twin in the R1100GS has a capacity of 1085cc and a power output of 80 hp with 72 ft lbs of torque. This moves the wet weight of 243 kg (536 lbs) at speeds of up to 121 mph (195 km/h) – although these weren’t built with top speed in mind, they were built to cross continents and handle significant variances in terrain.

One garage who had no qualms about customising a R1100GS is Moto Adonis, a custom motorcycle garage based in the Netherlands.

They were approached by a well-known tattoo artist named Bobeus, who’s a little on the tall side for most motorcycles. The team at Moto Adonis suggested the BMW R1100GS as a starting point due to its size, Bobeus agreed and went off to hunt down a clean, low-mileage example as a starting point for the build.

Once the bike had been rolled into the Moto Adonis garage the work began with an entirely new rear subframe, built to tailored specifications to account for the height of its new rider. A new seat pan and battery/electrical box was then fabricated, and a new seat was made by Miller upholstery.

The distinctive front end of the R1100GS with its “duck bill” mud guard and hefty headlight and instrument cluster was all removed and a new much less intrusive fender was made, with a smaller headlight, an Acewell gauge, and a small piggyback headlight for night runs through the forest.

The frame, wheels, and fenders were powdercoated black, and the large fuel tank was given a new blue/grey tone that works surprisingly well. A solid set of Bridgestone Trail Wing tires were fitted to make sure the BMW would be as capable off road as on, and a new exhaust completed the bike ready for delivery. 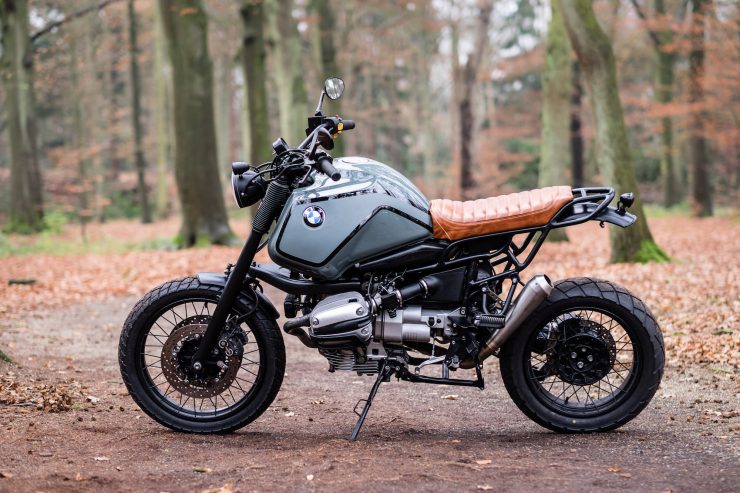 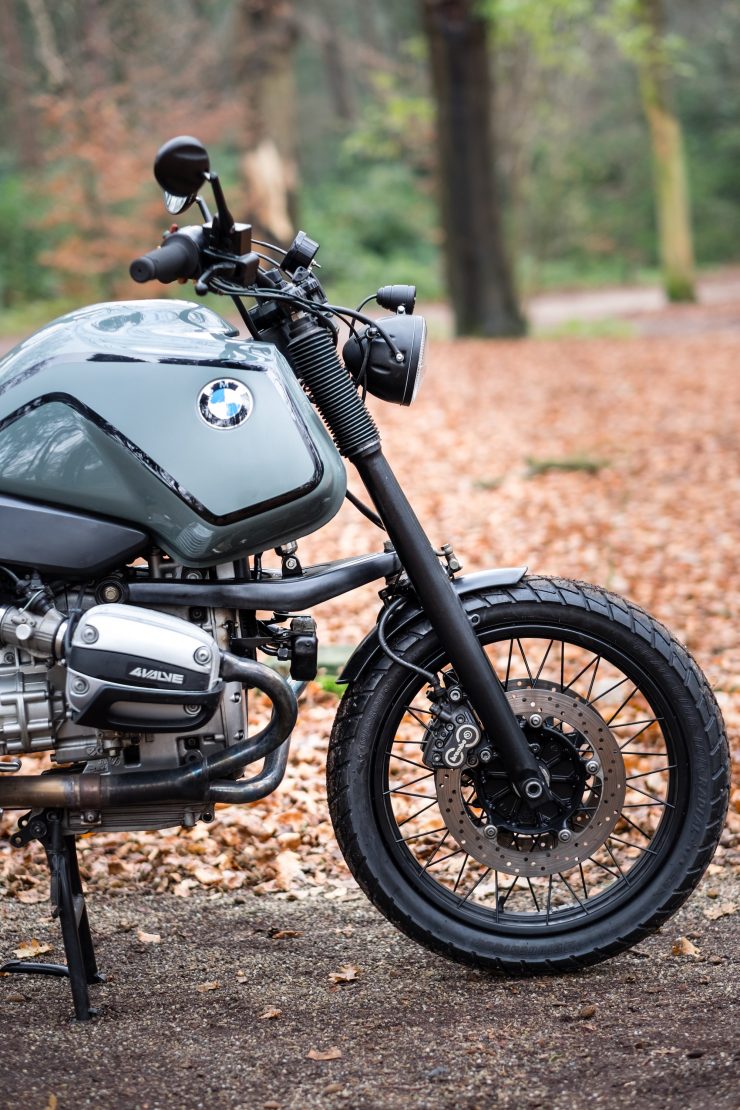 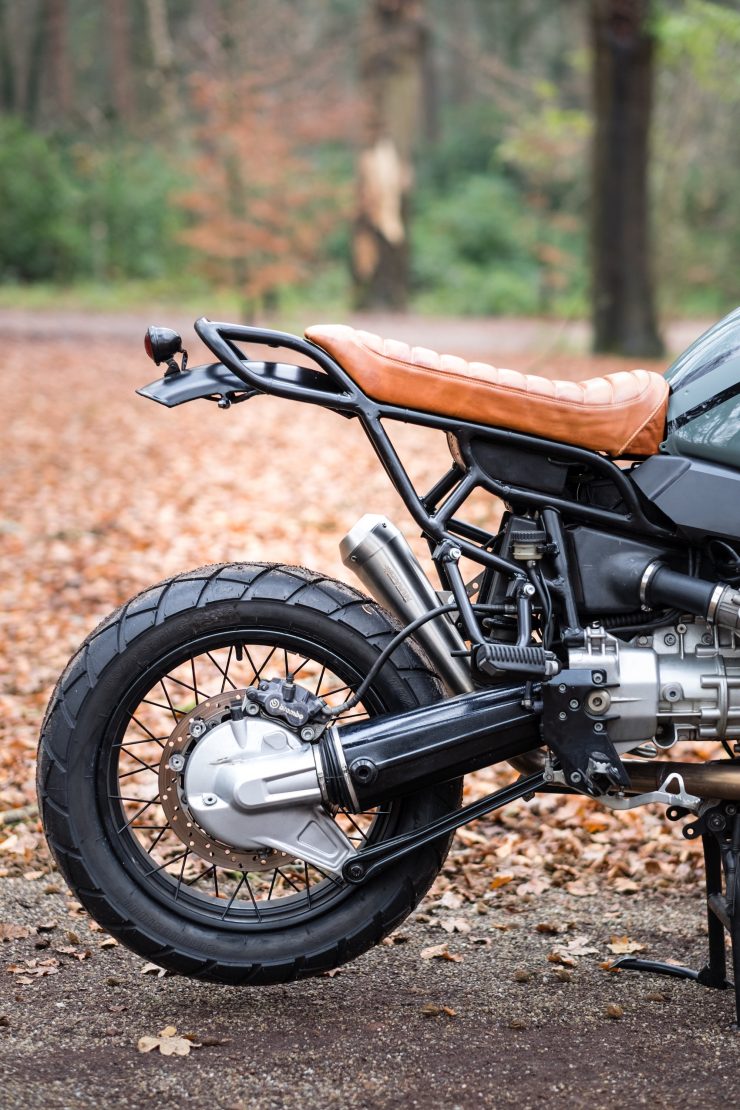 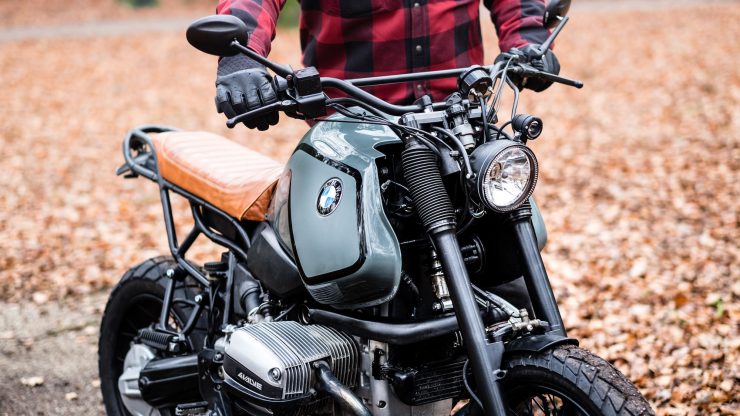 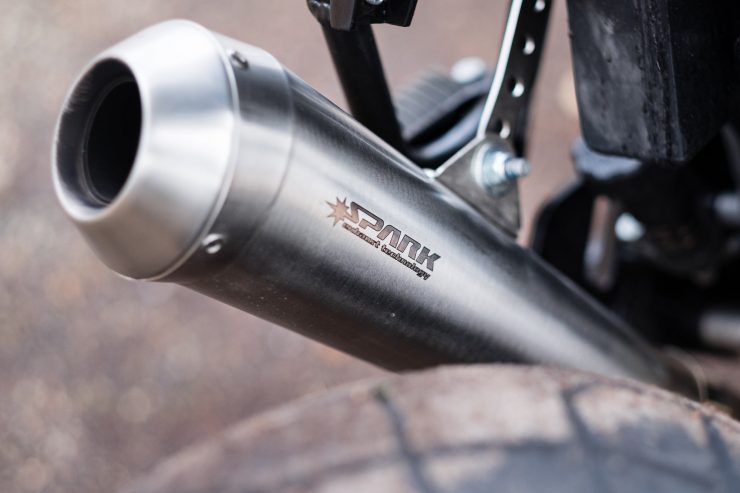 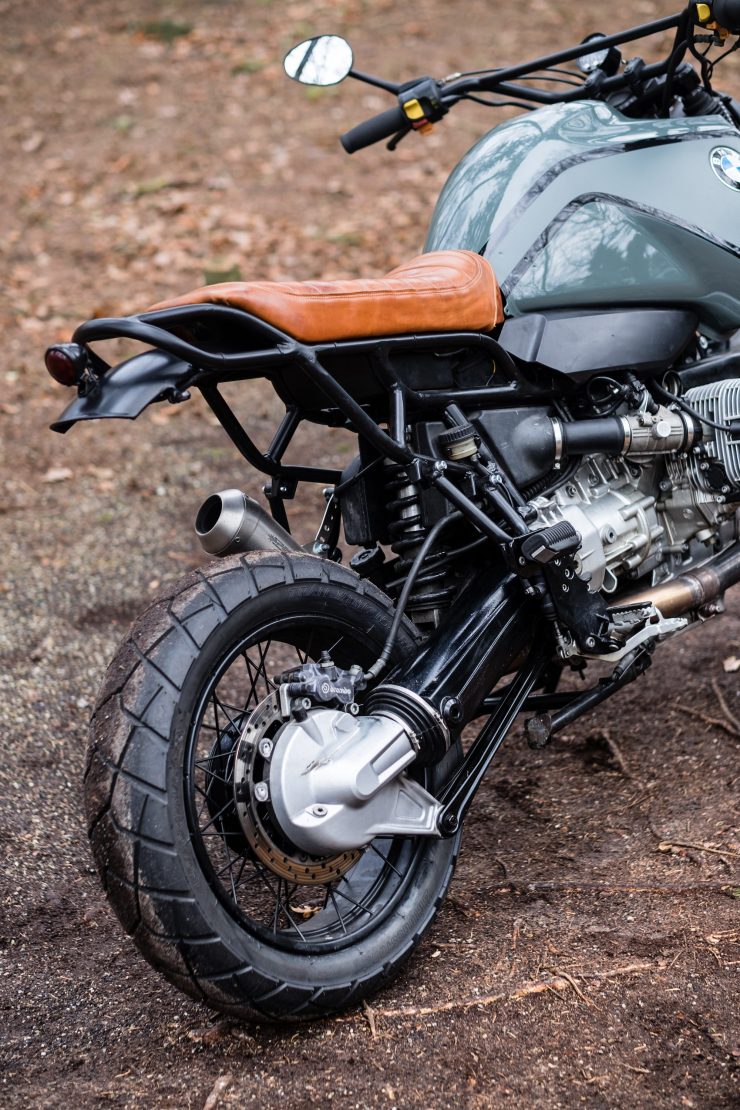 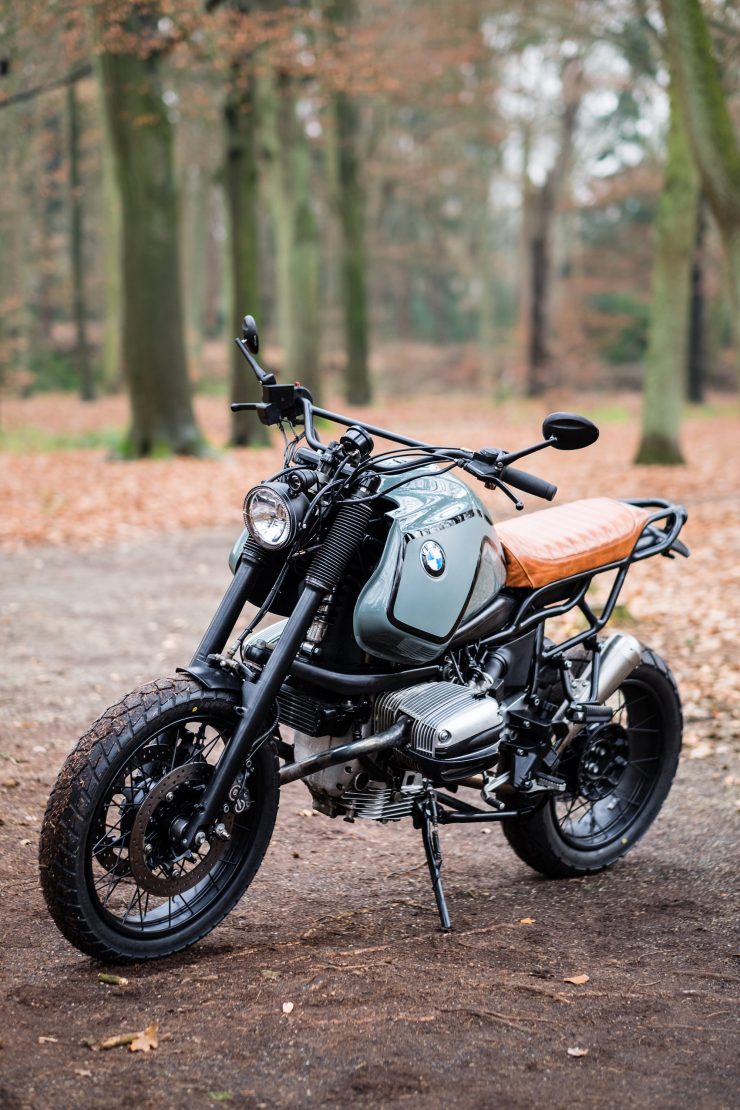 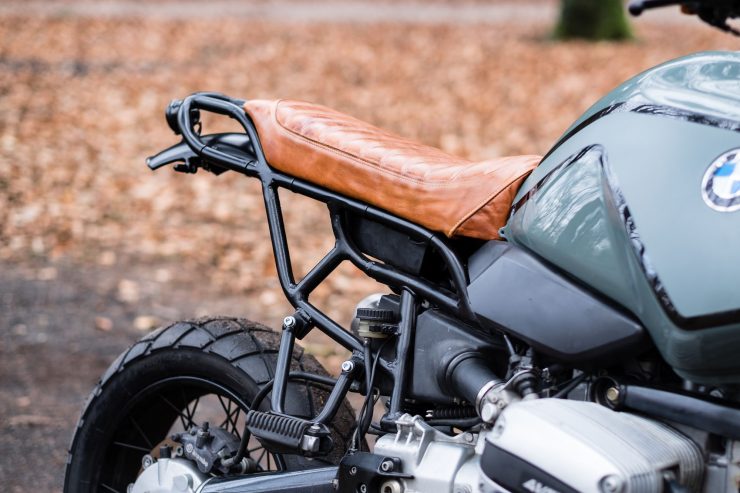 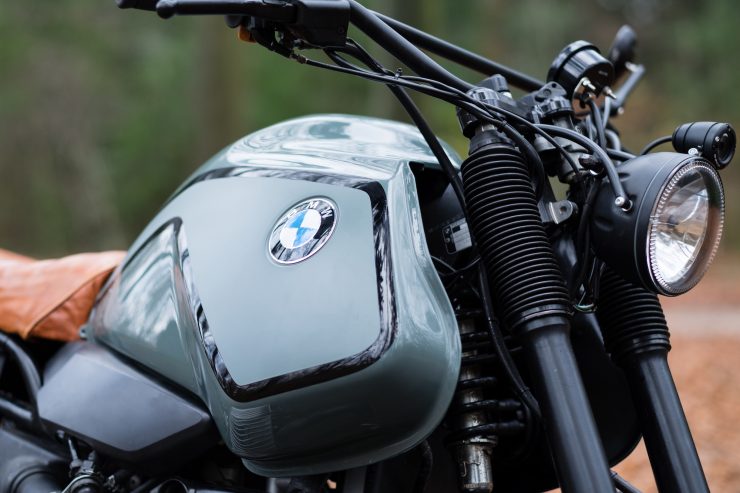 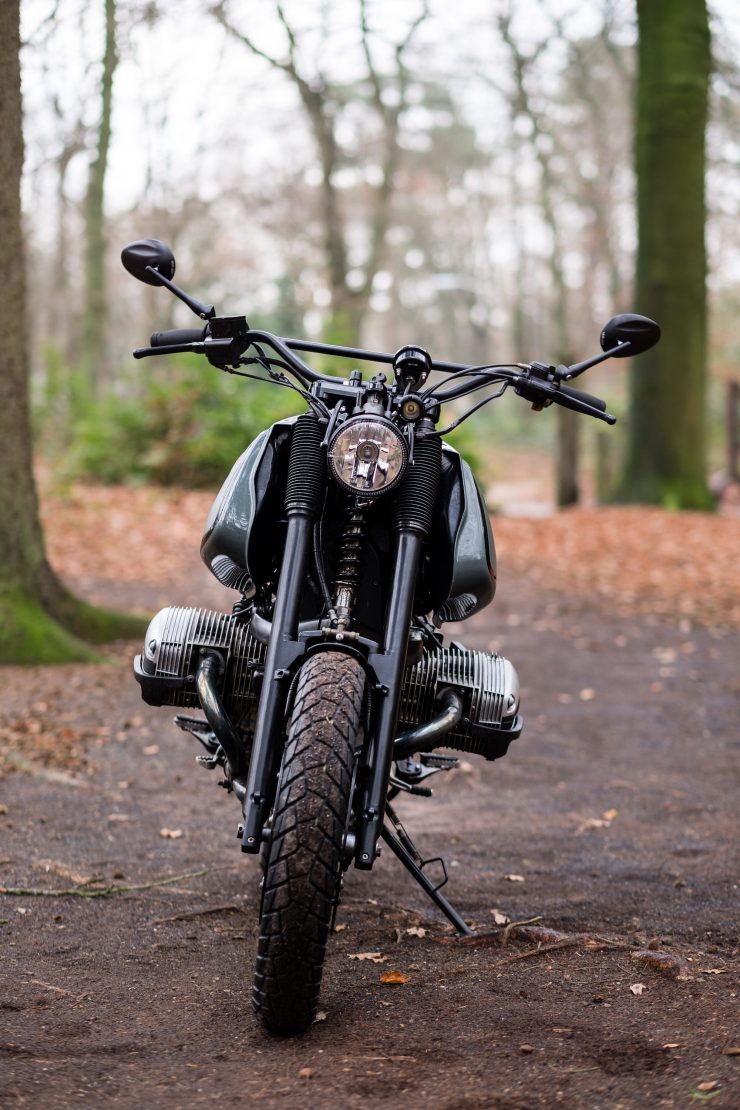 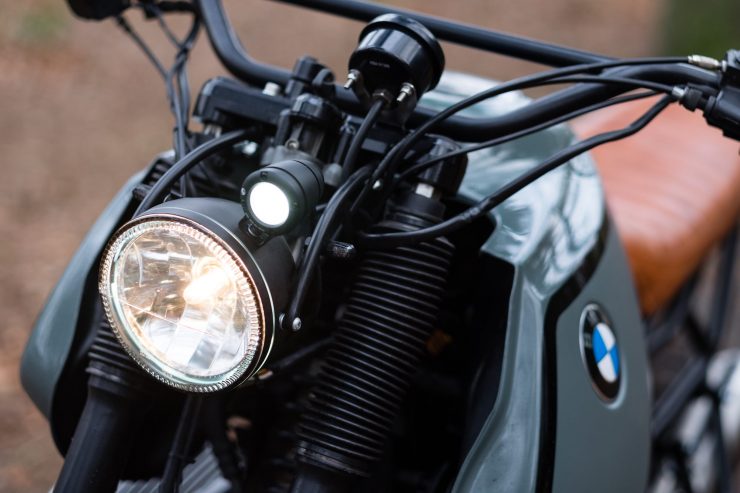 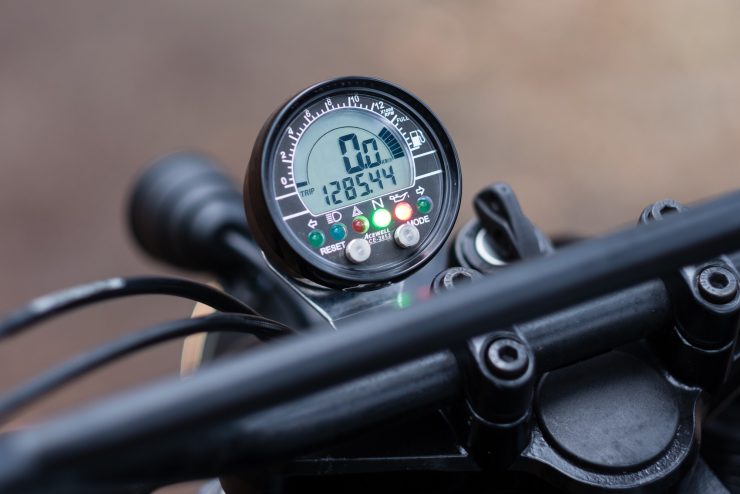 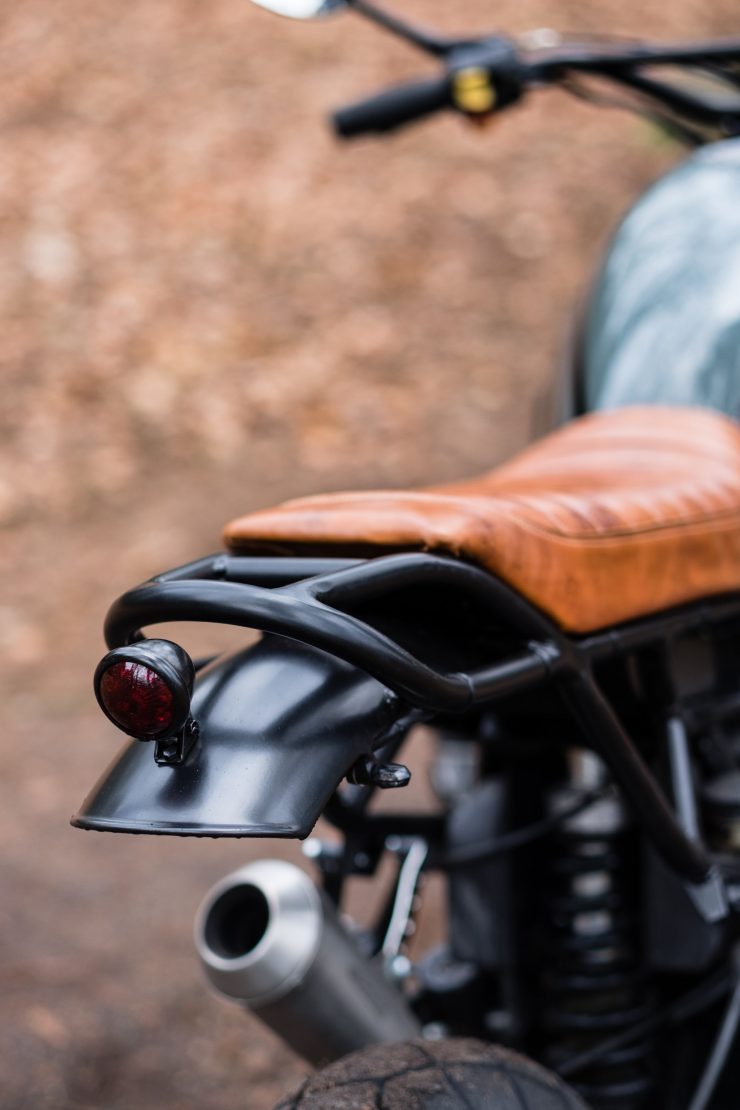 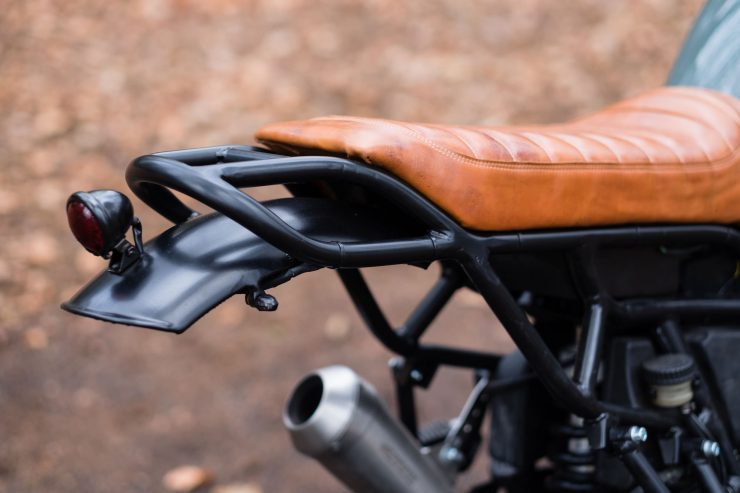 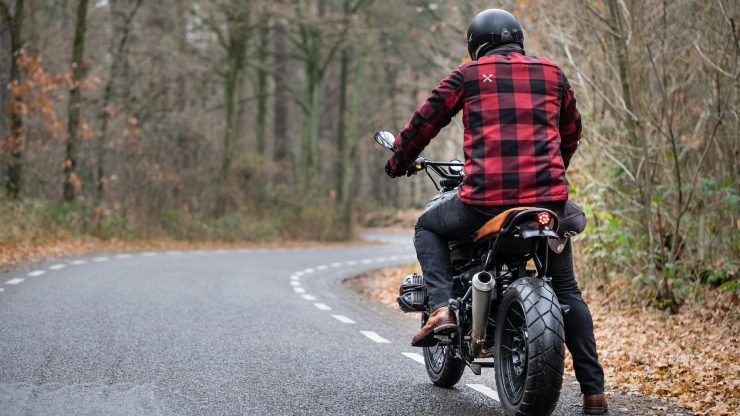 All images by Mark Meisner 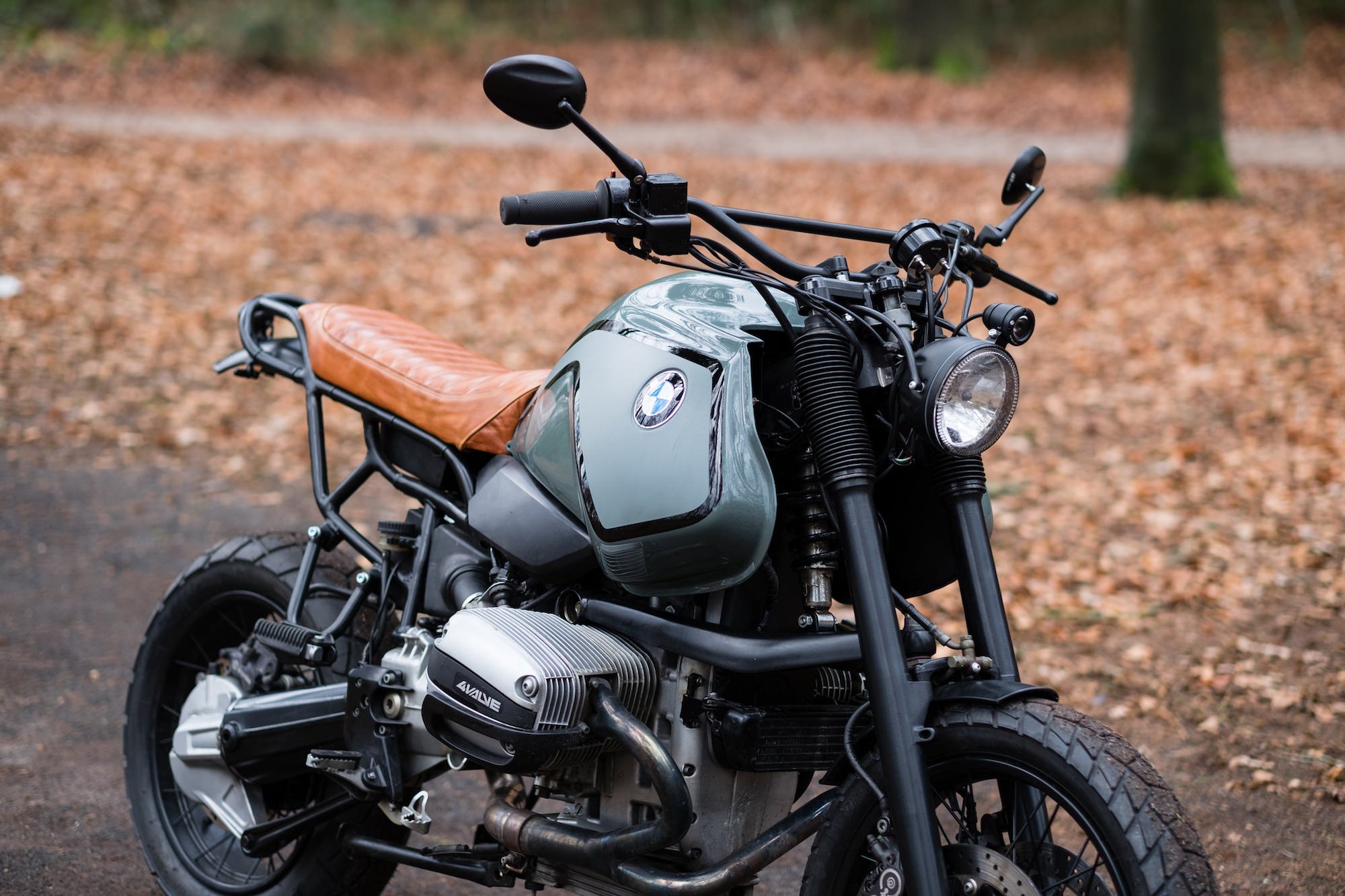