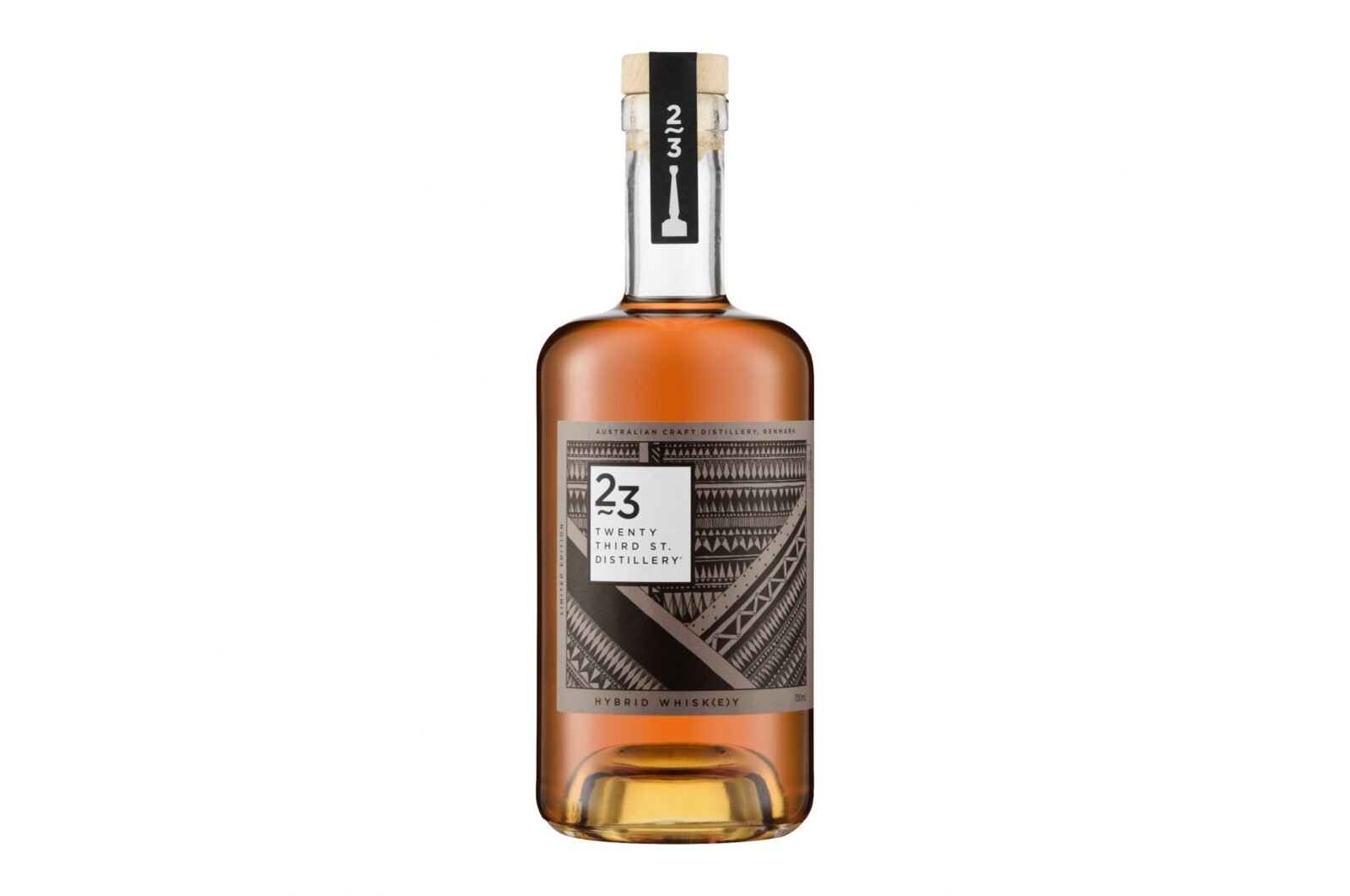 Hybrid Whisk(e)y is a creation by Head Distiller Graham Buller at the Twenty Third Street Distillery in South Australia. He’s taken traditional scotch with five years of barrel ageing and combined it with Bourbon that has two years of barrel ageing, the final blend then goes back into bourbon barrels for finishing.

The non-traditional combination of scotch and bourbon is likely to give purist whiskey aficionados a case of the vapors, but for the rest of us it offers an interesting and refreshing excuse to roll out the tumblers and have a tasting.

Distinctive, unusual, delicious. Toasty Oak like aromas with hints of sweet sherry are lifted and sweetened by floral and fruity notes. Rounded malt like flavours and the rich sherry characters are evident on the palate, with as toasty oak and some what oily nuttiness to the finish. To be savoured neat or with a little water or ice.

Note: If you live outside Australia may need to special order this at your local whiskey retailer. 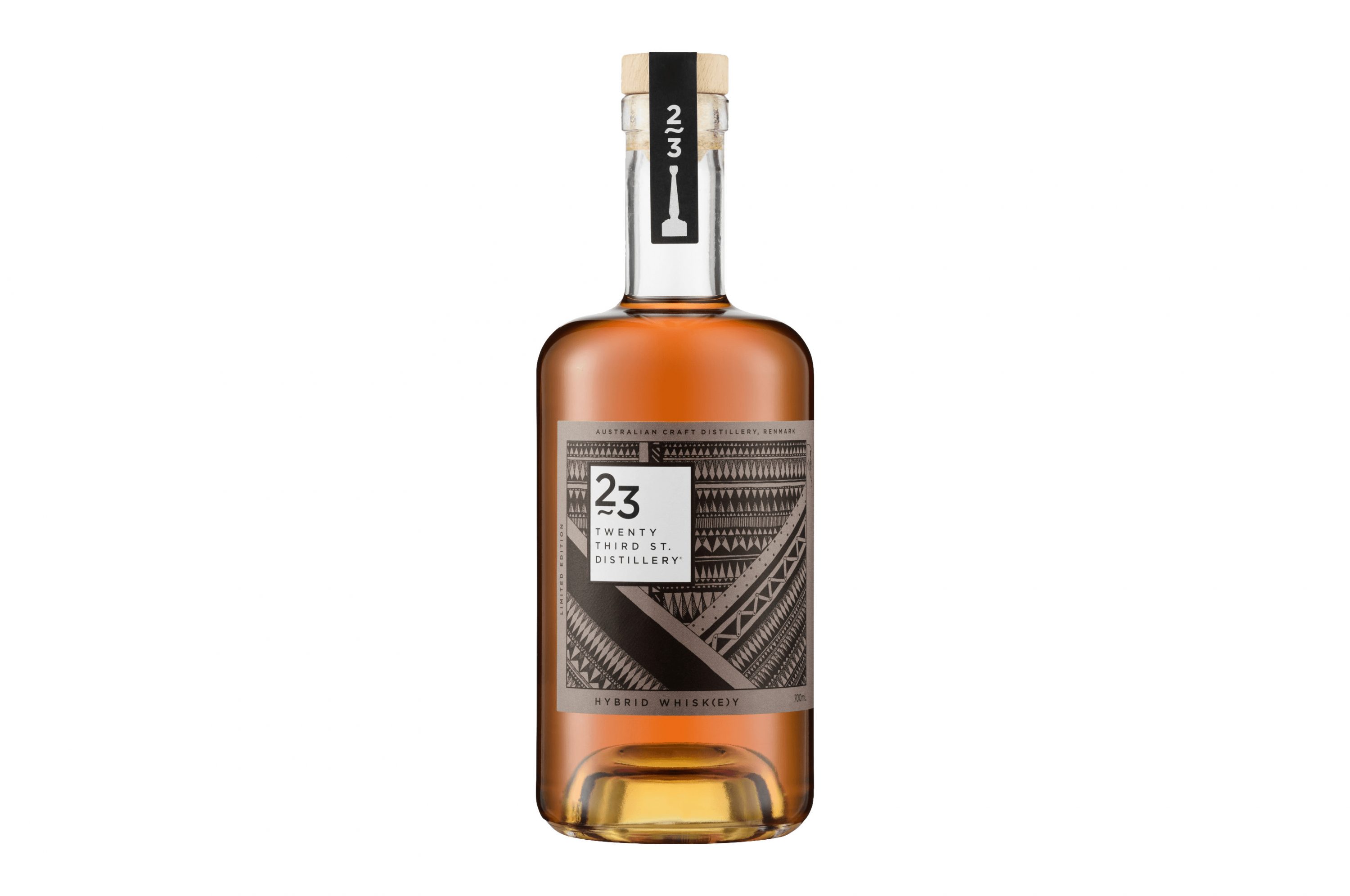