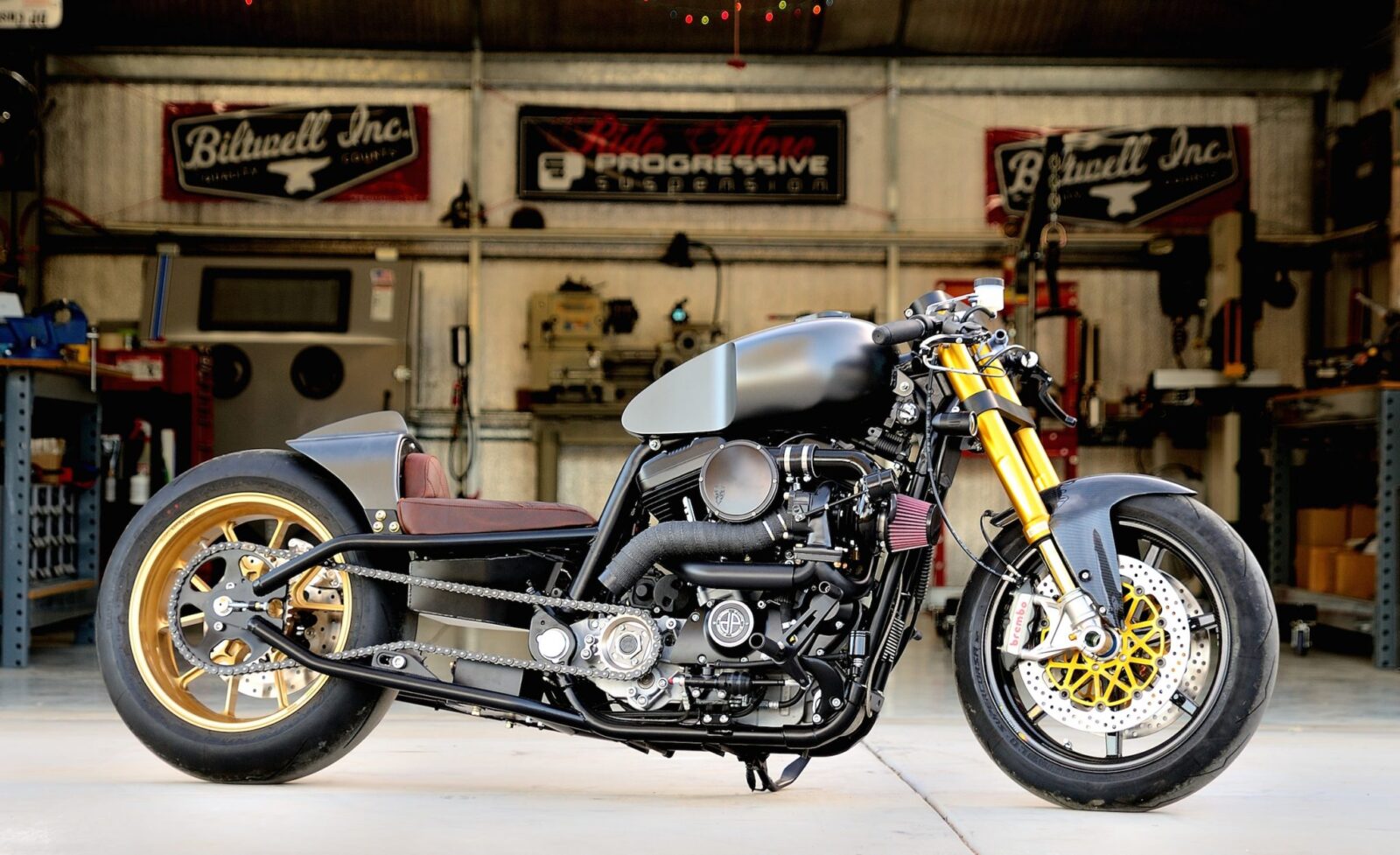 It’s always a staff favourite when we get the chance to feature a turbocharged motorcycle here on Silodrome, motorcycles usually have a power to weight ratio so absurd that adding a compressor into the mix is usually considered an unnecessary complication. Fortunately though, the team at DP Customs love nothing more than a little in the way of unnecessary complication. Especially if it makes things faster.

With a rear wheel horsepower rating of 154 and 132 torques (as Clarkson would say) this is an air-cooled 1200cc Harley-Davidson V-Twin that can mix it up with the likes of Ducati and KTM. The engine was built by Trask Performance and features a welded crank, Screaming Eagle heads and a Thundermax ECU – the turbo generates 14PSI and is fed by a lone pod air-filter.

The frame has had its rear cropped and replaced with a custom 8″ stretch drop-seat hard-tail, the oil tank, seat pan and battery box were all then fabricated in house and fitted. The fuses/circuit breakers etc. are housed in a custom enclosure below the seat, and the Thundermax tuner is in the rear cowl. The fuel tank started as an original Harley OEM unit that was chopped and redesigned by DP Customs to suit the look and feel of the new bike. 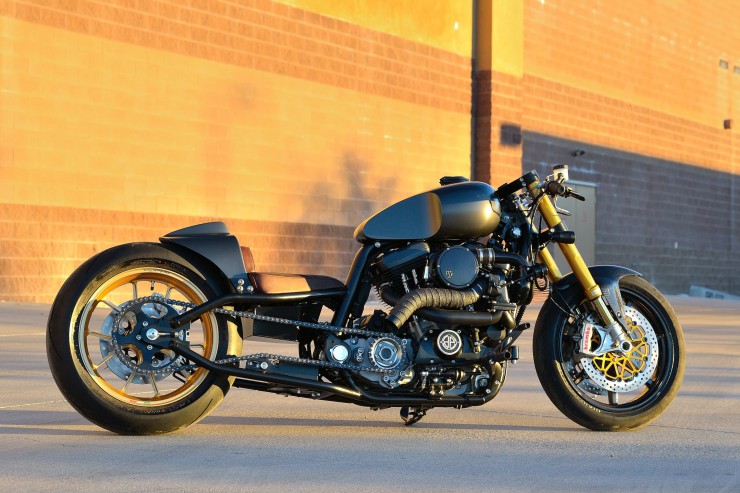 The Turbo Sportster’s front end has been fitted with Ducati 1198s grade Öhlins forks with custom spacers from Kyle Racing, the brakes are Brembo Monobloc units with a Brembo RCS master cylinder and the front wheel is a carbon fibre model from BST. That Ducati front end was fitted to the Harley frame by way of a custom triple tree from Shane over at Chainsikle – this isn’t the kind of work you’d trust to just anyone either, Chainsikle has just over 10 years of experience building bespoke parts for Sportsters just like this one.

Rear braking is also handled by Brembo and the rear wheel is a forged aluminium Marchesini unit, with no rear suspension that rear wheel takes huge loads under heavy acceleration so the race-spec forged aluminium will go a long way towards avoiding your timed run ending in a shower of sparks and 4 inches less ground clearance. The team at DP Customs chose Pirelli Diablo Super Corsa SP tires for both the front and rear – just about the stickiest road-legal tires you can buy in many parts of the world.

Sadly we haven’t yet see any video footage of this bike under hard acceleration, although it isn’t hard to imagine that the noise from those straight pipes combined with the turbo whine would sound like something akin to the voice of a drunk Norse god. 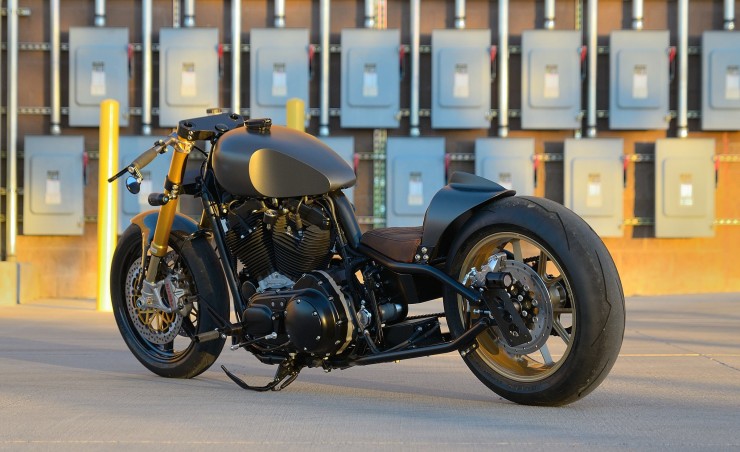 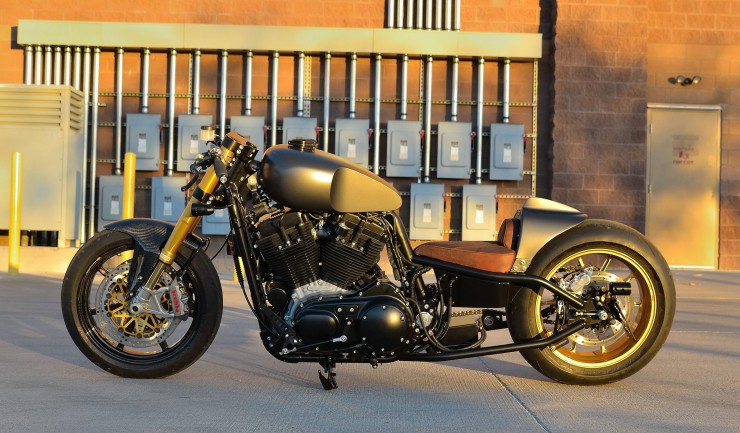 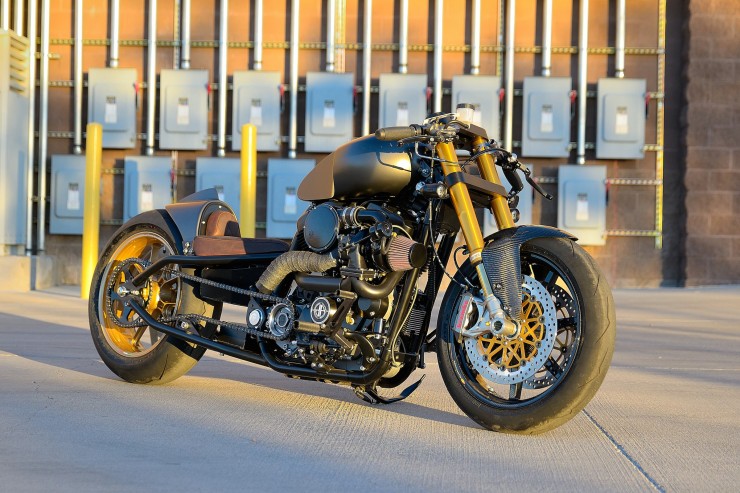 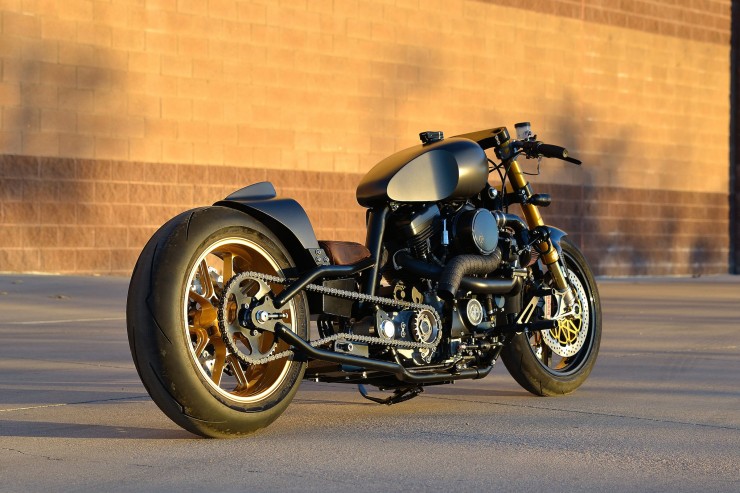 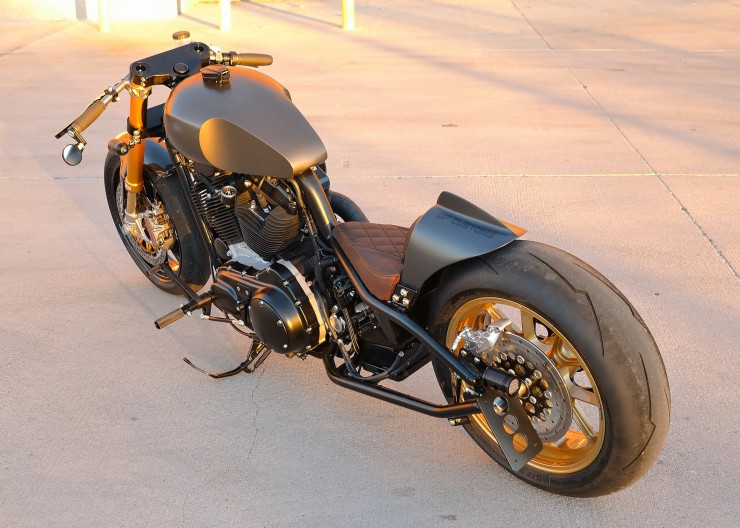 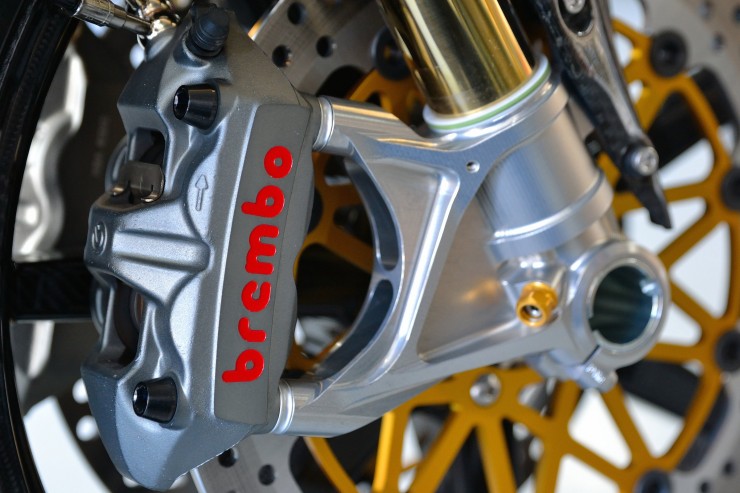 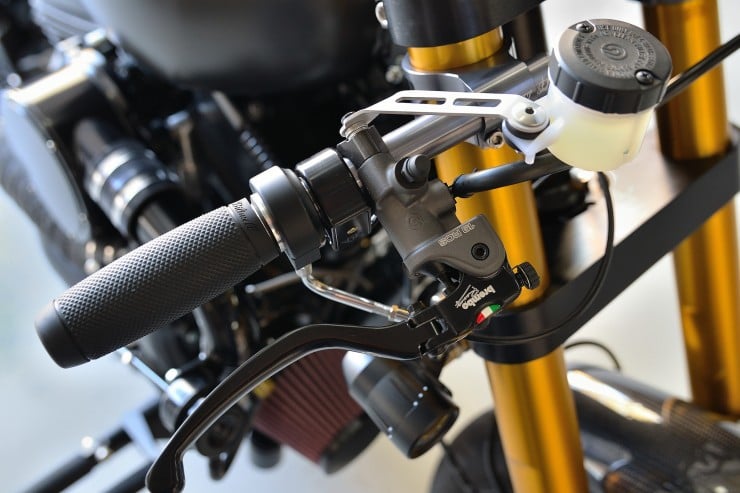 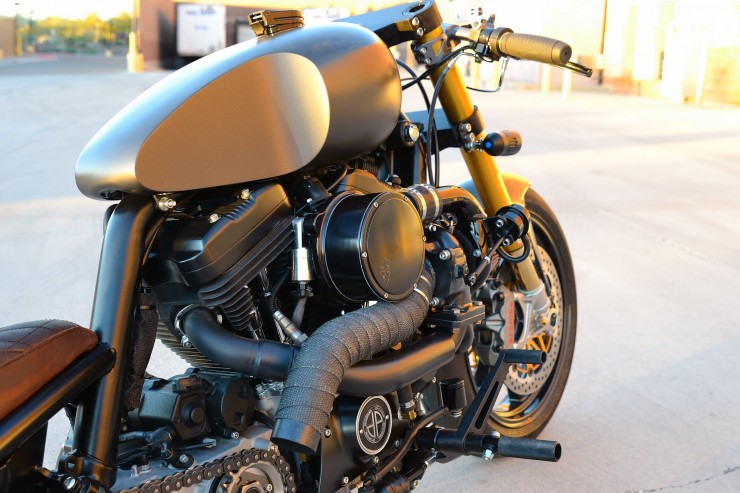 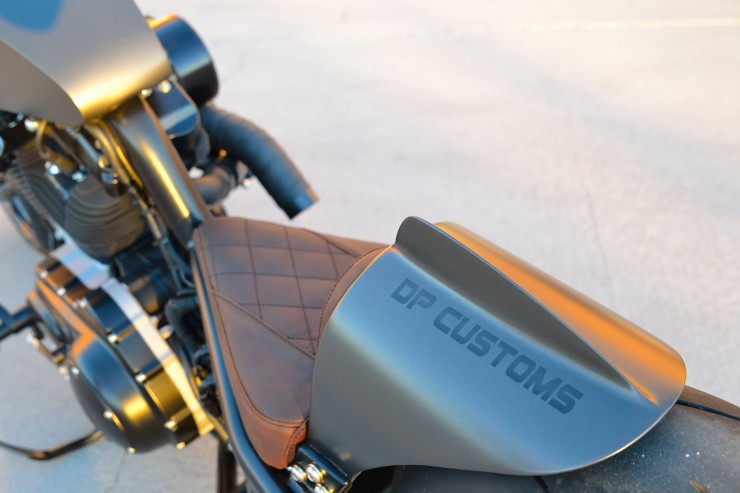 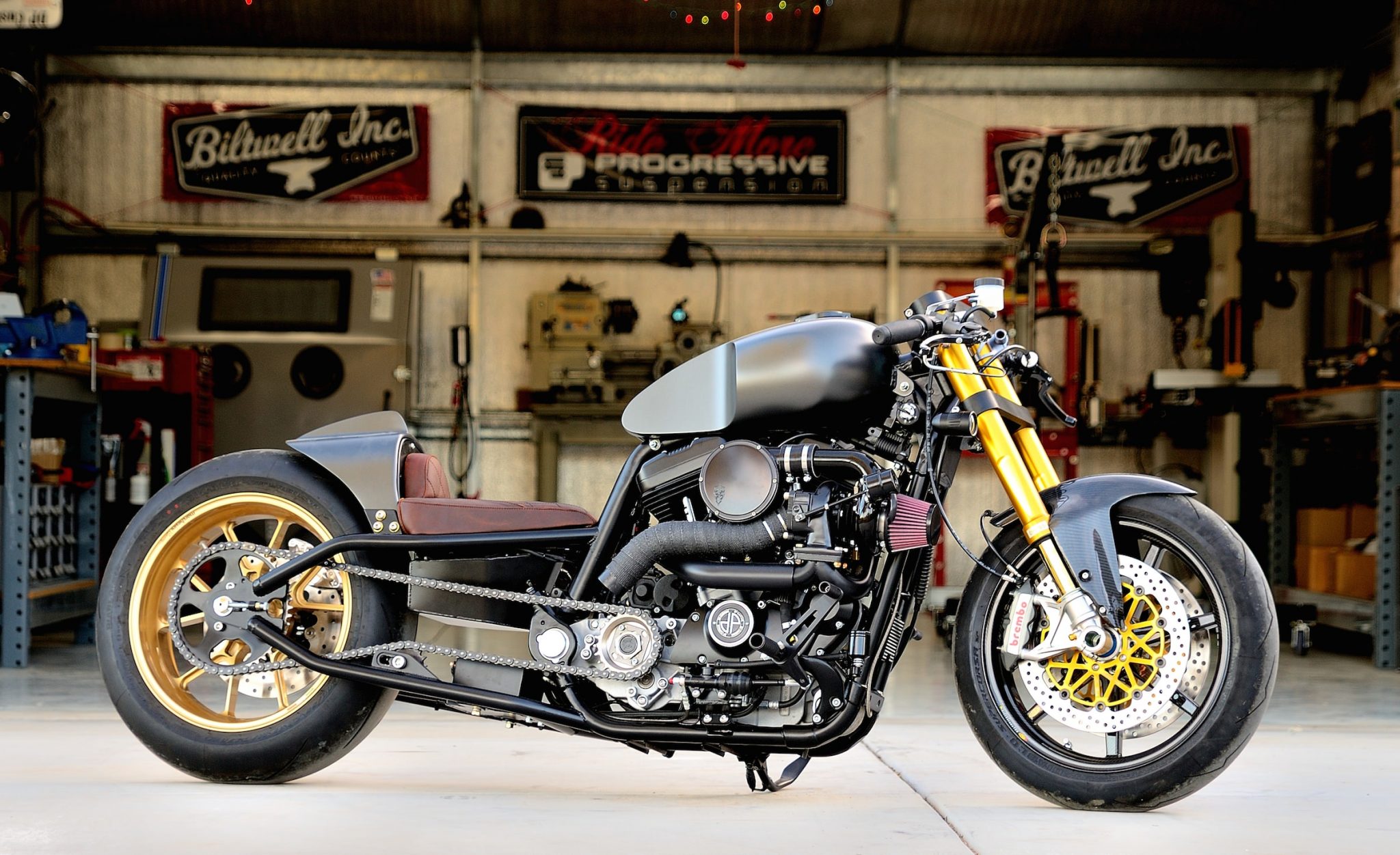