Turbo Encabulator is a short film that many of you will have seen before, but it’s one of those things you can never watch too many times. Much like the Winnebago Man clips. I’ve included the full blurb below as it adds a lot to the story, and provides insight into how the extraordinary Turbo Encabulator film came into being.

This is the first time Turbo Encabulator was recorded with picture. I shot this in the late 70’s at Regan Studios in Detroit on 16mm film. The narrator and writer is Bud Haggert. He was the top voice-over talent on technical films. He wrote the script because he rarely understood the technical copy he was asked to read and felt he shouldn’t be alone.

We had just finished a production for GMC Trucks and Bud asked since this was the perfect setting could we film his Turbo Encabulator script. He was using an audio prompter referred to as “the ear”. He was actually the pioneer of the ear. He was to deliver a live speech without a prompter. After struggling in his hotel room trying to commit to memory he went to plan B. He recorded it to a large Wollensak reel to reel recorder and placed it in the bottom of the podium.

With a wired earplug he used it for the speech and the “ear” was invented. Today every on-camera spokesperson uses a variation of Bud’s innovation. Dave Rondot (me) was the director and John Choate was the DP on this production. The first laugh at the end is mine. My hat’s off to Bud a true talent. 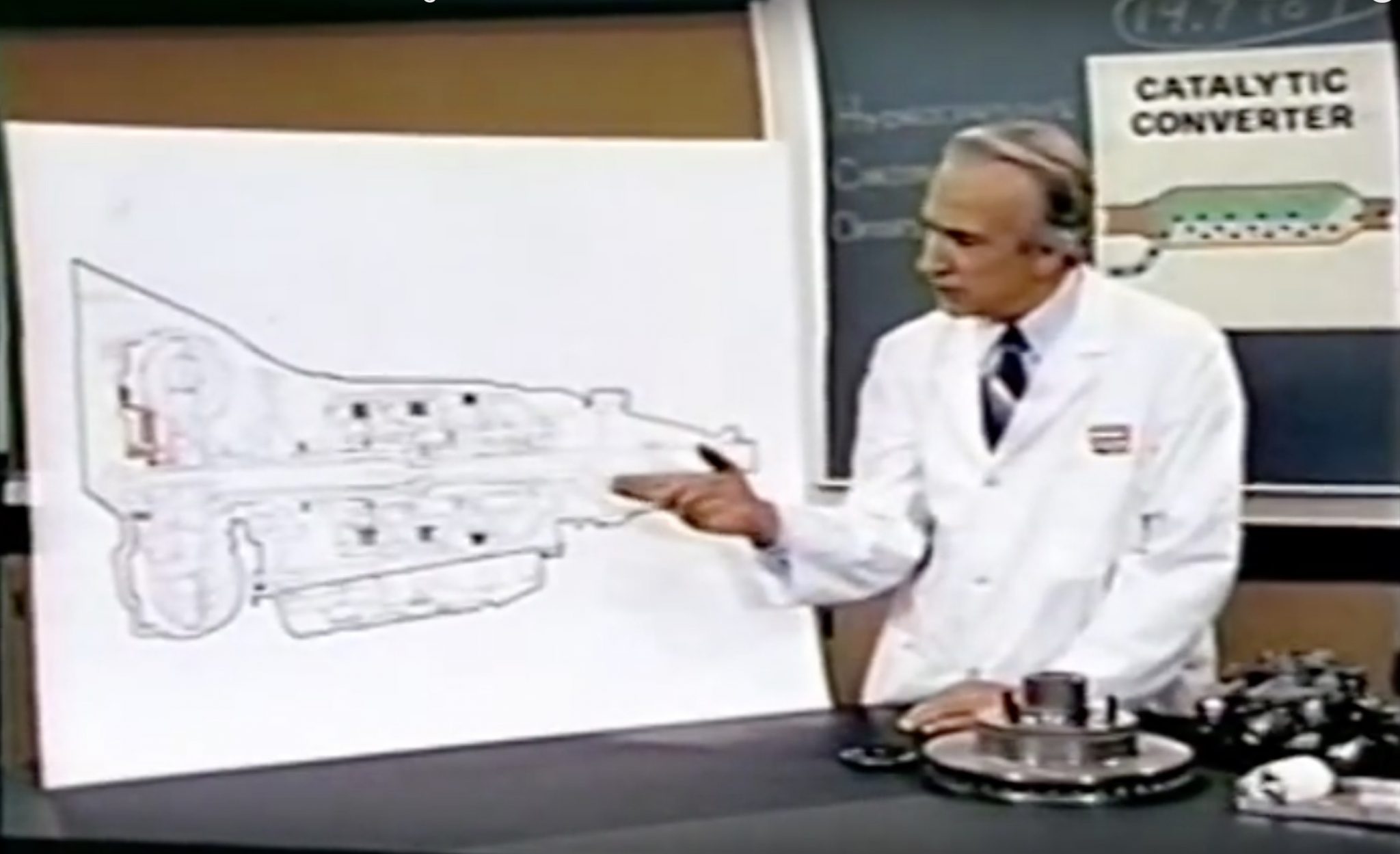 Published by Ben Branch - January 15th 2017
Related Posts
For Sale: A “Back To The Future Specification” 1985 Toyota Hilux