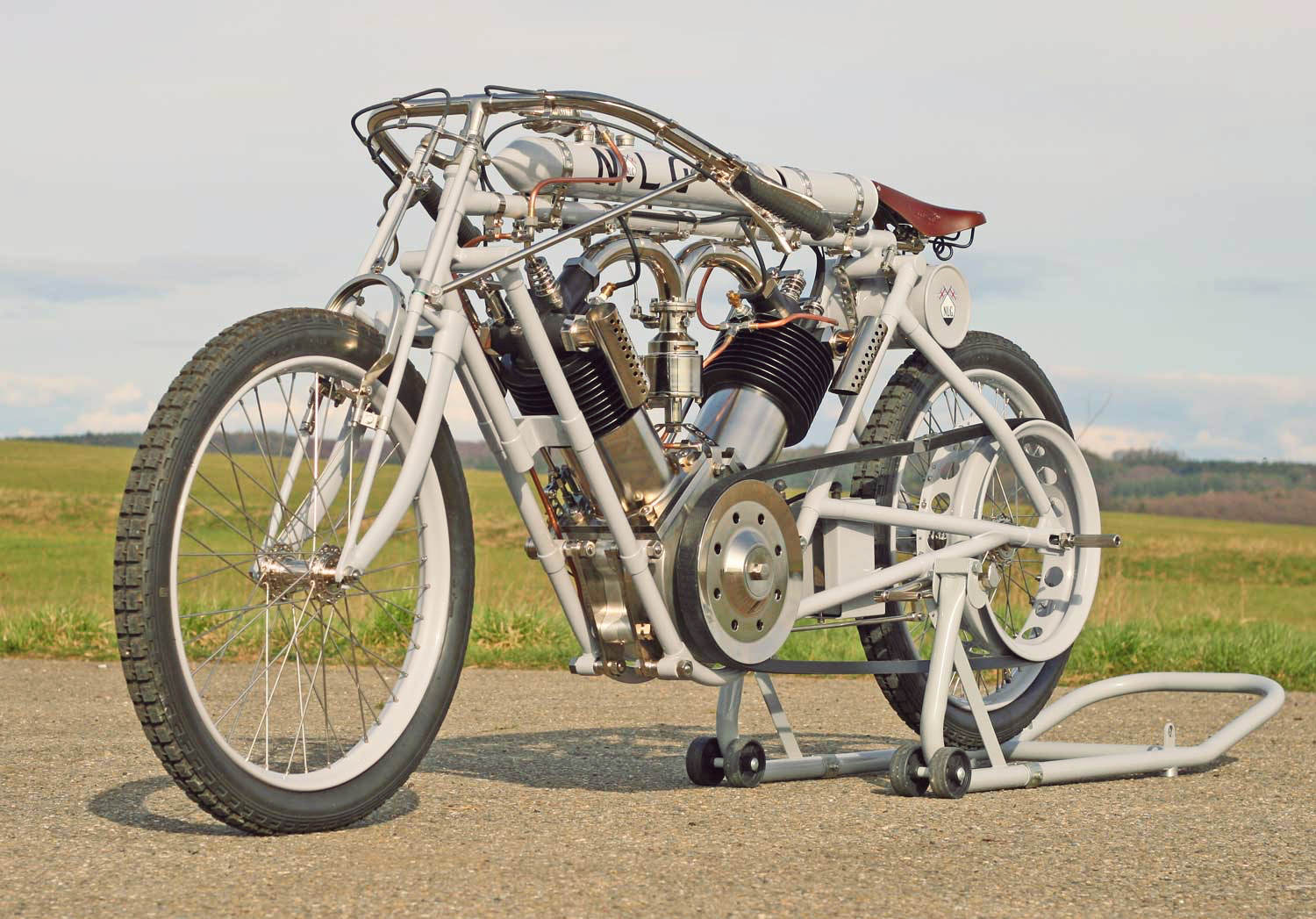 The early days of the motorcycle were characterised by rapid and often extraordinary engineering, engines were made with eye-wateringly large swept volumes and then often mounted in chassis that were little more than re-purposed bicycle frames.

The motorcycle you see here is an exact re-creation of the 1909 North London Garage record breaker, the original no longer exists so an enterprising Czech engineer named Pavel Malanik set about collecting images of it before embarking on a mission to build a new one from scratch.

There aren’t many people in the world who possess the skills and tooling necessary to machine a motorcycle engine from a block of raw metal.

And there are even fewer that can do it after looking at some 100+ year old images and making a few sketches. Pavel is one such person.

His first order of business was machining the crankcase from a block of aluminium, he decided to begin with the engine as it’s by far the most difficult part – especially when it has a capacity of 2714cc and needs to be capable of running at speeds in excess of 90mph.

Once the crank case was complete, Pavel set about creating the cylinders, pistons, connecting rods, crank shaft, push rods and all the other thousands of small parts needed to create a functioning copy of the monstrous JA Prestwich Industries (JAP) V-twin.

The process of building and testing the bike has taken just over 2 years, it’s now completed and undergoing shakedown testing before its first official appearance at the Vintage Revival Montlhéry 2015 on May the 9th in France.

The last order of business is to create an external electric starter for the bike as it’s physically impossible to kickstart anything with a capacity measured in the litres. The North London Garage original was started by rolling it down a long hill at Brooklands, but Pavel needed a slightly less challenging method of starting the engine to complete the testing regimen.

The full story behind the process of building this extraordinary motorcycle has been covered in great detail by The Old Motor, there are 10 individual articles including many images and a detailed breakdown of the progress being made over time. I recommend heading over and taking a look, it’s a deeply impressive project and I’d like Pavel to receive as much encouragement as possible – so he keeps building bikes like this in his spare time. 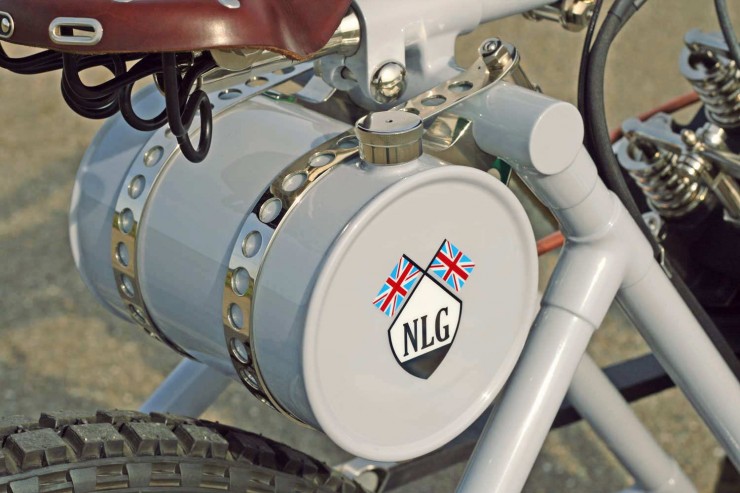 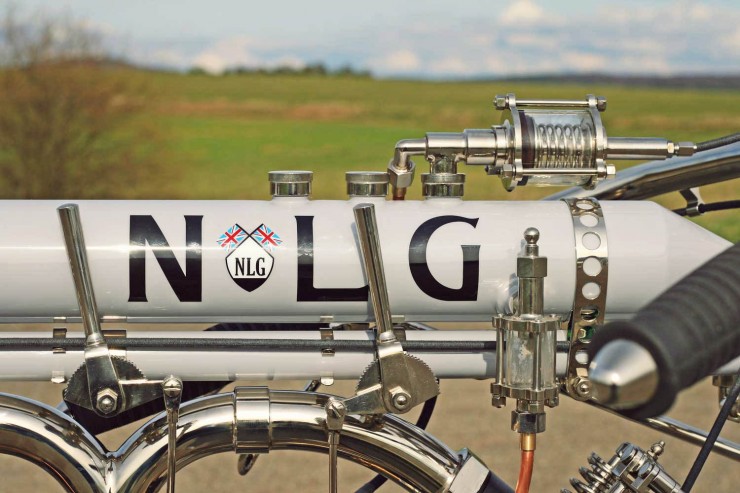 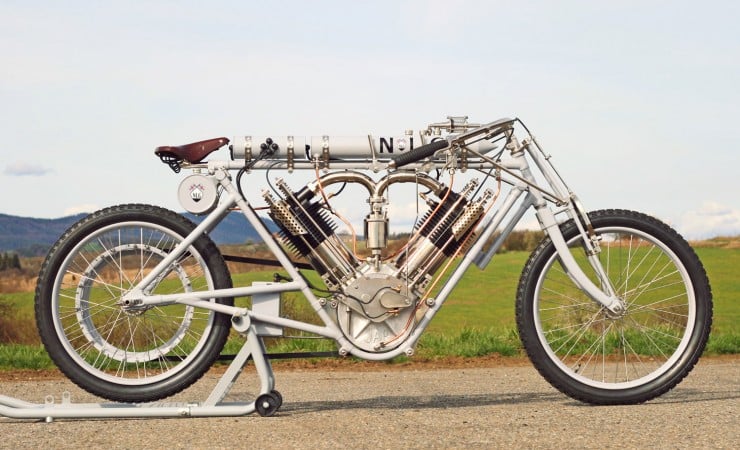 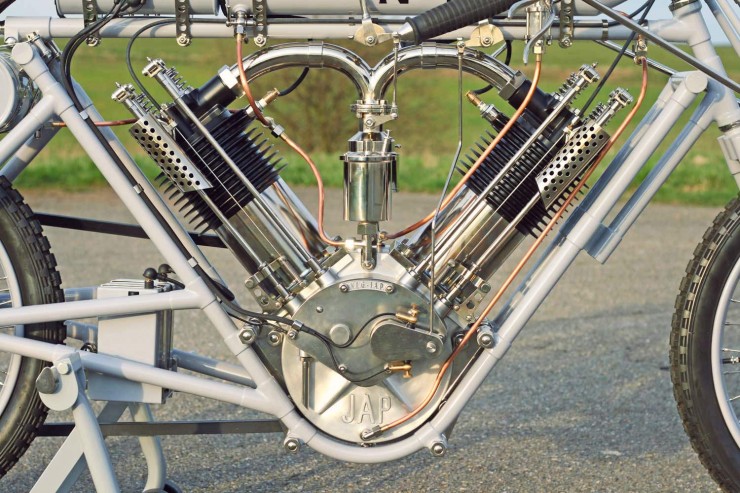 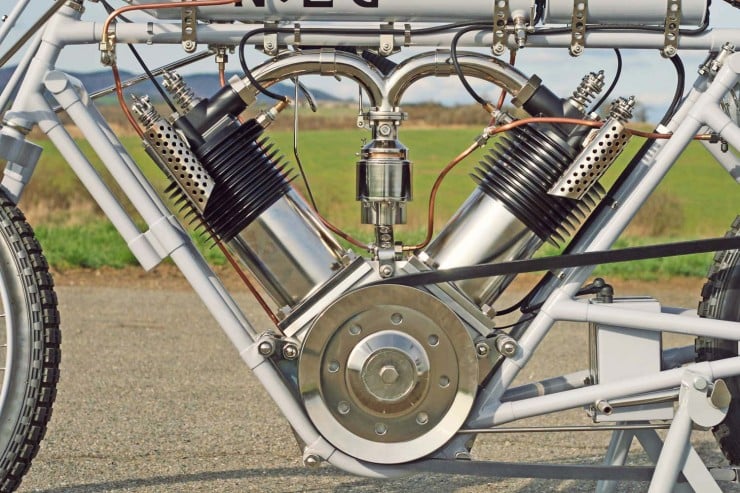 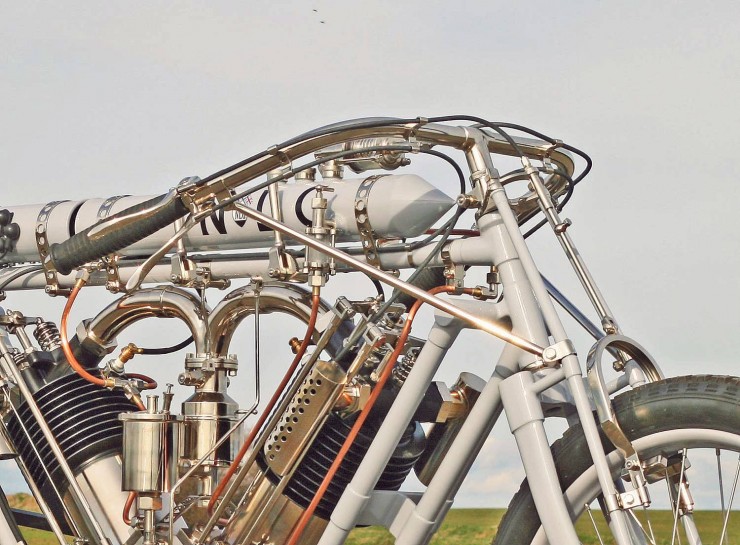 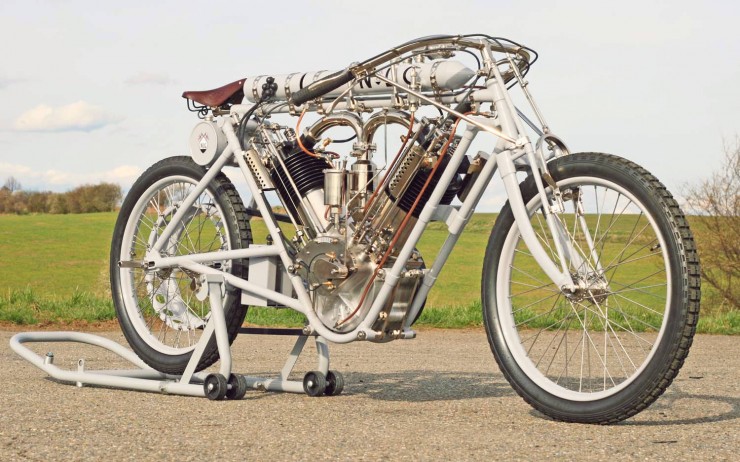 Facebook Twitter WhatsApp Email   This is the new three piece apparel collection by the team at We Went Fast, it celebrates the mighty…

Facebook Twitter WhatsApp Email The BSA B50 MX was the final competition motorcycle ever built by BSA, a proud British motorcycle manufacturer who had…

Facebook Twitter WhatsApp Email The Kawasaki Ninja ZX900, also known as the Kawasaki GPZ900R, will probably always be best known for being the motorcycle…

Facebook Twitter WhatsApp Email It’s thought that just 3,000 or so examples of the Husqvarna Model 258 military motorcycle were ever built, they were…