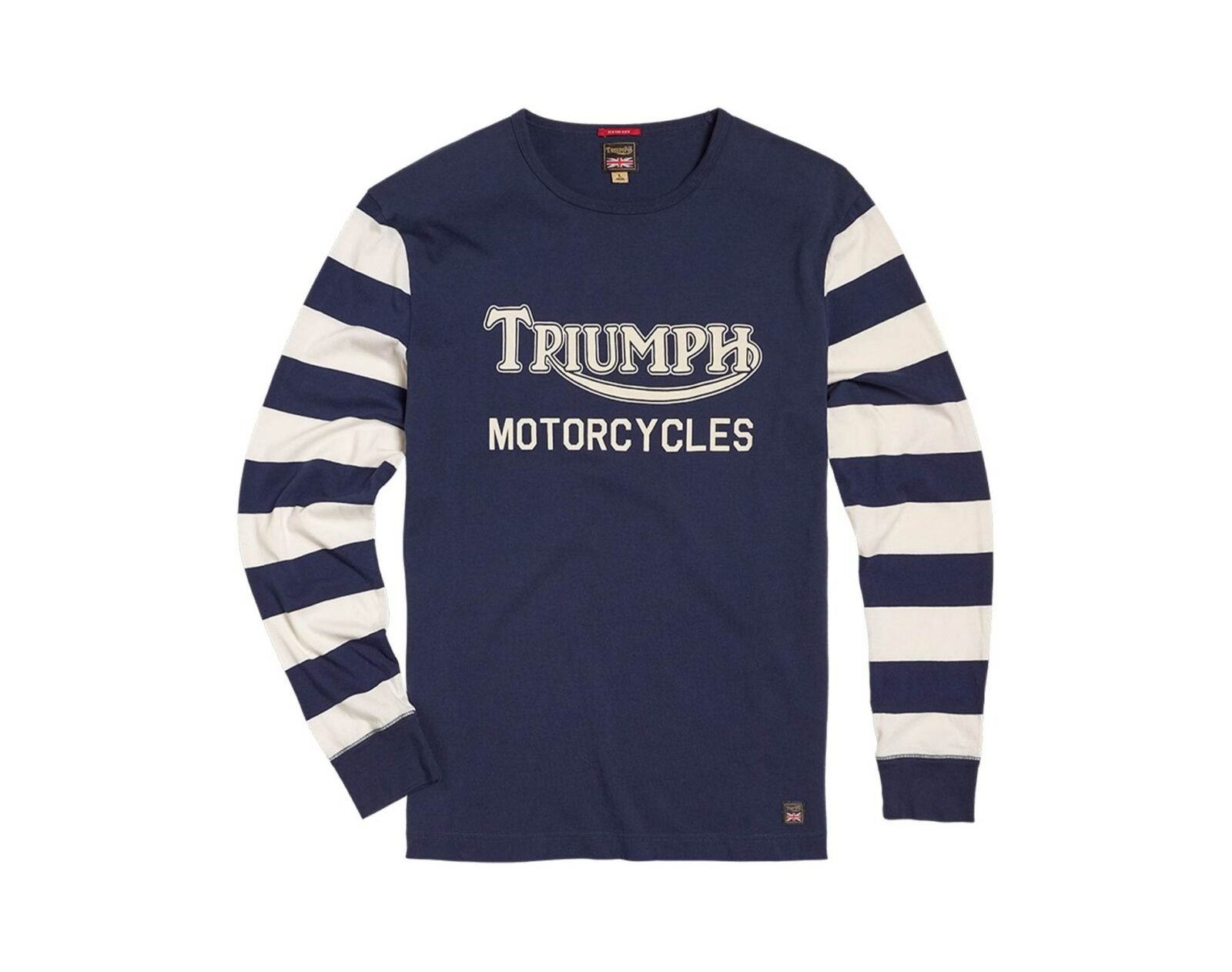 This is the new Triumph Ignition Coil tee, it’s made from heavyweight 230g cotton making it ideal as either a top layer or as a base layer under your jacket.

Triumph Motorcycles originally started all the way back in 1902 with the release of the company’s first motorcycle, prior to this they had been manufacturing bicycles.

We think of Triumph today as a quintessentially British motorcycle marque but the company was actually founded in England by a German immigrant named Siegfried Bettmann.

Over the course of its now 119+ year history, Triumph rose to become one of the biggest and most influential motorcycle manufacturers in the world. Triumphs were famously ridden by the likes of Marlon Brando in “The Wild One” and by Steve McQueen in “The Great Escape” – although McQueen’s bike had been painted to hide the fact it wasn’t German.

This long sleeve cotton tee from Triumph celebrates the racing jerseys worn by the company’s riders over the years. Distinctive designs including stripes and bold contrast changes were popular as they allowed spectators to clearly identify different riders from a distance as the riders flew past at speed.

Triumph are offering the Ignition Coil tees in either indigo/bone or bone/black, sizing ranges from S to XL and there’s a sizing guide on the site to ensure you get the right fit first time.

The shirts have a Union Jack flag label tab, they comfortable thanks to their 230 gsm 100% cotton construction, and they use a soft pigment print. 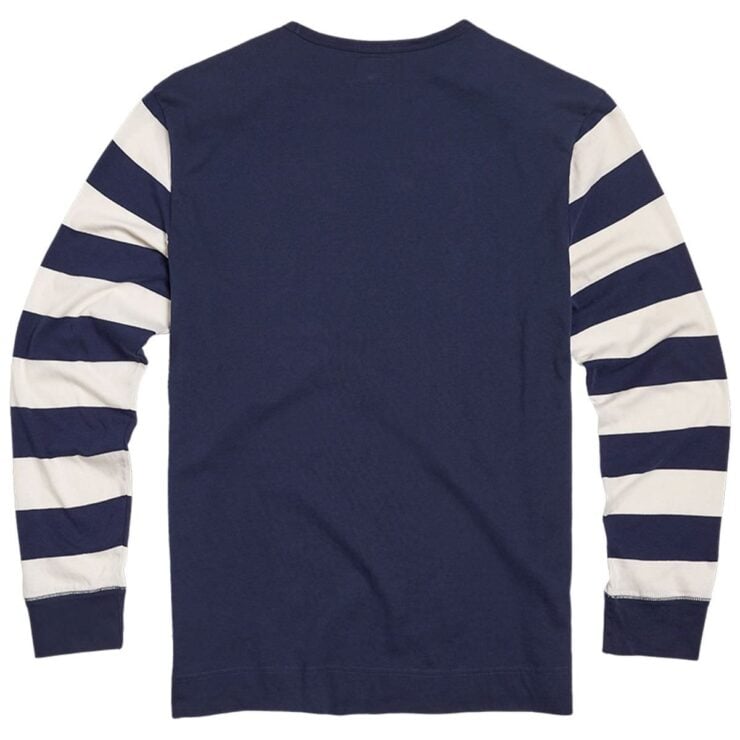