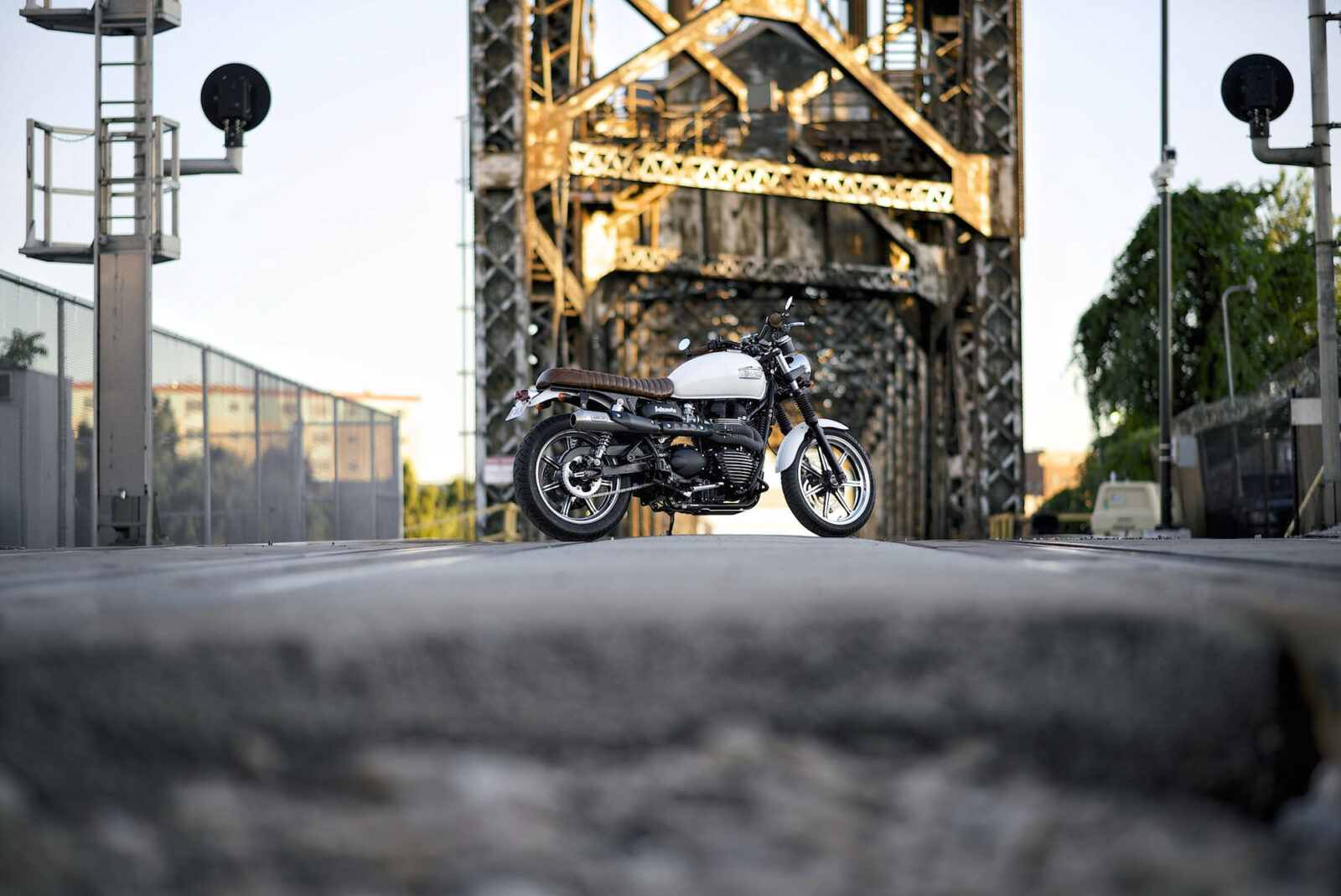 Usually when we feature a custom motorcycle the builder of the bike goes to great lengths to stress how many parts of the bike were hand-fabricated – So it was interesting to get an email from Nathaniel Salzman of Salzmoto explaining to me he just built a bike using 100% off the shelf parts – to show what the amateur at-home builder can achieve if they have a basic tool kit and a well-stocked beer fridge out in the garage.

The Triumph Bonneville has become one of the most customised motorcycles in the world since it was first released by the British motorcycle marque in 1959 and then again in 1985 – the third and most recent iteration of the model was released in 2001. Much like the original 1959 model, the most popular thing to do with the Bonneville is turn it into a cafe racer – The second most popular is turning them into scramblers, like the one you see here.

The bike started life as a brand new 2013 Triumph Bonneville 900 – when the build began there were just 150 miles on the odometer. Nathaniel wanted to turn the bike into Scrambler that could give Triumph’s own official Scrambler a run for its money so the scrambler performance exhaust from Arrow was bought and bolted into place along with the scrambler side covers, engine crash guards, right foot peg brackets, and the scrambler rear brake master cylinder assembly, reservoir and pedal.

Once these parts had all been fitted a pair of Tracker handlebars and Thruster grips were ordered from Biltwell along with finned engine stator cover from Speed Merchant, mirrors and fork ears from Dime City Cycles, a universal heated grip kit from Aerostich, a mesh headlight stone guard from eBay, braided stainless steel fuel lines front and rear and machined, motocross-style adjustable handlebar risers from eBay.

The completed bike is an understated custom that only people who really pay attention will notice, it has the added benefit of being an entirely buildable bike for people with limited hands on experience with wrenching.

If you’d like to see more from Nathaniel you can visit Salzmoto here. 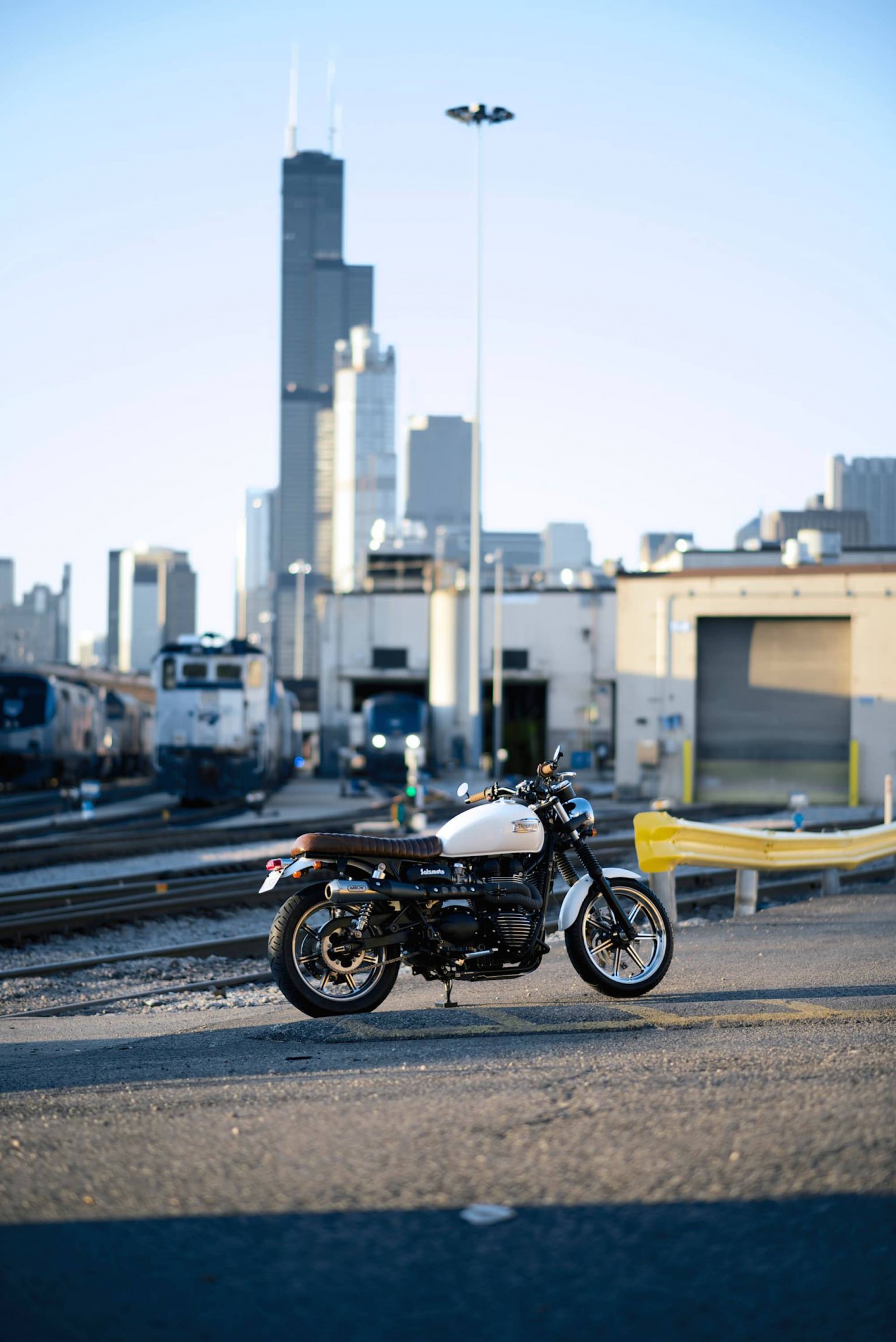 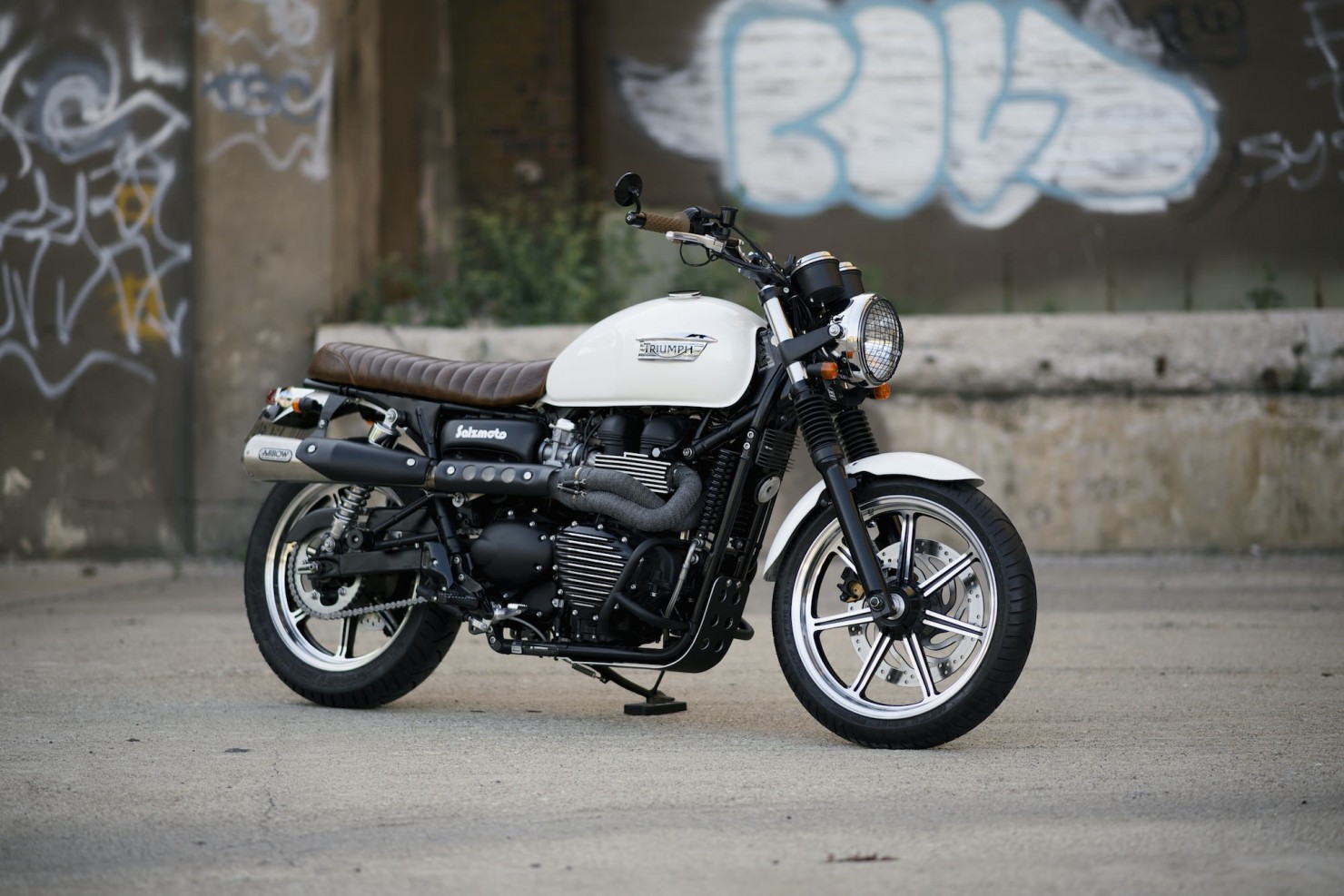 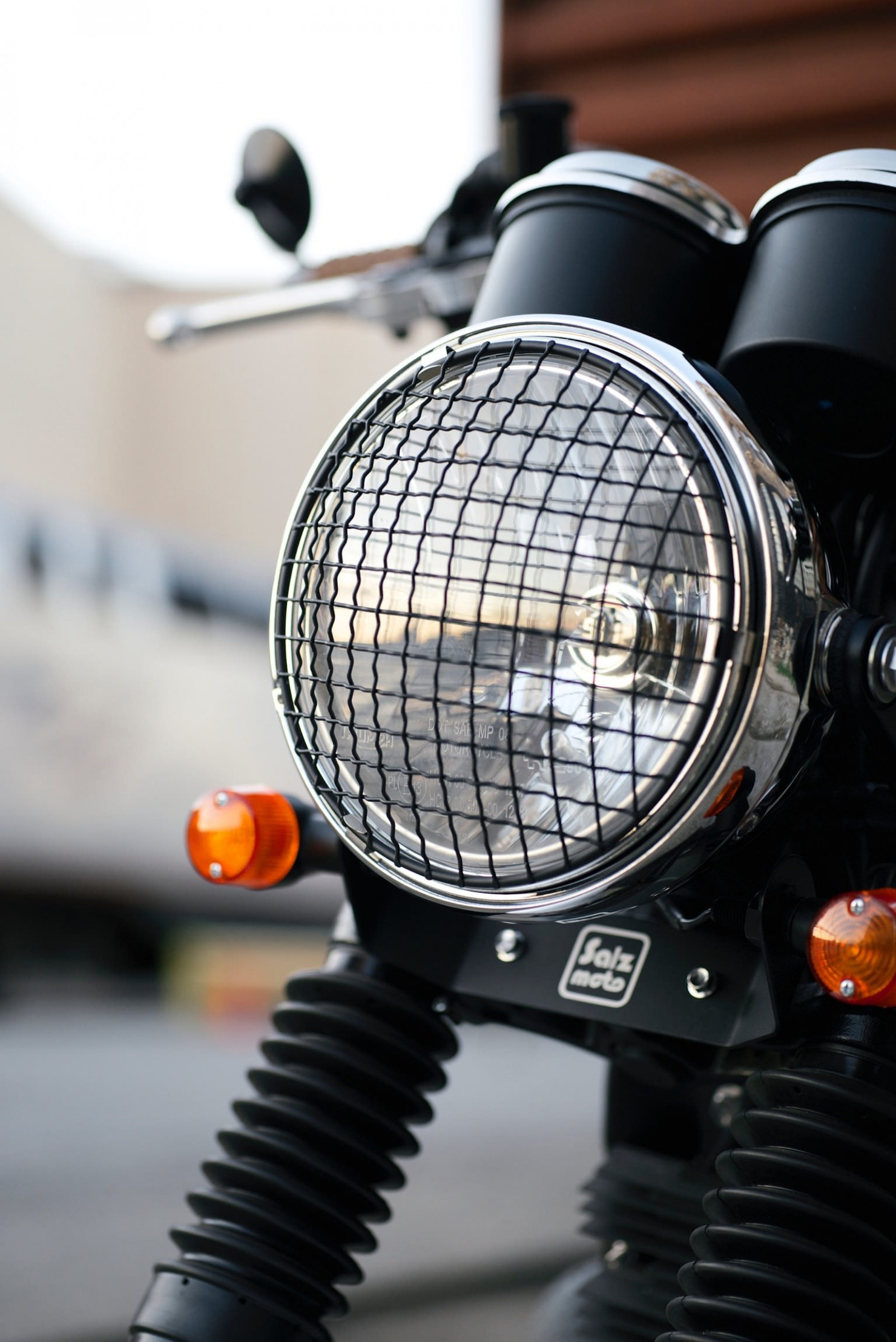 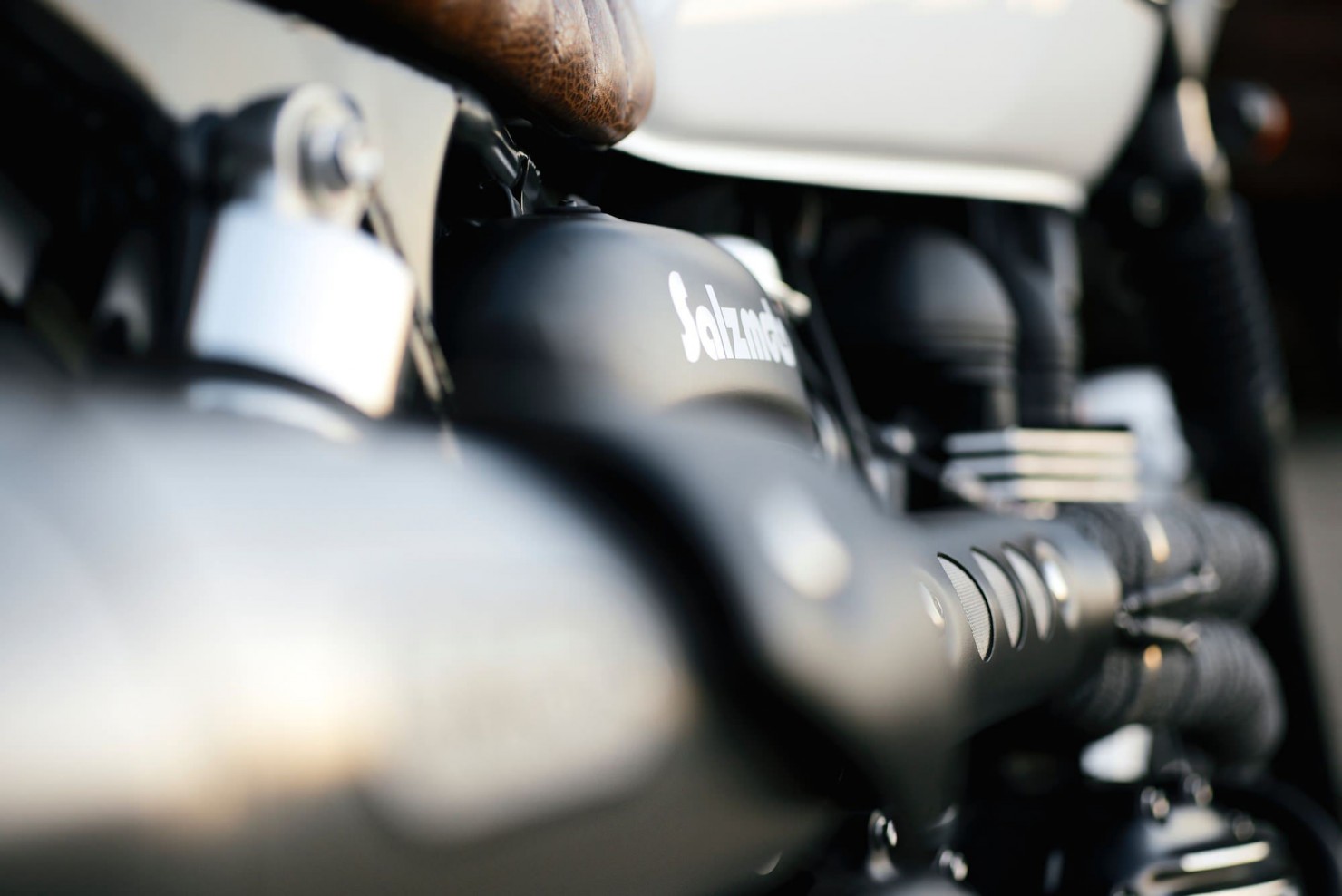 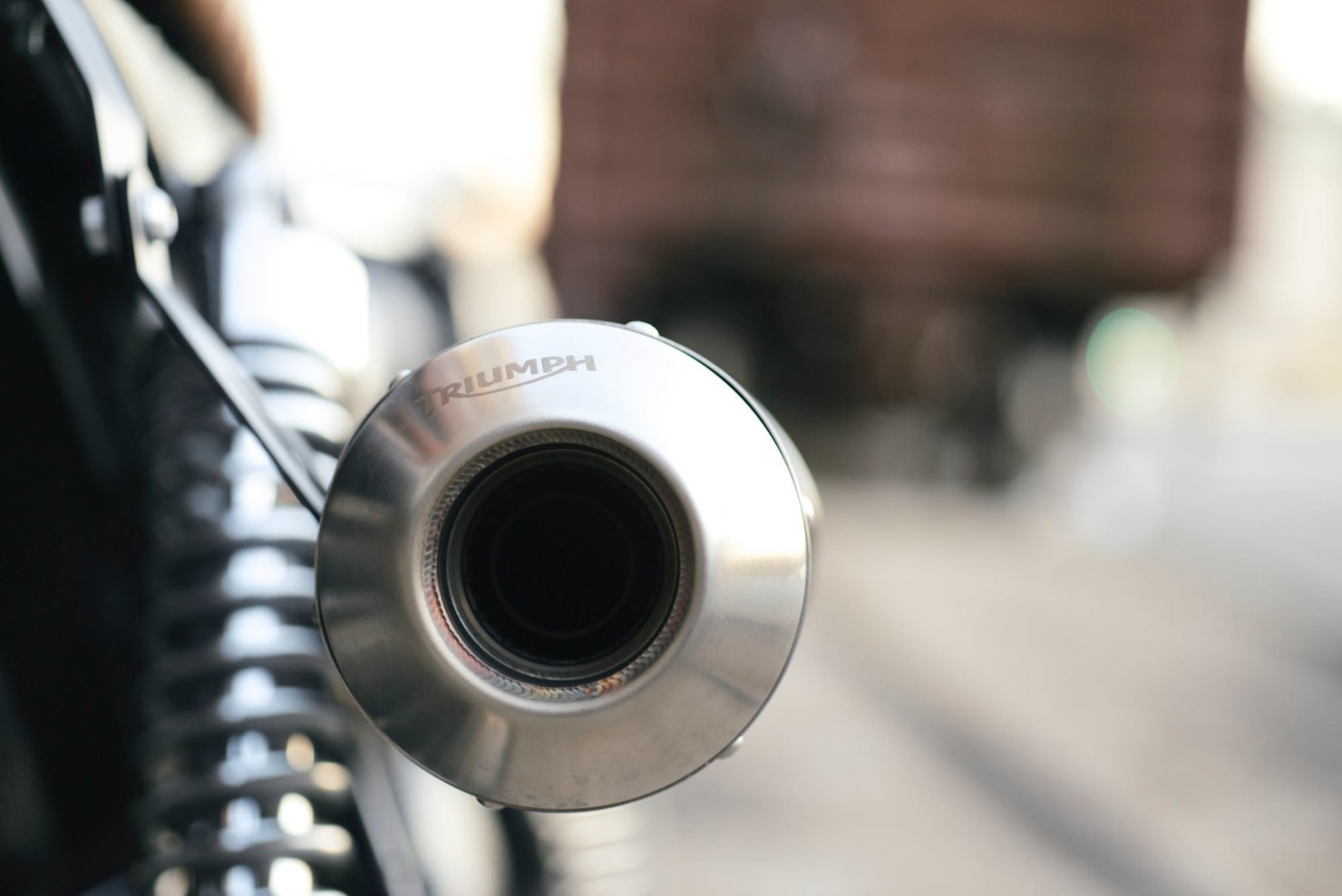 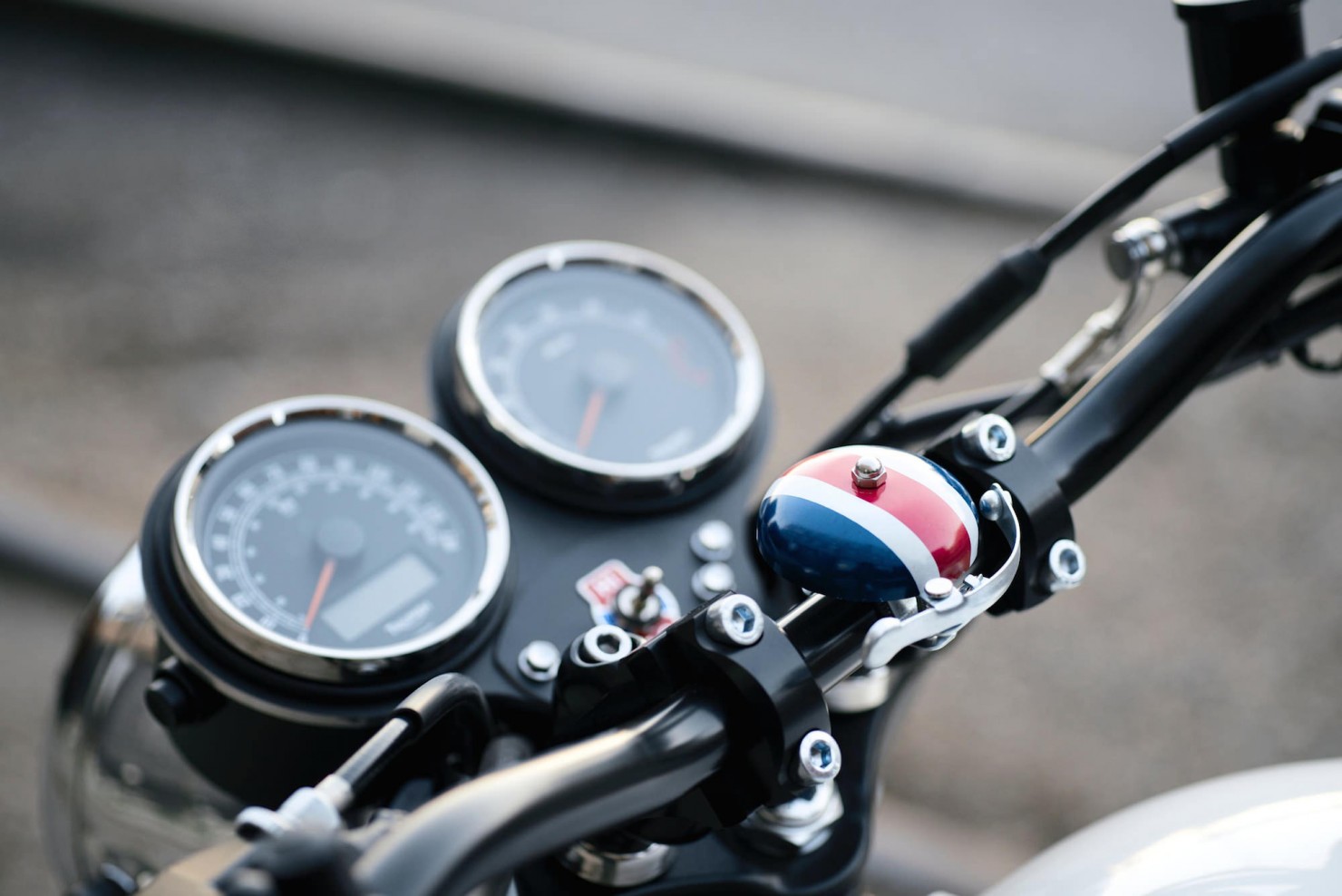 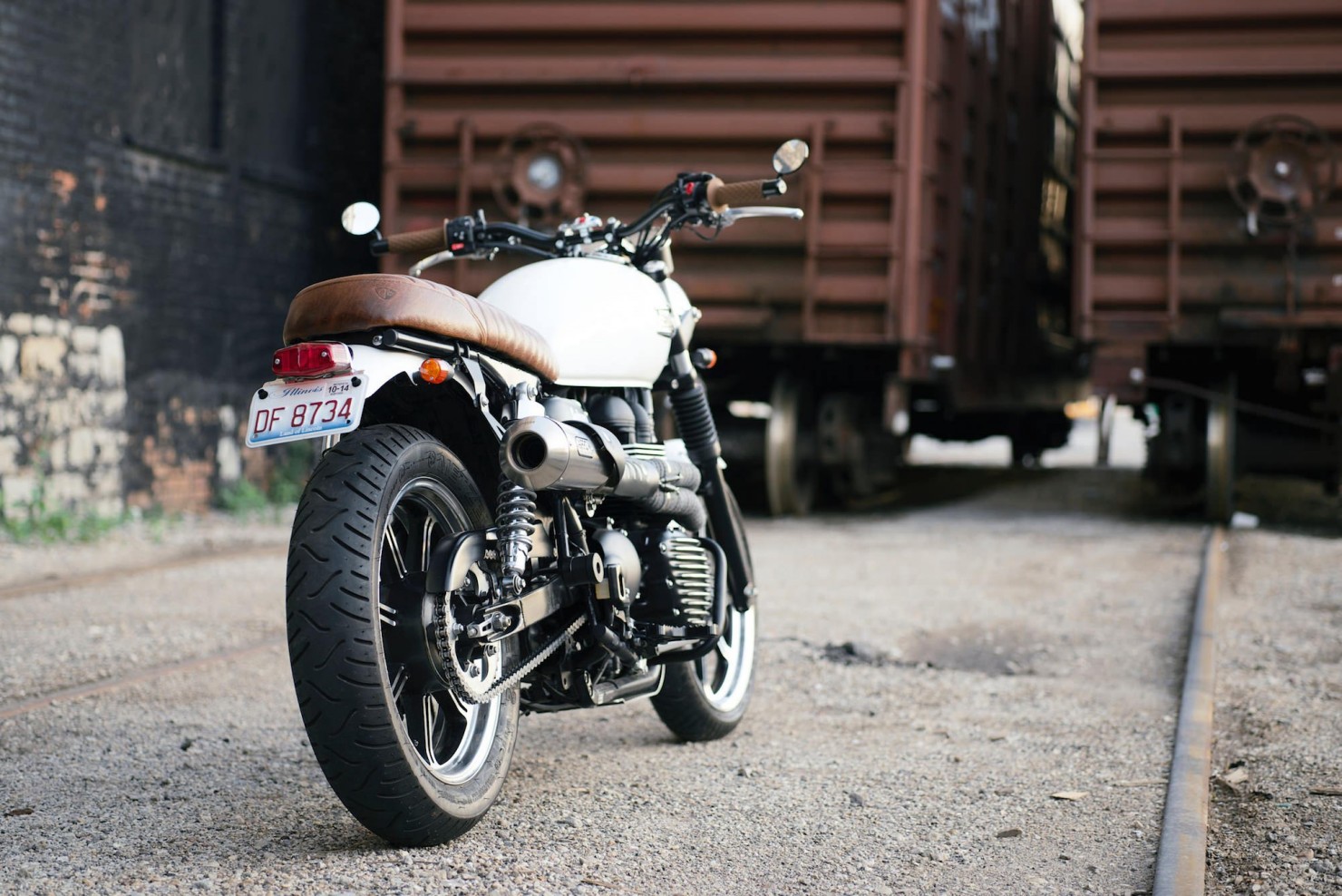 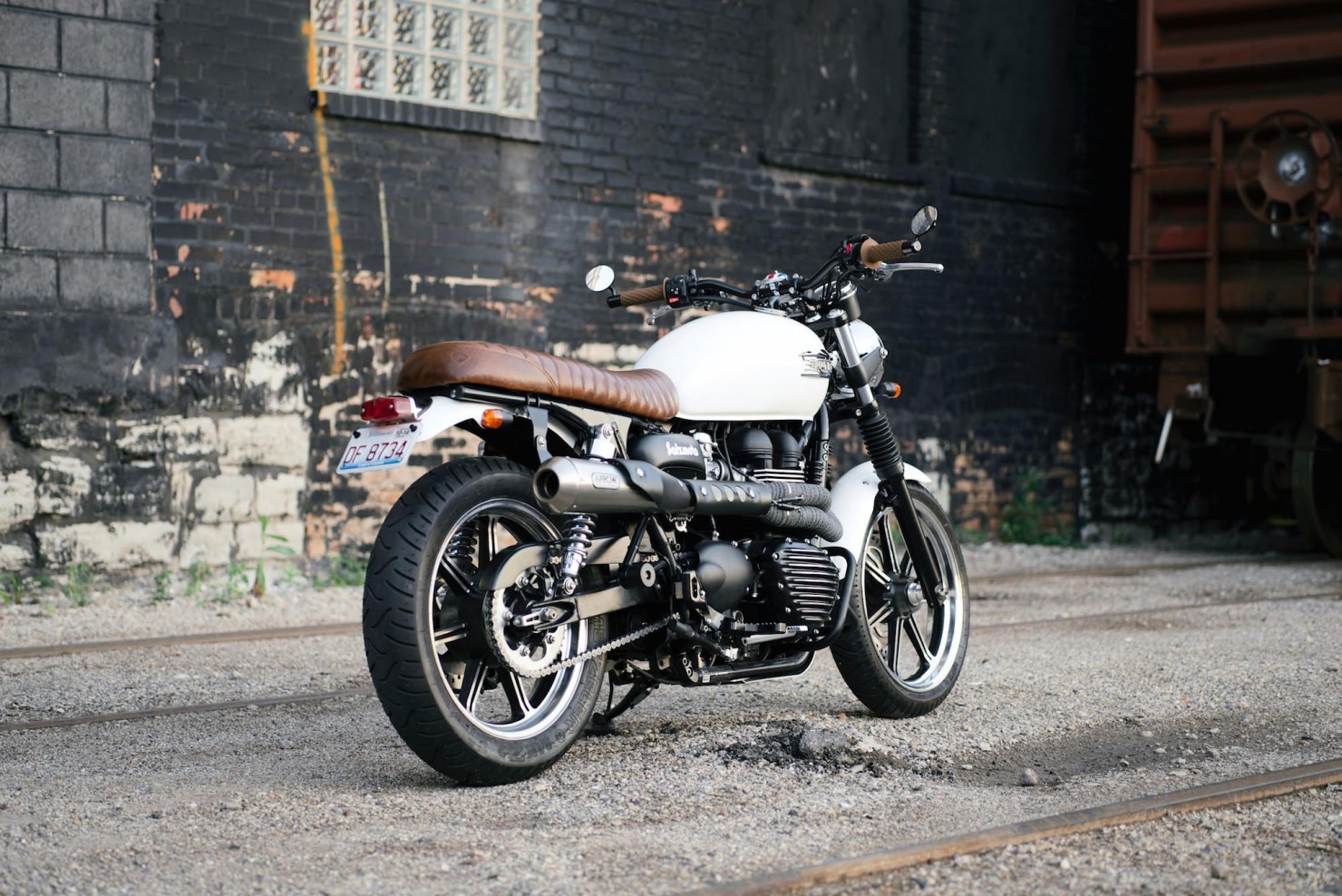 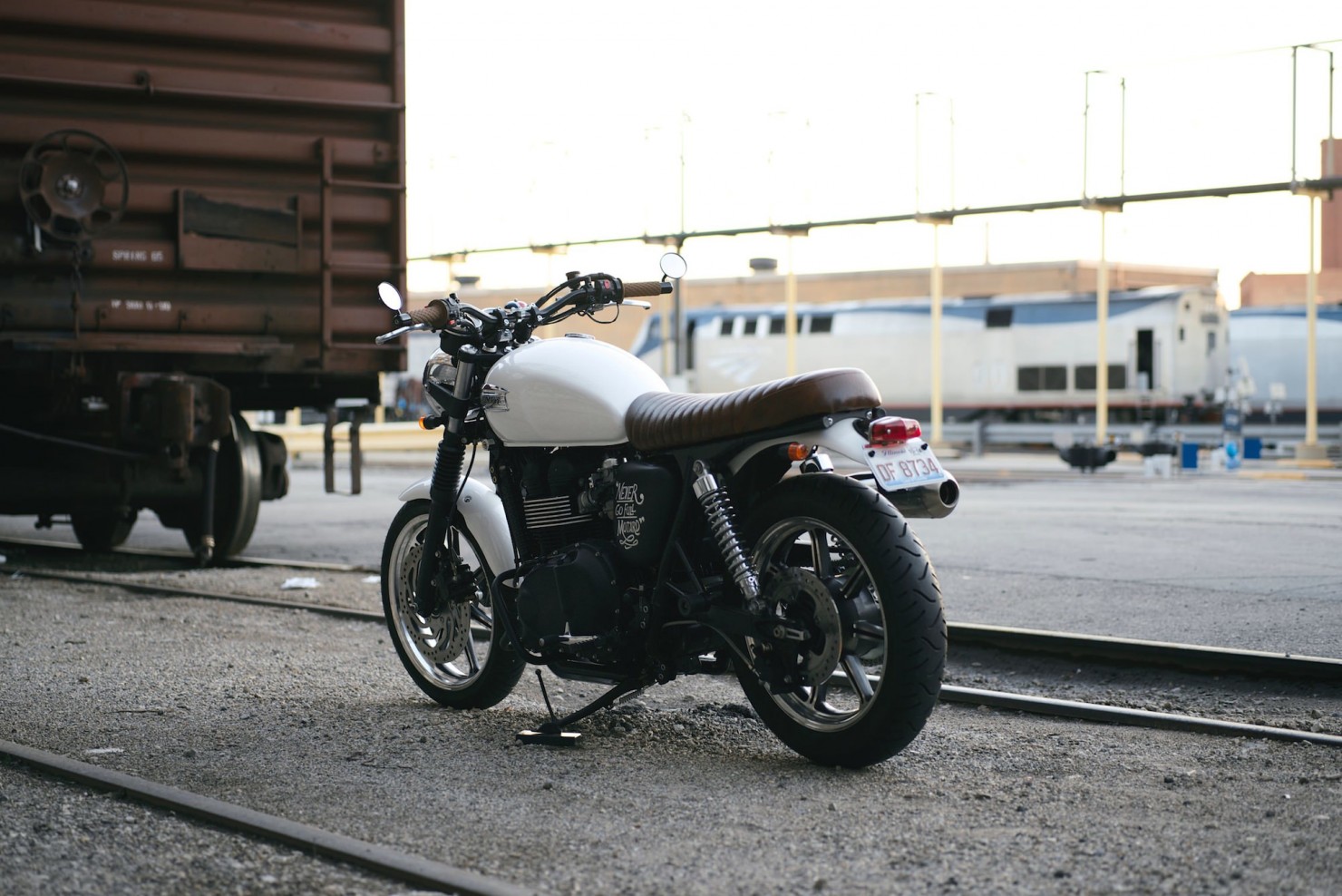 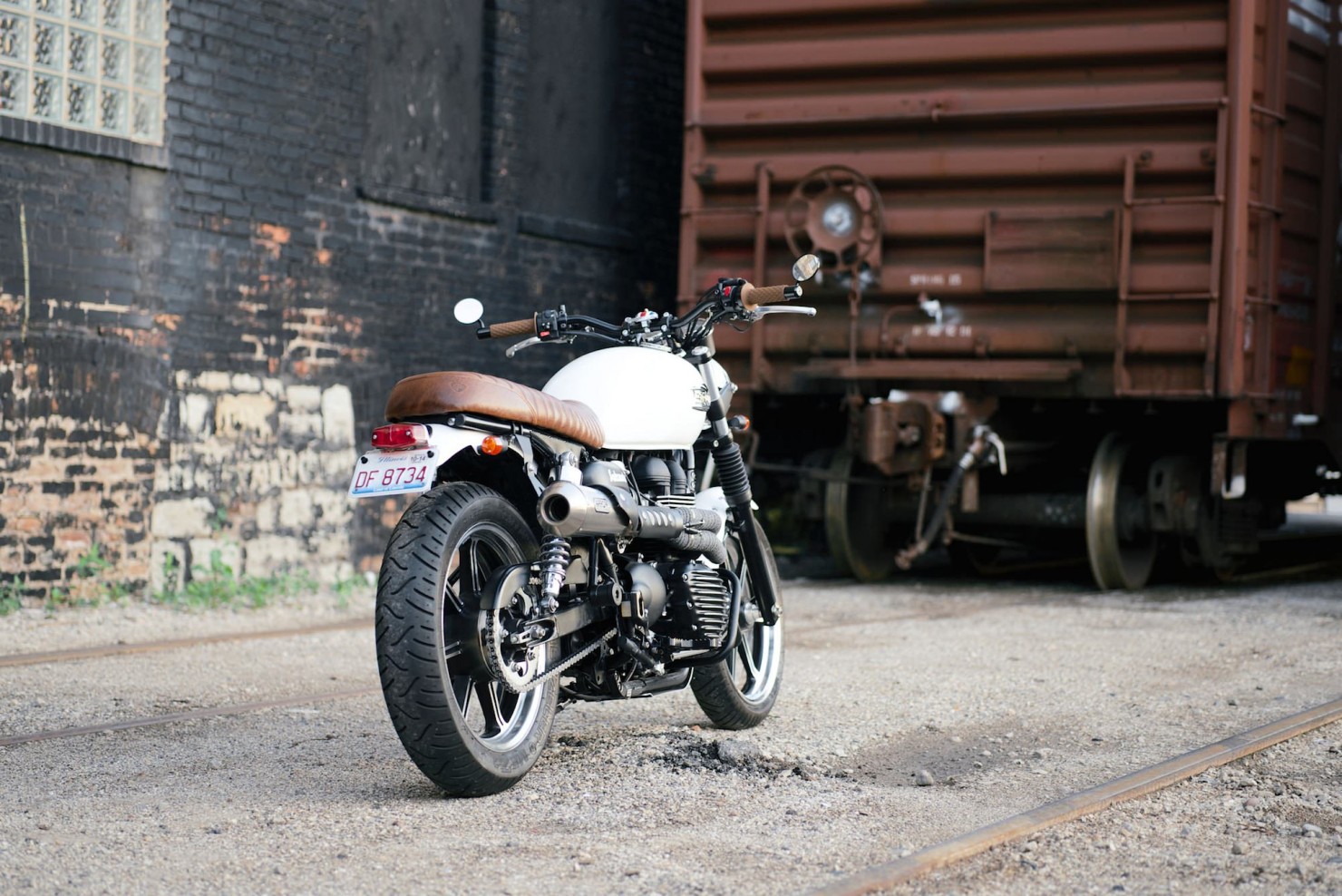 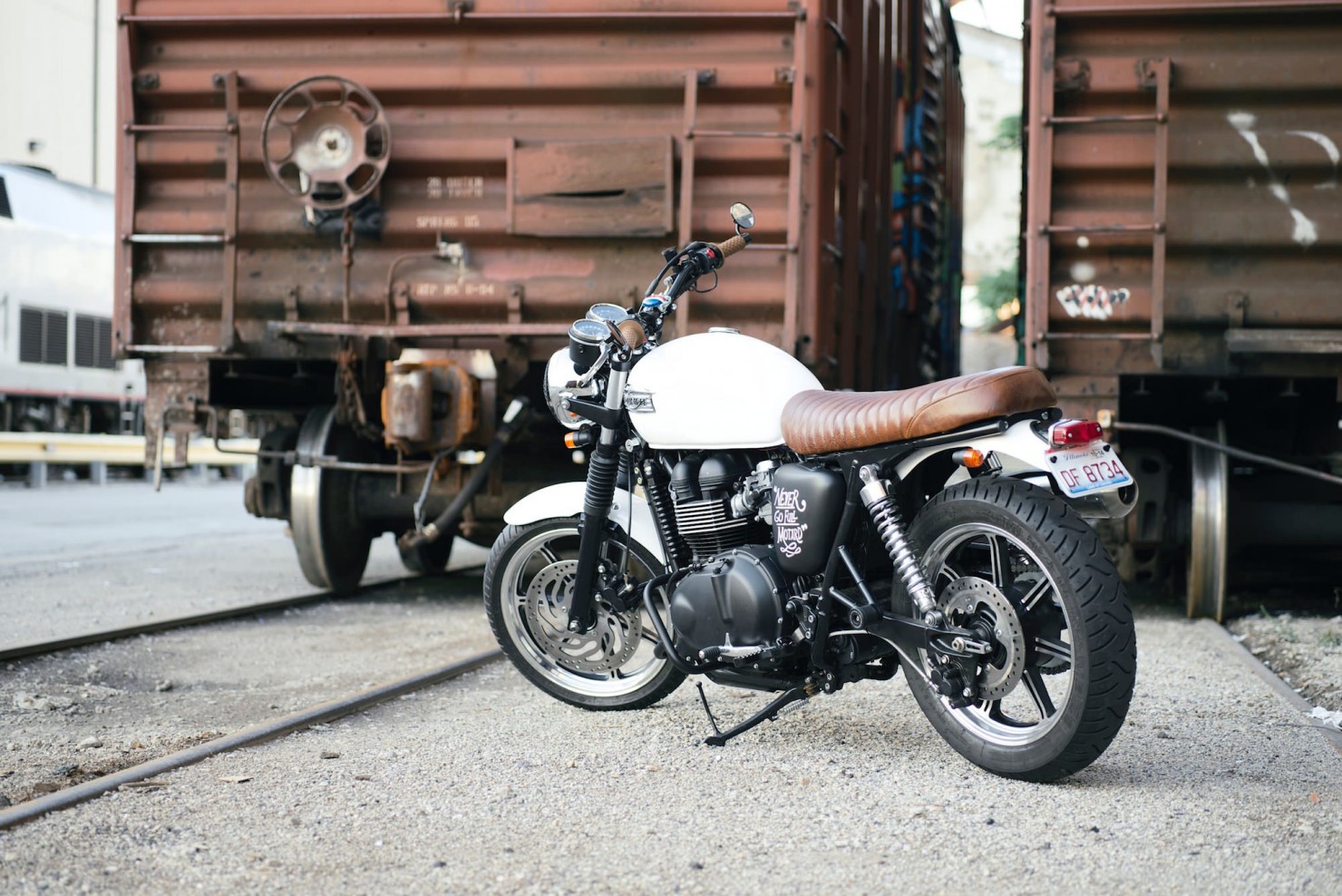 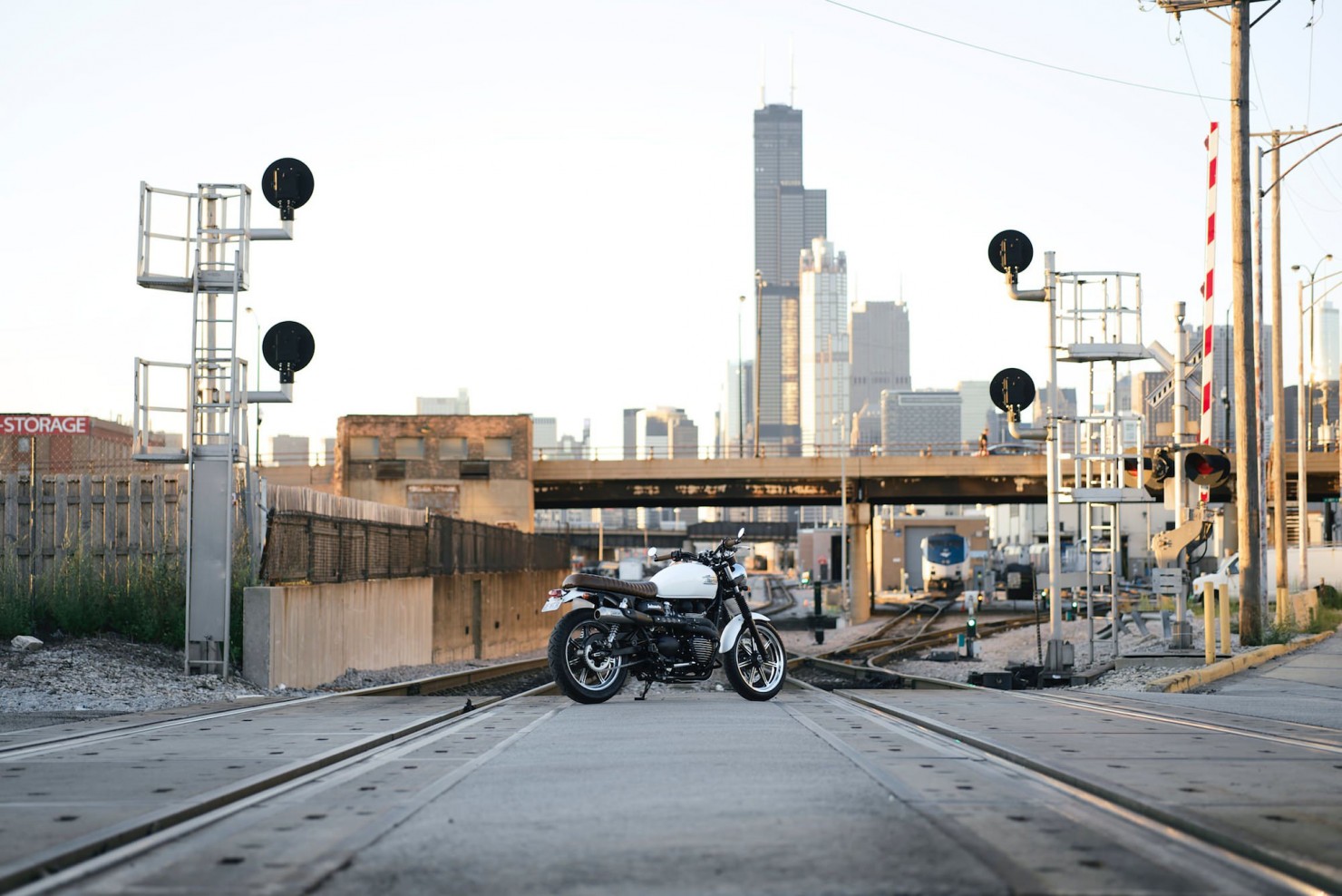 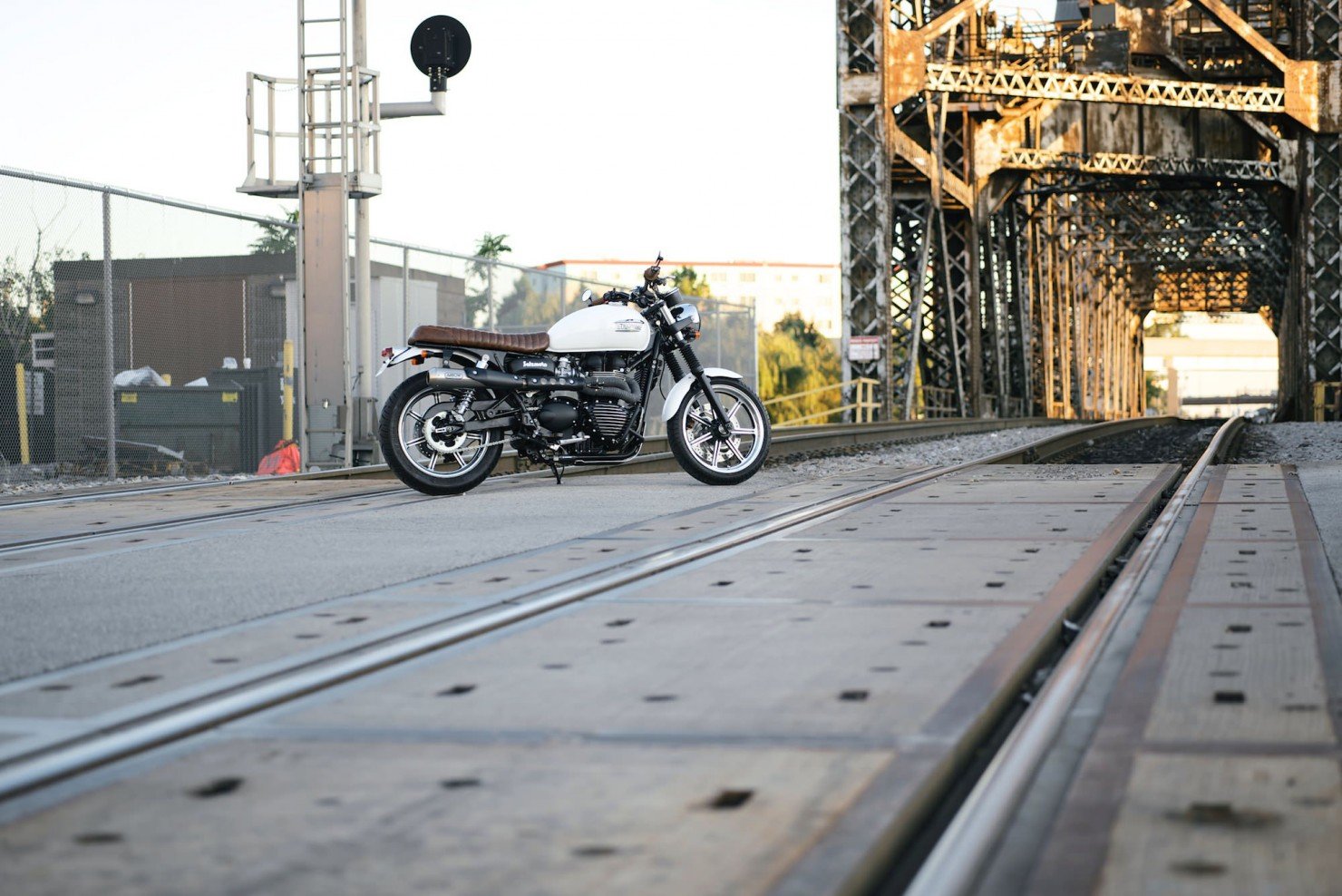 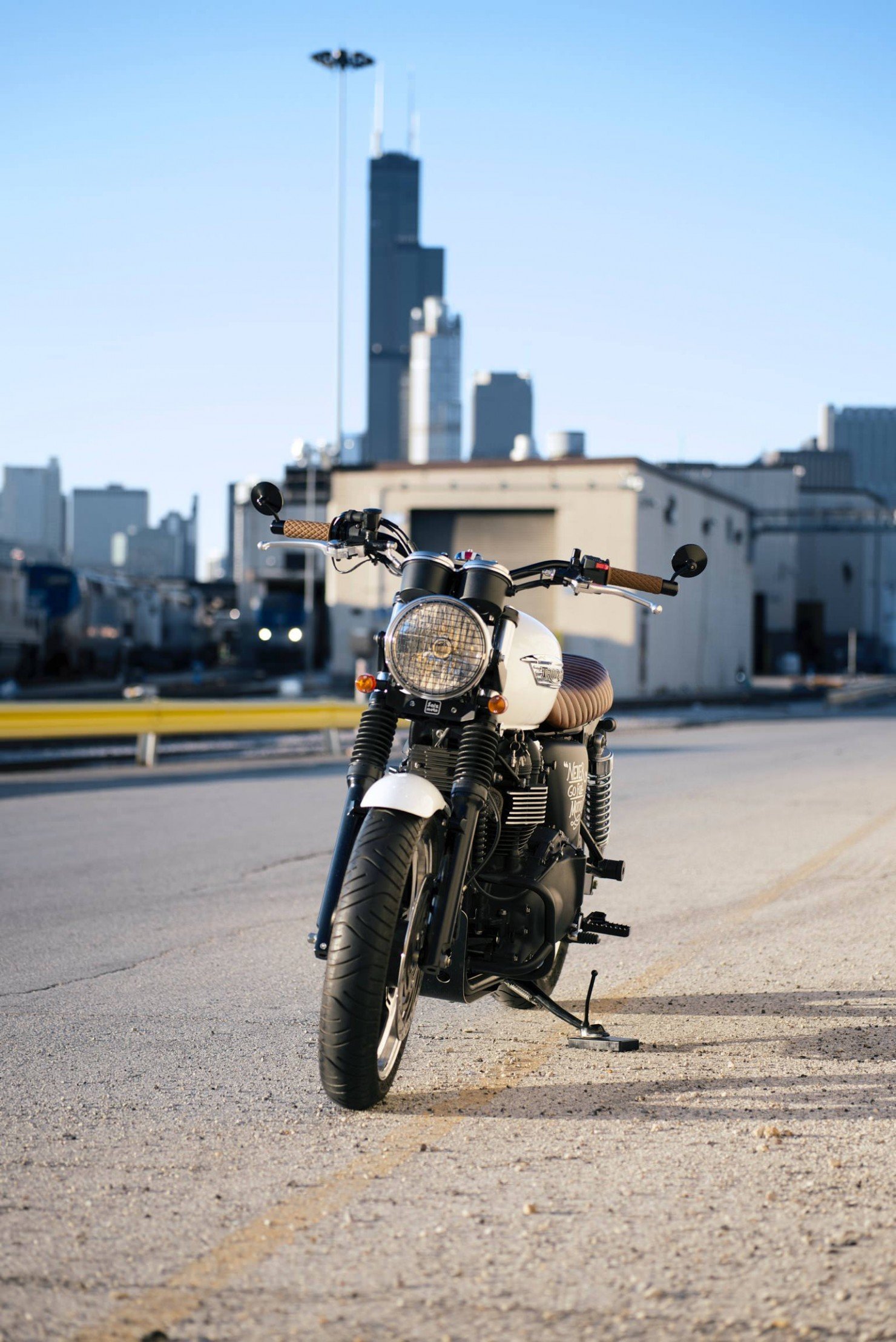 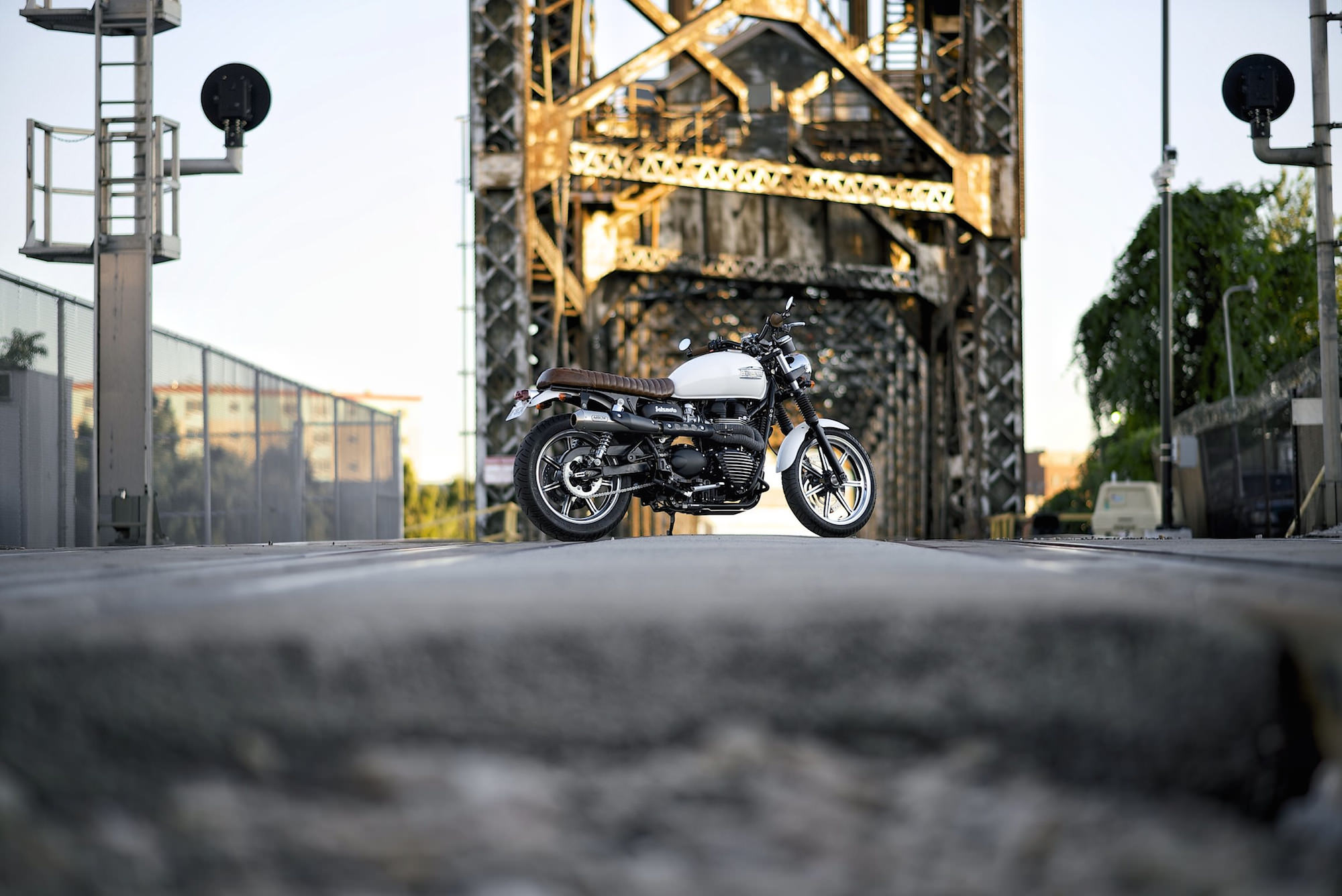