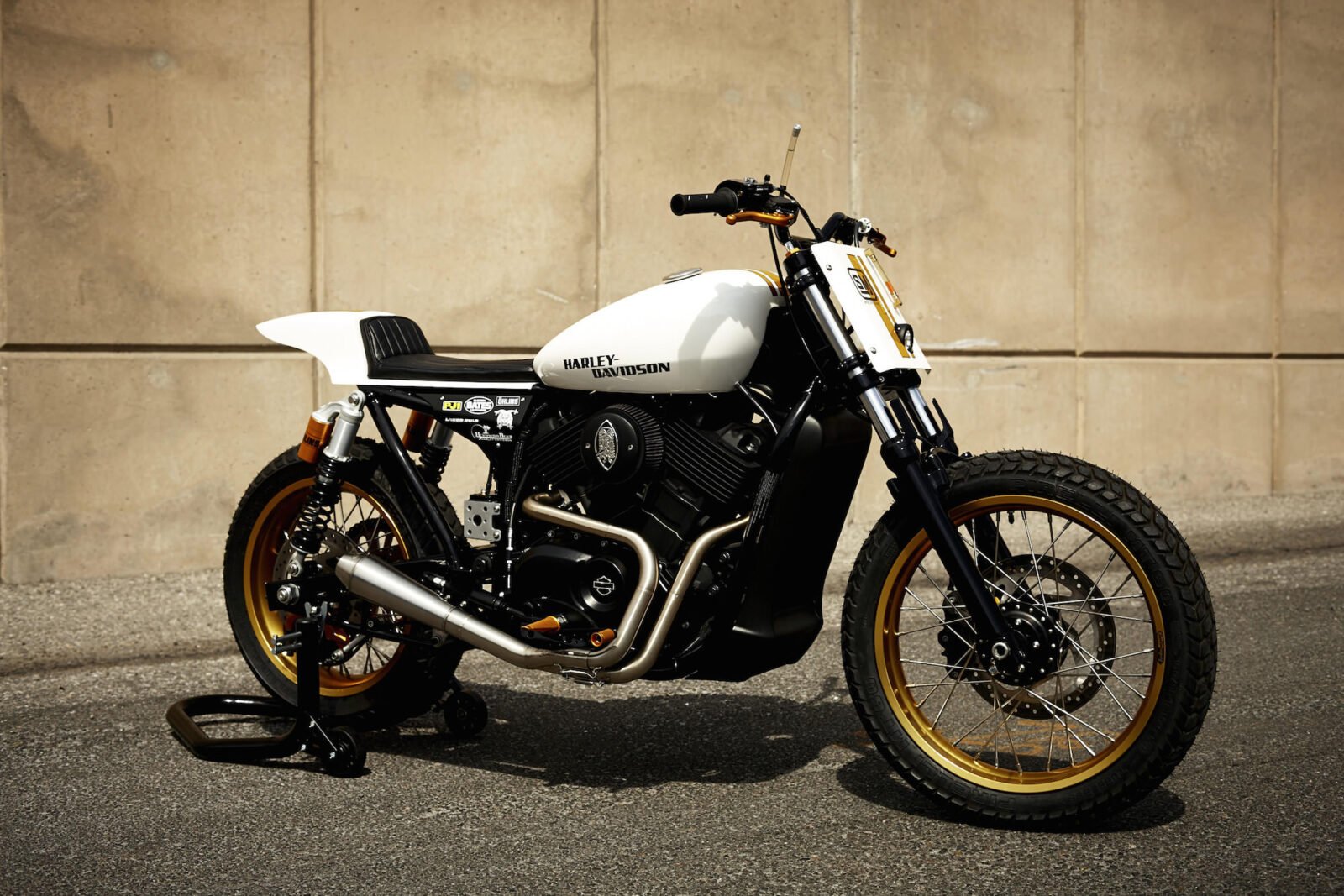 This year saw the introduction of what many have called the two most important new Harley-Davidson models in living memory, the Harley-Davidson Street 500 and 750. These new bikes are powered by Harley’s new V-twin, the water-cooled Revolution engine officially called the Revolution X, both of the engines are identical with the exception of bore size – helping to lower manufacturing costs and contributing to the low sticker prices on both new the models.

Harley-Davidson is directly targeting emerging markets with the new Street models, regions like South East Asia and India consider 500cc to be a large capacity motorcycle and the average pocketbook is no where near deep enough to spring for even an entry level Sportster.

In the United States the American-made Street 500 has an MSRP of $6,799, the Indian and SEA markets can expect their equivalent models to be cheaper still due to the fact that they’ll be manufactured entirely in India.

It’s still early days for the Street models in the United States, but in order to give an idea of the bikes versatility the Harley-Davidson PR machine sent a still-in-crate Street 500 to the team at The Speed Merchant and asked them to build something new, but familiar to the marque. 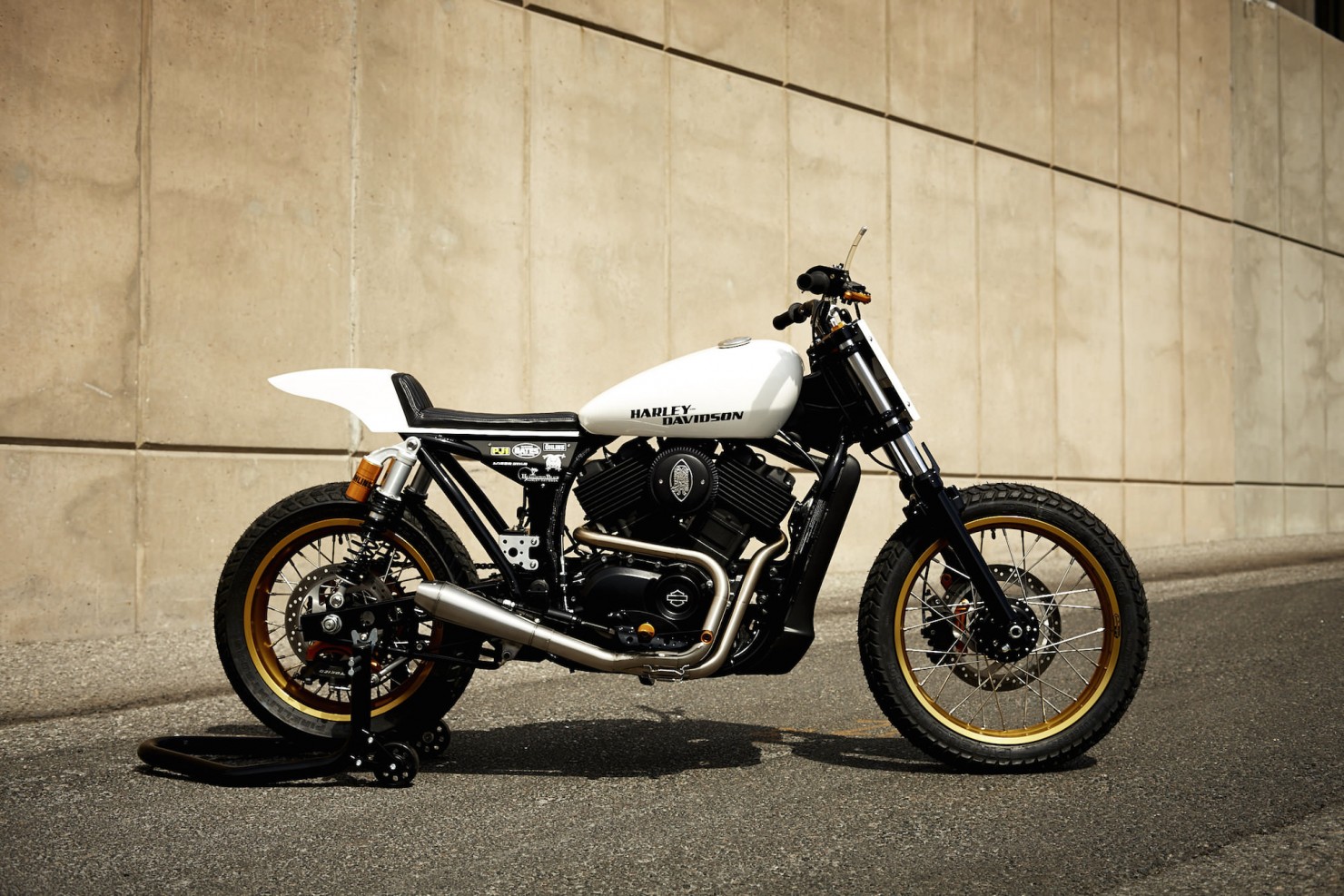 The team stripped the bike back to its bare essentials before deciding to customise it into a modern take on the classic flat track racer. Starting from the front, the stock brakes were removed and a new Tokico calliper was mounted using a Speed Merchant radial mount brake bracket. The stock wheels were removed in favour of Sun aluminium rims, SS spokes and original Harley hubs, the new tail section was shaped out of aluminium, then the seat pan was handed off to Bates Leather for seat fitment.

The original tank was kept and modified to fit the lines of the new bike and the slightly taller rear shocks by Öhlins helped tweak the stance to match the intended purpose. The team at Cone Engineering donated their 2″ core muffler to the project, the swing arm and final drive were modified to switch the bike from belt to a more traditional chain drive arrangement. A long list of other modifications were implemented and within 60 days the new bike was ready for the Born Free Show, where it would headline the Harley-Davidson contingent.

The completed bike has earned itself a place as one of our favourite flat trackers of the year so far, I can’t help but wish the boffins at Harley would take heed a build something just like this for commercial release, but I know it’s unlikely.

Click here to see more from The Speed Merchant. 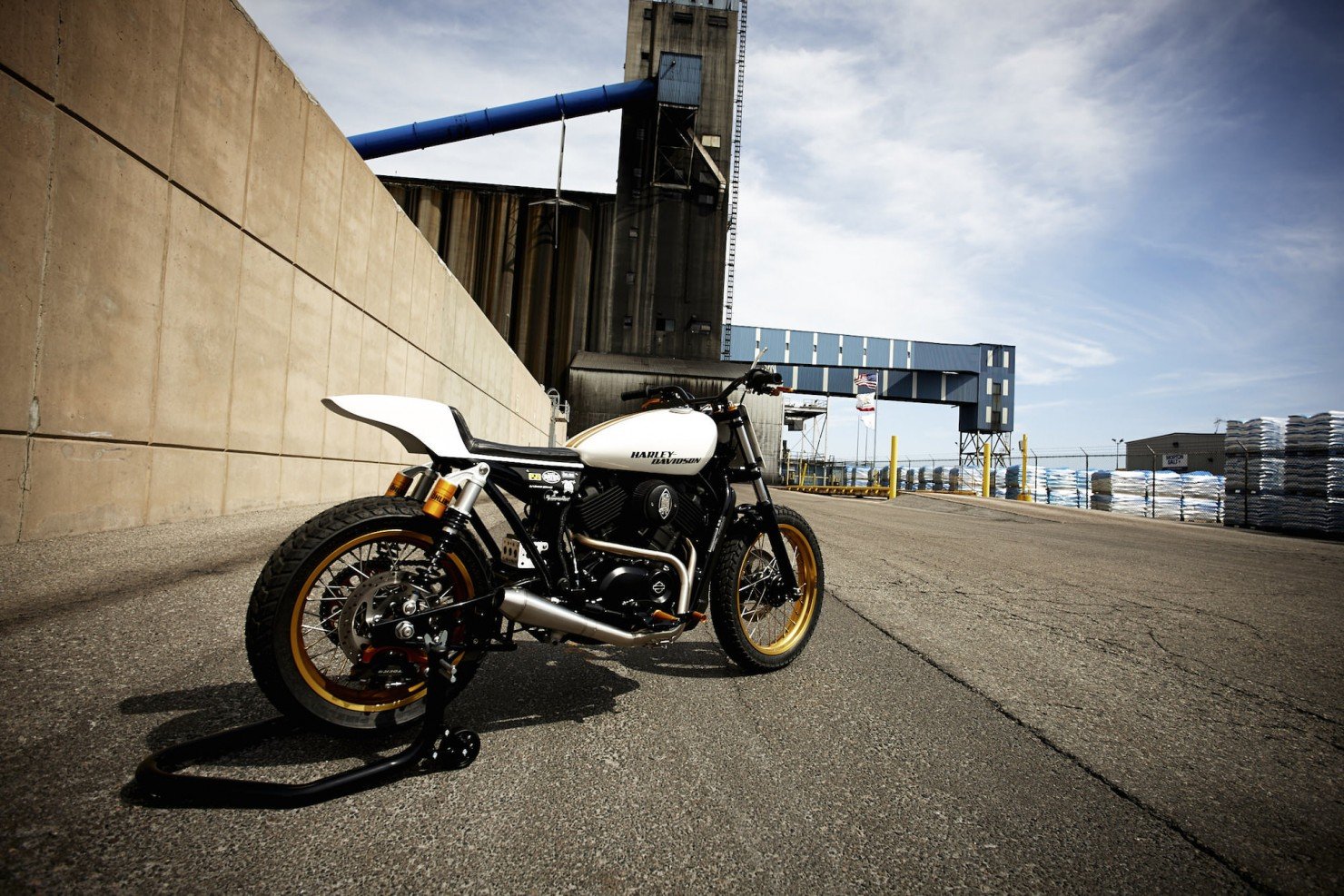 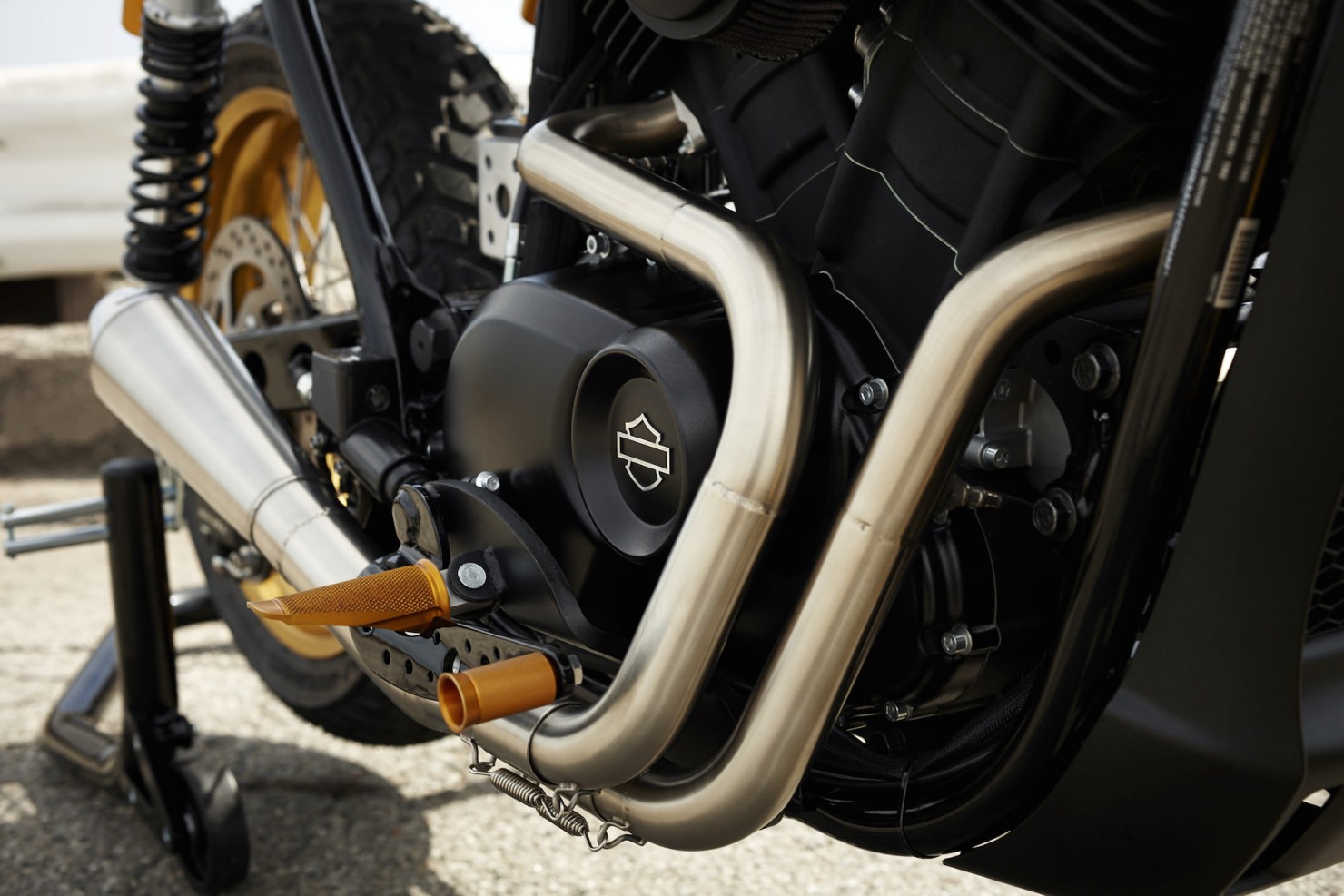 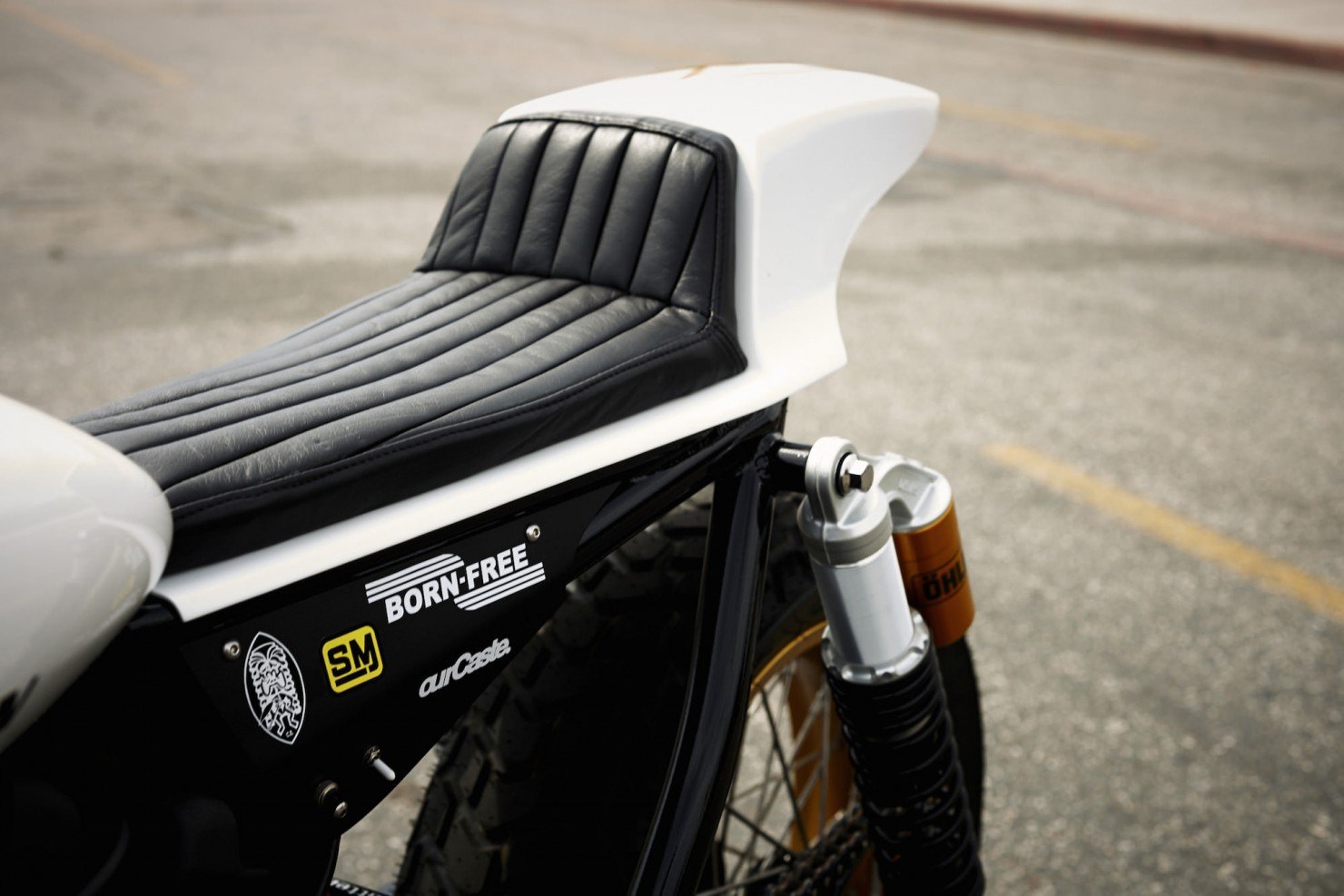 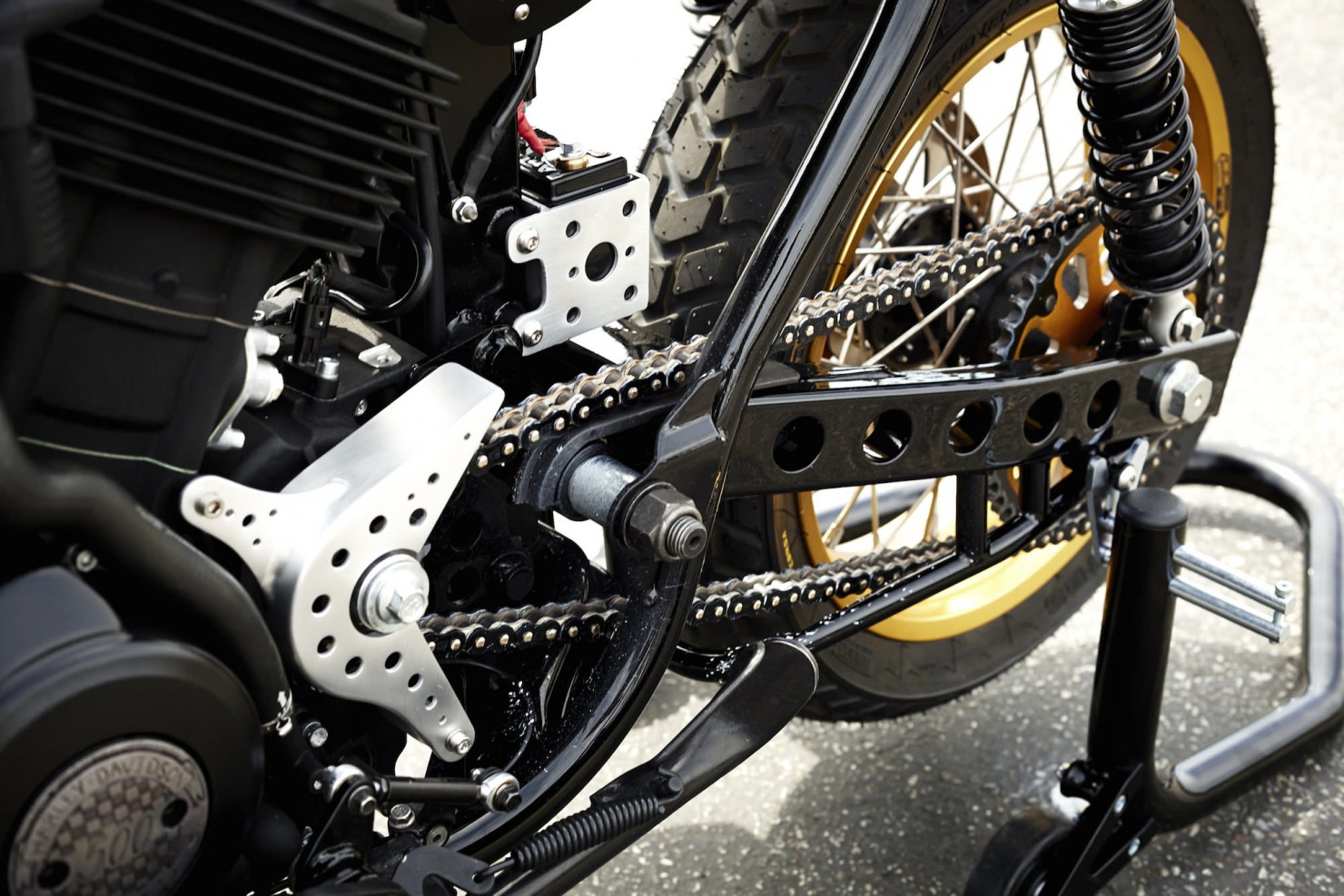 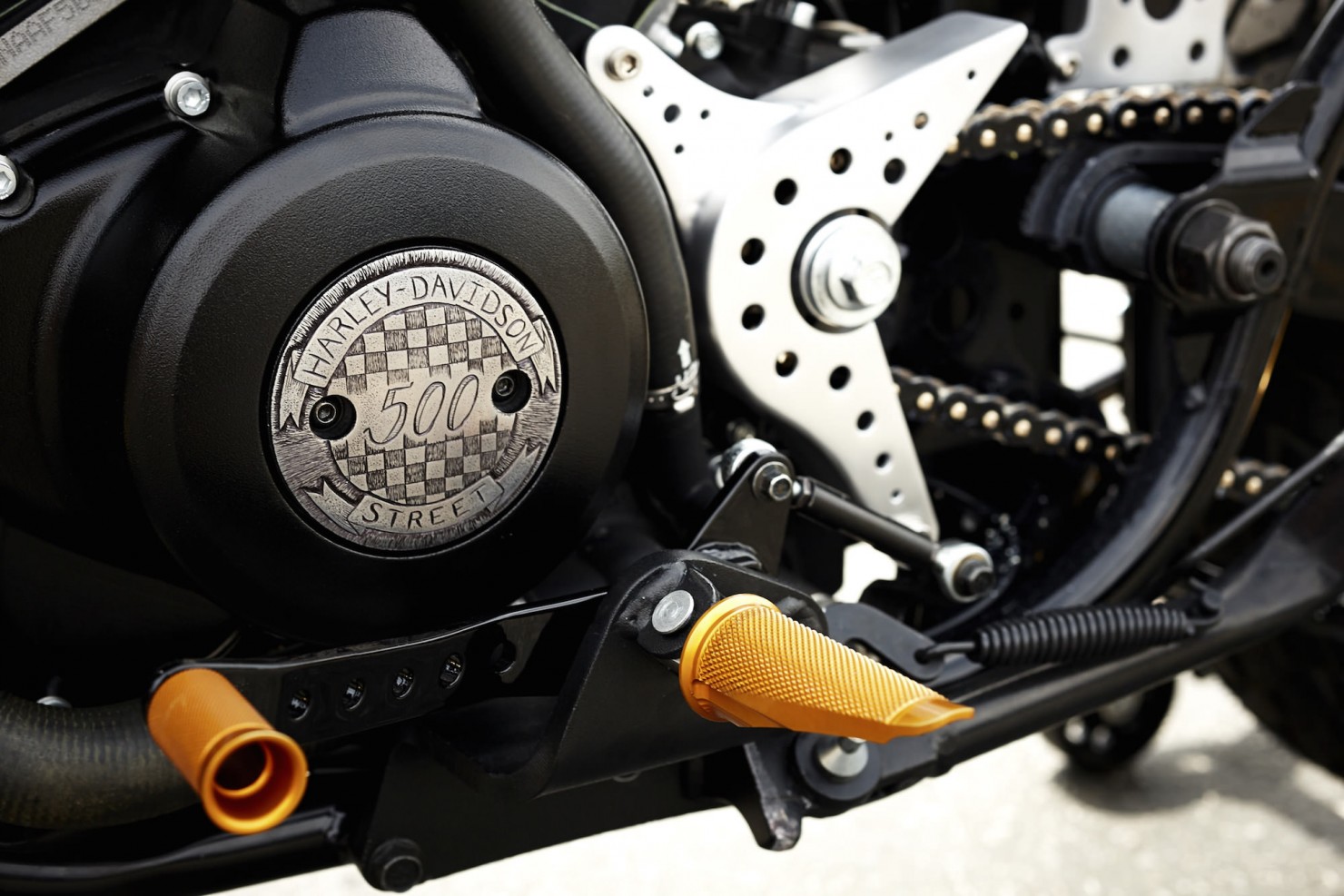 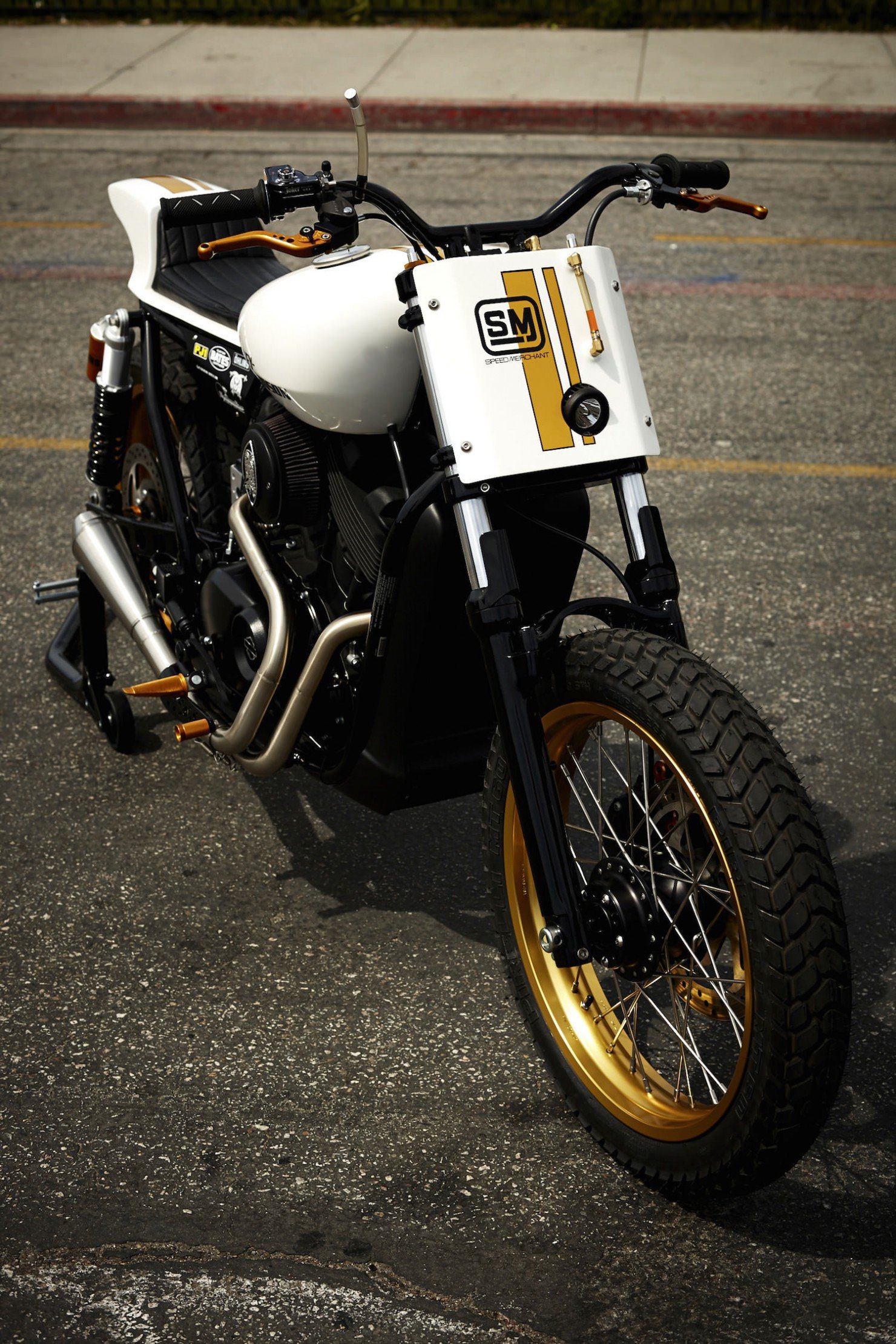 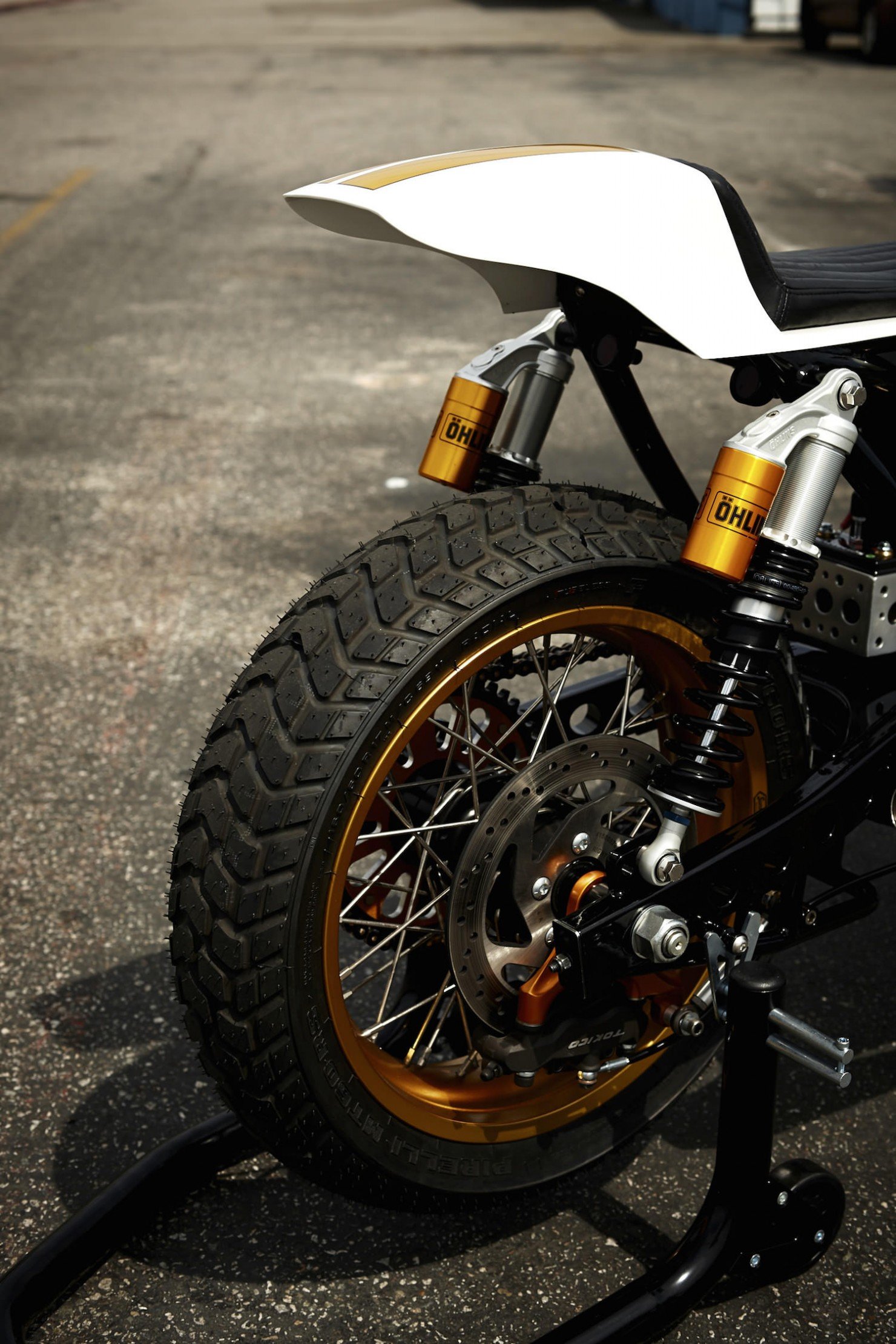 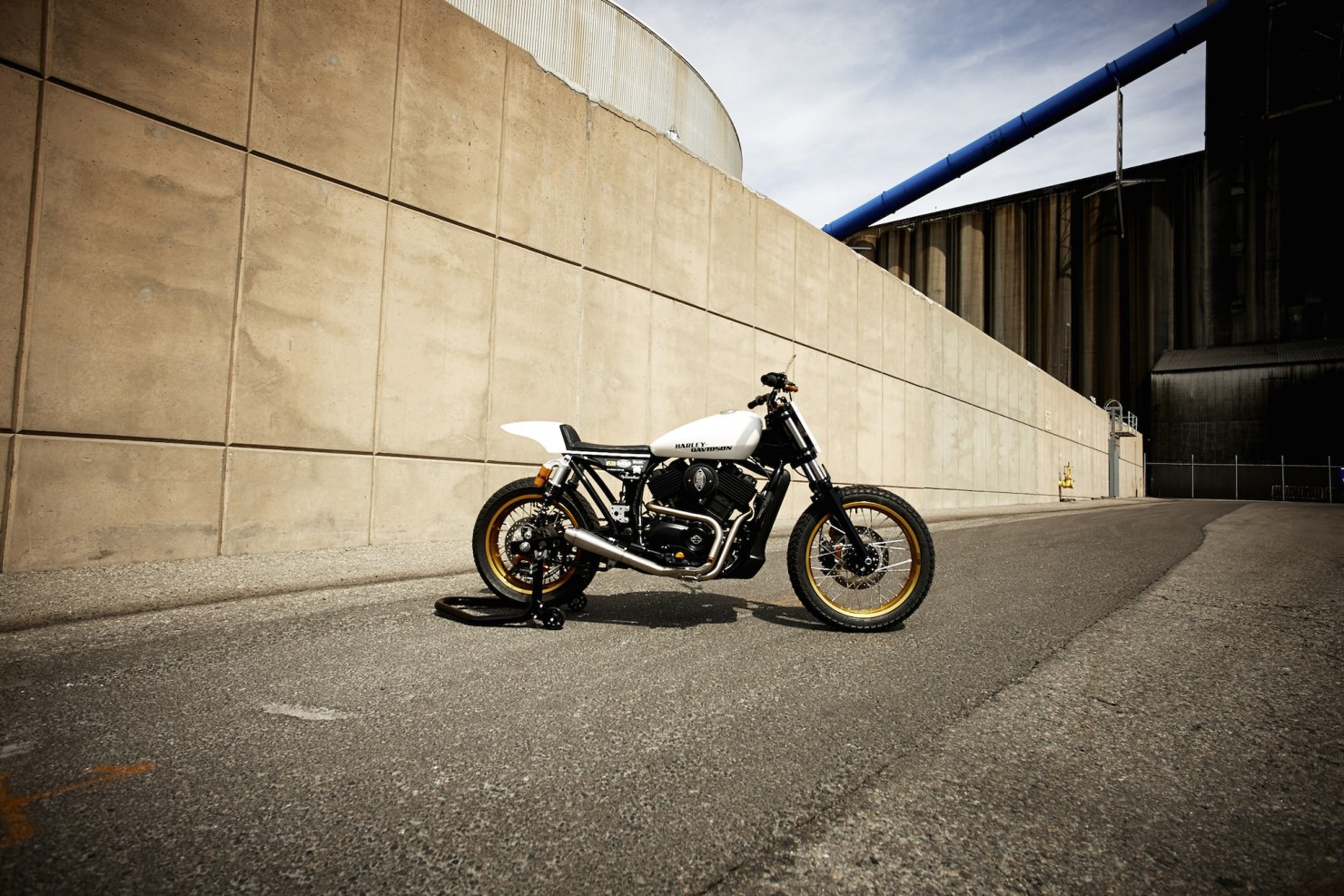 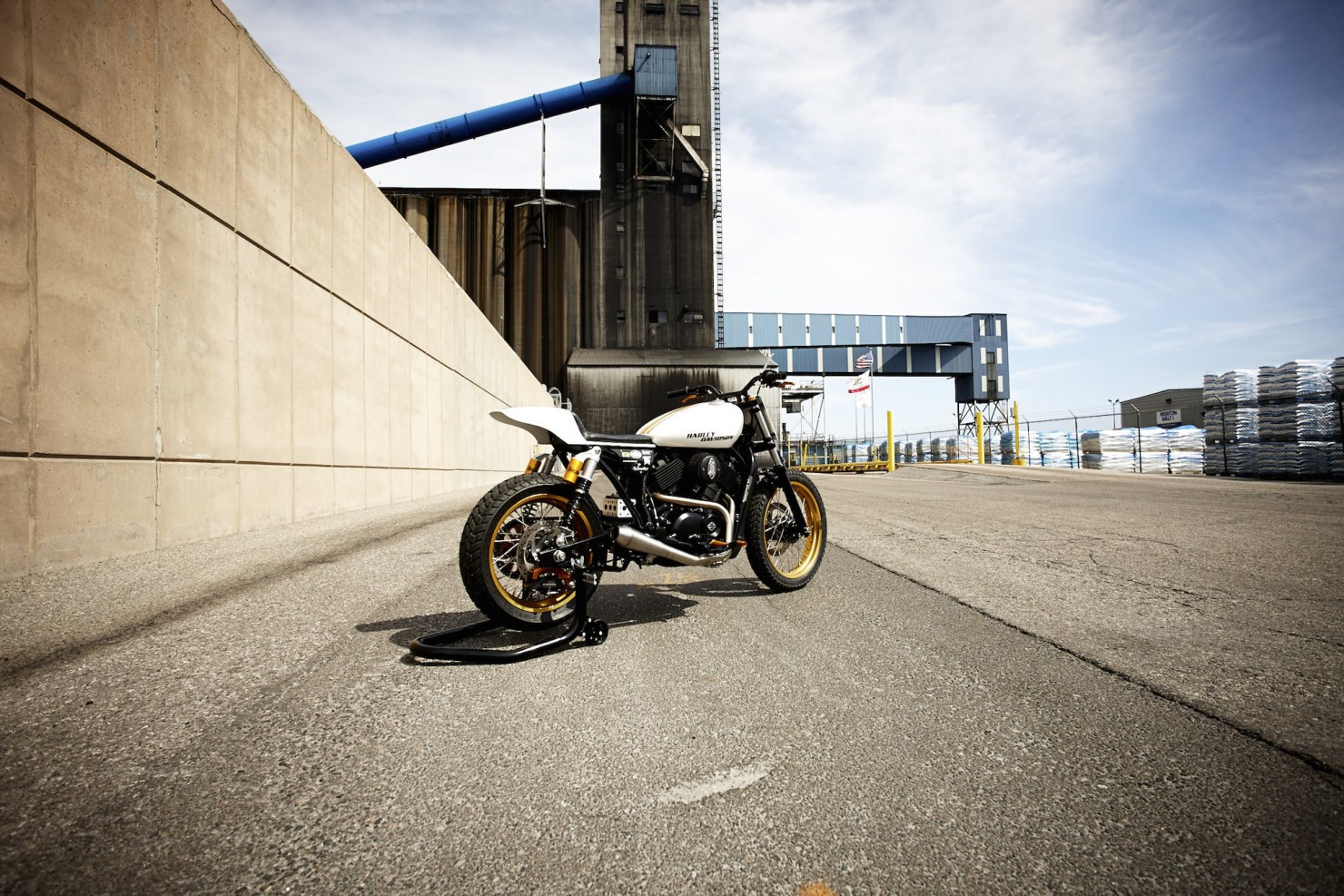 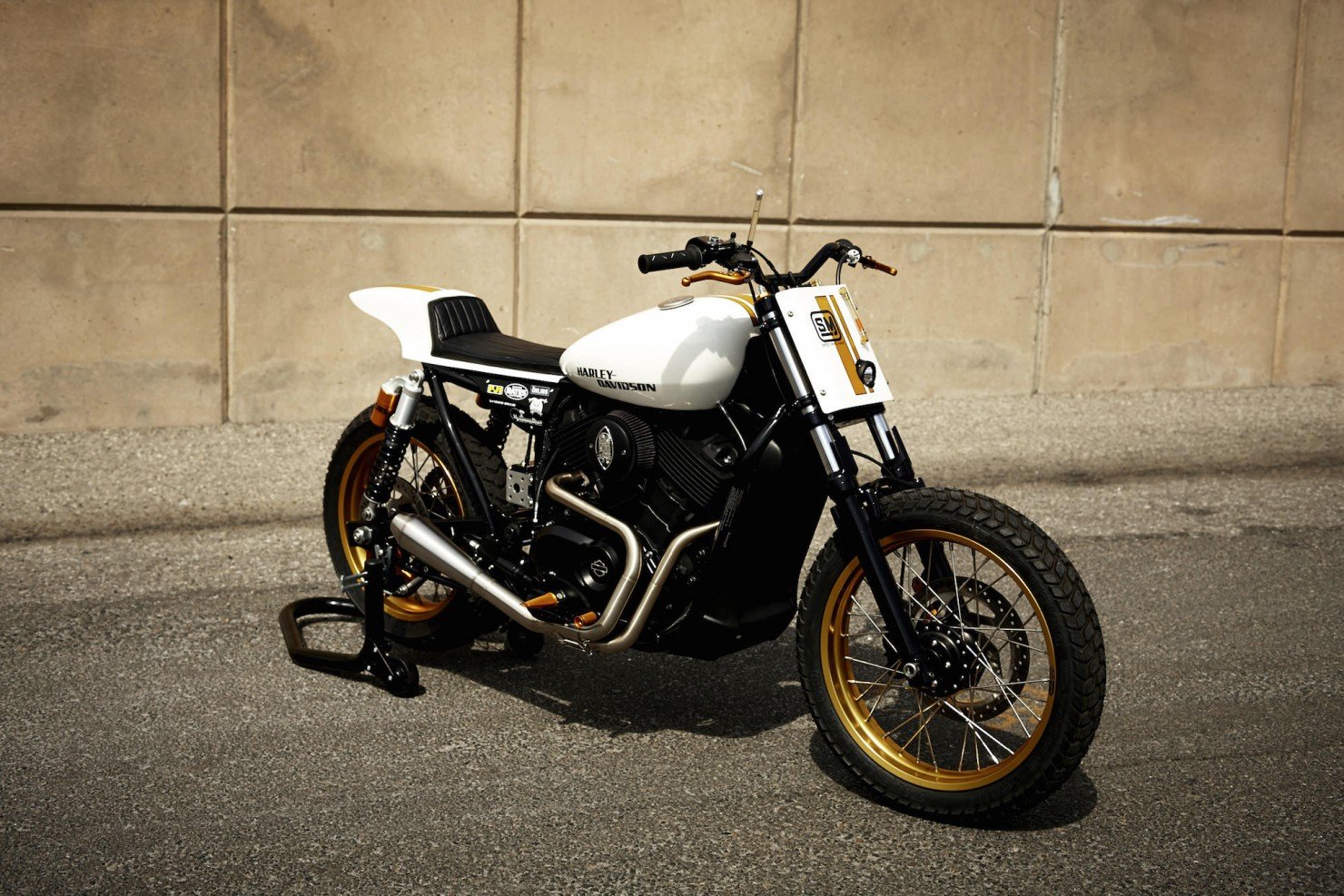 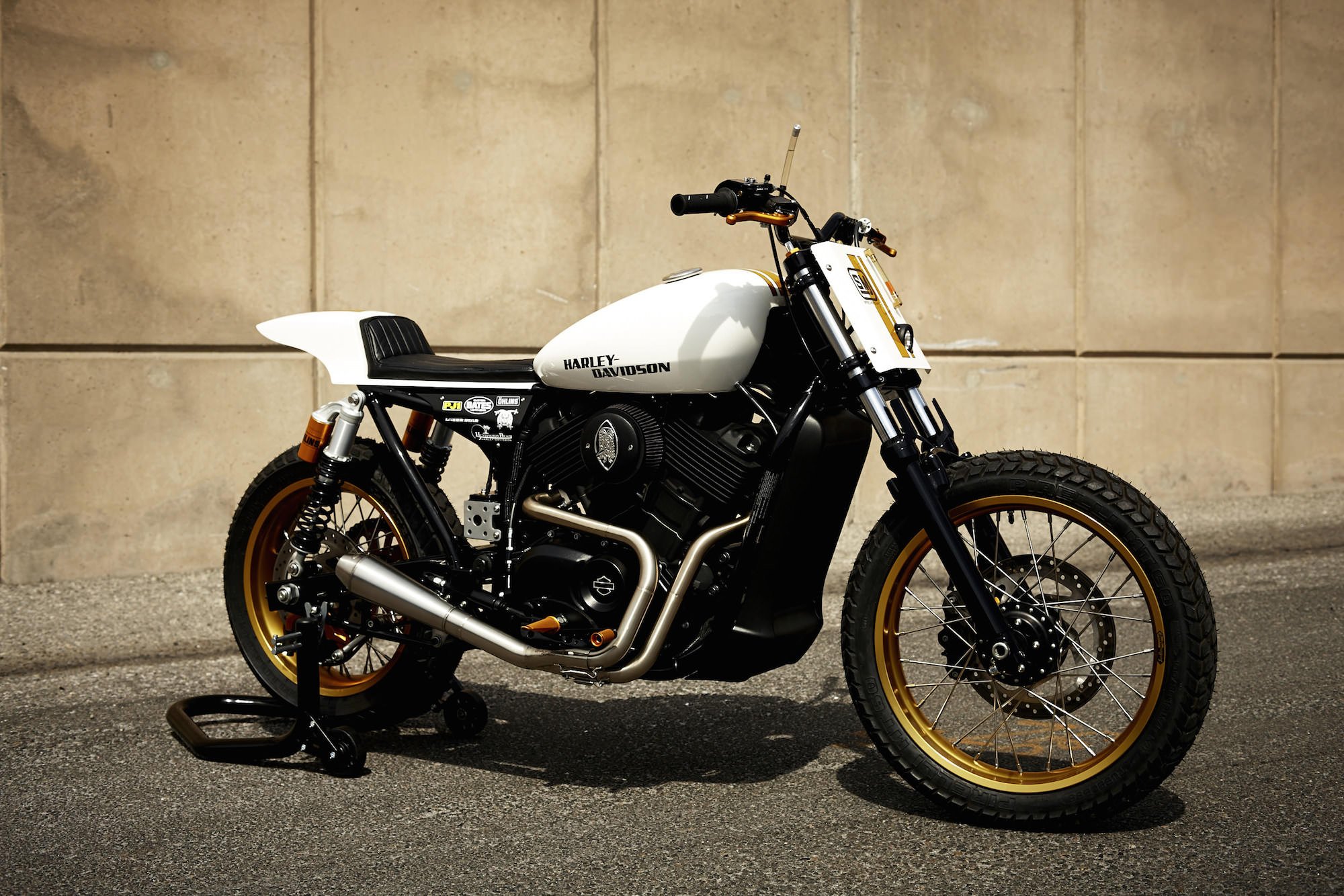