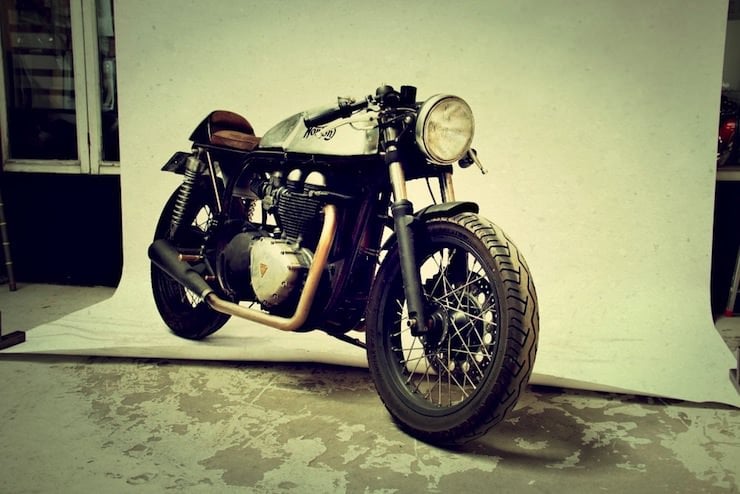 The Triton is a motorcycle that seems almost as timeless as the Queen of England. The first Tritons were built by hand in Britain by the original cafe racer crowd, the Norton Featherbed frame was widely regarded as the best handling motorcycle chassis in the world, but the parallel twin engines out of the Triumph Bonneville was superior to the Norton unit in terms of performance and reliability.

The Norton parallel twin engines of the day had a habit of losing their pistons at anything over 7000rpm, having an engine eject a piston in that rev range has roughly the same effect as dropping a cat into a beehive. You really don’t want to be sitting over it when it happens. That said, the Triumph engine did have a few other advantages, they had twin carburettors and were often fitted with aftermarket high-profile camshafts and high compression pistons, giving them a distinct performance advantage. 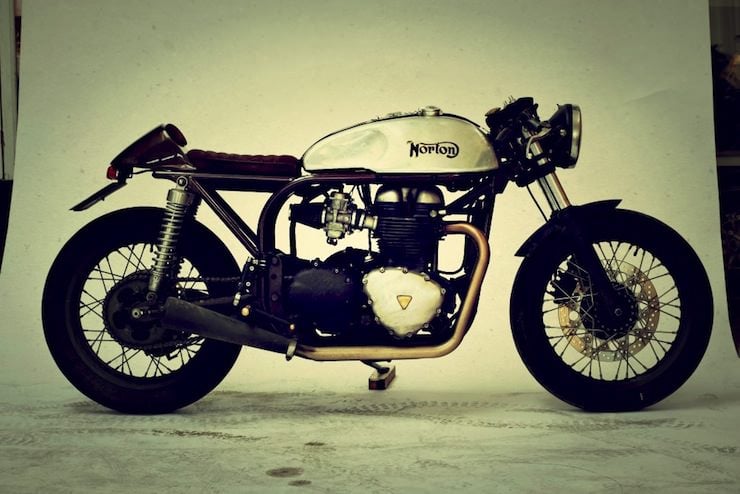 This Triton is a slightly unusual, modern take on the classic hybrid. It’s been built using a 1954 Norton Featherbed frame but instead of a 40 year old Triumph parallel twin, he’s using a 3 year old 865cc twin from the modern Bonneville. This gives the bike modern performance and reliability as well as fuel injection and up to date emissions-compliance.

The bike was built by Lars Lykkegaard, a 31-year-old Scandinavian mechanic, who had grown tired of his classic Triton eating its spark plugs. He realised that the solution to his problem was a new power-plant, he wanted to keep the Triton spirit alive and so he only really had one option – the new Triumph Bonneville 865cc unit.

Lars bought a secondhand 2010 model from Britain and set to work removing the engine from the frame and then fabricating a new series of engine mounts to drop the new engine into the 60 year old Norton frame. It took him all winter but by the time the snow had melted he had a modern Triton sitting in his garage, raring to go.

If you like this bike as much as we do you might be happy to discover that it’s currently for sale via our friends The Wrenchmonkees, if you’d like to learn more, click the link here. 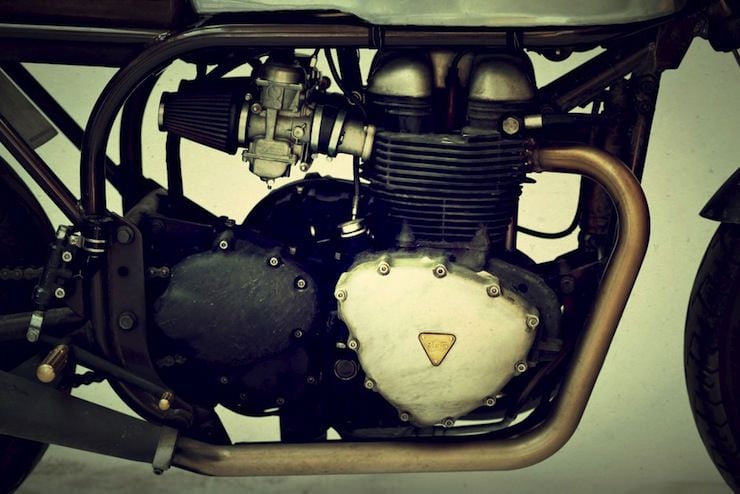 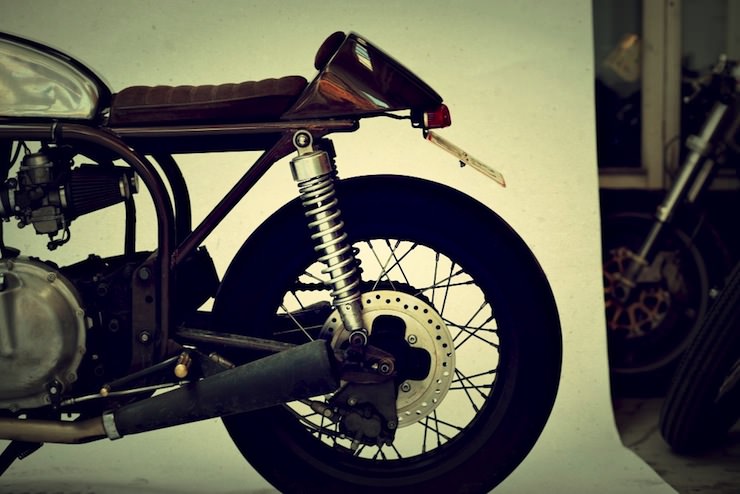 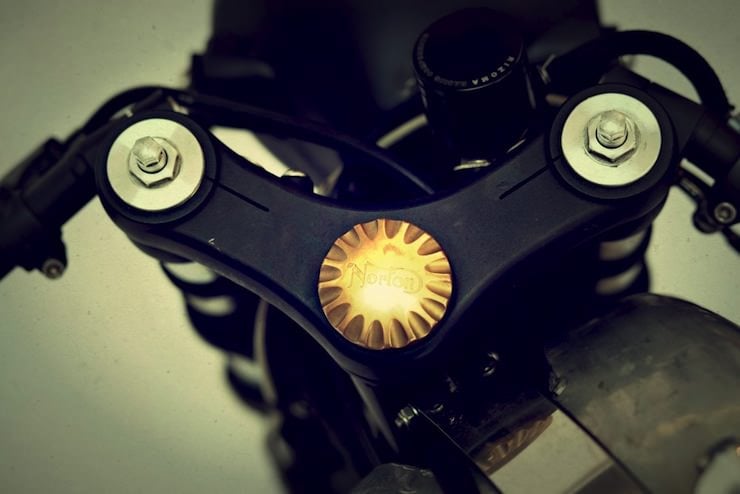 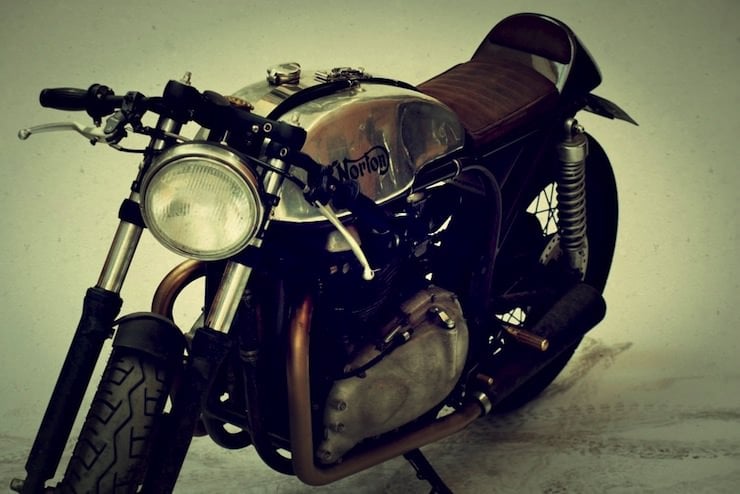 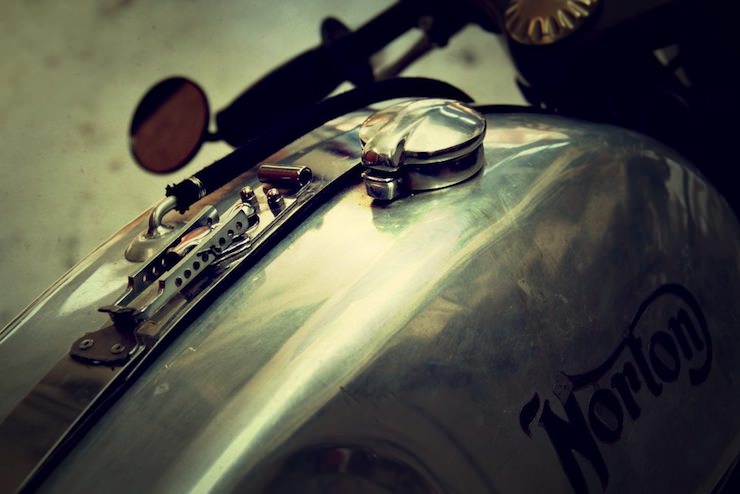 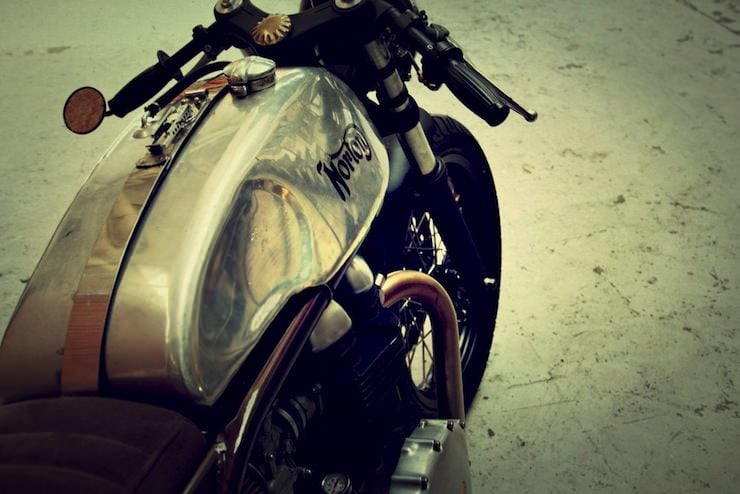 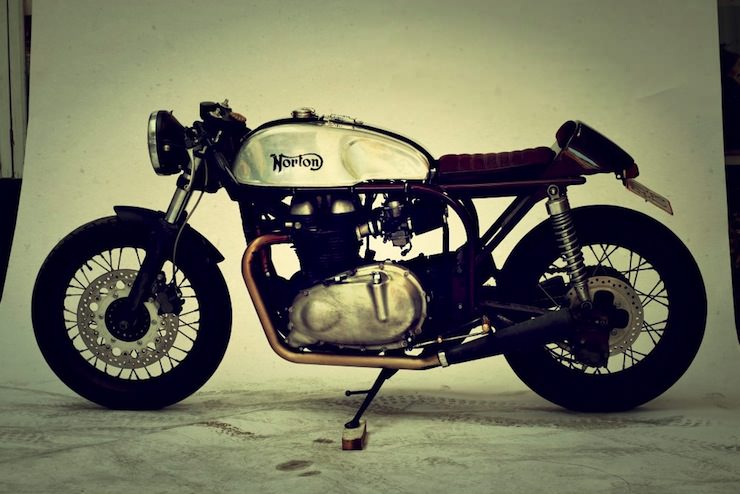 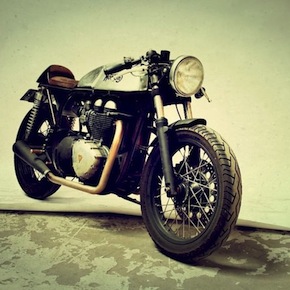