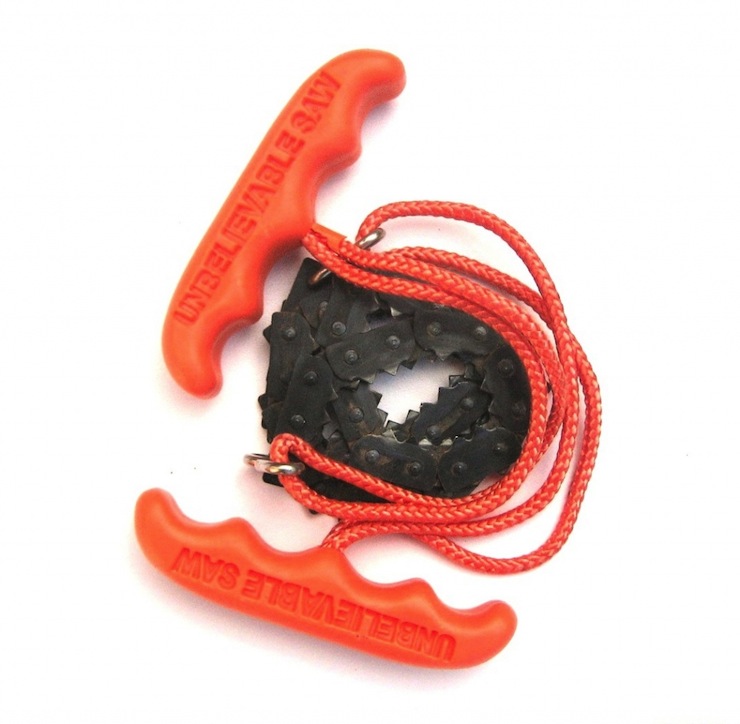 This is the “Unbelievable Pocket Chain Saw”, it’s a fantastic little piece of gear to toss into the rucksack before a weekend out in the mountains. It allows you to cut wood into useable sizes for both shelters and firewood – without having to carry a much larger bow saw or axe.

The Unbelievable Pocket Chain Saw costs just $16.88 USD apiece and can be bought on Amazon or via your local camping goods store. 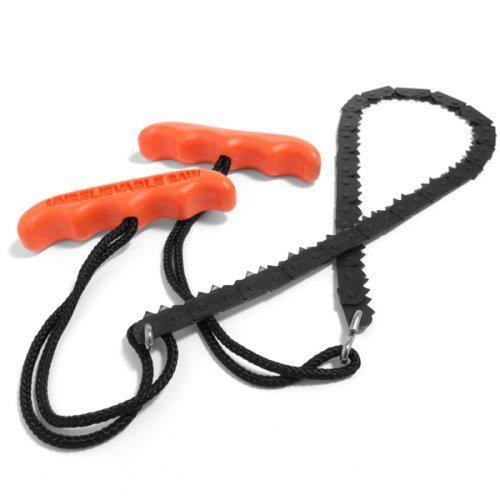