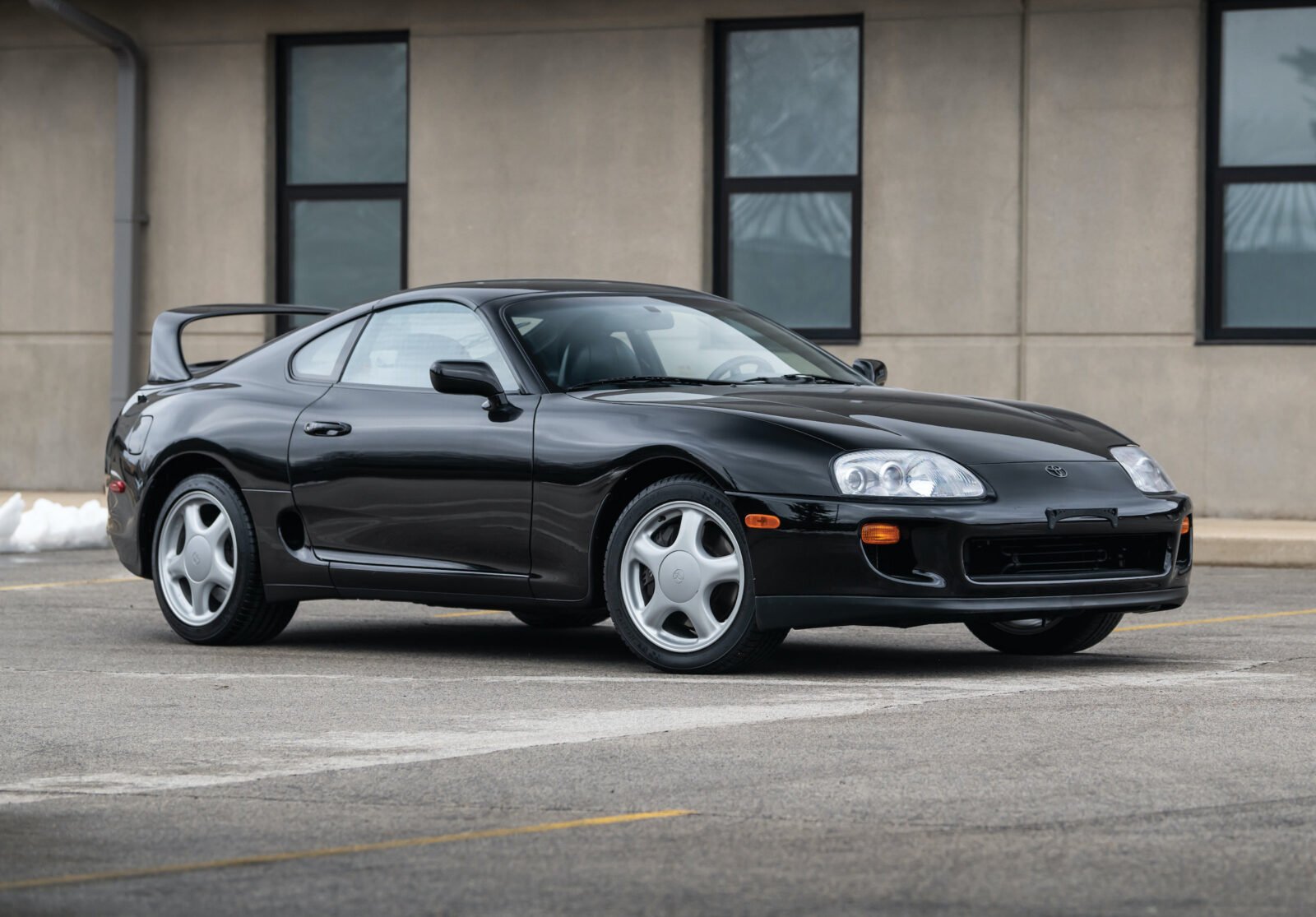 The fourth generation (A80) Toyota Supra was a revelation when it was first released in 1993, the futuristic styling, prodigious power output, and strong focus on low weight and high performance made it one of the most desirable (and quickest) sports cars in the world.

The Supra had started out in 1978 as a special version of the Toyota Celica liftback, it proved popular and the second generation followed on, using the Celica as a starting point. By the third generation in 1986 the two models had become seperate entities, though the styling was still closely related.

The Fourth Generation Toyota Supra – A80

The fourth generation Supra was a blank slate redesign that Toyota developed specifically to take the fight not just to the Nissan 300ZX, Mazda RX-7, and Honda NSX, but also to the dominant sport GT cars of Europe and the USA – cars like the Corvette, the Porsche 911, and the Aston Martin DB7. The Supra might not have been able to compete in the luxury or brand name appeal stakes, but in sheer speed it was at least as fast if not faster than many of them. 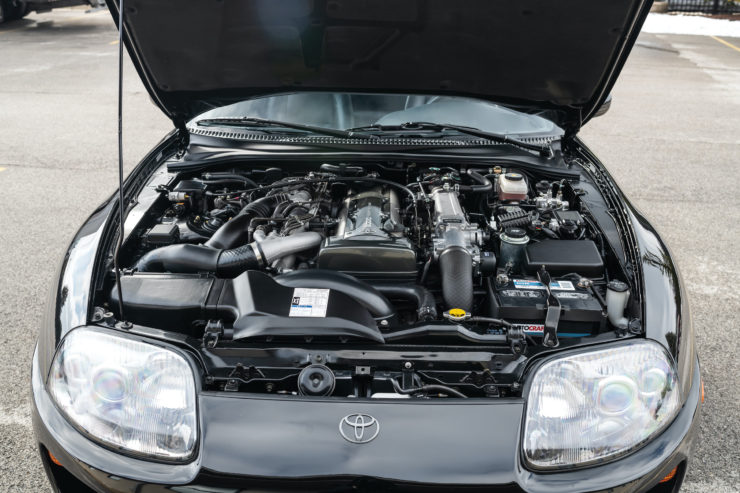 Toyota engineers were so obsessed with keeping the A80 Supra light they they famously used interior carpeting with hollow fibres. They also used aluminium alloy for the hood, the front crossmember, the oil and transmission pans, and for the forged upper suspension A-arms. Aluminum alloy wheels were fitted as well as a plastic fuel tank, and the the car used a magnesium alloy steering wheel.

Although there was a focus on weight reduction, Toyota didn’t allow it to infringe on driver and passenger comfort. The cars still have sound deadening, air conditioning, a stereo system, airbags, and all the bells and whistles. The driver’s seat gave the impression of sitting in a fighter jet, there are gauges, controls, and switches in an upside down “U” around the steering wheel that give you the sense you could launch the car into orbit by flipping a few switches.

The new A80 Supra was approximately 91 kilograms (200 lbs) lighter than the third generation model it replaced. Toyota had developed the 2JZ-GTE for the fourth generation Supra, an engine that would become a legend and remain a popular choice for engine swaps worldwide. Both naturally aspirated and forced induction versions were offered, the fastest version was the twin turbocharged 2JZ-GTE powered car with a 6-speed transmission.

The most famous A80 Supra is doubtless the bright orange 1994 model used in the 2001 film The Fast and the Furious starring Paul Walker and Vin Diesel. This film led to a surge in demand for the Supra and many replica film cars have been made in the years since. 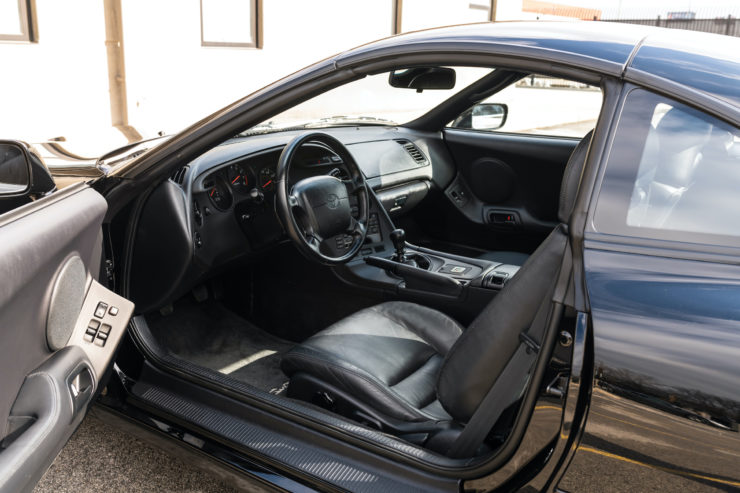 In export trim this car was capable of 321 hp at 5,000 rpm and 315 ft lbs of torque at 4,000 rpm. Thanks to the sequential twin turbos the engine produced significant torque from 1,800 rpm onwards. The 2JZ-GTE is an inline-6 cylinder, belt driven double overhead cams, sequential electronic fuel injection, a strong cast-iron block and an aluminium cylinder head.

Toyota would keep the fourth gen Supra in production from 1993 until 2002. When it left production it wasn’t replaced with a fifth gen model, it just disappeared. It wasn’t until 2019 that the highly anticipated fifth generation Supra would be released. Of the five generations the fourth is considered by many to be the most desirable, the challenge is finding an all-original example with low mileage, that hasn’t been destroyed by former owners trying to emulate Vin Diesel and failing miserably.

The Supra you see here is a highly coveted 1993 model – the first year of production, it’s also the quickest iteration, the twin turbo 6-speed model. Modern Japanese sports cars have been skyrocketing in value over recent years, but it’s typically the pure, unmodified examples that see the biggest sales figures.

This Supra is a black-on-black example with the removable Sport Roof targa panel, it was sold new by Liberty Toyota in Colorado Springs. Inside you’ll find leather upholstery, an AM/FM/cassette player, and a remarkably original dashboard that looks like it left the factory yesterday.

There are just under 10,000 miles on the odometer, making it an ideal acquisition for anyone looking to add a perfect first-year A80 Supra to their collection. If you’d like to read more about it or register to bid you can click here to visit the listing on RM Sotheby’s. 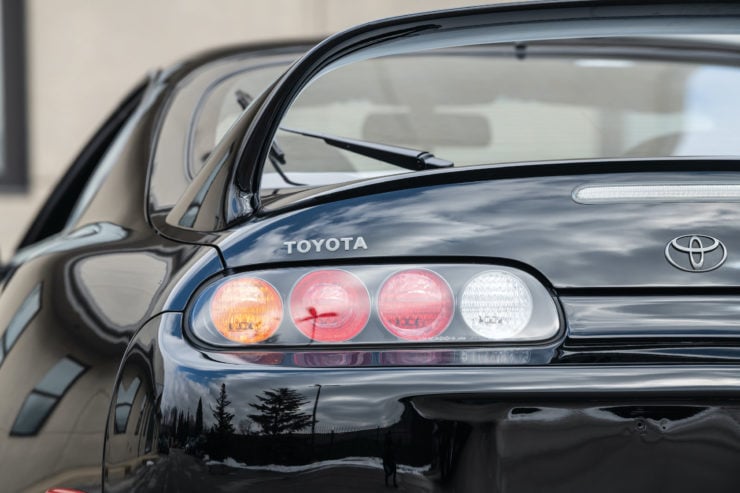 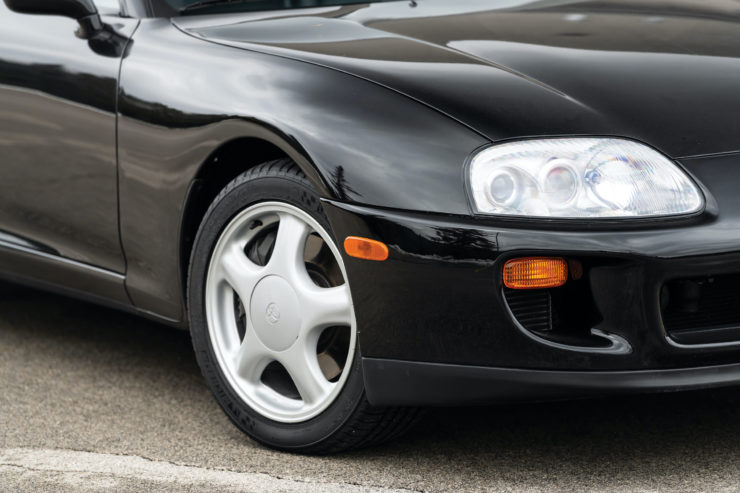 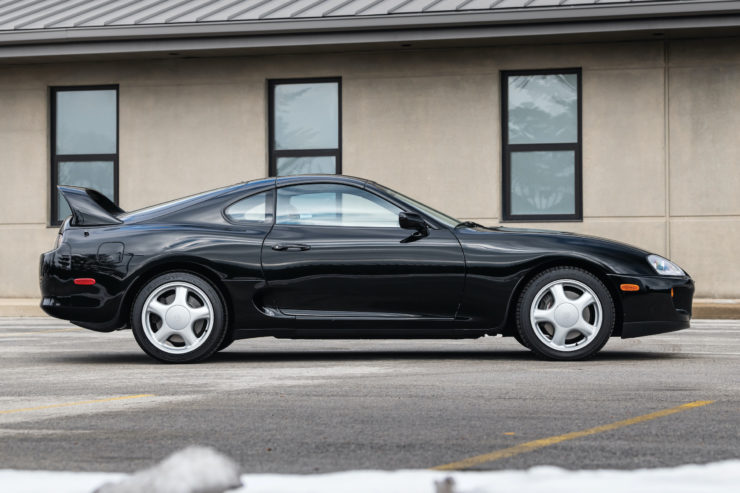 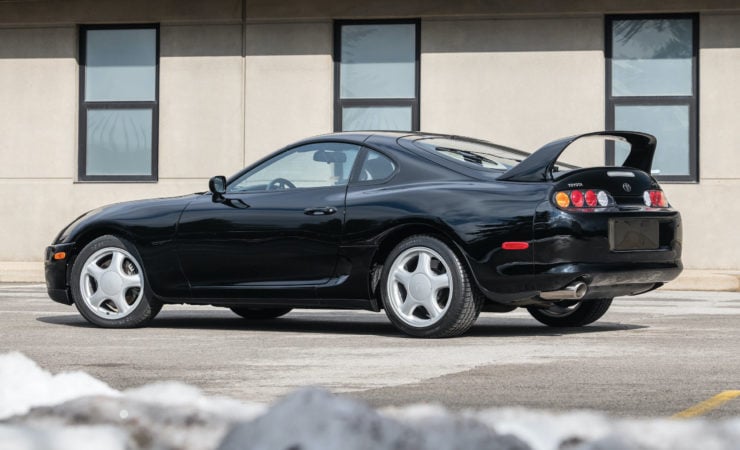 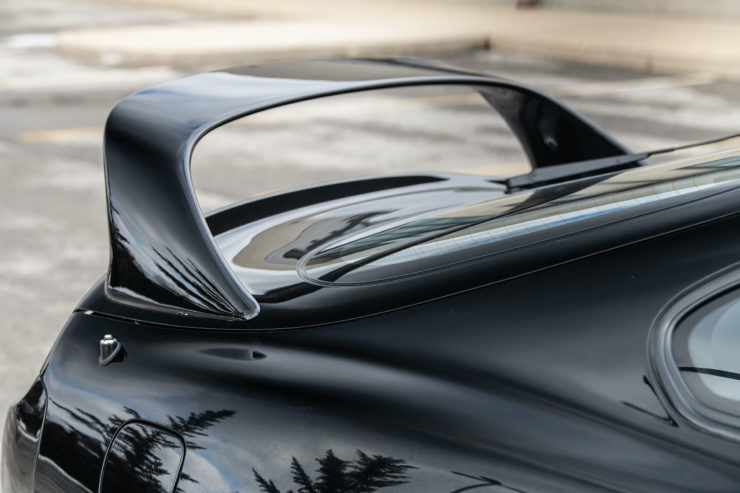 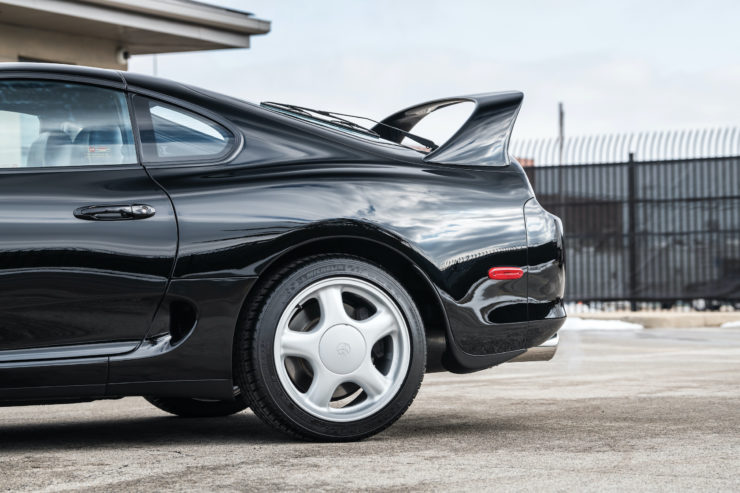 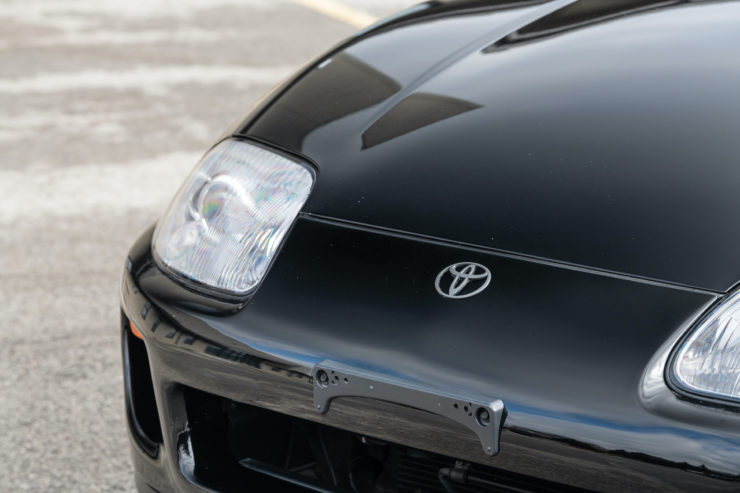 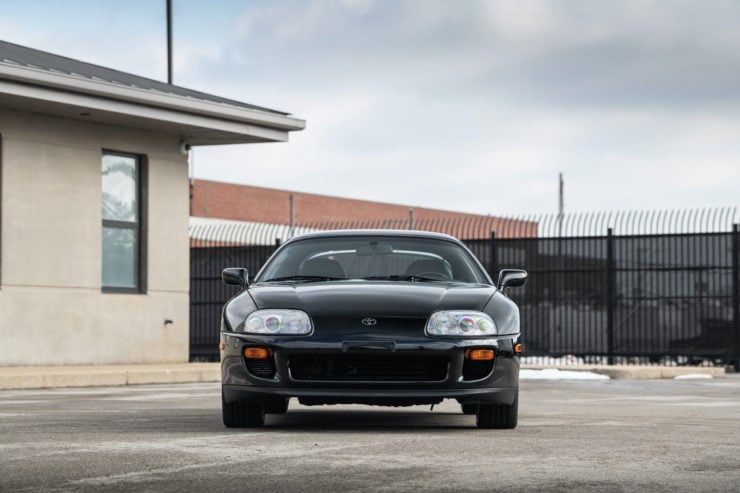 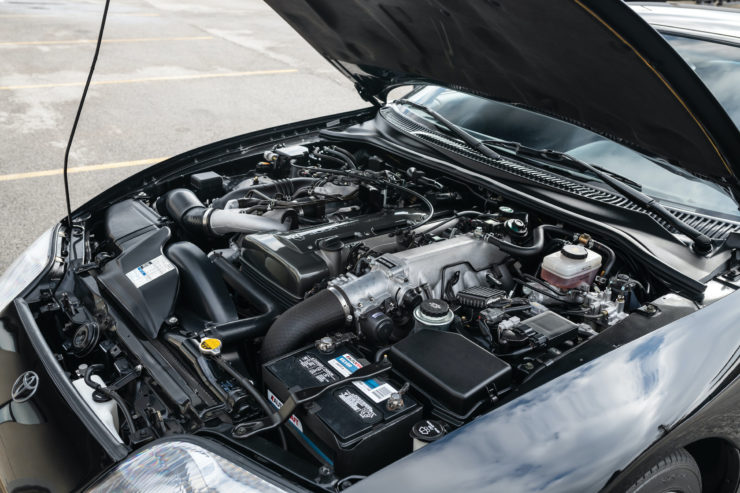 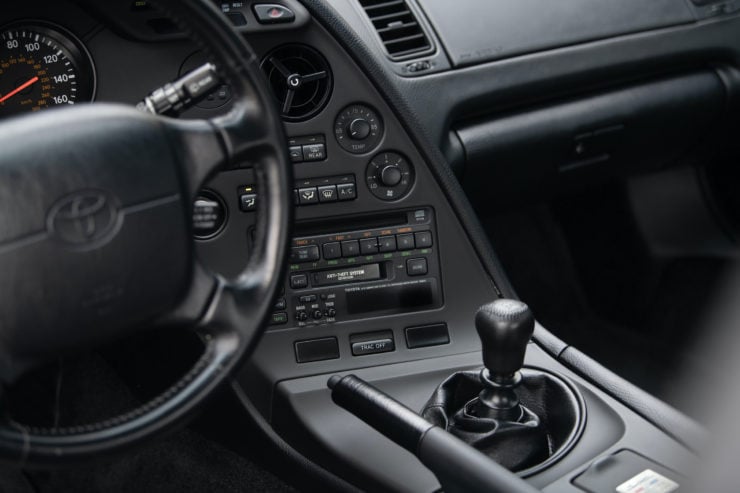 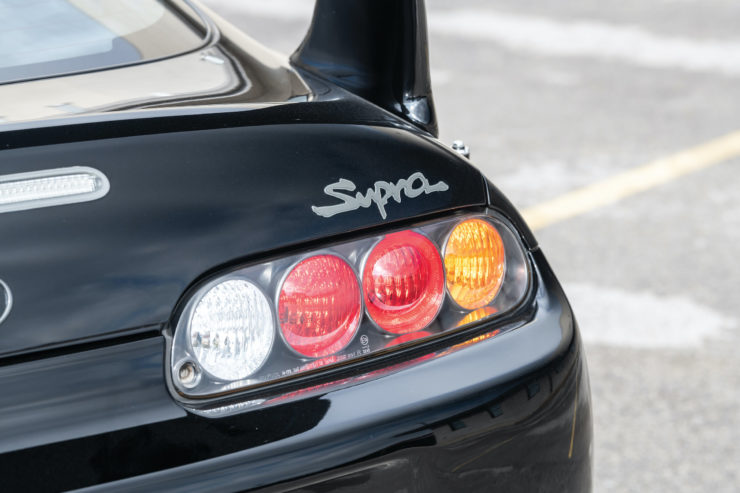 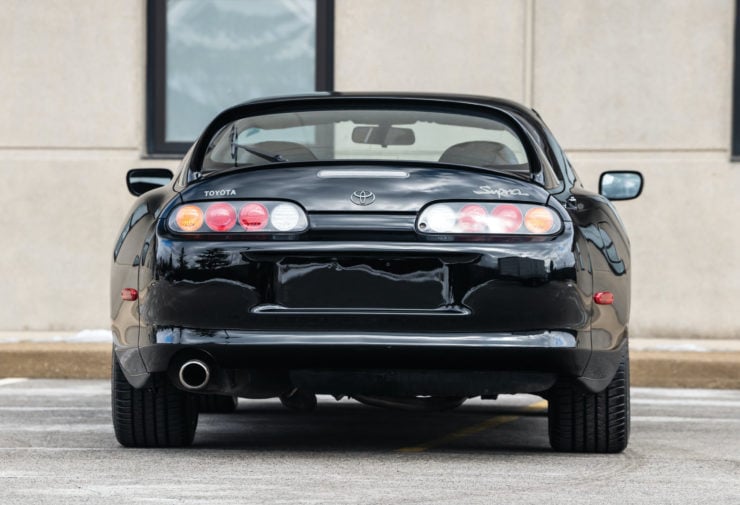 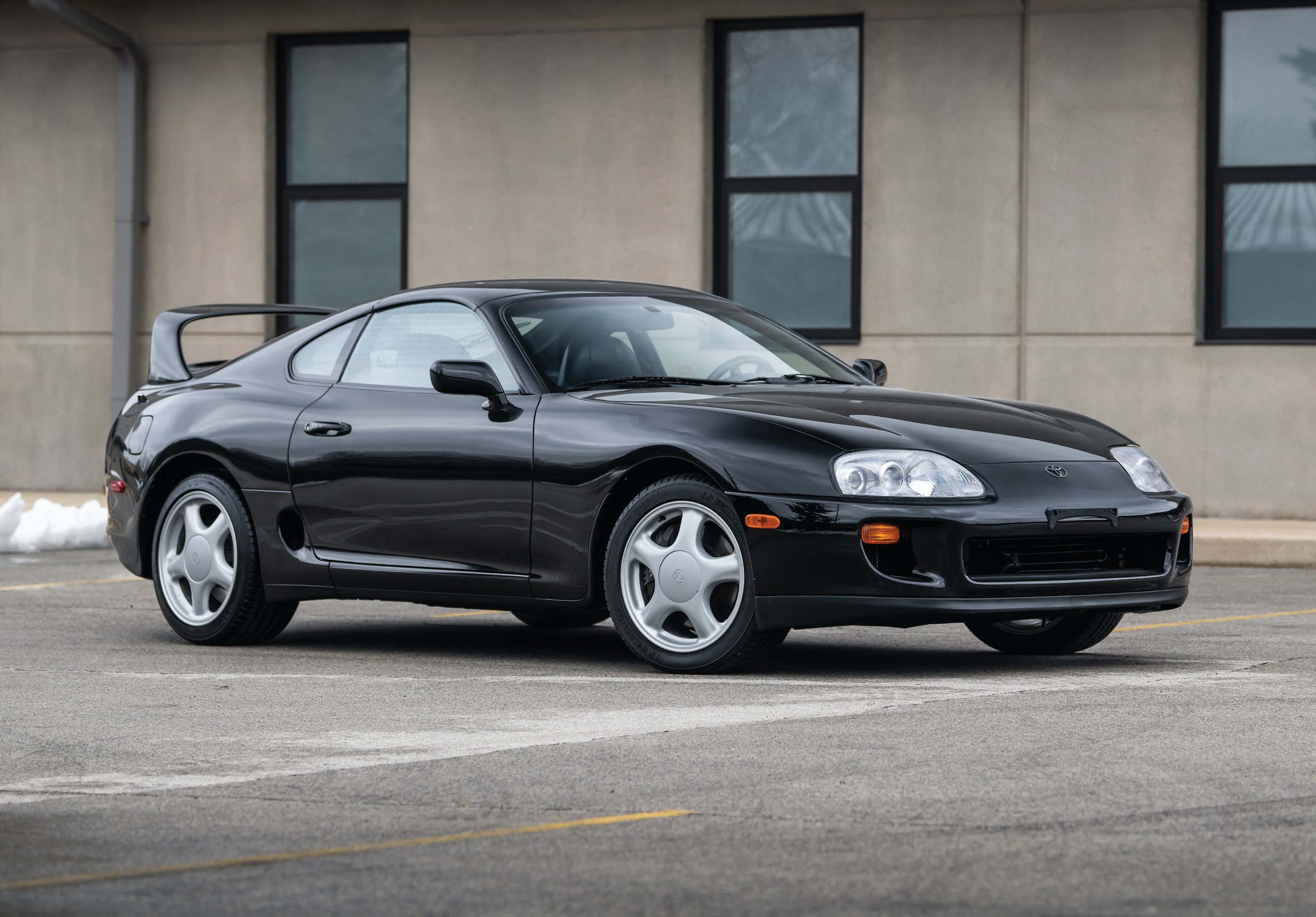