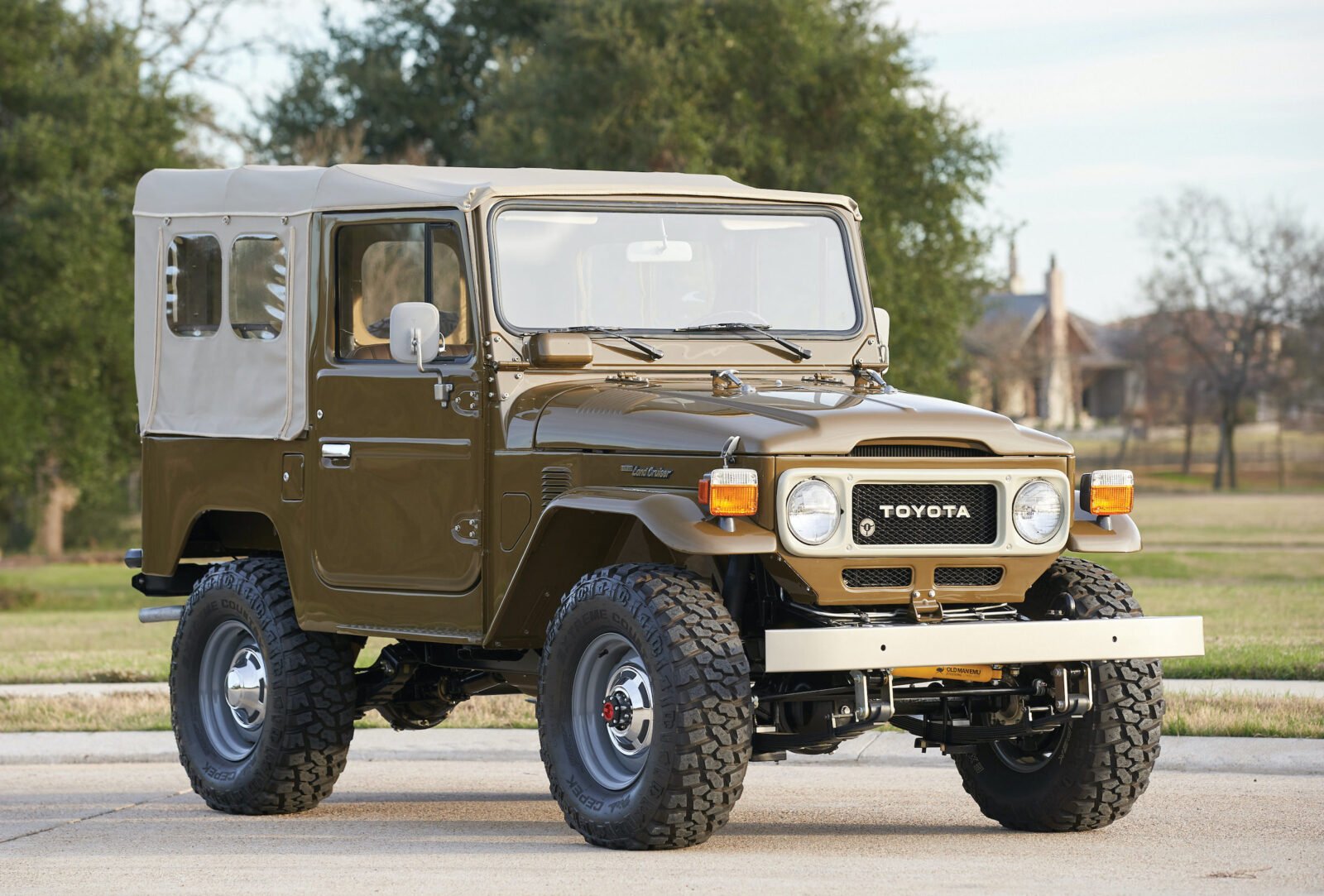 This 1980 Toyota FJ40 Land Cruiser soft-top has seen a comprehensive restoration and series of upgrades by the experienced team at Restoring Legends.

The FJ40 Land Cruiser needs no introduction, it’s every bit as iconic as its siblings from Britain and the United States, namely the Series Land Rovers, the Ford Bronco, the International Scout, and of course, the Jeep.

68 Years And Counting – The Land Cruiser

It would be the original WW2 Jeep that would give rise to the first 4×4 Toyotas. An American Jeep was found by the Imperial Japanese Army as they invaded the Philippines, its value was recognised by Japanese officers and they sent it back to Japan for further study.

Toyota was commissioned to produce a Japanese version, under strict instructions that the vehicle not look too similar to the American design.

Toyota engineers used mostly pre-existing parts from the Toyota parts catalogue in order to keep costs down, and the final Model AK prototype was promising enough that Toyota decided to develop a production version. 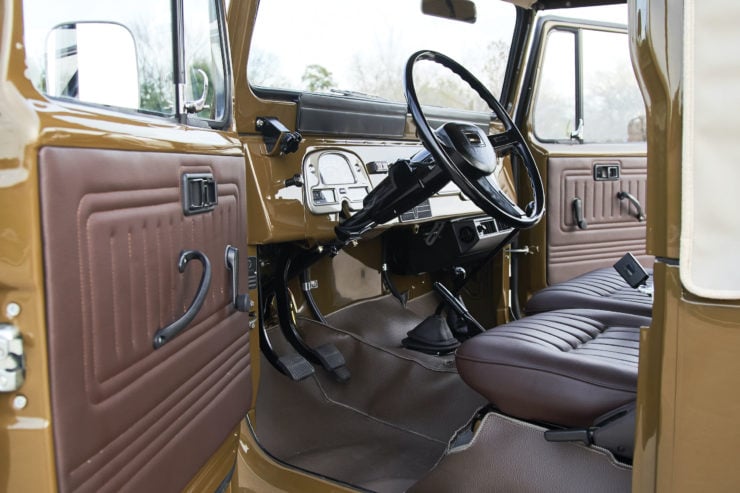 The Land Cruiser officially started life in 1951 with the BJ and FJ models, these were followed by the J20 and J30, then in 1960 the model range really hit its stride with the J40 series. Today when you say “vintage Land Cruiser” it’s the J40 vehicles that typically pop into people’s heads.

Since the Land Cruiser was first introduced Toyota have sold over 10 million of them. It’s the company’s longest running model line, currently at 68 years and counting. In the 4×4 world the Land Cruiser is only bested by the Jeep and the Land Rover for longevity.

The 1980 Toyota FJ40 Land Cruiser soft-top you see here is one of the nicest examples we’ve seen in recent memory, and unusually for this model it features period-correct air conditioning, as well as power steering and power brakes. These features make it far easier to live with as a regular driver in modern traffic conditions.

This vehicle features a full nut and bolt restoration by the aptly named Restoring Legends, a Texas-based company that has restored over 120 Land Cruisers. The company is made up of marque experts who know the Land Cruiser inside out and back to front, they have a strict policy of only restoring 20 per year to ensure that quality remains world class. 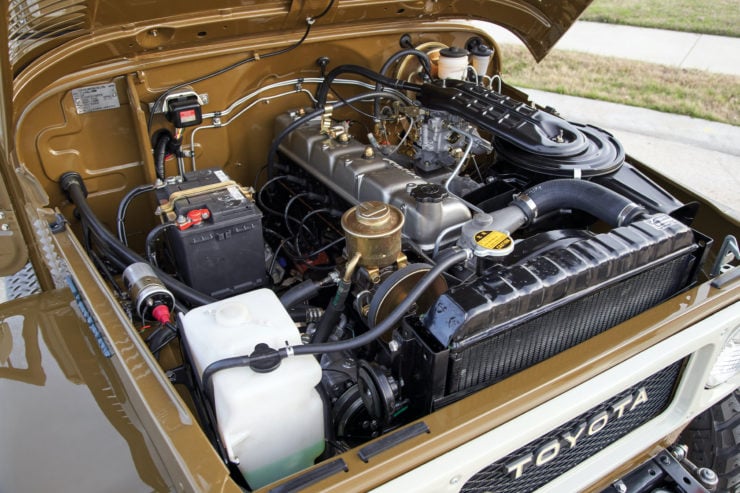 This FJ40 was disassembled completely and rebuilt using all restored or new parts to ensure it’s as good or better than it was from the factory. Its correct 2F 4.0-liter inline 6-cylinder engine has been rebuilt, as has its 4-speed manual transmission. It’s now fitted with Old Man Emu suspension and Dick Cepek Extreme Country tires wrapped around period correct Toyota steel wheels.

The classic car community seems to have discovered classic 4x4s over the past 10 years or so, and as you can image the values have been skyrocketing across the board.

If you’d like to read more about this FJ40 or register to bid on it you can click here to visit the listing, it’s due to cross the block with RM Sotheby’s in Arizona in mid-January. 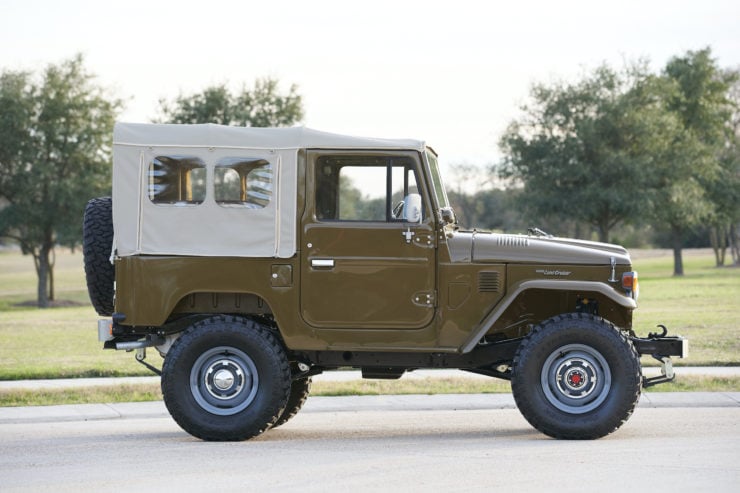 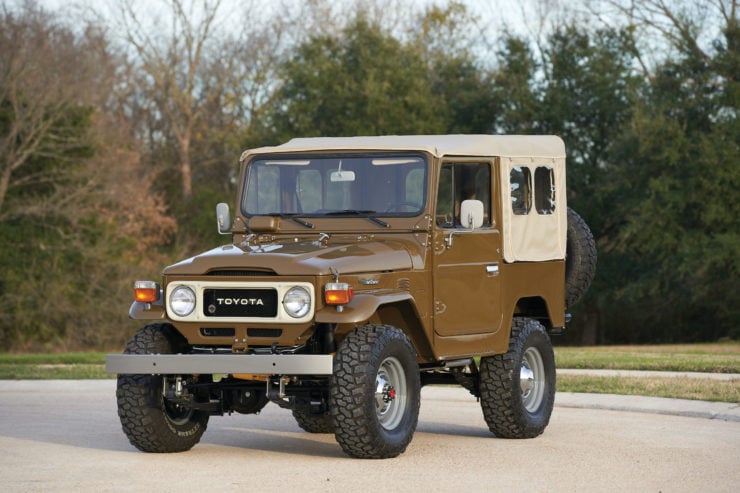 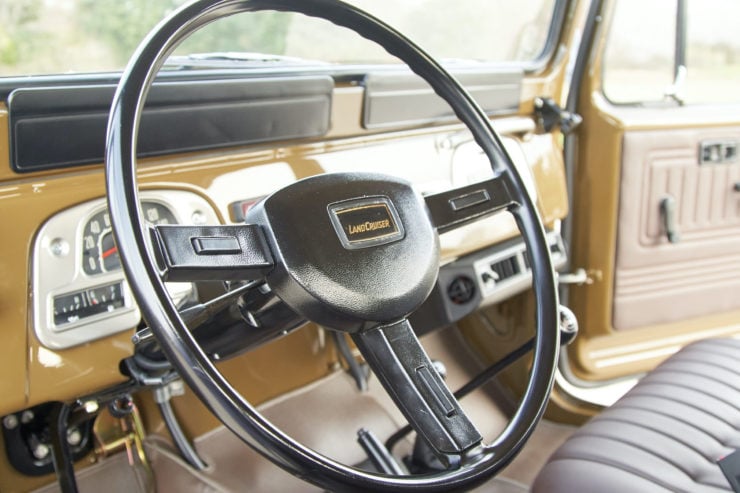 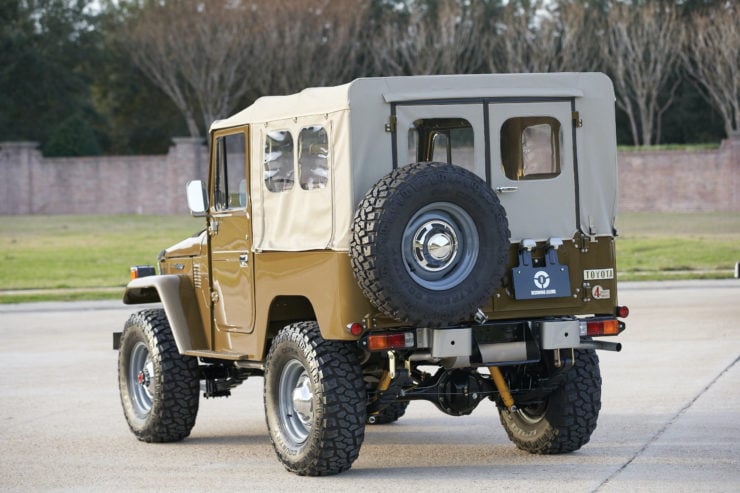 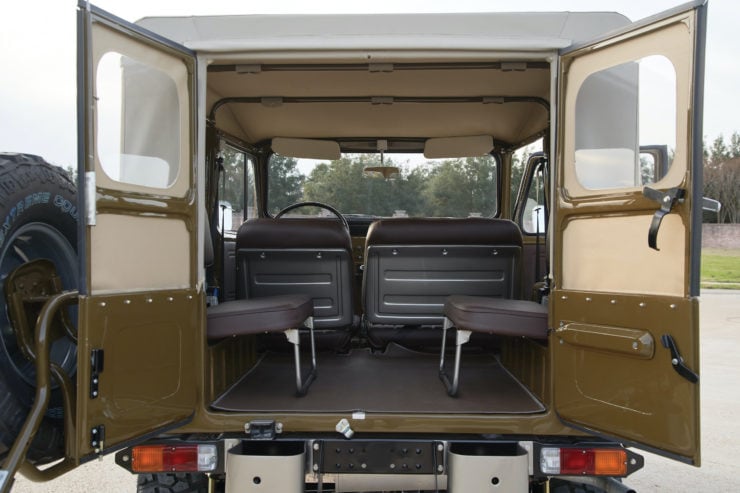 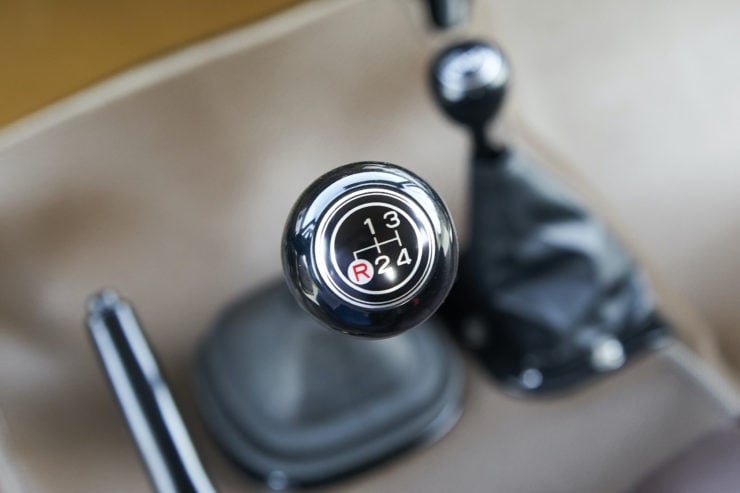 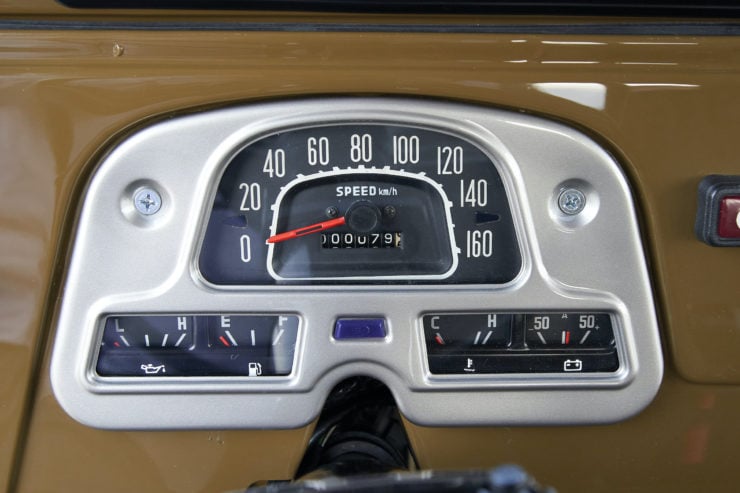 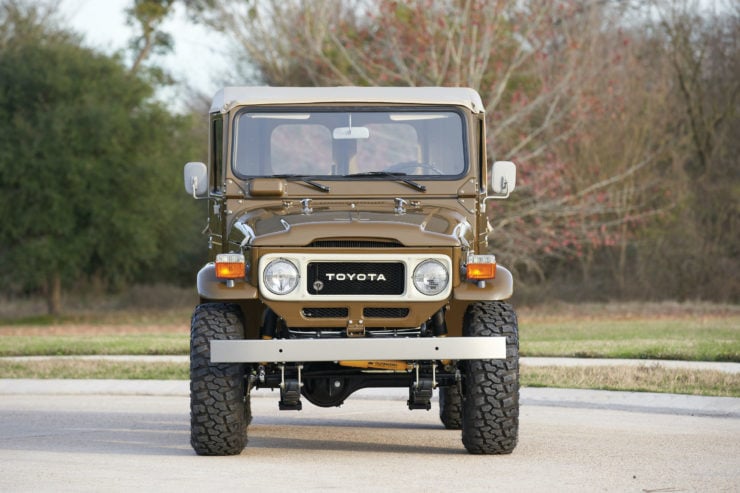 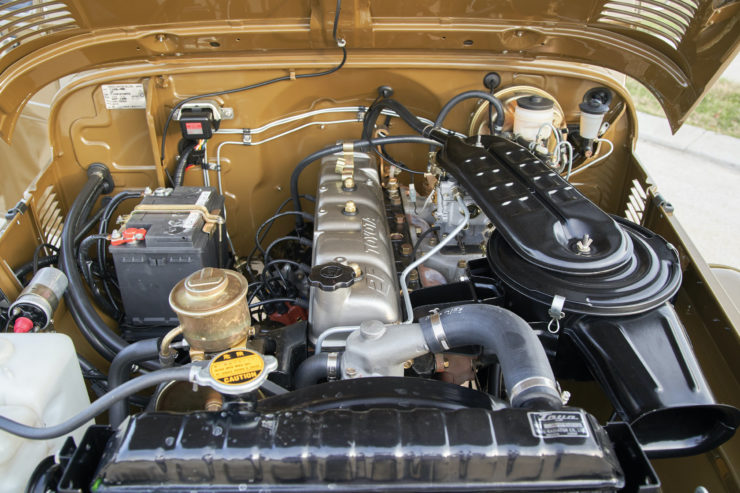 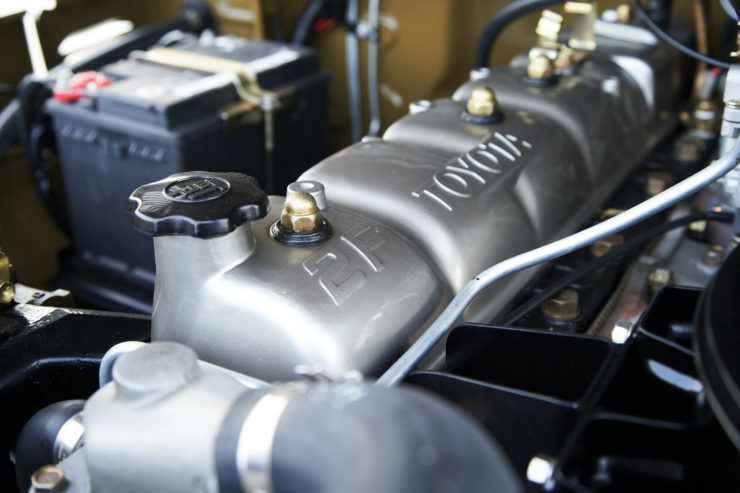 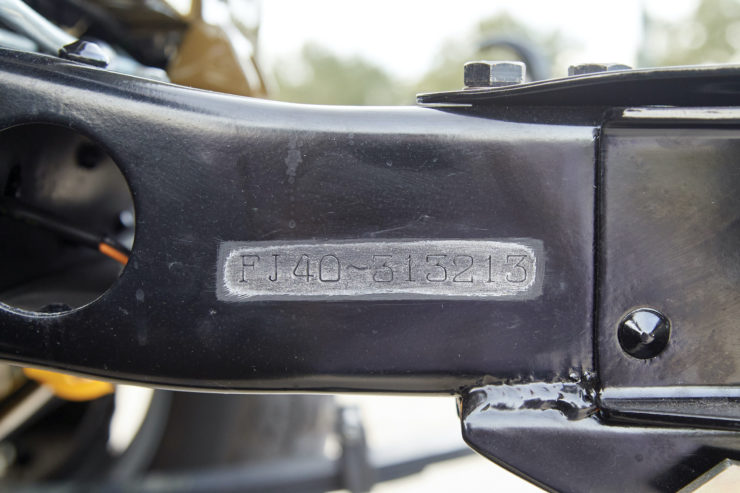 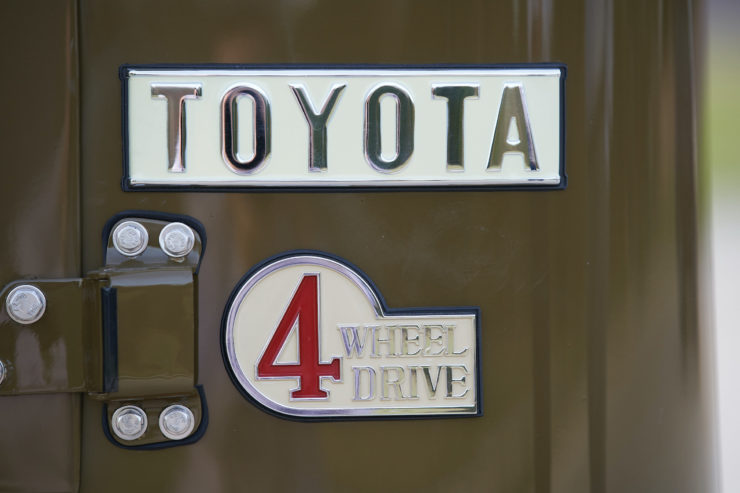 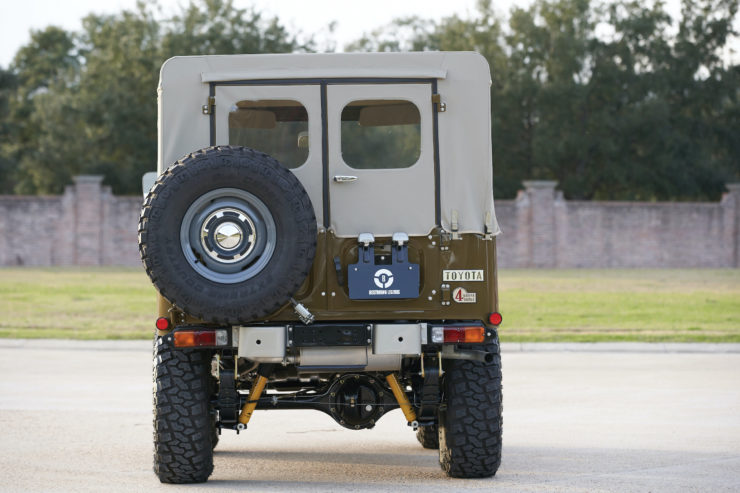 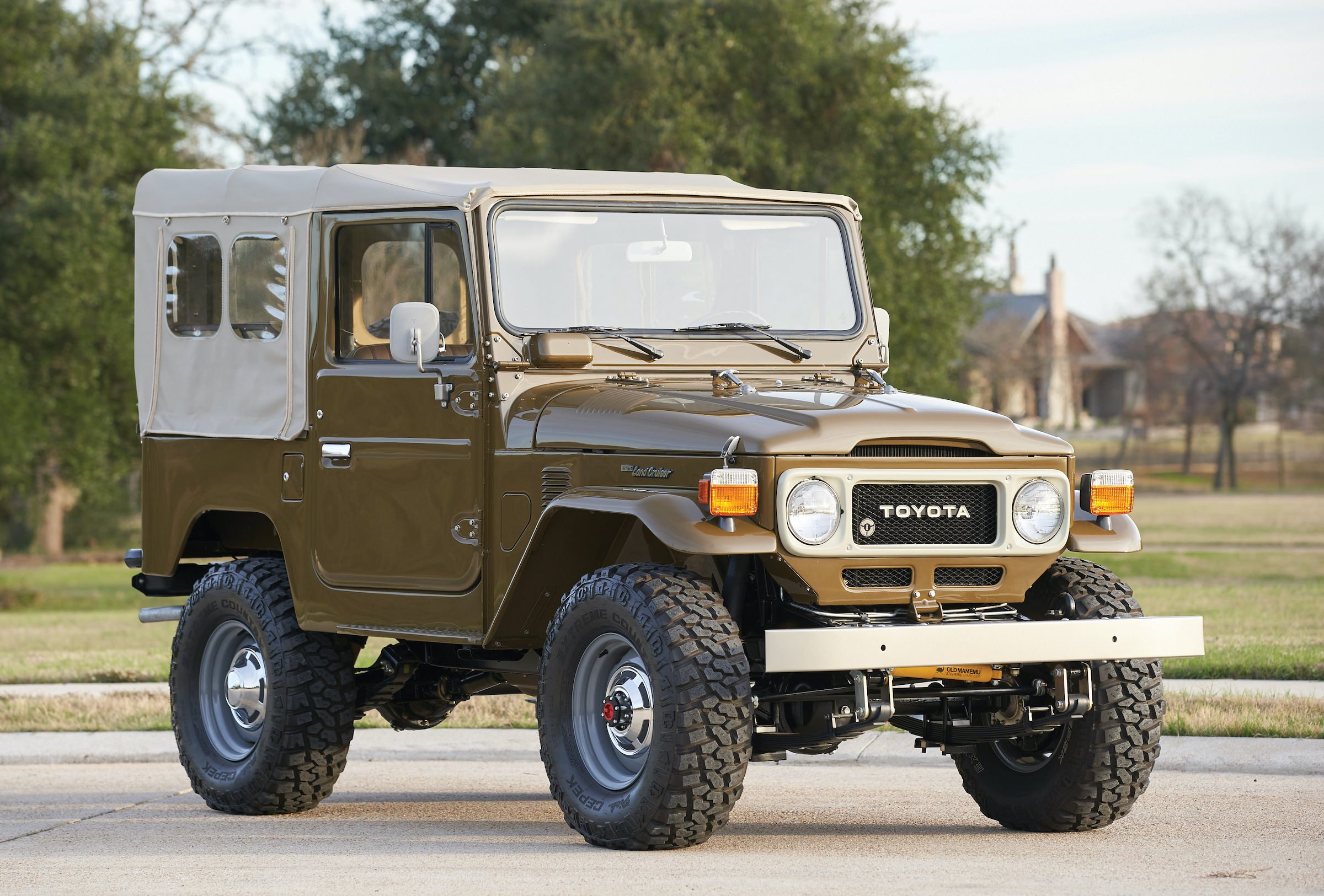