The Mercedes-Benz W123 300TD is remembered today as one of the toughest and most reliable vehicles of its age, they were commonly used as taxis due to the fact they could run up over 1,000,000 kilometres (621,000 miles) on the odometer without requiring anything more than scheduled maintenance.

The Mercedes W123 And The Record Breaking OM617 Engine

Many of these high-mileage vehicles would be shipped to developing countries in Africa after being retired from fleets in Europe, where they would carry on for decades longer. Mercedes of this era proved well-suited to the rough road conditions in many of the world’s less wealthy nations, and vehicles carrying the three-pointed star could be found across the Middle East, Africa, and South America carrying everyone from government officials and dignitaries, to taxi passengers and livestock.

The Mercedes-Benz W123 is an executive car released in late 1975 and sold until early 1986, it succeeded the Mercedes-Benz W114 model. It outsold it predecessor and became the Mercedes with the highest production numbers in history up until that point, with 2.7 million units sold worldwide. Many of these cars are still on the road – somewhere in the world.

Mercedes offered the model in a number of variations, the W123 was the four-door version and the most common, there was also a luxurious coupé – C123, a limousine – V123, chassis-only (for ambulances etc) – F123, the estate/station wagon -S123, and as a convertible. A variety of engines were offered ranging from a 2 litre inline-4 petrol unit all the way up to a 3 litre turbodiesel.

It would be this 3 litre, 5-cylinder turbodiesel that would win the W123 a lot of fans. The engine produced 123 hp at 4,350 rpm and 184 ft lbs at 2,400 rpm though the power output did vary somewhat over the production run. This engine was the Mercedes-Benz OM617 engine, it was regarded as one of the most reliable motors of its time, it was also installed in the tough 4×4 Mercedes G Wagon, and it would still leave many modern engines in the dust in the longevity stakes.

Interestingly it would be a highly modified version of the OM617 turbodiesel that would set a slew of world speed and endurance records when it was fitted to the Mercedes-Benz C 111 concept prototype. On the test track at Nardo in Italy over the space of 60 hours, four drivers would set no less than 16 world records, including 13 for diesel vehicles and three for cars with any type of engine – their average speed was 252 km/h.

Today the W123 remains a popular car with Mercedes enthusiasts, and the 300D version is prized for its engineering. As the cars now begin to fall into the classic category due to their advancing years we’re seeing people spend money on full restorations, something that was rare even just 10 years ago.

The Mercedes-Benz 300TD W123 Station Wagon you see here has recently been through a comprehensive restoration, including a full new interior reupholstering, which cost $14,900 USD on its own. The total cost of the restoration was over $31,000 USD and there are detailed receipts and invoices in the history file.

In the USA the European estate body style is typically referred to as a station wagon, this car is just such a model, with five doors and a lifting hatch at the back. It still has its original 300D turbodiesel engine and its 4-speed automatic transmission, a new air conditioning system by Custom Car Cool in Houston was fitted, and the car benefits from a fresh engine and glass-out respray.

Bonhams will be offering the car in mid-January, the estimated value is between $35,000 to $45,000 USD, if you’d like to read more about it or register to bid you can click here to visit the listing. 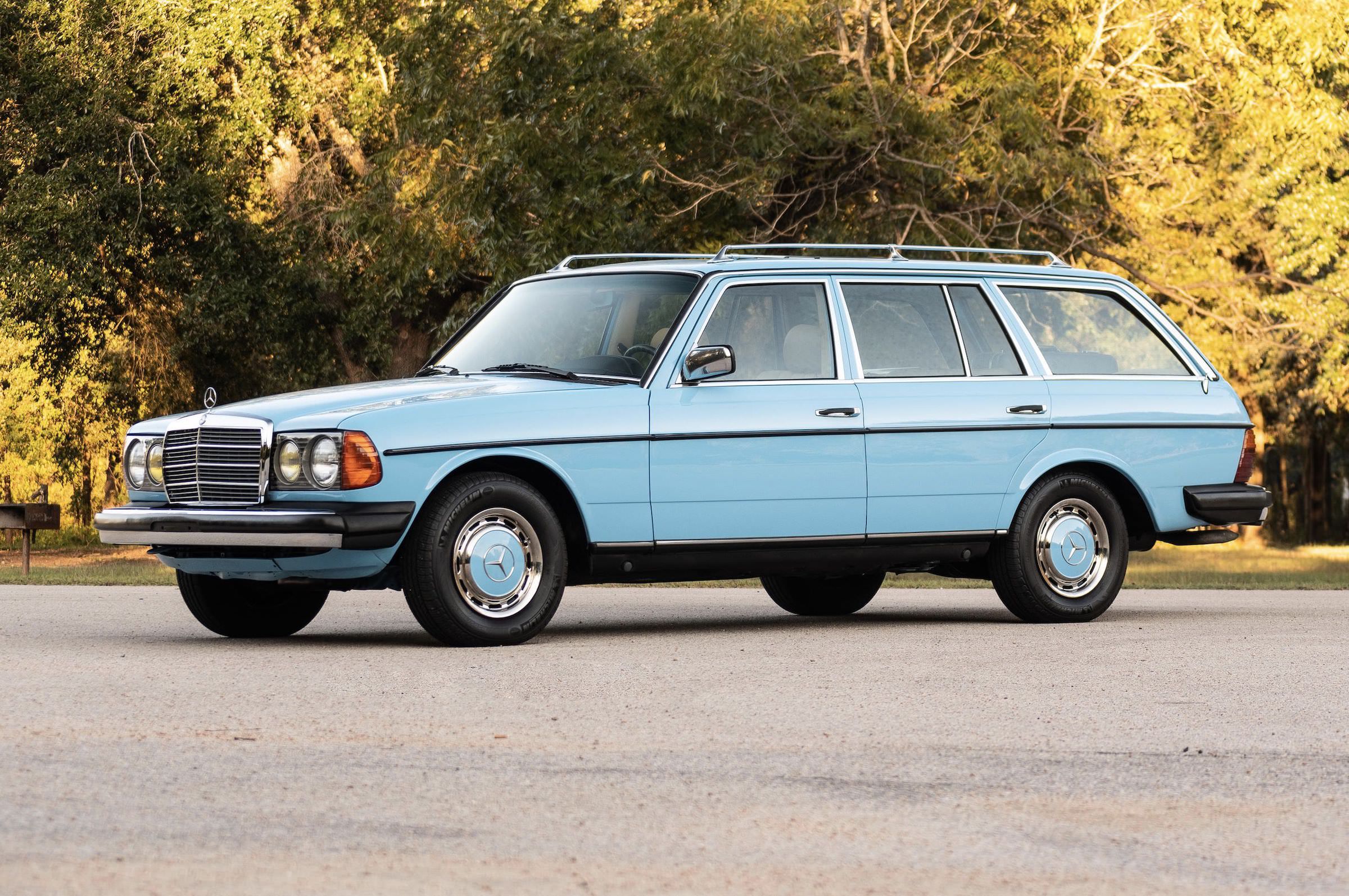