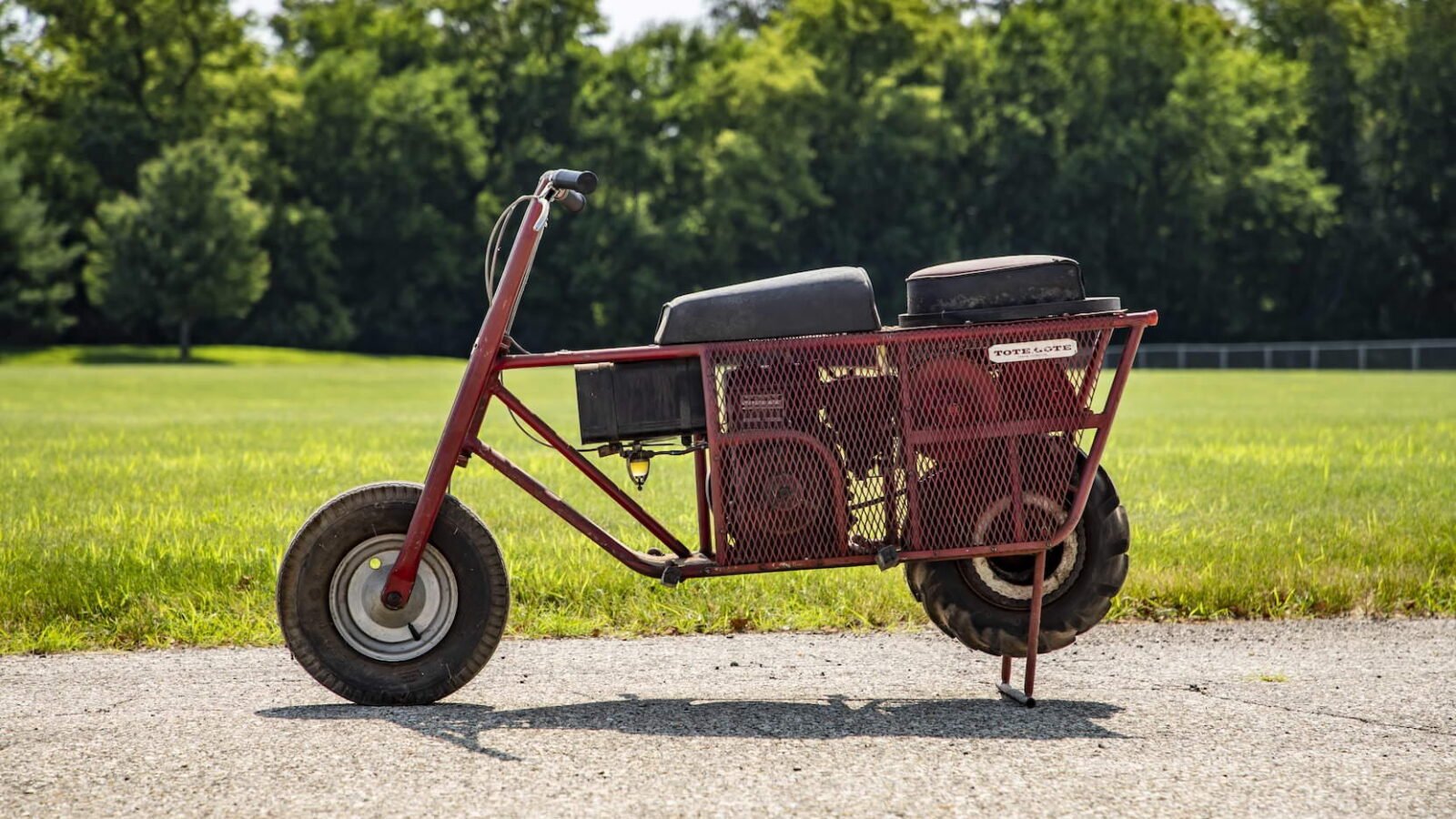 In the mid-1950s Ralph Bonham grew tired of returning from hunts in the Utah mountains absolutely exhausted. Successful hunts were worse in a way, because he’d be carrying his game as well as his rifle, ammunition, water, and supplies.

He began to toss around ideas for an inexpensive and tough motorcycle that would be able to tackle the mountainous terrain with enough gumption to carry both himself and his game.

The name “Tote Gote” was chosen because the bike was designed to tote people and their gear, and it needed to be as tough and capable as a mountain goat. 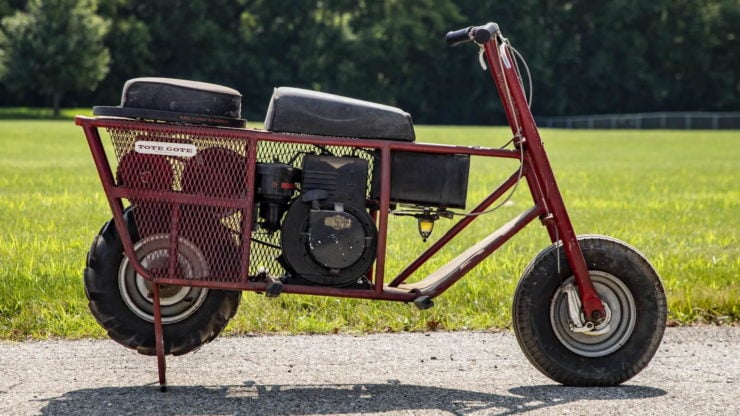 He quickly settled on a simple steel tube frame that surrounds the engine, the sides of the frame have steel mesh in sensitive areas over them to keep plants and other debris from getting into the engine and drive line.

The frames were painted using a low pressure flow of paint, each frame was suspended over a paint tub and hoses sprayed multiple coats onto each one. This was intended to improve rust resistance and ensure the steel frames would survive for decades.

Bonham chose large tires for the little bike to offer both great traction over rough terrain and some small amount of suspension from the tire’s sidewalls. Other than this there was no other suspension to save on weight, cost, and complexity.

Briggs & Stratton engines were favoured due to their reliability and popularity – spare parts would always be easy to come by even decades later. Engine power did vary somewhat, early models were offered with 3 and 6 hp motors but later versions had up to 7 hp.

By 1958 the Tote Gote was in full production, it proved popular across North America with hunters, adventurers, farmers, forestry workers, and even college students for use getting around campus. 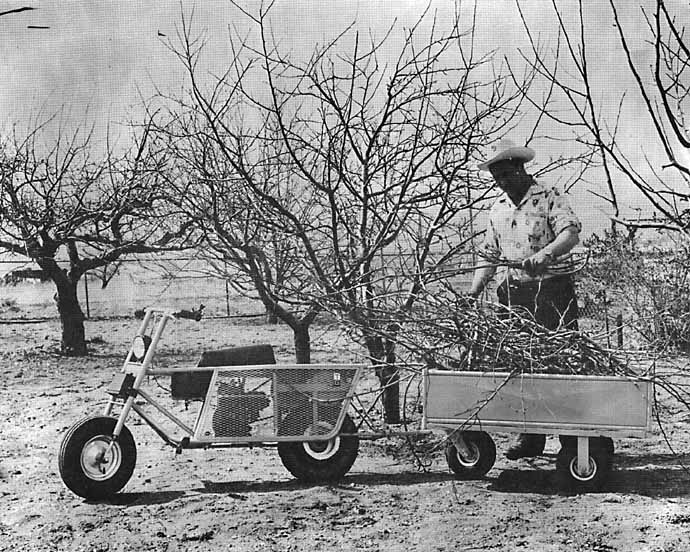 Simple flatbed trailers were developed for the Tote Gote for use by farmers. These essentially fulfilled the role that quad bikes would fill many decades later, providing farmers with a simple, small vehicle that could manage many tasks around the farm.

Tote Gote clubs were formed across the USA, they organised cross-country racing events on weekends and by the look of some of the footage, they weren’t messing around.

The Tote Gote would remain in production from 1958 till 1970 when the flood of cheap Japanese trail bikes finally overwhelmed the company. Today the surviving examples of the Tote Gote are much loved by their owners and there are clubs, forums, and websites dedicated to them and their history.

The original, unrestored Tote Gote shown here is fitted with the 5 3/4 hp Briggs & Stratton engine and it’s finished in red as almost all of them were. The frame appears to be largely rust free which is a testament to the original painting method.

Although it’s impossible to tell from images, it does look like this example would need minimal work to get back into usable condition so long as the engine and transmission is in as good a condition as the rest of it.

If you’d like to read more about this bike or register to bid on it you can click here to visit the listing on Mecum. 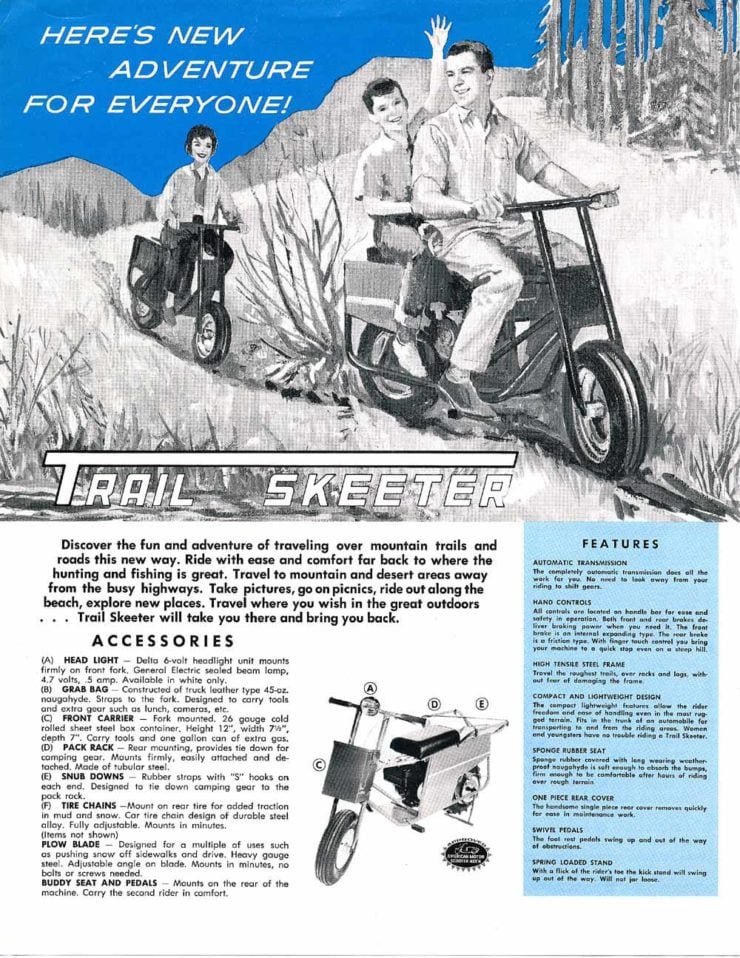 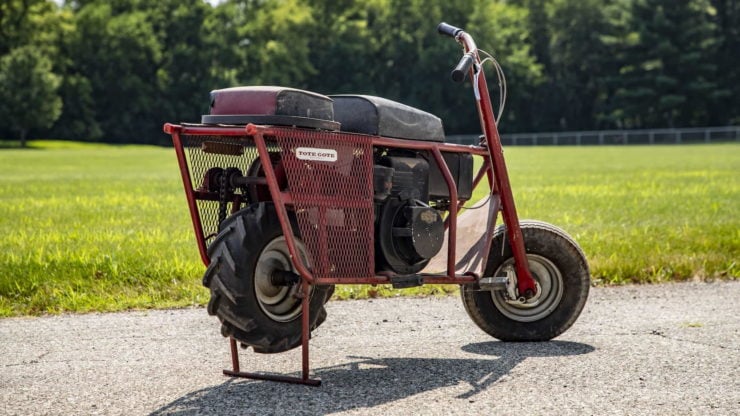 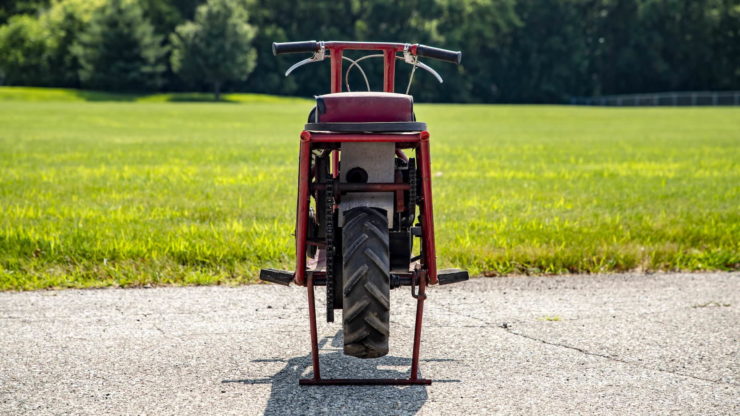 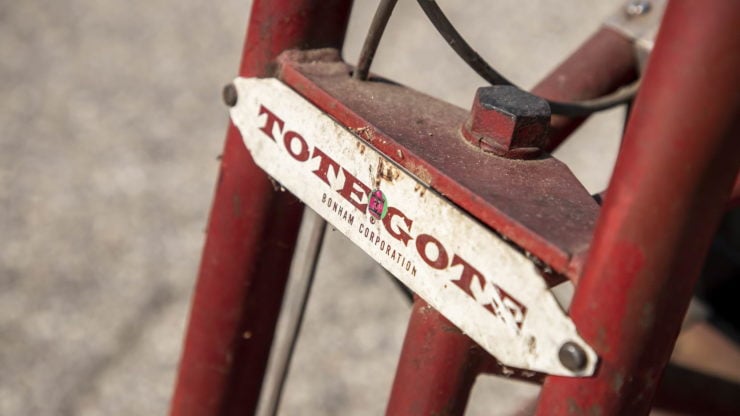 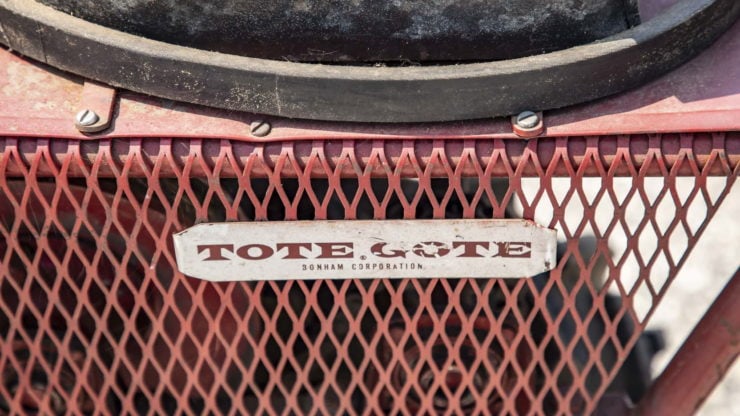 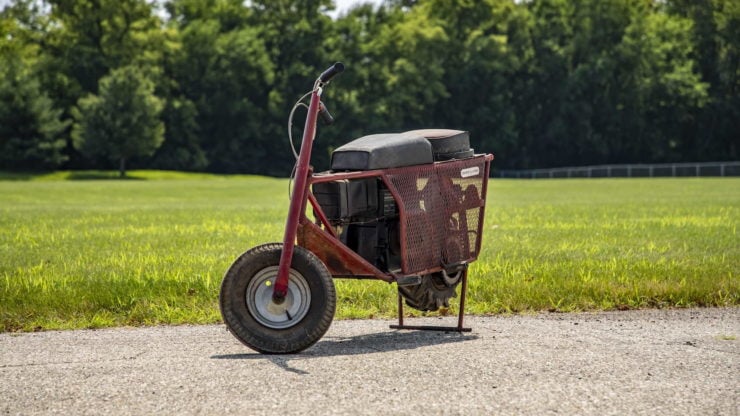 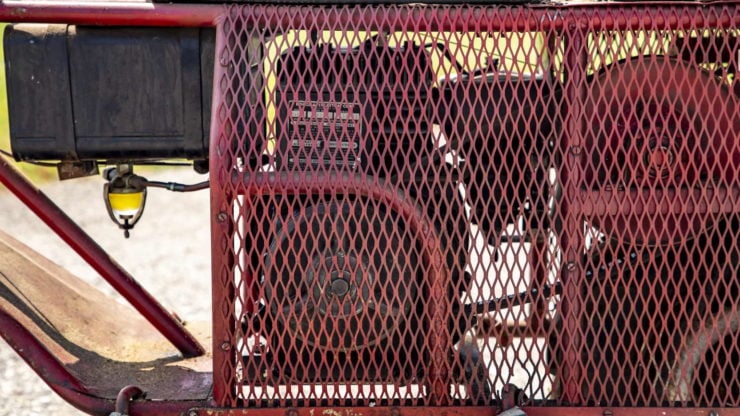 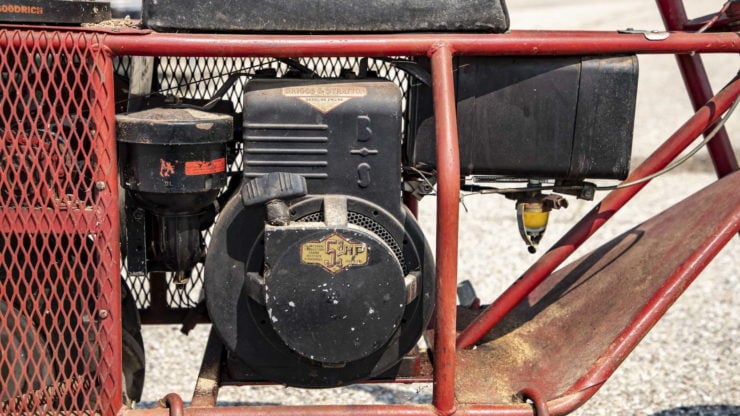 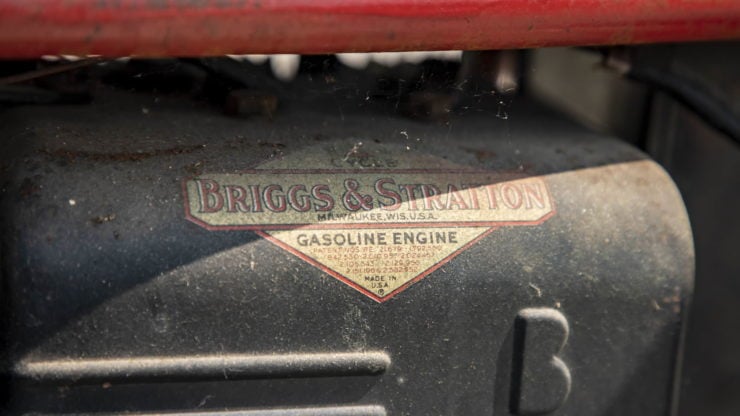 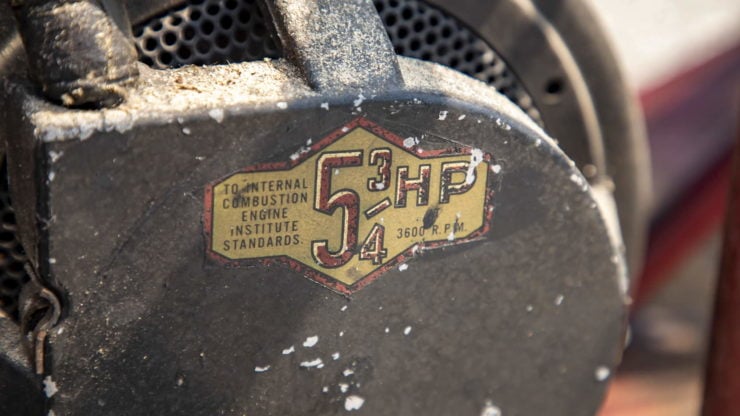 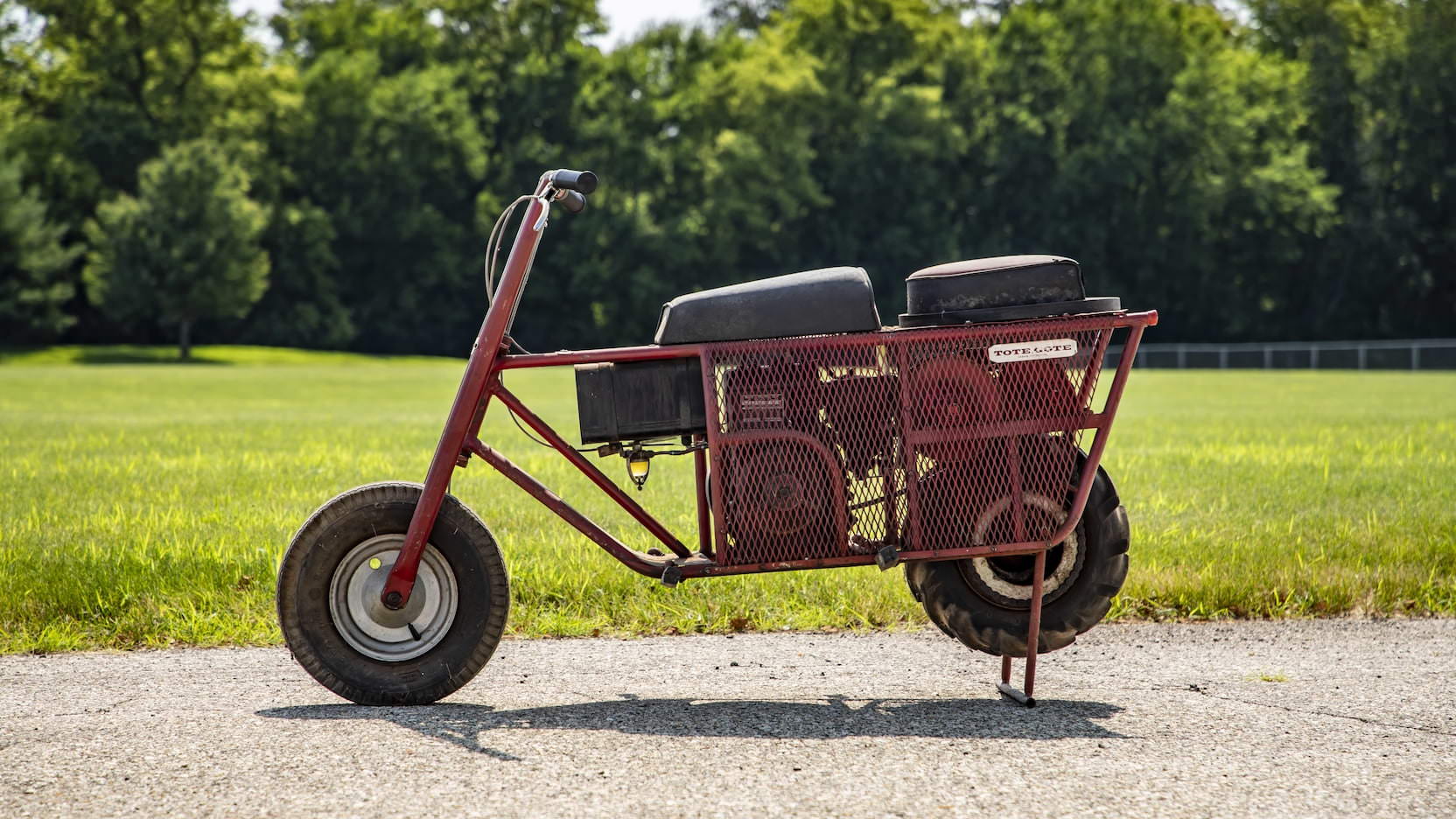