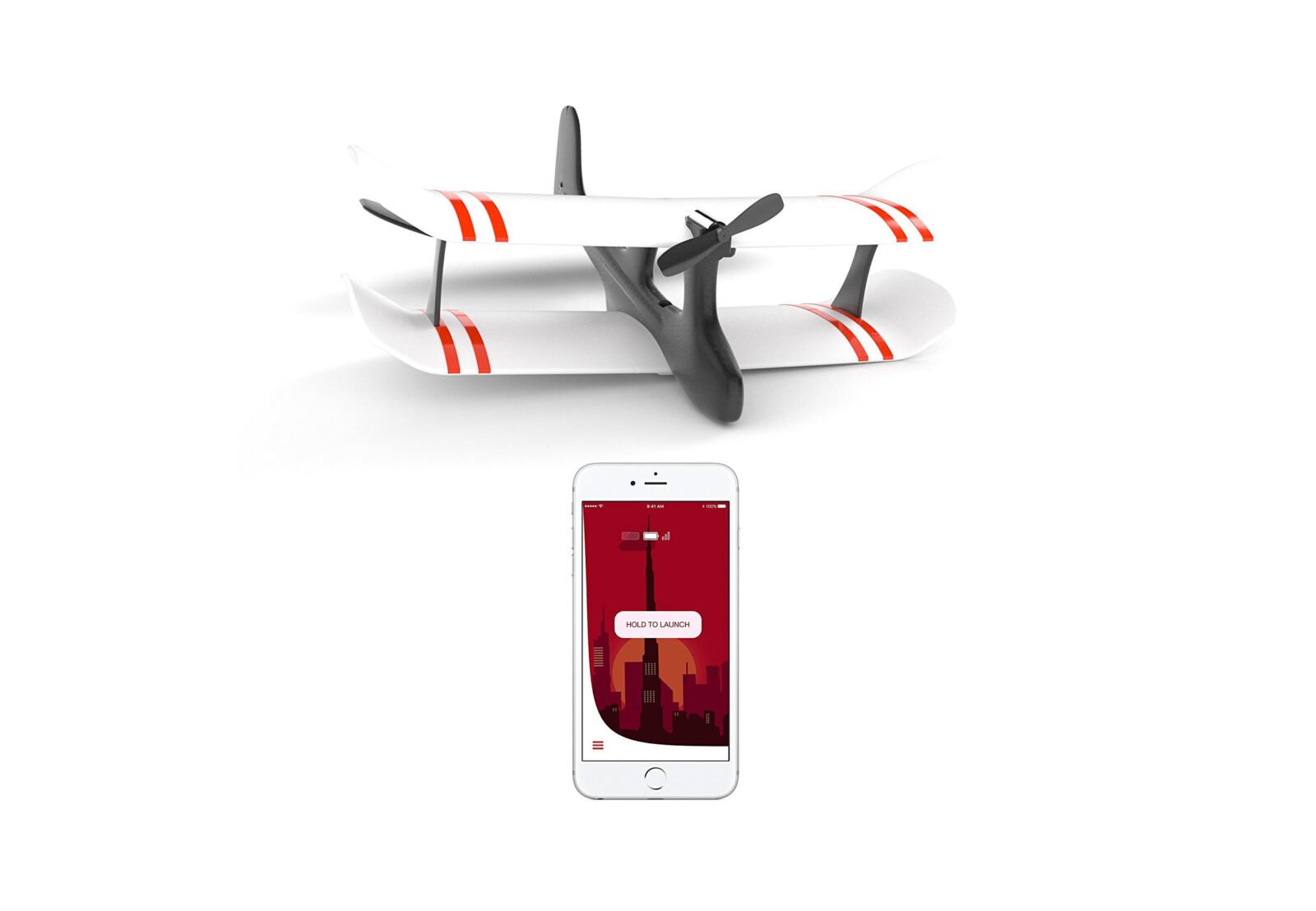 The TobyRich Moskito is a $49.98 USD remote controlled airplane that you pilot using an iPhone, iPad, or Android smartphone. It wasn’t that many years ago that R/C aircraft were an expensive hobby enjoyed by relatively few – with a significant barrier to entry thanks to the fact that it was commonplace for rookie pilots to crash their planes beyond repair.

Thanks to advances in technology we now have planes like the the TobyRich Moskito that cost next to nothing, have a range of 200 ft, 12 minutes of continuous flight time, and a quick-recharge lithium-ion battery.

Once you have the app downloaded and the plane charged, you launch it by throwing it into the air, then control it by either tilting your mobile device left/right/up/down, or by using the included smartphone joystick.

The app includes interactive flight school tutorial that guides you to complete airborne challenges, it’s ideal for both indoor and outdoor flight, and it has 3 difficulty levels to work your way up to expert maneuvers.

Each Moskito comes fully assembled and ready for flight, and for night-flying it has 5 LED blinking light patterns for visibility — standard, always-on, airplane, police, and firefly. 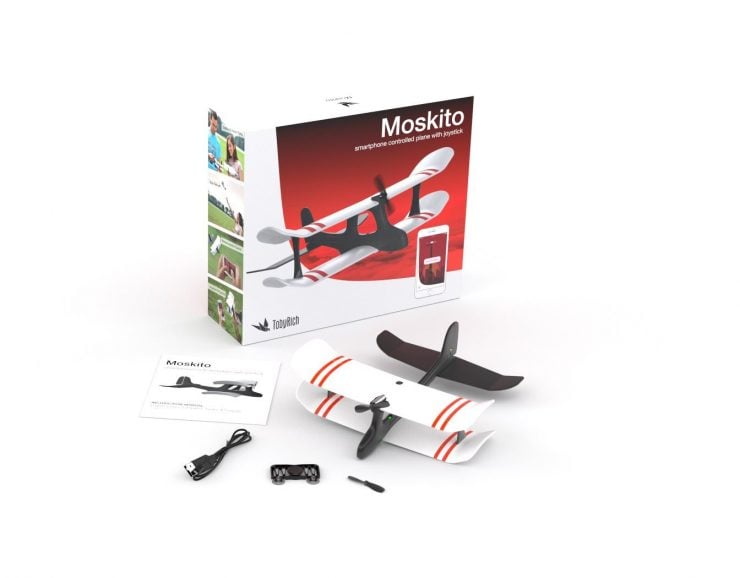 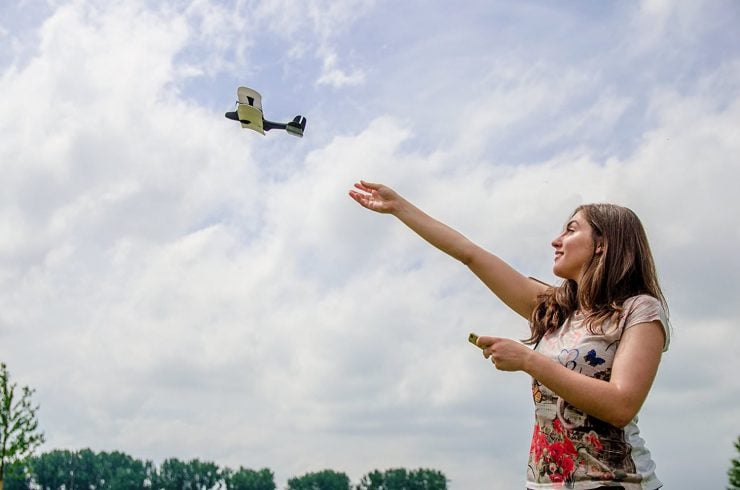 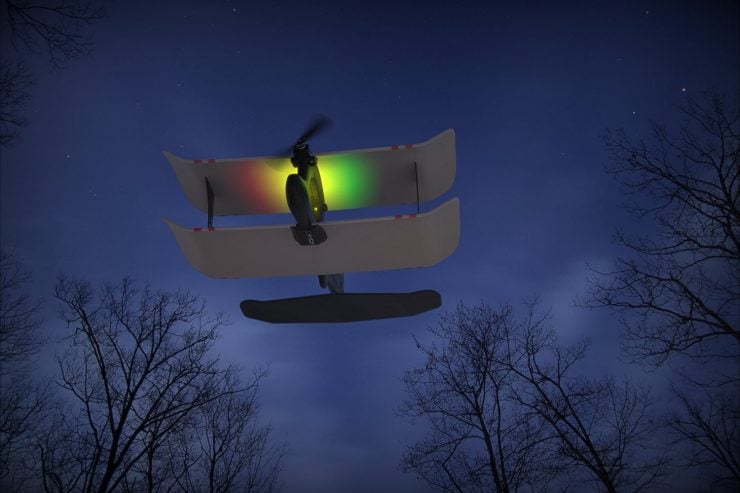 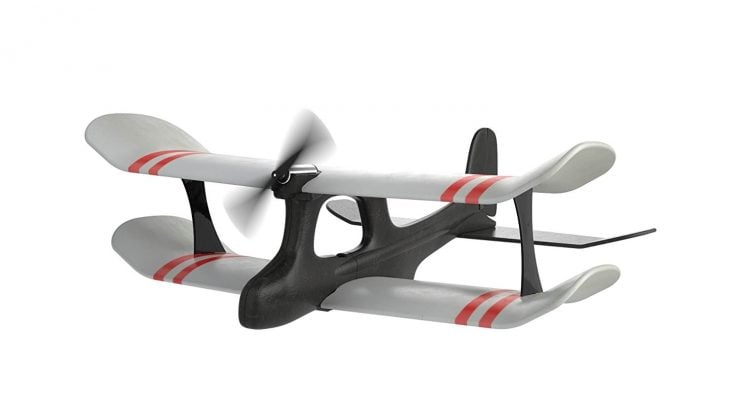 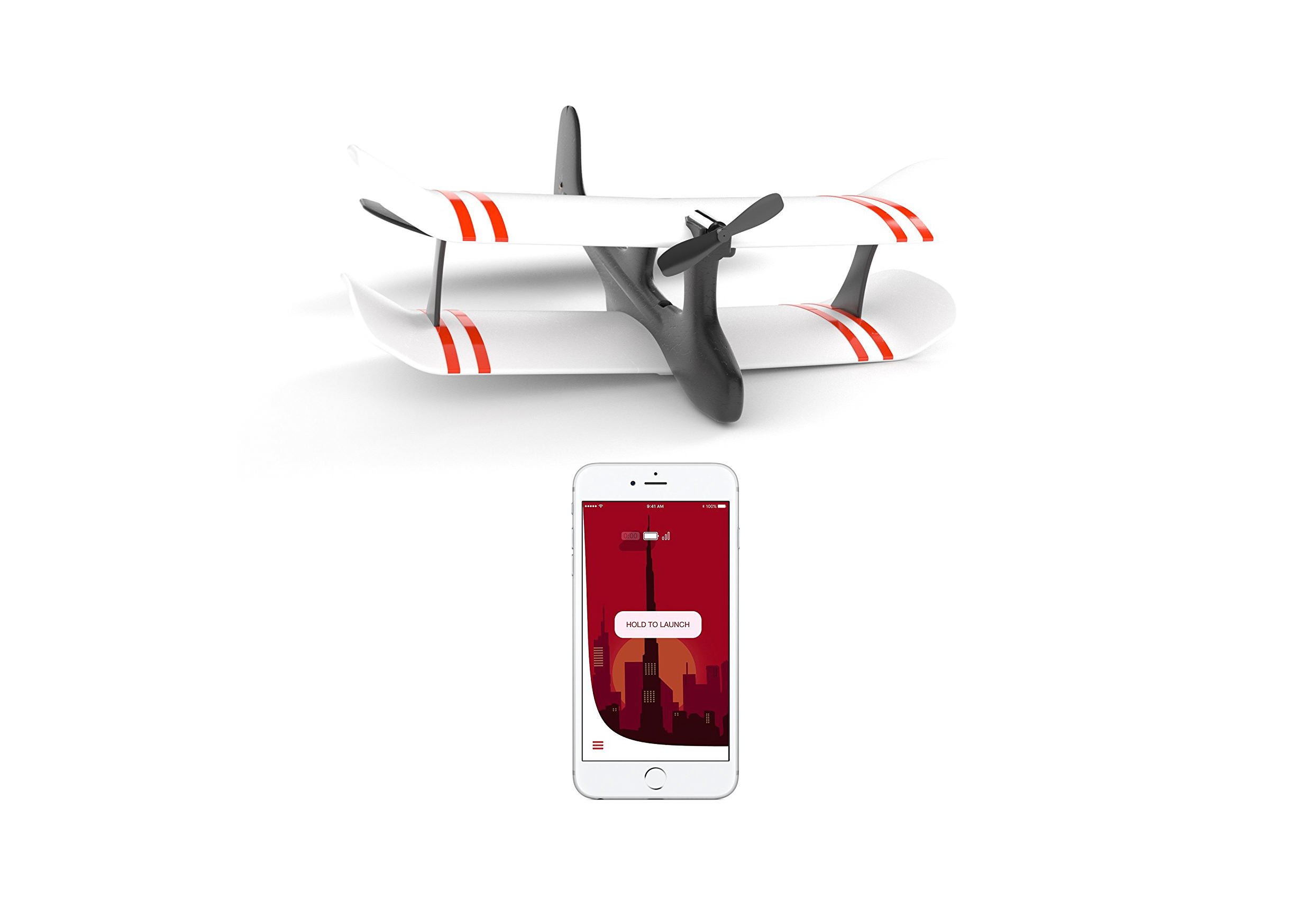