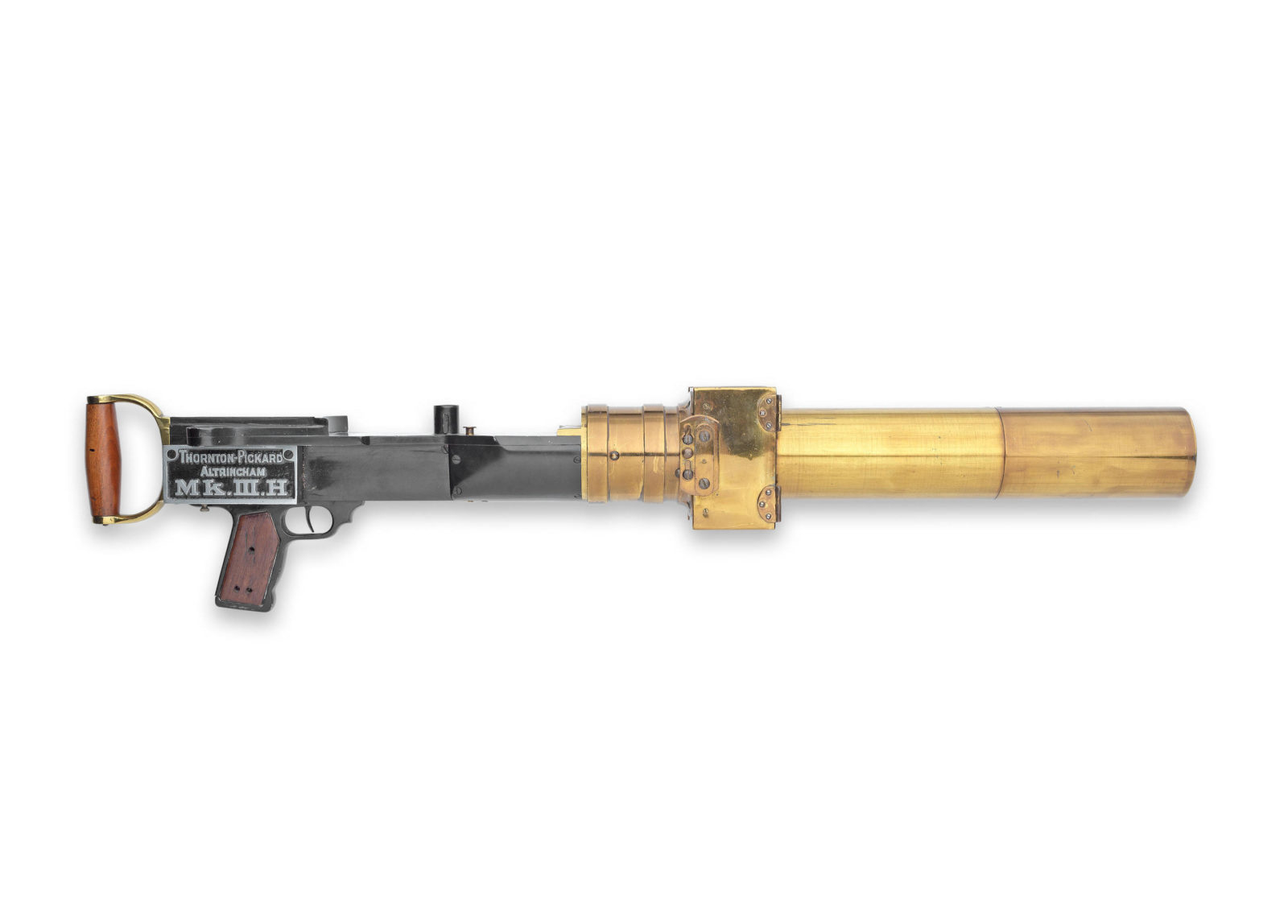 This is a Thornton-Pickard “Machine Gun Camera” from the 1930s, and as the name suggests it’s a camera in the shape of a machine gun. Or perhaps more accurately, it started out as a machine gun and was converted into a camera.

If you’re wondering why anyone would take a perfectly functional firearm and turn it into a camera, well so was I, after some digging it turns out they used to use these for training new machine gunners starting in WWI.

The camera has a magazine containing a 14 exposure roll of 120 (2 1/4 inch x 1 3/8 inch) film, when the operator pulls the trigger it “fires” once for each exposure and a mechanism pierces the film with a small hole to show what they were aiming at.

This was particularly useful for training air-to-air aerial machine gunners, who obviously couldn’t train with live ammunition on real aircraft. 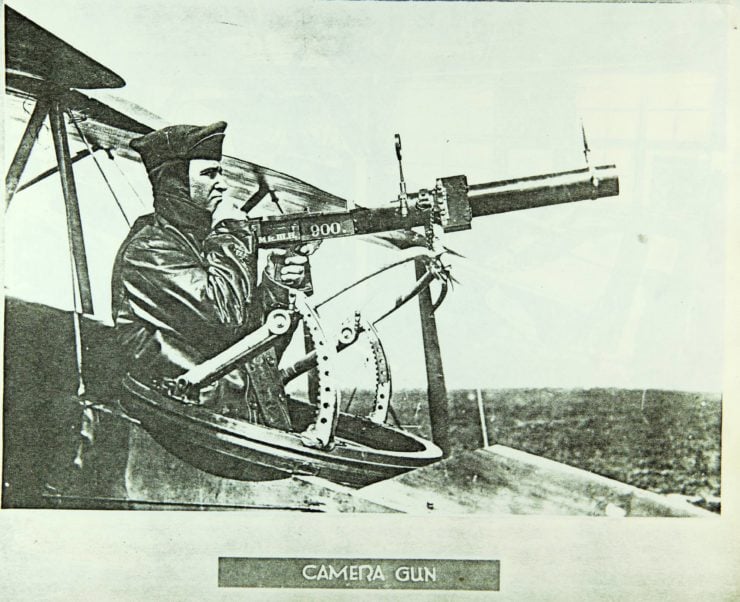 This image shows a similar type of machine gun camera that was in use at the 2nd Aviation Instuction Center A.E.F. in France during WWI. Image courtesy of the San Diego Air and Space Museum Archive.

The guns were originally designed by the RFC Machine Gun School in 1916 and they were manufactured by British camera maker Thornton-Pickard on the chassis of a Lewis machine gun. The original machine gun action and barrel were removed in this process, meaning that it’s no longer a functional firearm.

Officially known as the Thornton-Pickard Hythe Mk III H camera, each was fitted with a brass film box which is hinged on the side, this allows the quick replacement of film rolls when required, and the lens for the camera is mounted about 120 mm from the muzzle.

This example of the Thornton-Pickard “Machine Gun Camera” is due to be offered for sale by Bonhams at the Instruments of Science & Technology auction in Knightsbridge, London on the 28th of September with a price guide of £800 – £1,200 or approximately $923 – $1,384 USD. 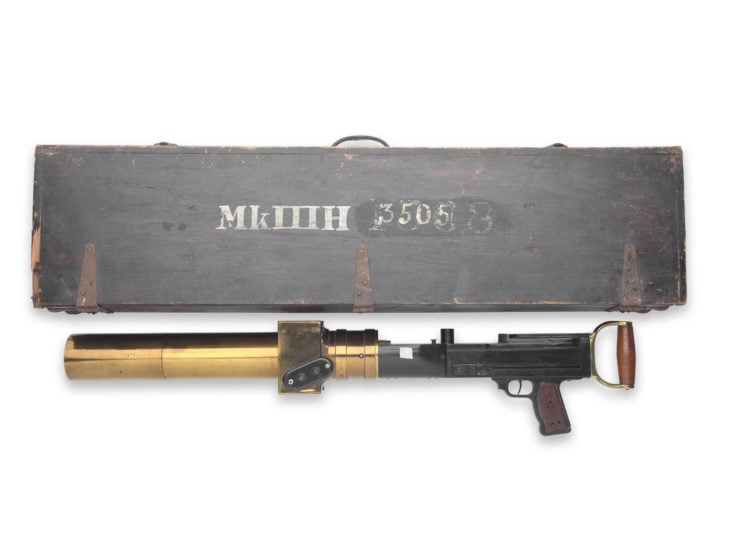 The camera gun comes with its original wooden carry case.