This is the the Ka-Bar Wrench Knife, it’s designed as an everyday-carry knife that’s perfectly suited to everything from opening Amazon packages to other odd jobs around the house, workshop, or garage.

The Wrench Knife quickly became a best-seller after its introduction a couple of years ago, it features full 425 high-carbon stainless steel construction and it measures in at 7.125 inches with a 3 inch blade length.

Ka-Bar is one of the most well-known names in knife making largely thanks to the combat knife they make that was adopted by the United States Marine Corps in late 1942 for use during World War II.

Originally known as the 1219C2 Combat Knife it was later designated the USMC Mark 2 Combat Knife. Countless examples of these knives would be made for US servicemen, initially for use in WWII however the knife remained in service through the Korean War, Vietnam War, both Iraq Wars, and the war in Afghanistan.

The Ka-Bar Wrench Knife measures in at 7.125 inches long with a 3 inch blade length, it comes with a hard black plastic sheath for safety, and it has an MSRP of $42.72 USD.

The unusual company name “Ka-Bar” is said to have come about when the Union Cutlery Company received a letter from a a fur trapper who had used one of the company’s knives to kill a wounded bear which had attacked him when his rifle jammed.

Legend has it this letter was only partially legible but the letters “ka bar” could be read, as fragments of the phrase “kill a bear.” The company adopted the name KA-BAR as its trademark in 1923.

Each Ka-Bar Wrench Knife comes with a hard black plastic sheath for safety, the knife has a Rockwell Hardness rating of 56-58, each one is made in the United States, and the MSRP is $42.72 USD. 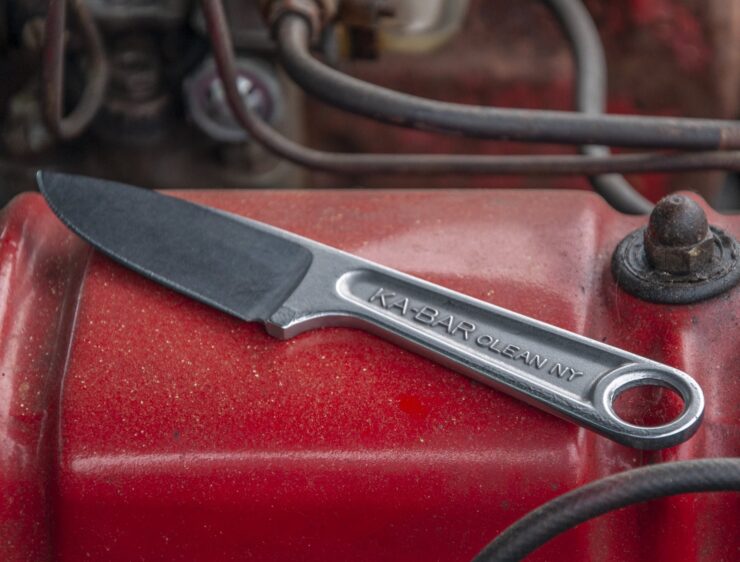 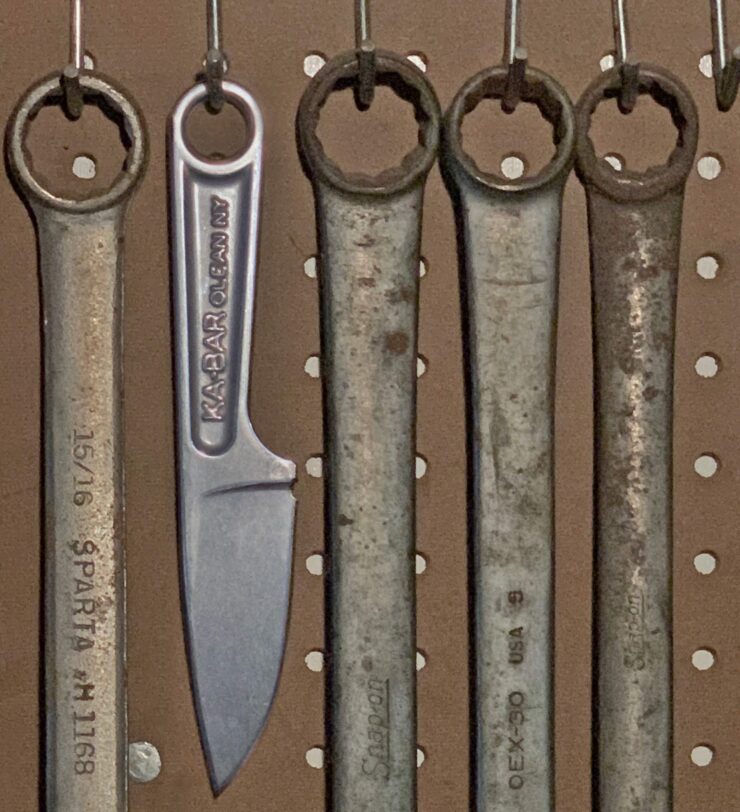