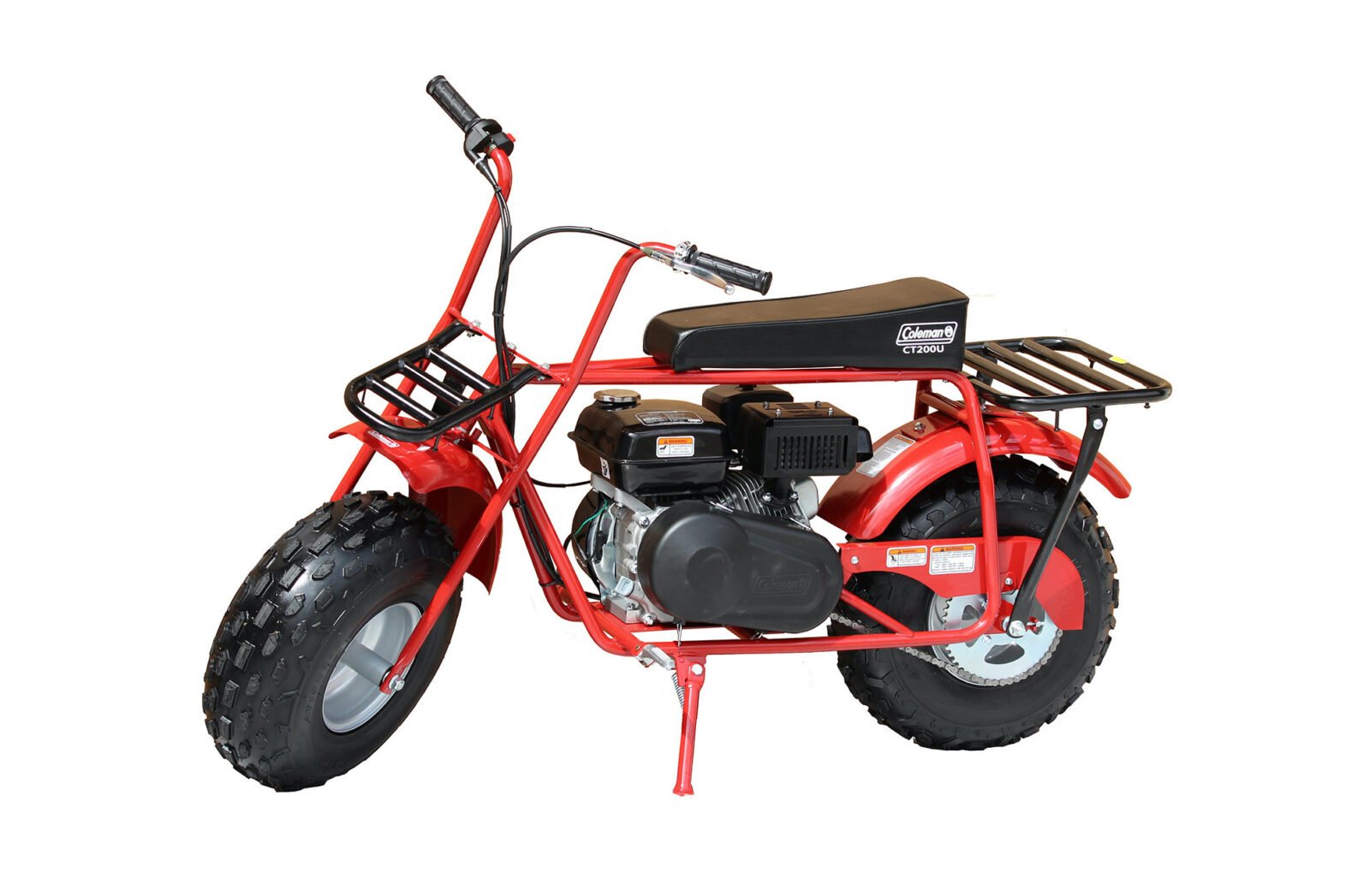 The Coleman CT200U mini bike was developed in the style of classic American mini bikes from the mid-20th century, a simple form of two-wheeled motorized transport that would be the first stepping stone for many budding motorcyclists. Although originally intended for kids, mini bikes became popular with adults as well who loved their easy to ride nature, low cost, and low speed thrills.

Simplicity is key with any good mini bike, and so the Coleman CT200U has no manual transmission, a single-cylinder, air-cooled motor, a single (rear) drum brake, and no suspension – just big low pressure tires to soak up bumps and provide excellent traction on all surface types. 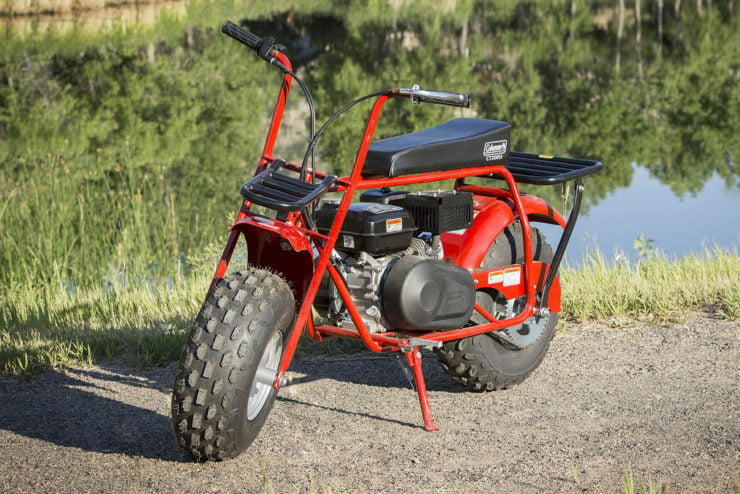 The frame is a tubular steel duplex cradle that surrounds the four-stroke 196cc motor, the fuel tank sits on top of the engine. It carries .95 gallons (3.6 litres) of fuel and the engine produces a maximum of 3 hp making ideal for use in backyards, on fire trails, campsites, and on rural properties.

Coleman gave the CT200U a long flat seat that allows riders to shift their weight forwards or backwards to stay balanced on undulating terrain, and there are small cargo racks front and back for carrying supplies. The total weight of the bike is 138 lbs (63 kgs) and it has a load carrying capacity of 220 lbs (100 kg), with 5.5” (14 cm) of ground clearance, an overall length of 60” (152 cm), and an overall height of 27″ (67 cm). 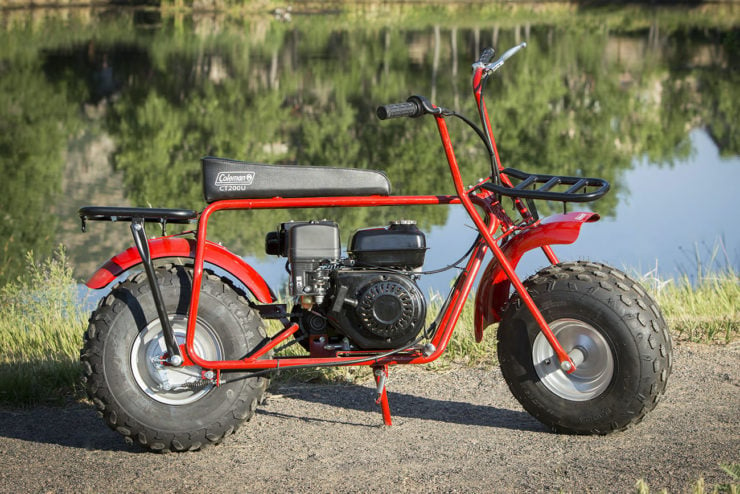 The total weight capacity will suit all children and many adults, the top speed isn’t listed but the relatively subdued horsepower figures will more than ensure that a speed limiter isn’t needed. Rather than adding the cost, weight, and complexity of a battery and starter motor the Coleman CT200U uses a simple pull starter that can be operated without too much muscle power, meaning many kids can operate it largely independently.

Coleman offer the mini bike in three colorways: red (shown here), camouflage, and black. The camouflage version is popular with hunters and outdoors people who want to blend in better with the flora and fauna. Regardless of your color preference they cost $599 USD each and you can order yours directly from Coleman here. 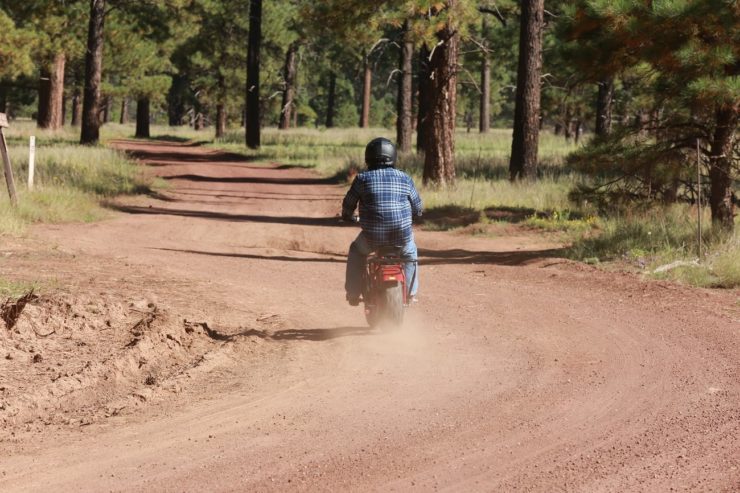 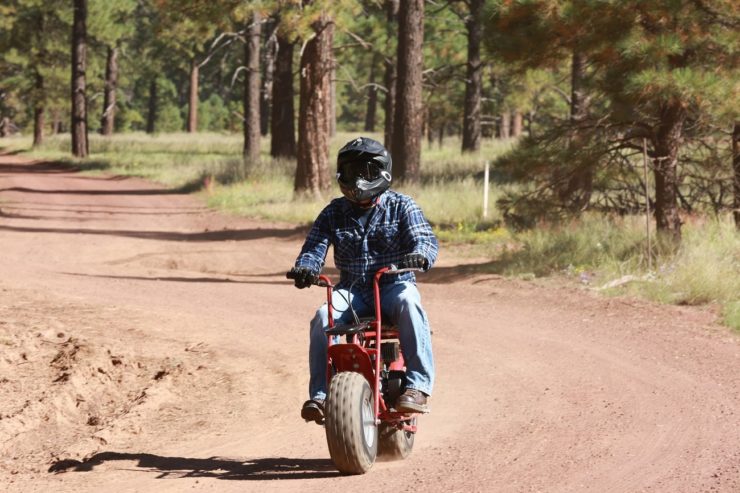 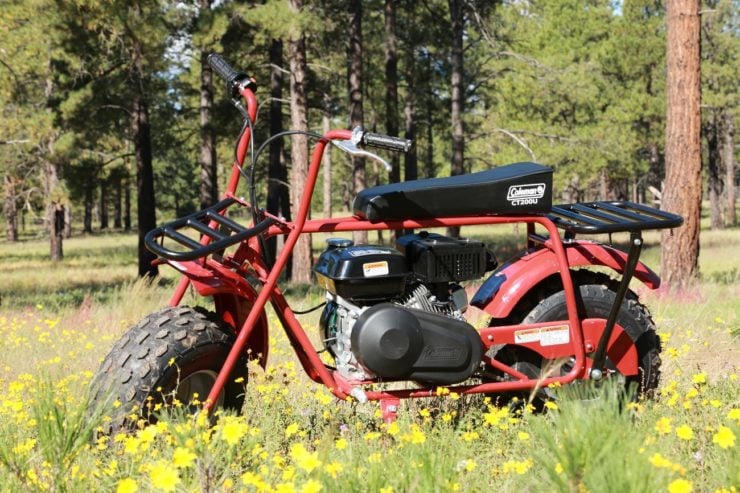 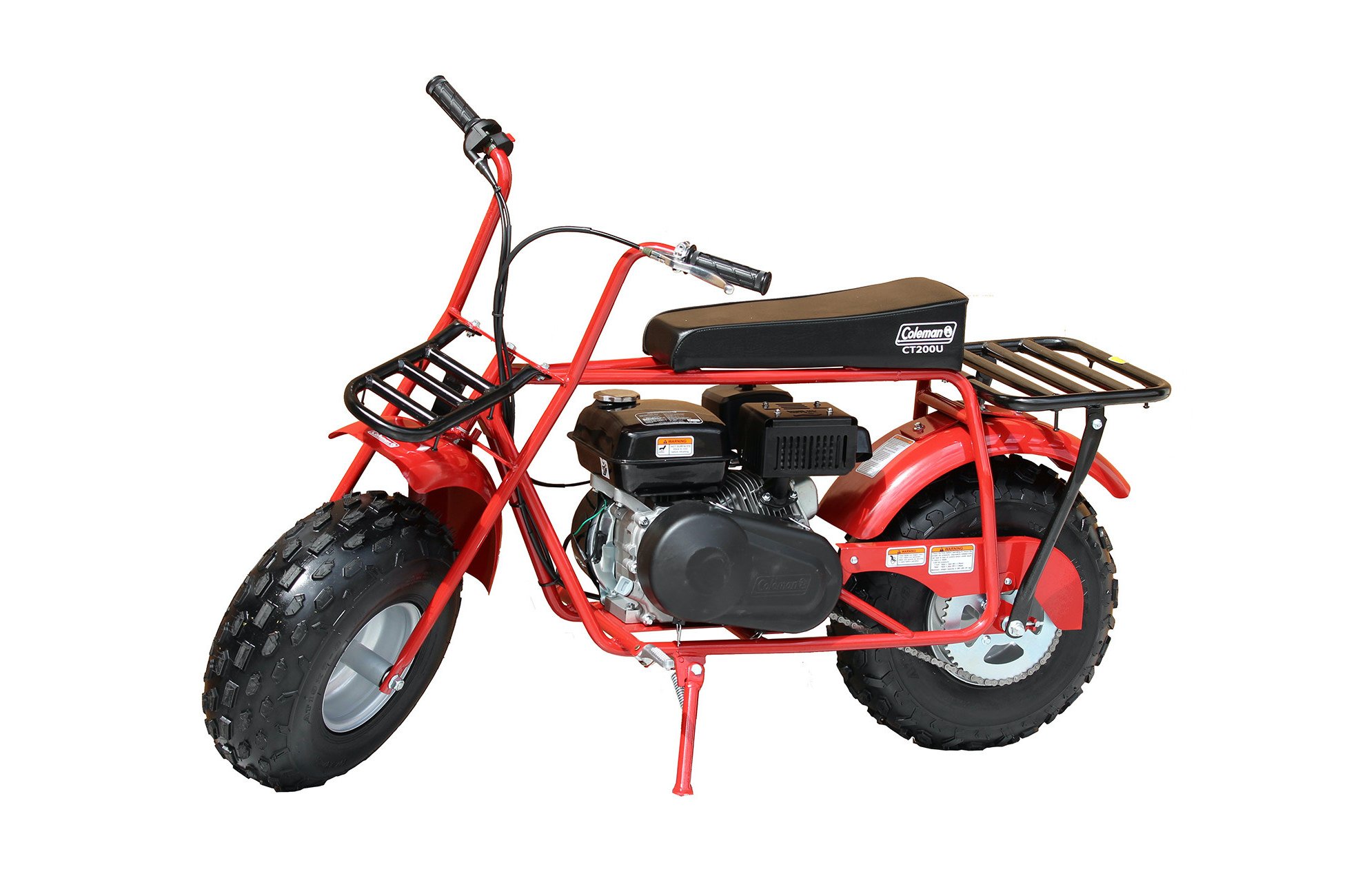