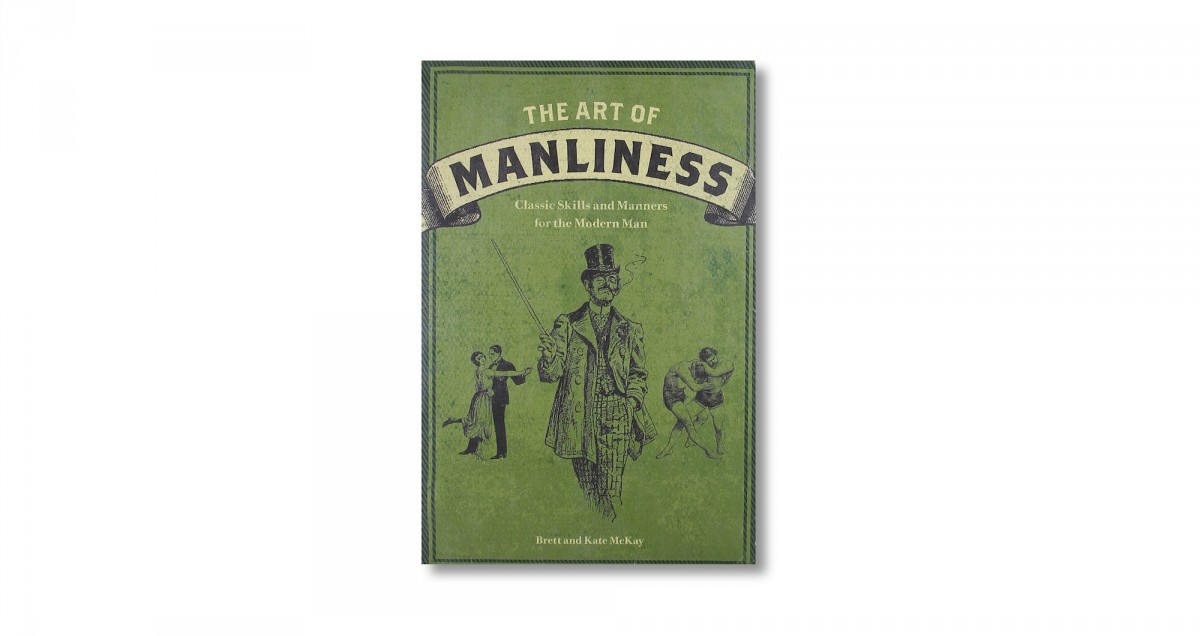 The Art of Manliness is a book by Brett and Kate McKay – the couple behind the fantastic and hugely popular website of the same name. The book is an essential read for any modern gentleman, it’s also a fantastic gift for friends of the XY persuasion.

Contained within the 288 pages is some genuinely excellent advice with titles like How to shave like your grandpa, Fight like a gentleman using the art of Bartitsu, Give a man hug, Ask for a woman’s hand in marriage, Raise resilient kids, Predict the weather like a frontiersman, Start a fire without matches, Give a dynamic speech and quite a lot more.

It’s a great read for a sunny summer afternoon in a lawn chair and it’s the sort of book you’ll end up lending to friends until it’s dog-eared and missing pages.