A Technical Drawing By Ettore Bugatti 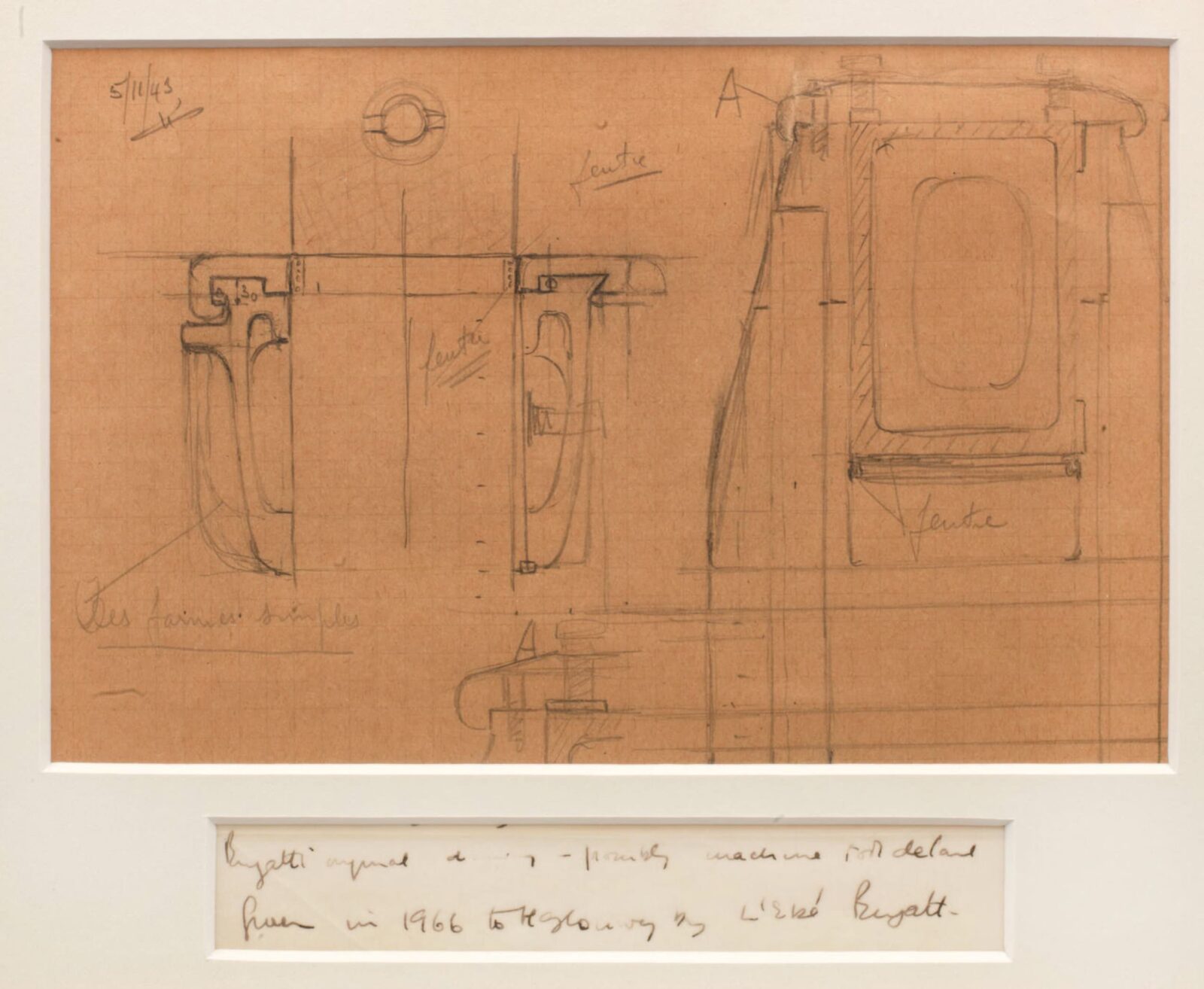 Ettore Bugatti was one of the early motoring world’s greatest characters, almost as famous for his gruff and oftentimes hilarious customer service as he was for his engineering genius.

On dealing with a customer who was complaining about the lackluster braking performance on his new car Ettore yelled “I make my cars to go, not stop!” – later he encountered a customer who was frustrated that his car had trouble starting on cold mornings, to which he quipped “Sir! If you can afford a Type 35, you can surely afford a heated garage!”

This technical drawing was penned by Bugatti himself in November 1943, just a scant 4 years before his death in 1947, and it’s now a reminder that he kept working right up until the point he couldn’t. The framed drawing was given to Hugh Conway as a gift by l’Ebé Bugatti, Ettore’s daughter, in 1966.

The similarities between Da Vinci and Bugatti have been made countless times previously so I won’t rehash them here except to note the similarity between this Bugatti drawing and the sketches of Da Vinci that pre-date it by just a few centuries.

If you’d like to read more about this piece or register to bid on it you can click here to visit the listing on Bonhams, it has an estimated hammer price of between £500 and £700.

A Technical Drawing By Ettore Bugatti – Pencil sketch on paper, dated 5/11/43, with annotations in Bugatti’s hand-writing, 13 x 19cm, framed and glazed. This original drawing was given to Hugh Conway by l’Ebé Bugatti in 1966, there is a hand written note confirming this common mounted within the frame. 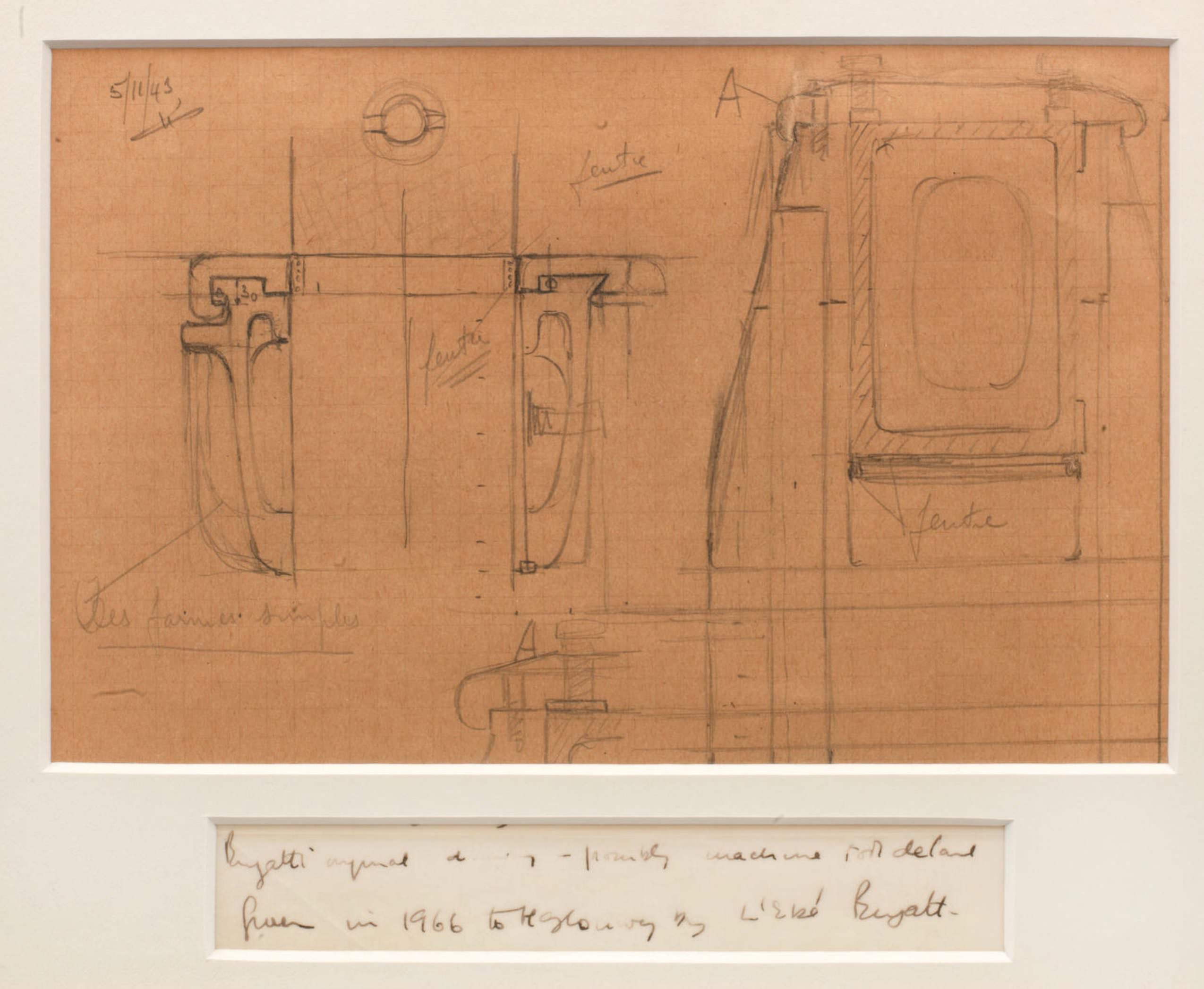