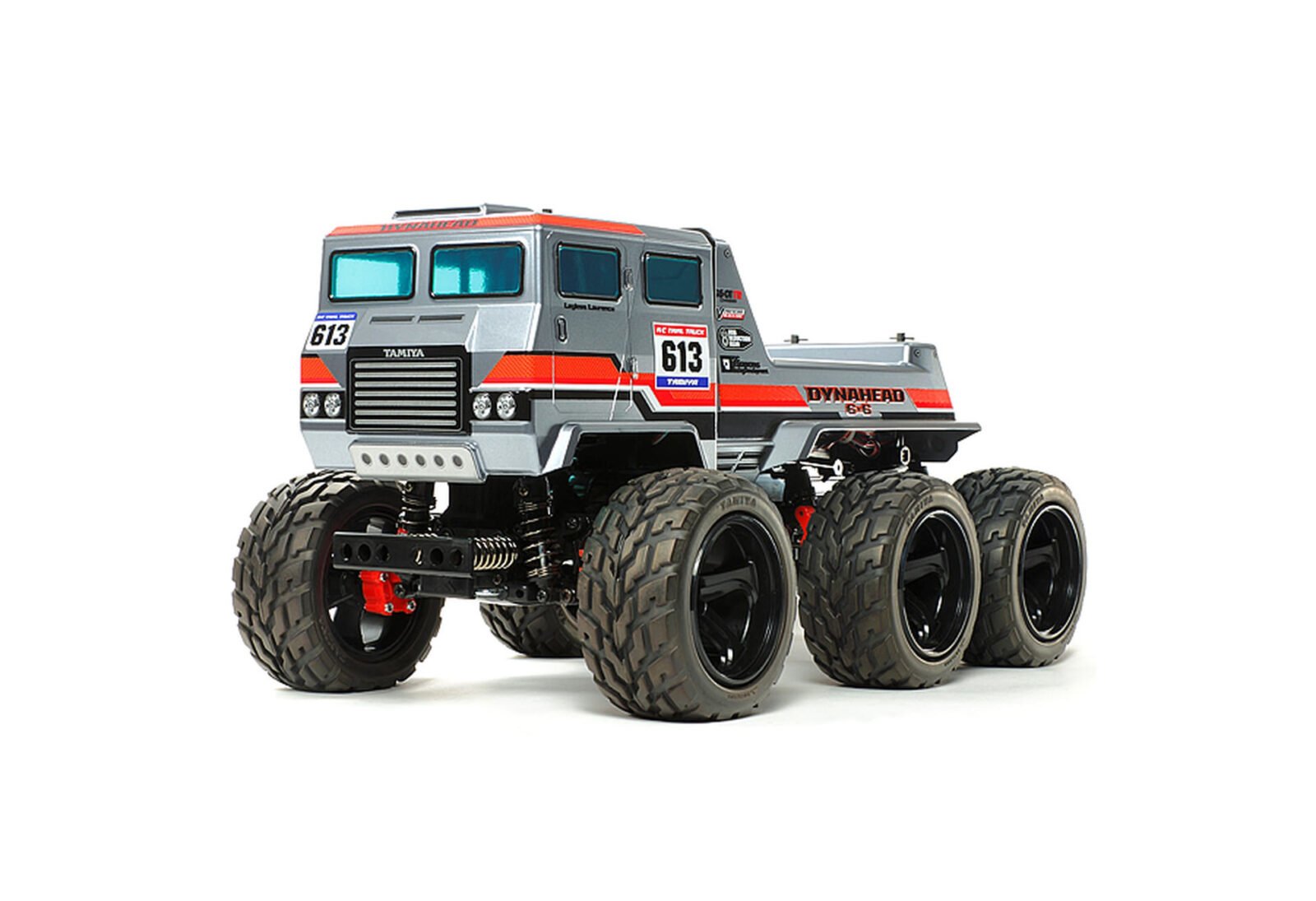 Despite its 1:18 scale the Tamiya Dynahead 6×6 R/C Truck may very well be the perfect vehicle for 2020. You can buy it online, get it delivered, build it, and drive it in your backyard without ever having to interact with anyone else. Plus, it has full six-wheel drive and that’s never a bad thing.

The Dynahead 6×6 was designed by Takayuki Yamazaki of PDC Design-Works with inspiration taken from the gruelling world of off-road truck trials. The cab-forward design is popular because it maximizes both forward visibility for the driver and the load carrying capability in the rear – these are the key reasons its also used on the Unimog. That said, this vehicle clearly won’t be carrying any loads.

Tamiya use their G6-01 chassis for the Dynahead 6×6, this chassis offers full six-wheel drive coupled with four-wheel steering (front and back) if you invest in a few additional parts – though realistically four-wheel steering isn’t generally needed in an R/C environment.

The G6-01 chassis uses hub reduction axles to raise ground clearance by 15mm, in conjunction with the traction provided by a 37.35:1 gear ratio tis means there are very few R/C vehicles that can cover the same terrain as the Dynahead 6×6.

The kit arrives requiring assembly and paint, it also needs a two-channel radio, a servo, an ESC (electronic speed control), a 7.2 volt battery pack & charger, and Tamiya PS paint – all of which is available on the Tamiya website. The reason this isn’t all included is to keep the cost down as many enthusiasts already have all of these items at home and they don’t want to pay for the same parts multiple times when buying new kits. 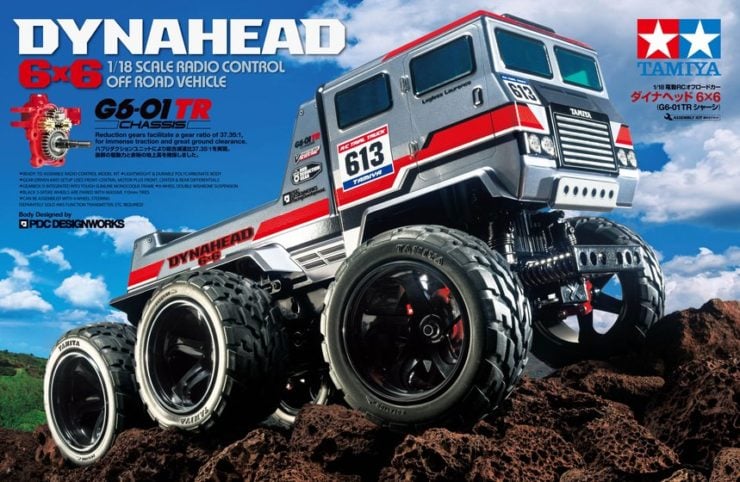 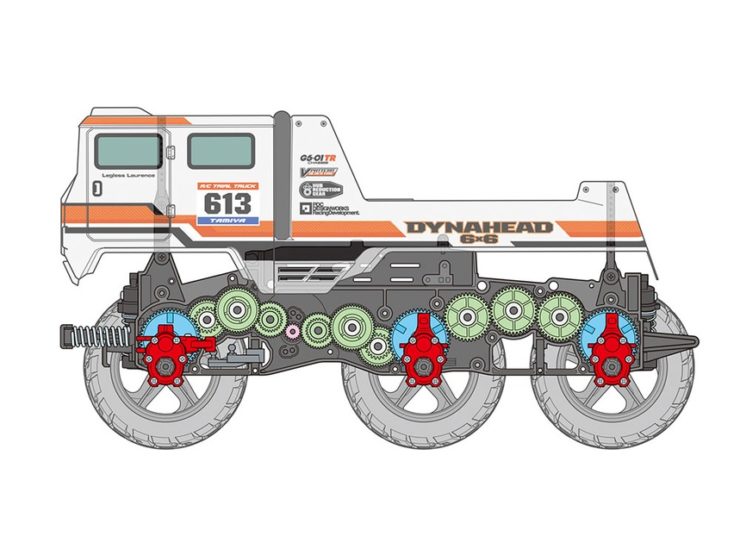 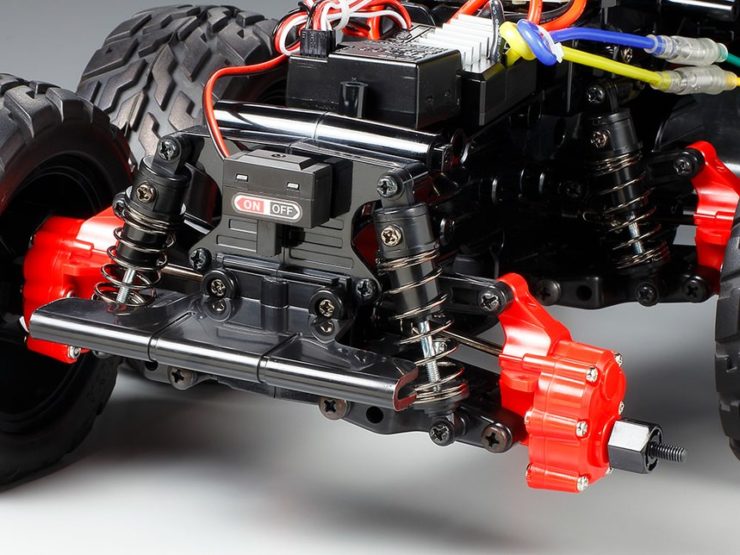 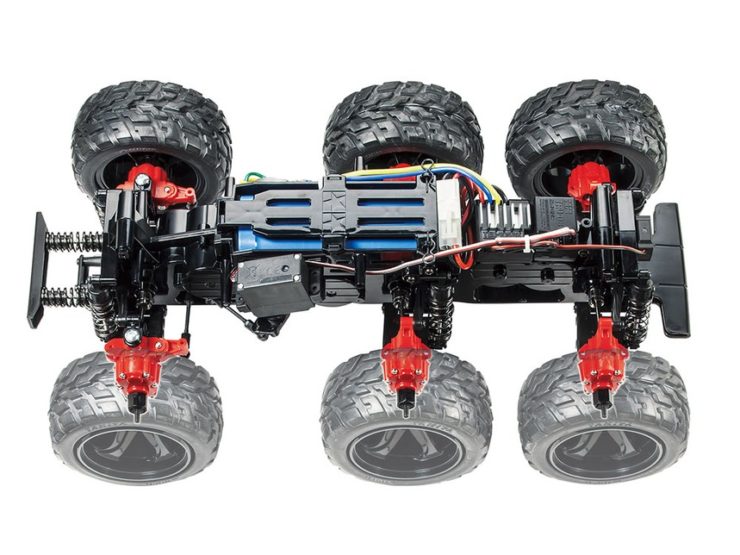 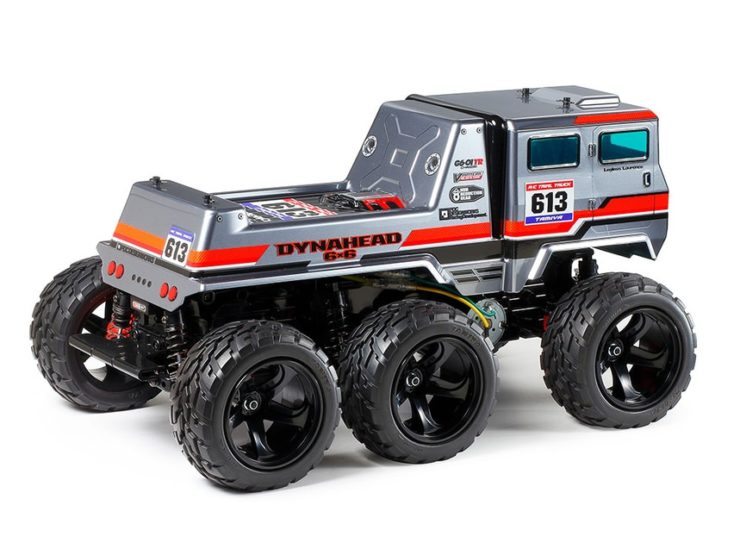 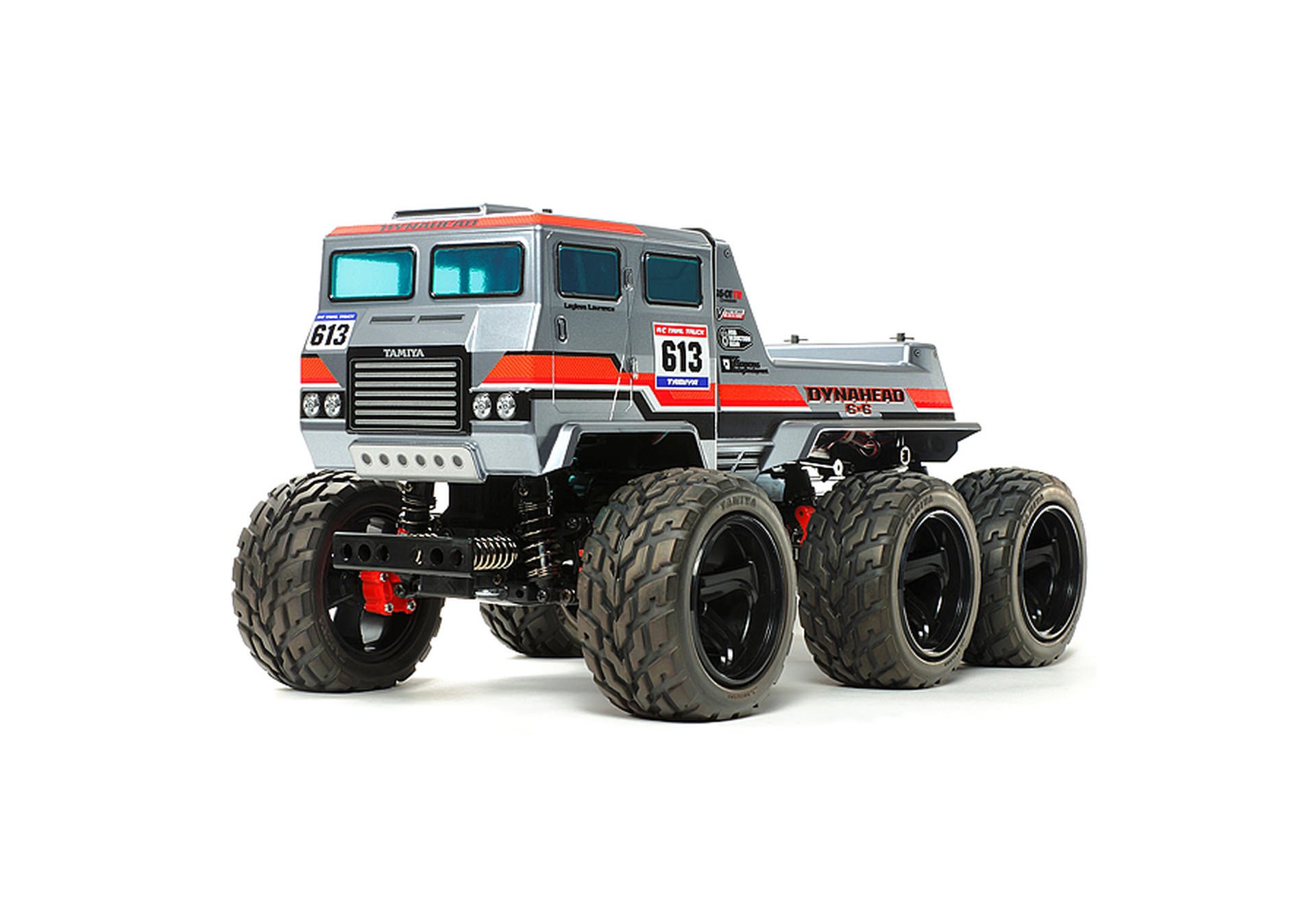