This is the Tamiya Subaru BRAT R/C car, it’s a significantly updated and improved re-release of the original Tamiya BRAT from 1983 that comes with two bodies – a highly detailed body (shown here) and a lightweight polycarbonate body for racing.

The Subaru BRAT, known as the 284 in the United Kingdom and the Brumby in Australia, was an export-only vehicle and was never sold in Japan. This has led to it becoming a popular grey market import in recent years. The name “BRAT” is an acronym for “Bi-drive Recreational All-terrain Transporter”, which is why the name is capitalized.

Subaru developed the BRAT at the behest of the President of Subaru of America to appeal to buyers of the popular small pickup trucks built for the American market by Japanese marques like Toyota, Nissan, and Mazda. Unlike most of the competition, the BRAT featured 4WD with either a single or dual-range transfer case depending on model and year.

The 1/10th scale remote controlled Tamiya Subaru BRAT is obviously a model of a modified version with uprated suspension, wheels, and tires. It’s a reasonably large R/C car, measuring in at 453 mm/17.8 in long, with a width of 220 mm/8.6 in, and a height of 175 mm/6.8 in. It has 4-wheel independent suspension with front double wishbones and rear trailing arms, the rear also uses diaphragm type oil dampers and coil springs.

Tamiya includes three different pinion gears (18T, 19T and 20T), it has block pattern tires are mounted on 8-spoke wheels, and it’s powered by a 540 Type electric motor. There are both blue and red versions of the Tamiya Subaru BRAT, and they both share the same underpinnings. 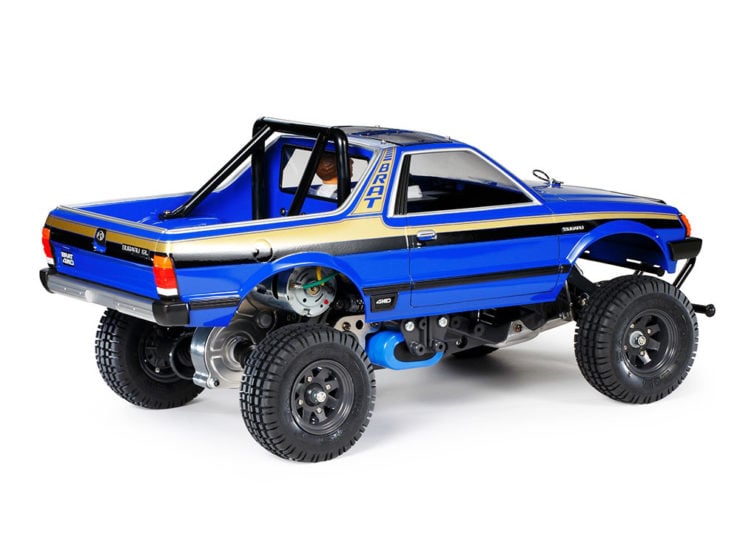 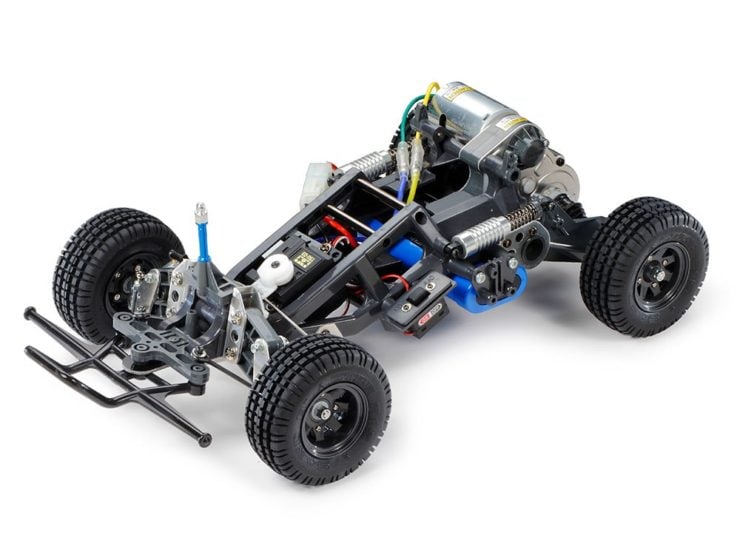 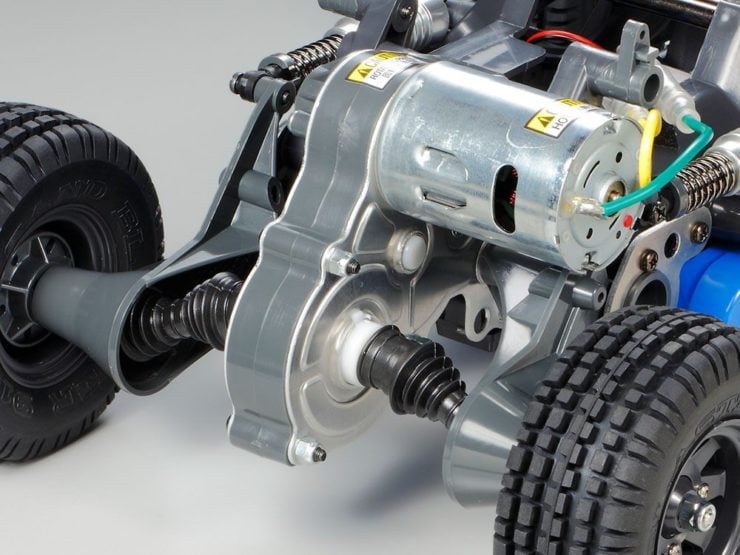 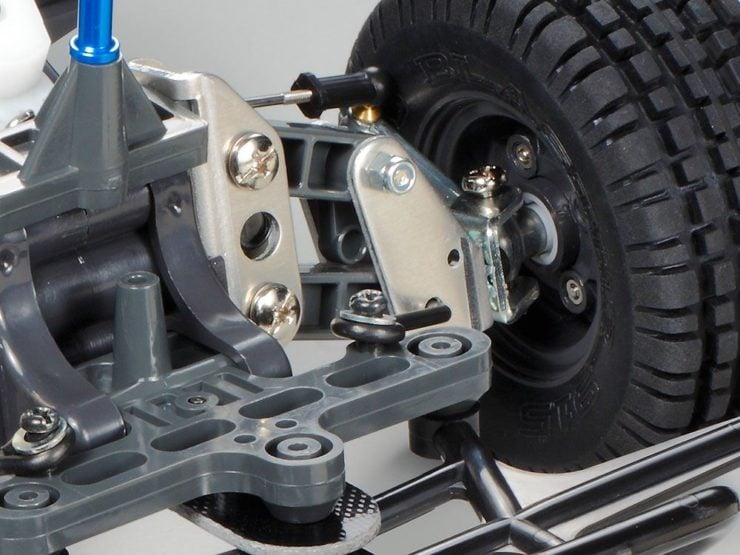