The Sydney Forensic Photography Archive is an incredible resource of early 20th century photographs, the best section of the archive has to be the mugshots – as you can see below they were all taken with “wet plate” cameras, a type of photography that’s actually beginning to catch on again due to the stunning depth and clarity of the images that are produced.

I’ve included some images from the archive below, along with the accompanying description directly underneath each photograph. Once you get to the bottom, you’ll find a link to the archive in case you want to go see some more. 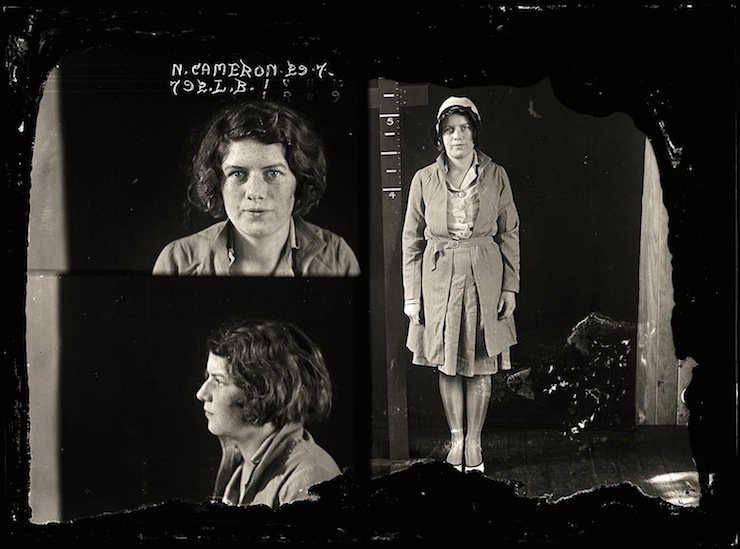 Nellie Cameron was one of Sydney’s best-known, and most desired, prostitutes. Lillian Armfield, Australia’s first policewoman, said Cameron had an ‘assured poise that set her apart from all the other women of the Australian underworld’. Aged 21. 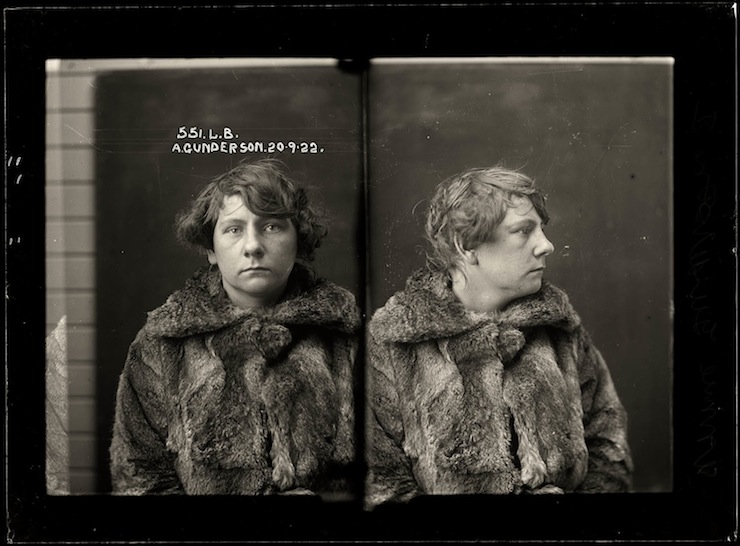 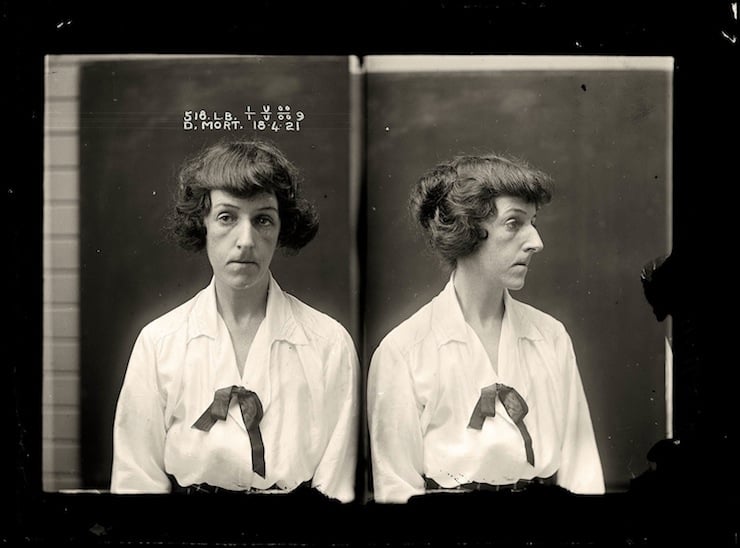 Convicted of murder. Mrs Dorothy Mort was having an affair with dashing young doctor Claude Tozer. On 21 December 1920 Tozer visited her home with the intention of breaking off the relationship. Mort shot him dead before attempting to commit suicide. Aged 32. 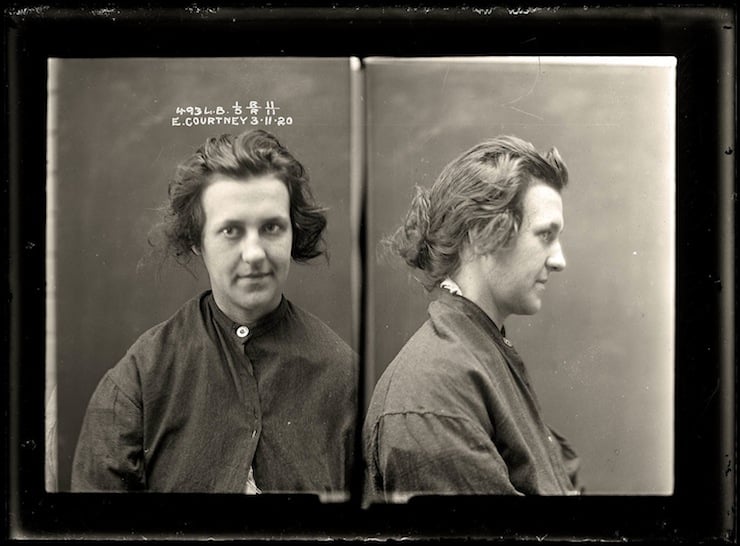 Evelyn Courtney stole a remarkable array of items, ranging from an umbrella to Irish linen napkins. She was a suspect in at least seven different robberies during 1920. Aged 19. 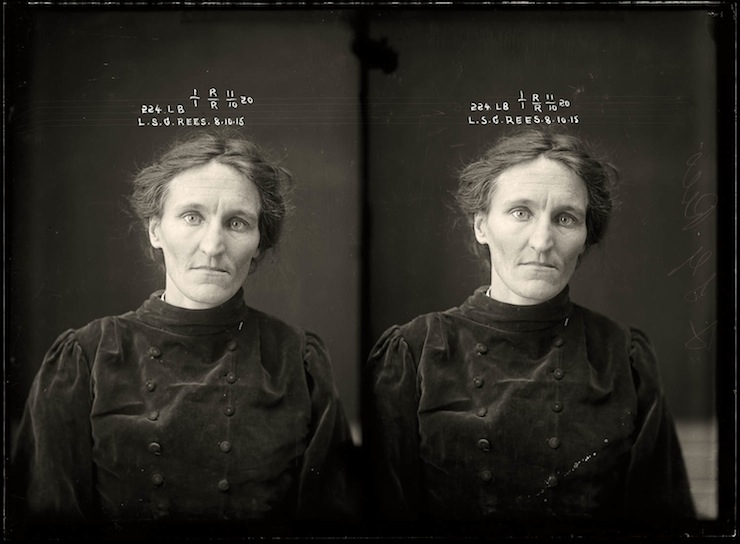 Leslie Rees was convicted of bigamy at the Moree Quarter Sessions and was sentenced to four months light labour. Women from regional centres were transferred to Sydney to serve their time. Age unknown. 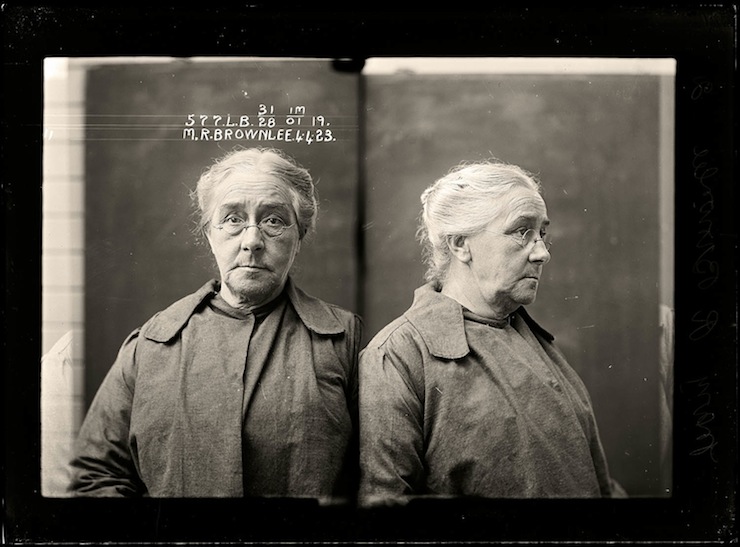 Convicted of unlawfully using an instrument to procure a miscarriage. Mary Brownlee was a backyard abortionist who was caught during an extensive police investigation. She was sentenced to 12 months light labour, but her male accomplice was acquitted. Aged 64. 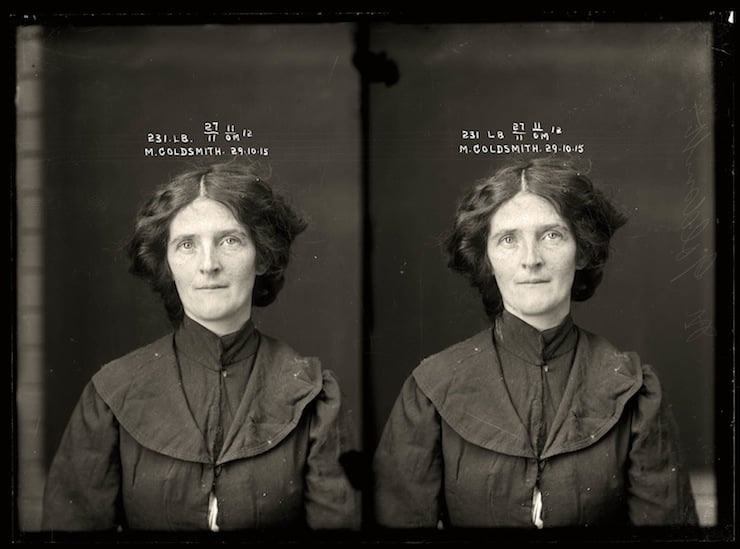 Convicted of stealing. Muriel Goldsmith looks like a country schoolteacher but was actually a prolific thief with a string of aliases. She was found guilty of stealing money and jewellery from the Criterion Hotel in Wagga Wagga, New South Wales. Aged 25. 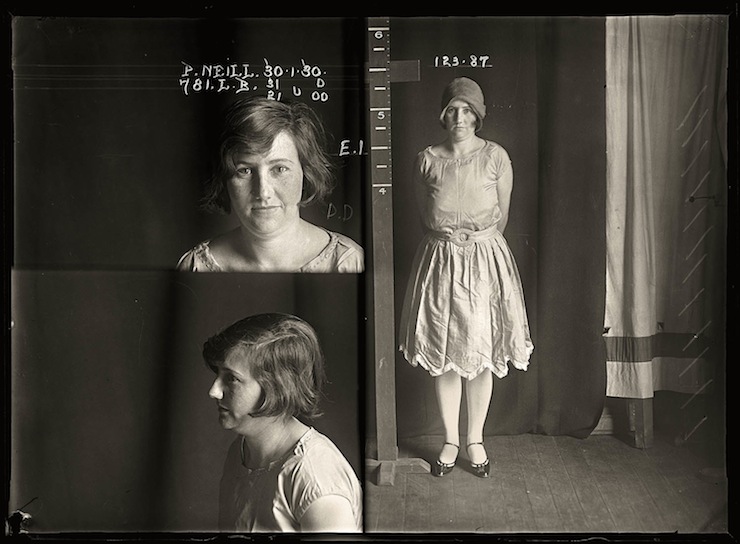 Charged with theft and possession of cocaine. Barmaid Patsy Neill was involved in various criminal activities including theft and selling cocaine. In 1932 she had a disagreement over money with the infamous sly grogger Kate Leigh, which led to Neill being threatened with a gun. Neill was described in the press as ‘looking like a mannequin on parade’. Aged 26. 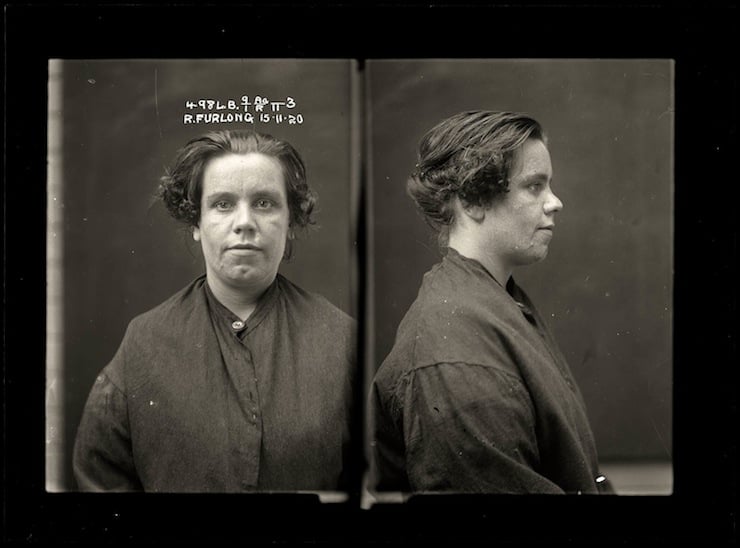 Petty thief Ruby Furlong was involved in an altercation with a drunk musician at Newtown. She pulled out a razor and slashed his face, leaving an ugly scar. Furlong was a feared criminal who had a string of convictions in the early 1920s. Ruby, aged 34, was serving time for malicious wounding when this photograph was taken. 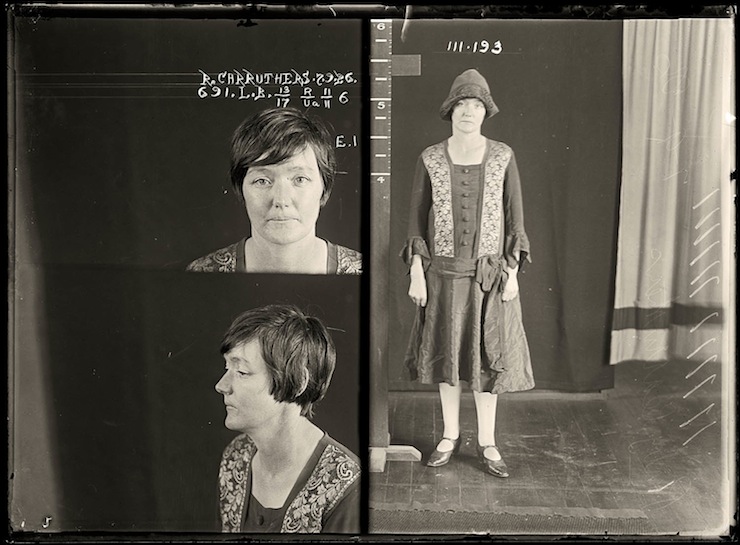 Convicted of false pretences. Ruth Carruthers went on a criminal spree in 1926, using the art of persuasion to obtain goods and money from hapless shopkeepers. She was eventually convicted on four charges of false pretences and sentenced to six months at Long Bay. Aged 28. 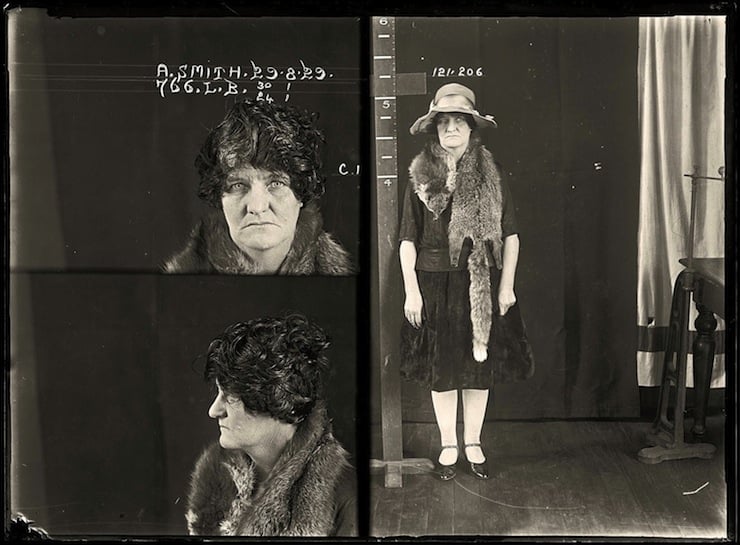 Alma Smith worked as an illegal abortionist in the northern NSW town of Tamworth. A young woman, who later died as the result of a botched abortion, identified Smith as the abortionist. Smith denied knowing the woman but was convicted and sentenced to five years gaol. Aged 34.

If you’d like to visit the Sydney Forensic Archive you can click here but be warned – you can easily lose half a day scrolling through the images. 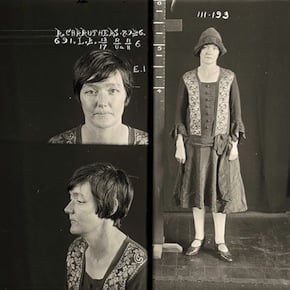