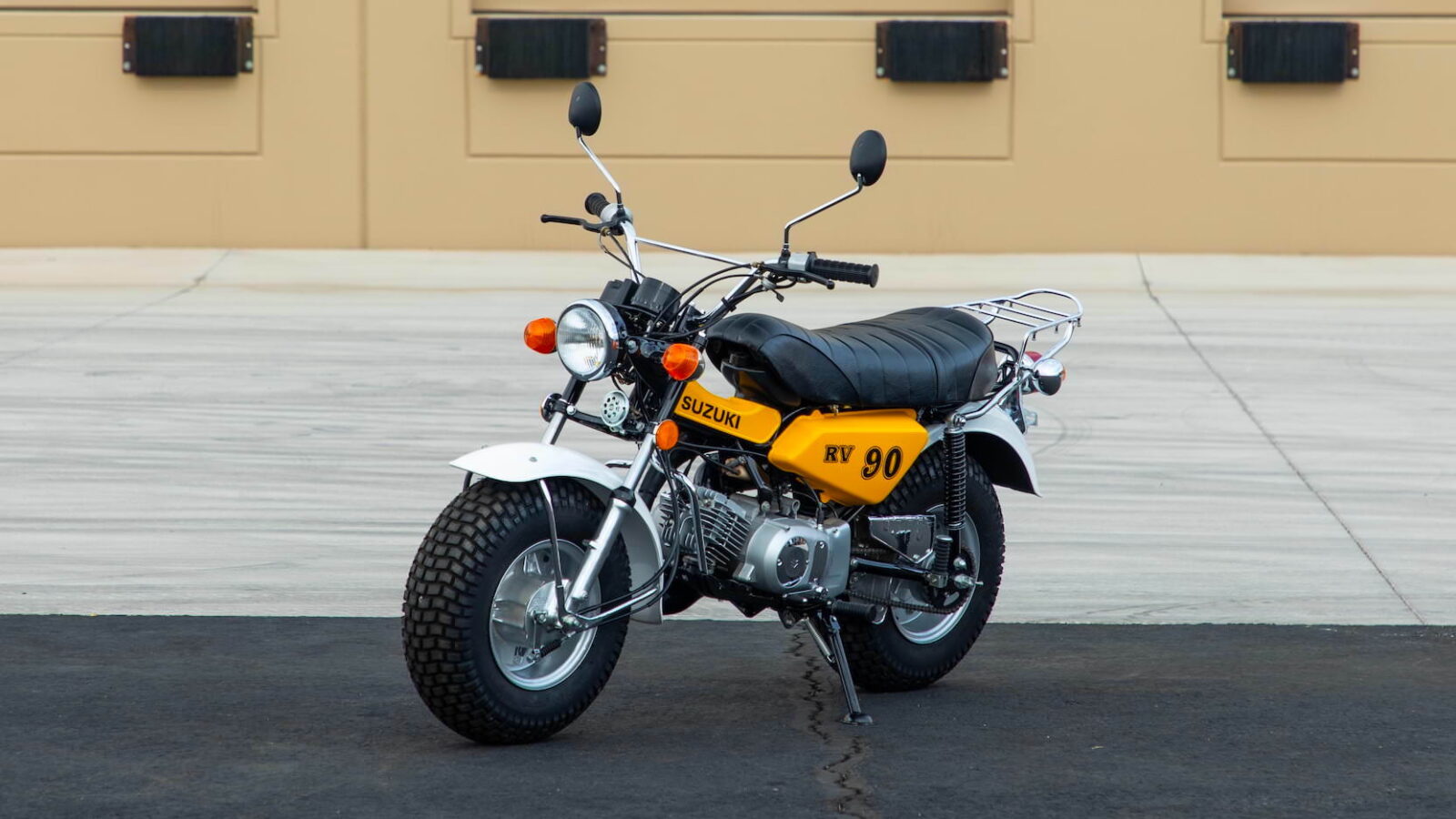 The Suzuki RV90 was released in the 1970s to help the Japanese motorcycle manufacturer take a bigger bite out of the monkey bike and minibike market that was proving so popular across North America and Europe.

Known as the VanVan in Japan these little street-legal motorcycle proved surprisingly trendy in Paris and throughout France in the late 1970s.

This was despite the fact they were fitted with ballon tires that were poorly suited to road use, this was possibly because the combination of front and rear suspension with ballon tires helped smooth out bumpy roads and cobblestone streets.

The Suzuki RV90 is characterized by its big tires fitted to small alloy wheels, it has a relatively small body topped off with a big seat for two and wide, braced handlebars. There is seat space and foot pegs for two however the engine’s output would typically limit the total weight you could carry, and the bikes came with a small rear luggage rack.

Smaller motorcycles like this had become a common first bike for many kids in the United States and in other western countries. They provided a lightweight, low speed entry point point for kids to learn how to ride, but they were engineered to be able to accommodate the weight of an adult rider too – as a result many were used by Mum or Dad just as much as they were used by the kids. 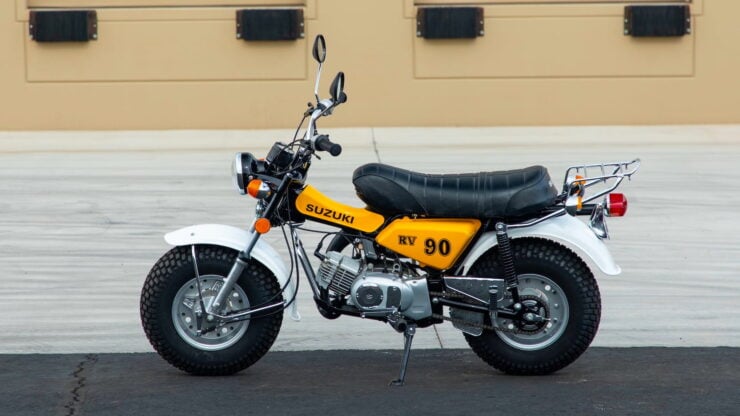 Above Image: The RV90 was designed to be comfortable for both children and adults to ride, with a big seat and wide handlebars.

It’s clear just from looking the RV90 that Suzuki intended for them to be used off road. The braced handlebars, high-exit scrambler exhaust, knobby ballon tires, and upright riding position are all ideal for trail riding.

Many of them were used on the road however, and it should be noted that these bikes were considerably safer on all surfaces than their ballon-tired three-wheeled counterparts that were popular during the same era.

Today it seems most of the original RV90s have been scrapped as we don’t typically many coming up for sale and those that do can tend to be in rough condition. This is perhaps why the example you see here jumped out when it was listed as a lot for the upcoming Las Vegas Motorcycle Auction by Mecum.

There’s been a growing interest in these unusual minibikes in recent years and we are seeing some great restorations being performed to take advantage of the growing market.

Although information in the listing is scarce it appears that the bike has either been fully restored or preserved from new in carbonite. As it stands this an unusual opportunity to pick up an essentially-new 1973 Suzuki RV90, if you’d like to read more about it or register to bid you can click here to visit the listing. 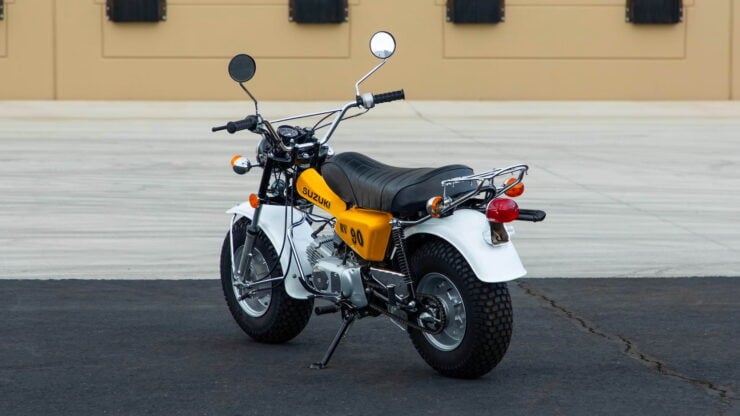 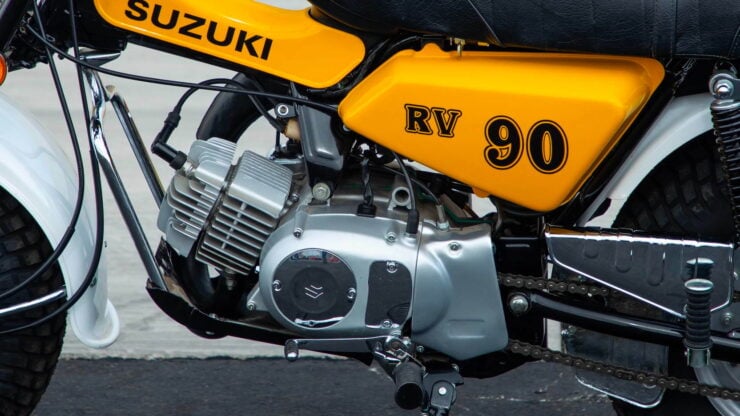 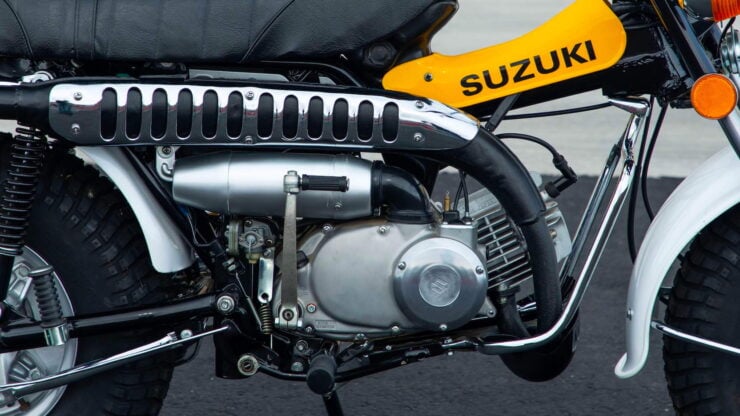 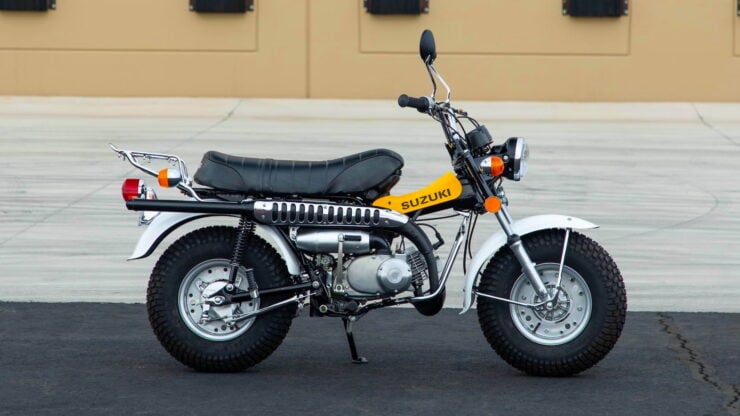 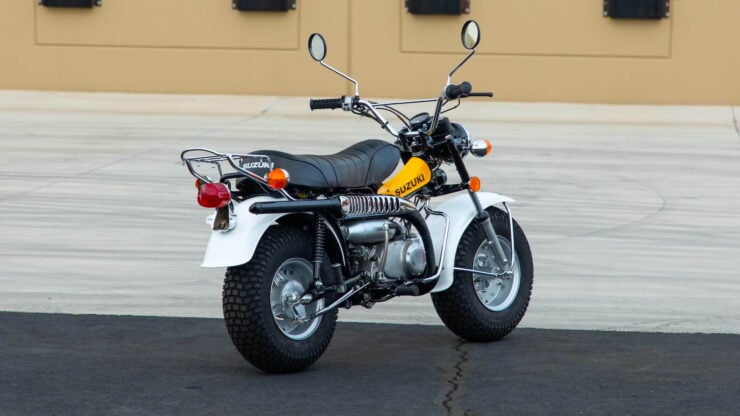 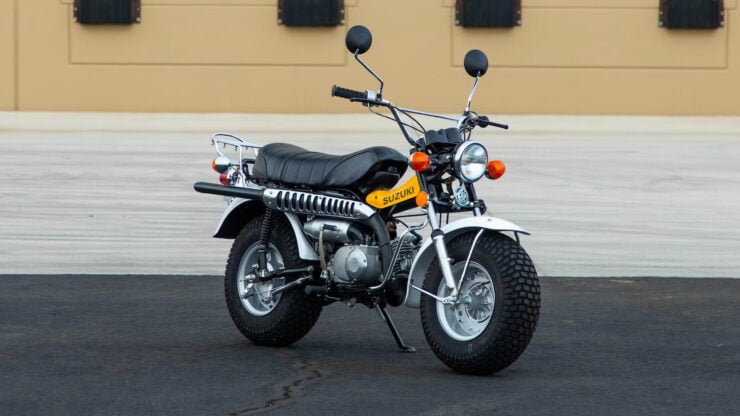 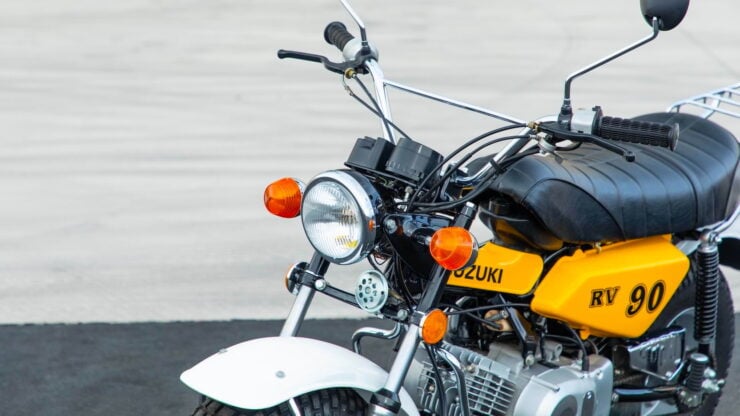 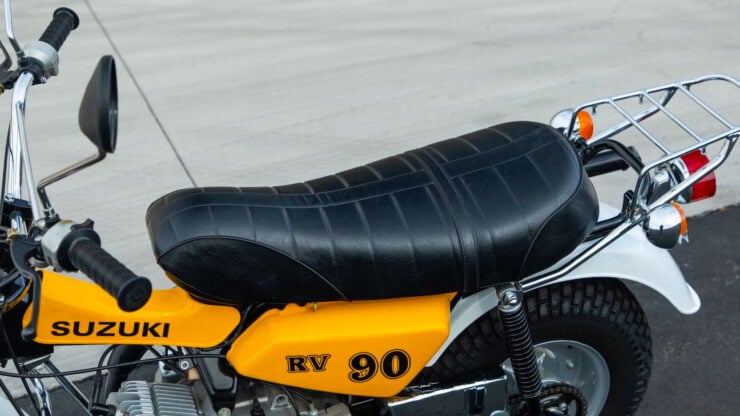 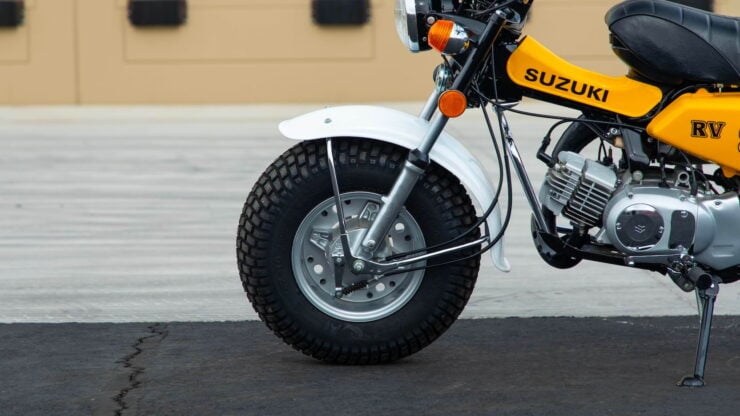 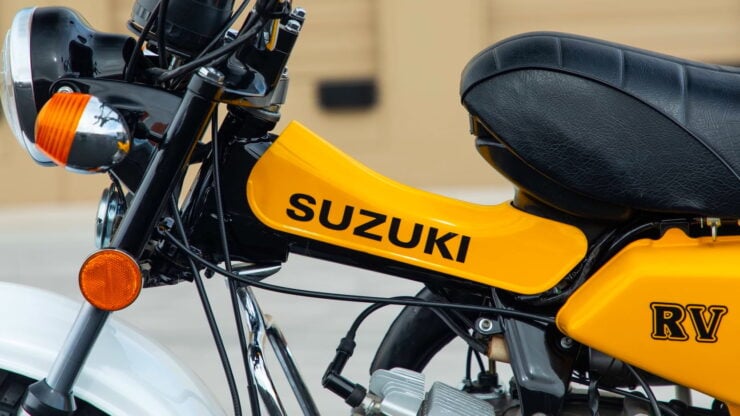