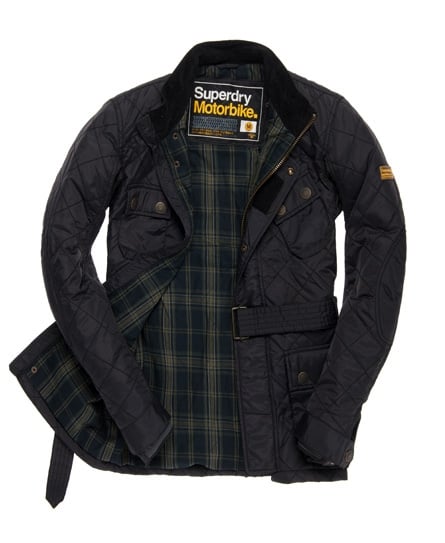 The Superdry Time Trial Jacket is the kind of coat you can wear on or off your BSA and not look a whisker out of place. It has classic diamond-pattern quilting, tough brass zippers and a belt to stop it flapping around when you’re blasting up the M1.

It’s offered in 5 sizes and has the colour choices of either black or military green, it also has enough front pockets to comfortably hold your pipe, tobacco pouch, hip flask and picture of the Queen.