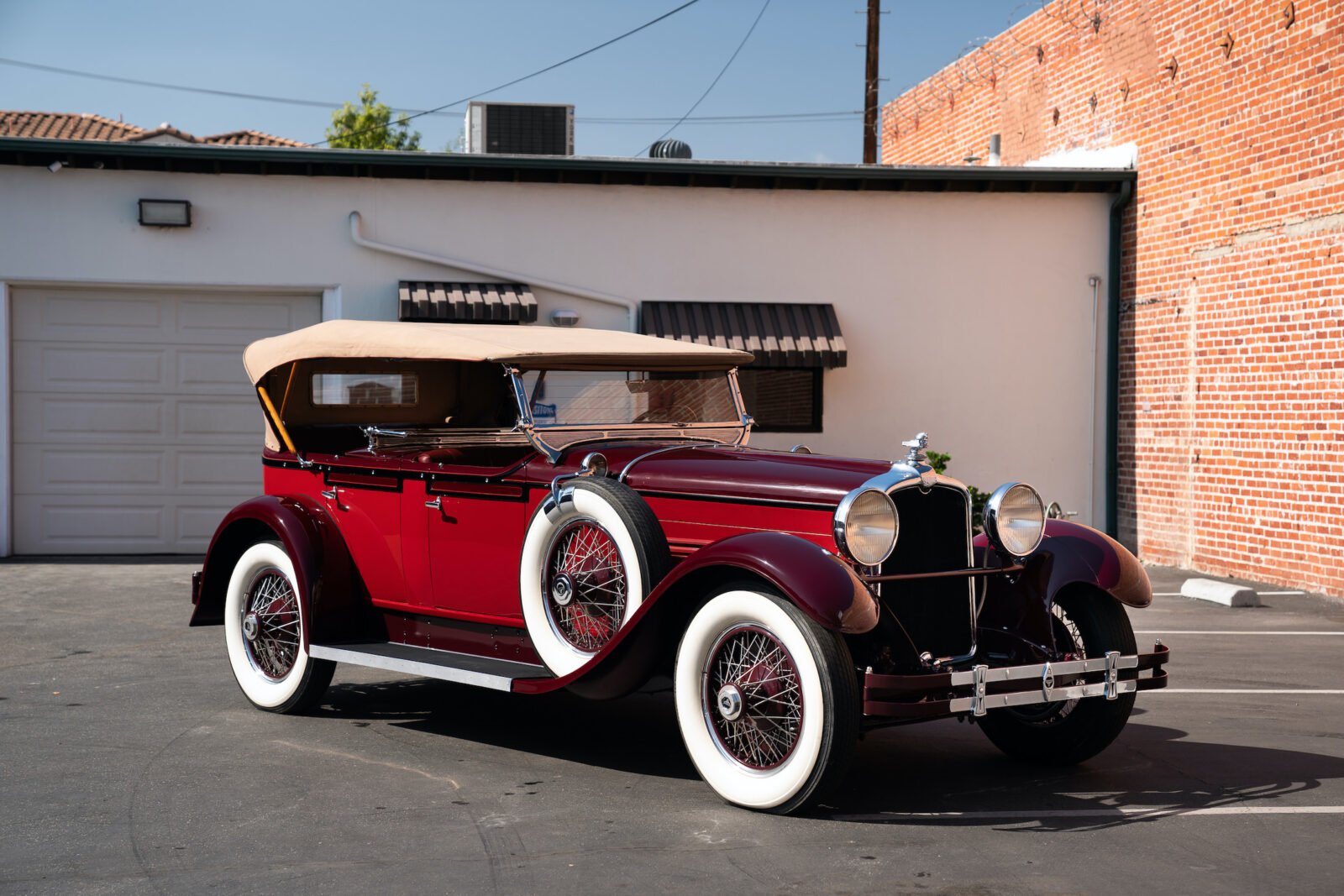 The Stutz Model BB Speedster was the fastest American production car of its time, thanks to its advanced 299 cu. in. single overhead cam inline-8 cylinder engine that was capable of over 140 hp – an astonishing figure for the era.

The Stutz Motor Car Company of America was originally founded as the Ideal Motor Car Company in 1911, the company became famous very early in their history thanks to driver Gil Andersen bringing a Stutz in for a remarkable 11th place finish at the inaugural 1911 Indianapolis 500 out of a field of 40 cars.

This respectable finish resulted in the company using the slogan “The car that made good in a day” and the positive press resulted in numerous sales for the new company. Stutz would go on to race extensively across the United States and across the Atlantic in Europe, including a second place finish at the 1928 24 Hours of Le Mans after a race-long duel with a Bentley that had been the Stutz leading for most of the race. 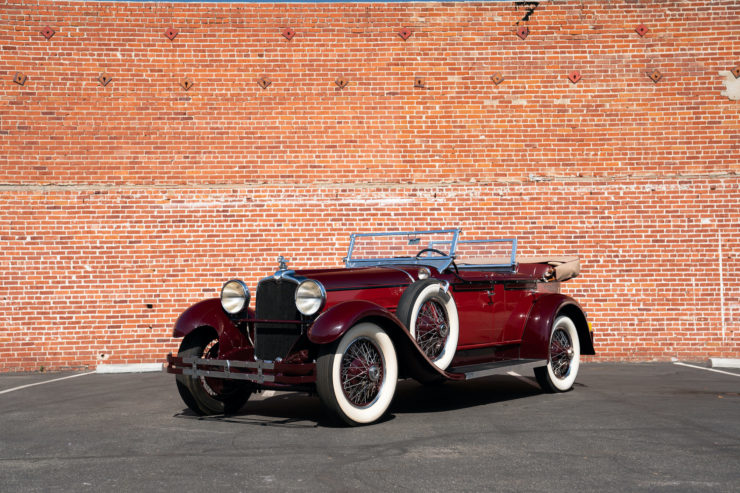 Stutz were known for high-performance and luxury cars at the higher-end of the American market, the most famous model is almost certainly the Stutz Bearcat which was one of the fastest production cars of its day.

Stutz (and its forebear Ideal) were started by Harry Stutz with his friend Henry Campbell. Harry Stutz was a self-taught engineer who had grown up on a farm maintaining the machinery, he later worked for a sewing machine company and a company that made cash registers before going out on his own and opening a machine shop and repair business utilising all the lessons he’d learned.

Stutz built his first car in 1897 followed by another car in 1900 powered by a gasoline engine of his own design. In 1902 he started selling these engines and he quickly rose through the ranks of the rapidly growing American automobile industry designing a number of engines and entire cars. 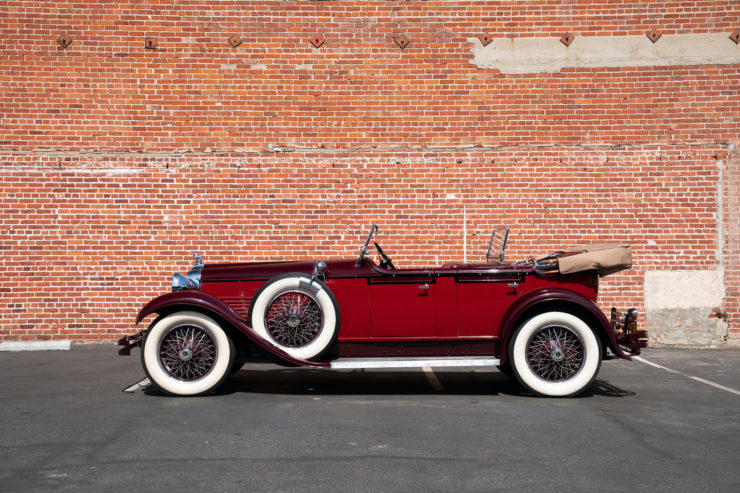 The Stutz Model BB was released in 1927 with a newly updated version of the straight-8 engine from the previous model, the Model AA. 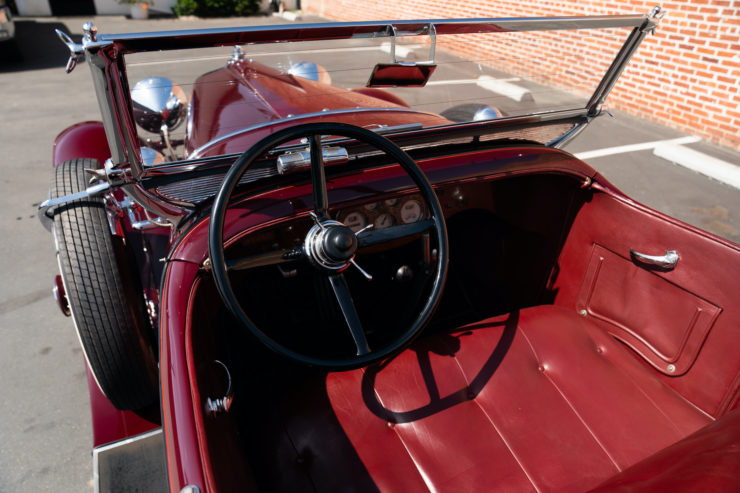 The 1928 Stutz Model BB Four-Passenger Speedster you see here is a rare Tonneau Cowl model, other manufacturers called this arrangement a dual-cowl phaeton. The car has an additional cowling and windshield for the rear passengers, providing far better wind protection. The cowling can fold up to allow entry to the rear passenger compartment and the windshield can be folded down when not needed.

This car still has its original Fedco “theftproof” tag and the original serial number plate (both of which match), it has the original chassis number stamping, and importantly it’s still powered by its original engine – an optional high-compression engine with a 6.25:1 head and special pistons capable of 145 hp.

If you’d like to read more about this car or register to bid you can click here to visit the listing on RM Sotheby’s, it’s due to be auctioned this month with no reserve, and the price estimate is $125,000 to $150,000 USD. 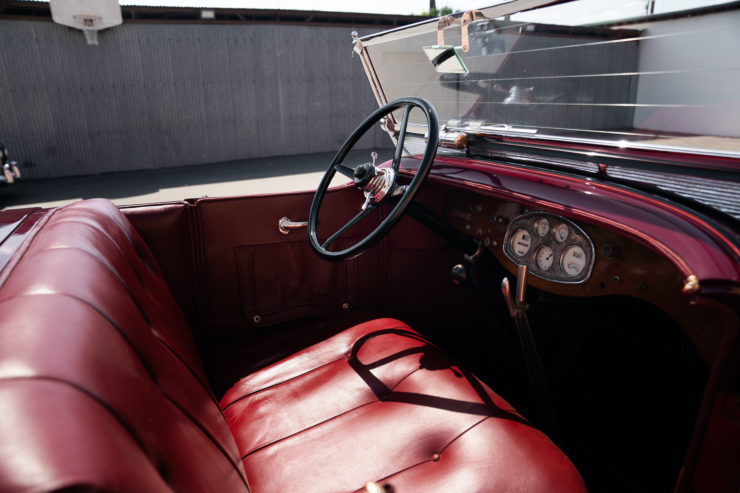 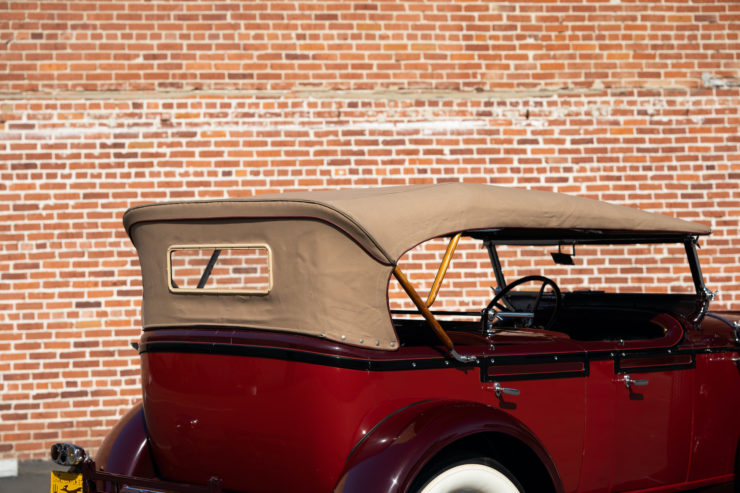 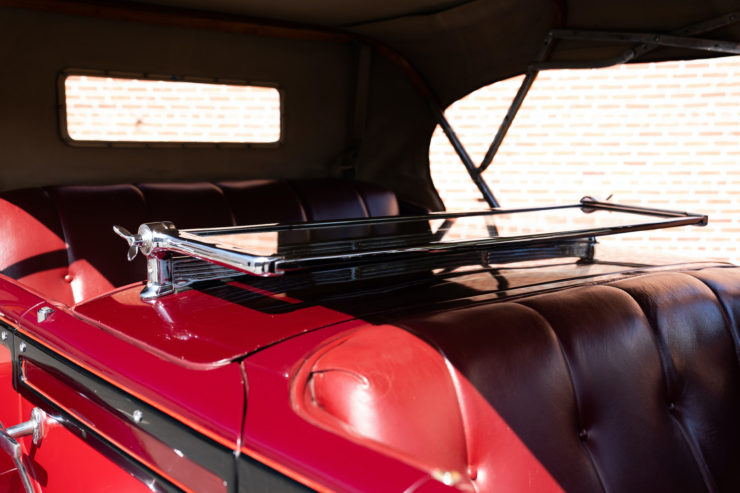 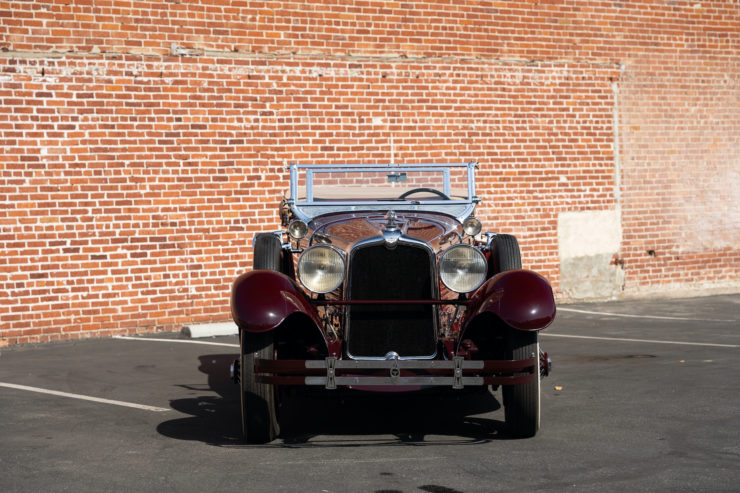 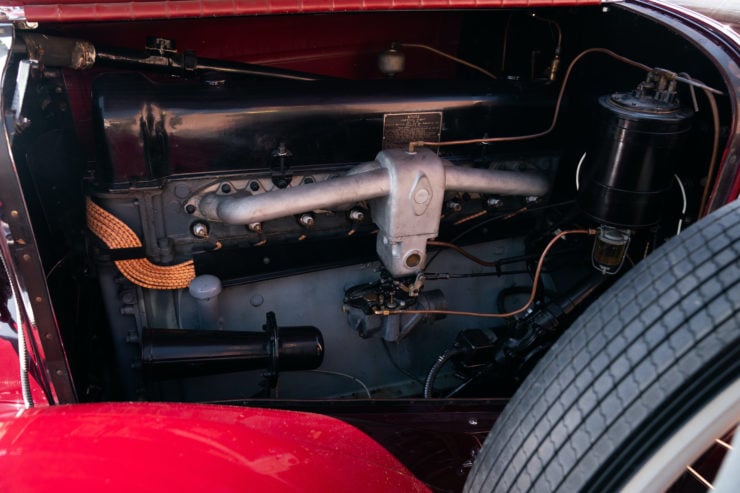 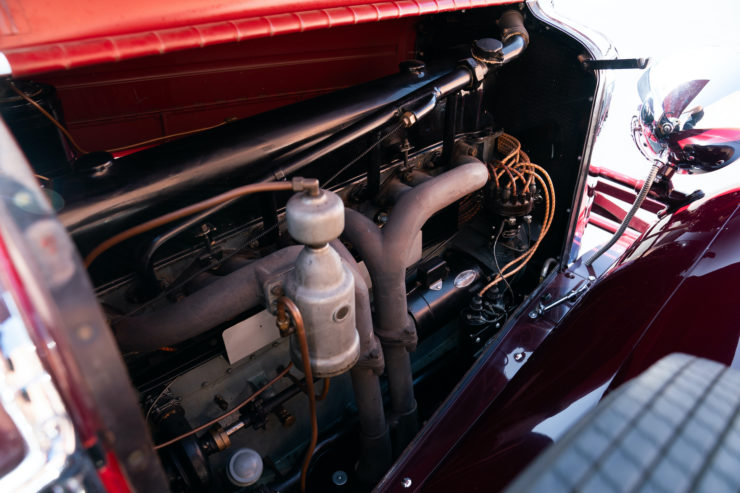 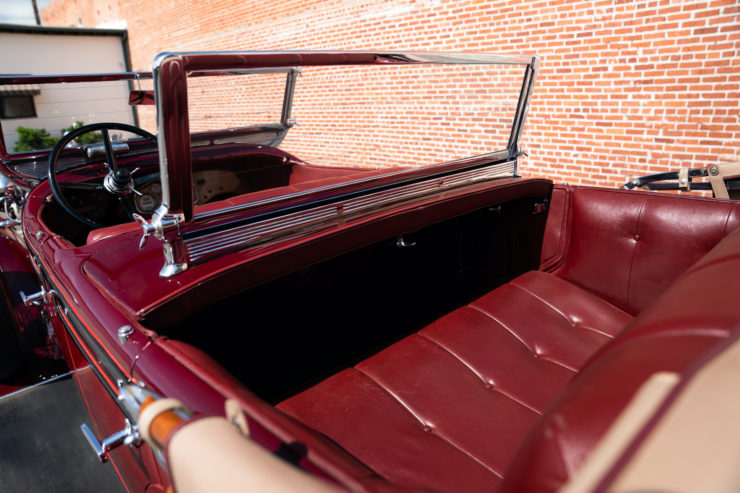 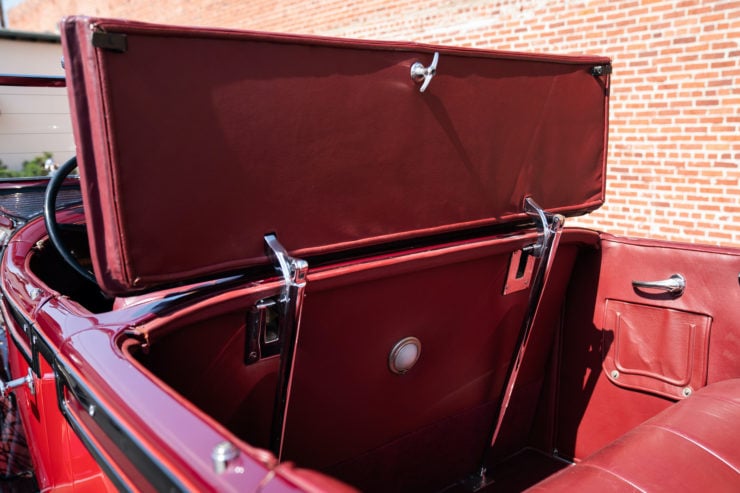 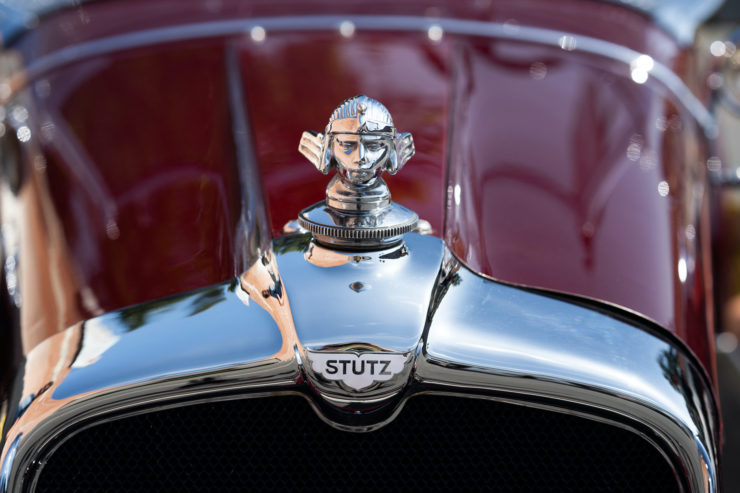 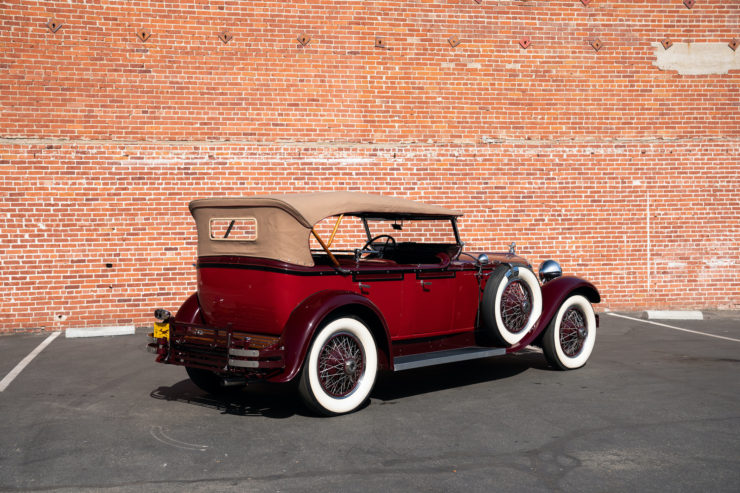 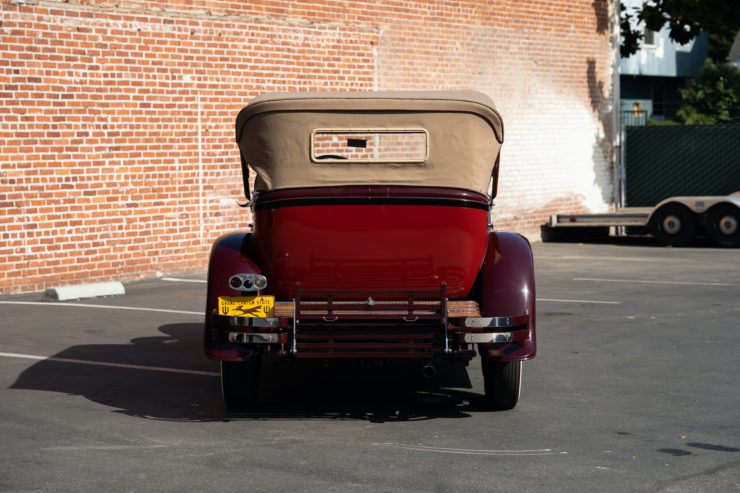 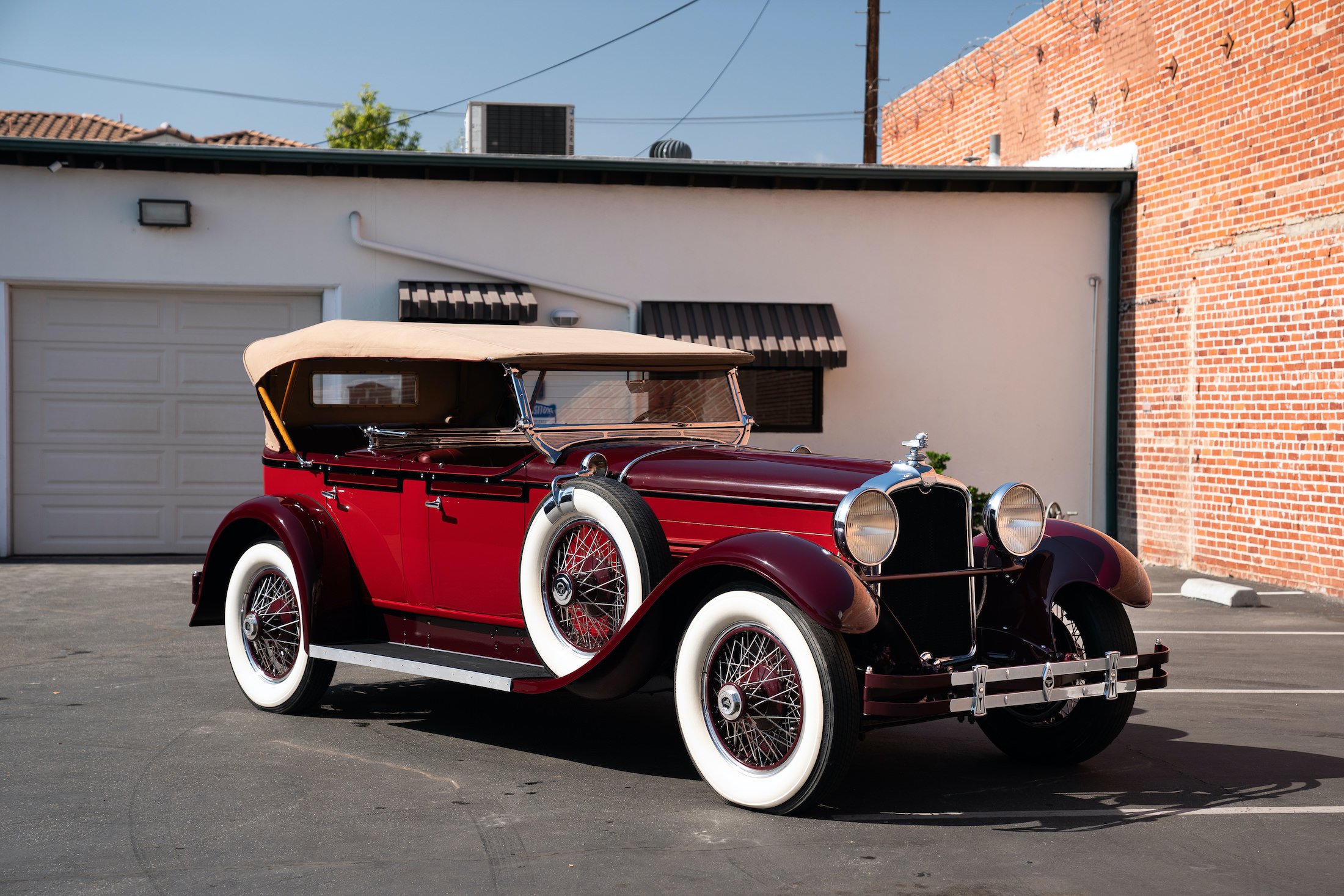