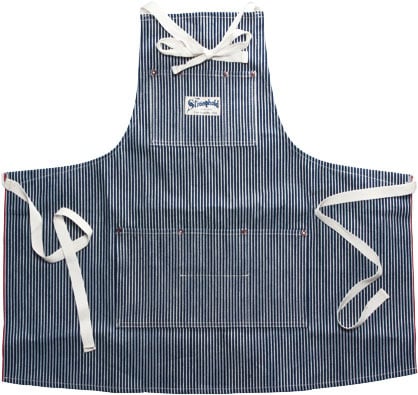 Aprons were initially a masculine piece of clothing, they were worn by men with hefty arms and big chests who worked in blue collar trades like Backsmithery.

I’m not sure when they became synonymous with the modern housewife but men do still occasionally wear them, usually in front of a grill or hotplate with a pair of tongs in one hand and a beer in the other.

This fantastic apron by Stronghold is made from organic selvage denim, it’s hand-woven on antique looms in California and if you’re in the market for a new man-apron, you won’t find one better. 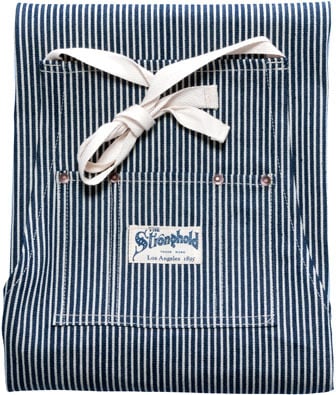