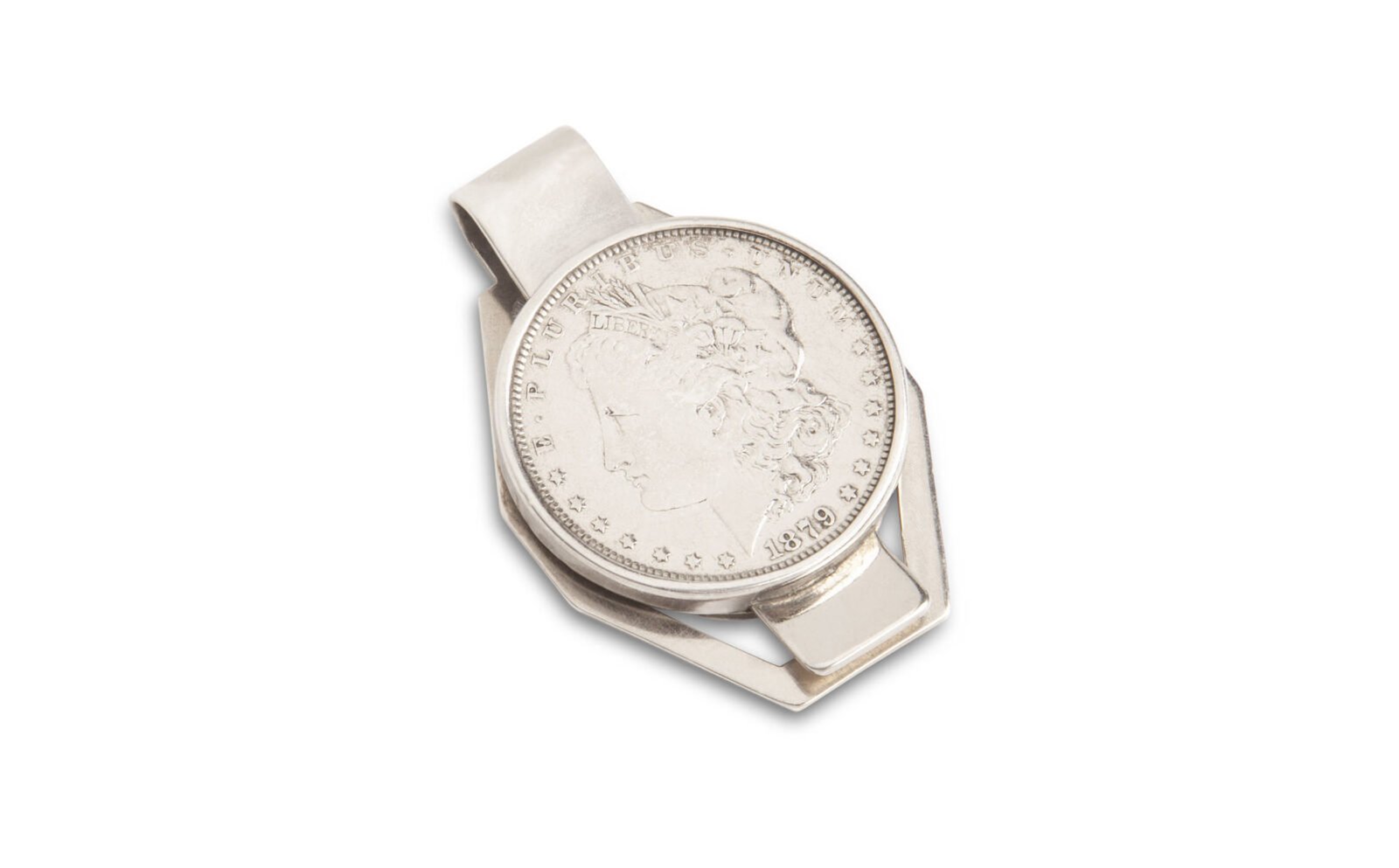 This vintage Silver Dollar Money Clip was made by Liberty Sterling in the 1940s, it features a front mounted US Morgan Silver Dollar coin with the reverse being an intricate dollar symbol for holding bills. 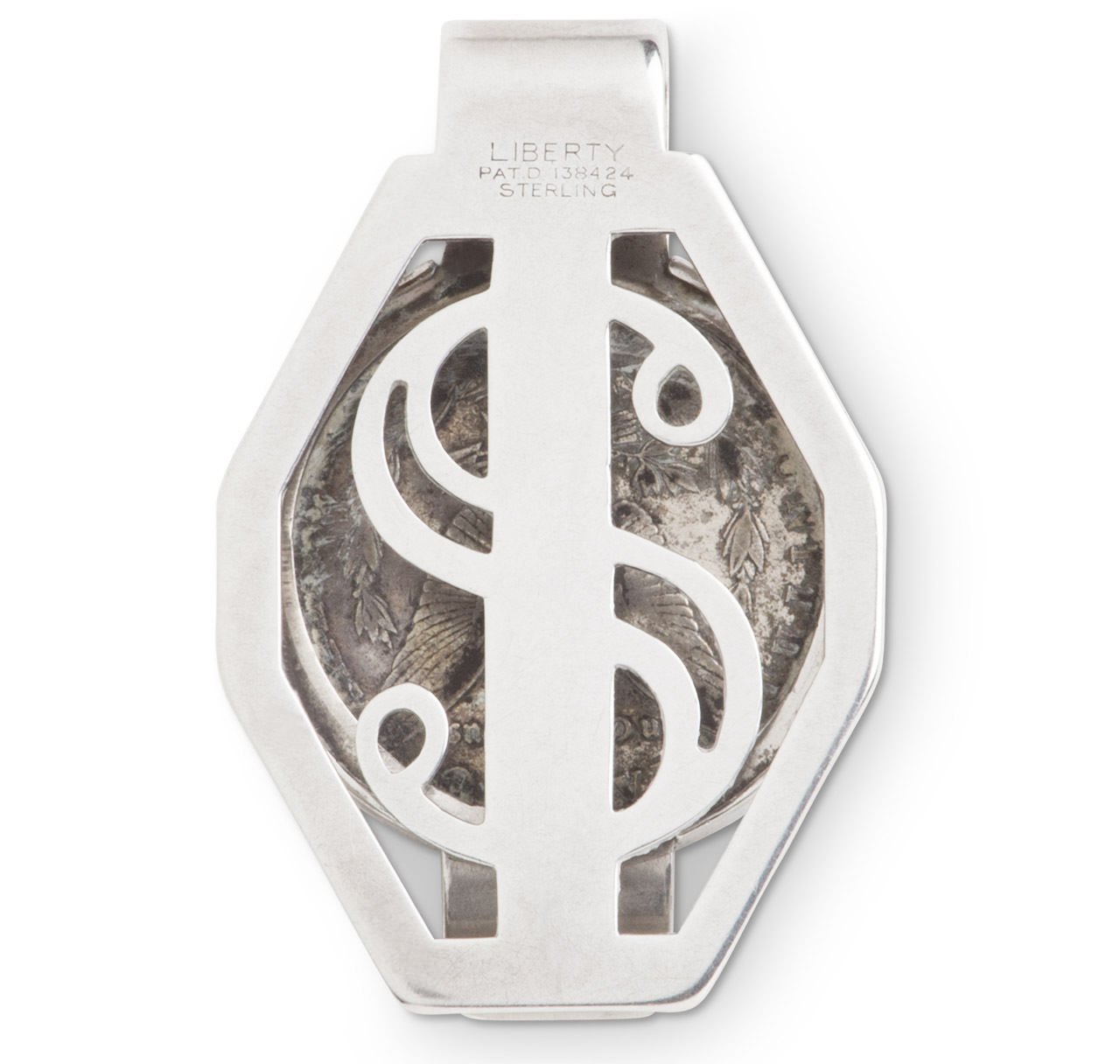 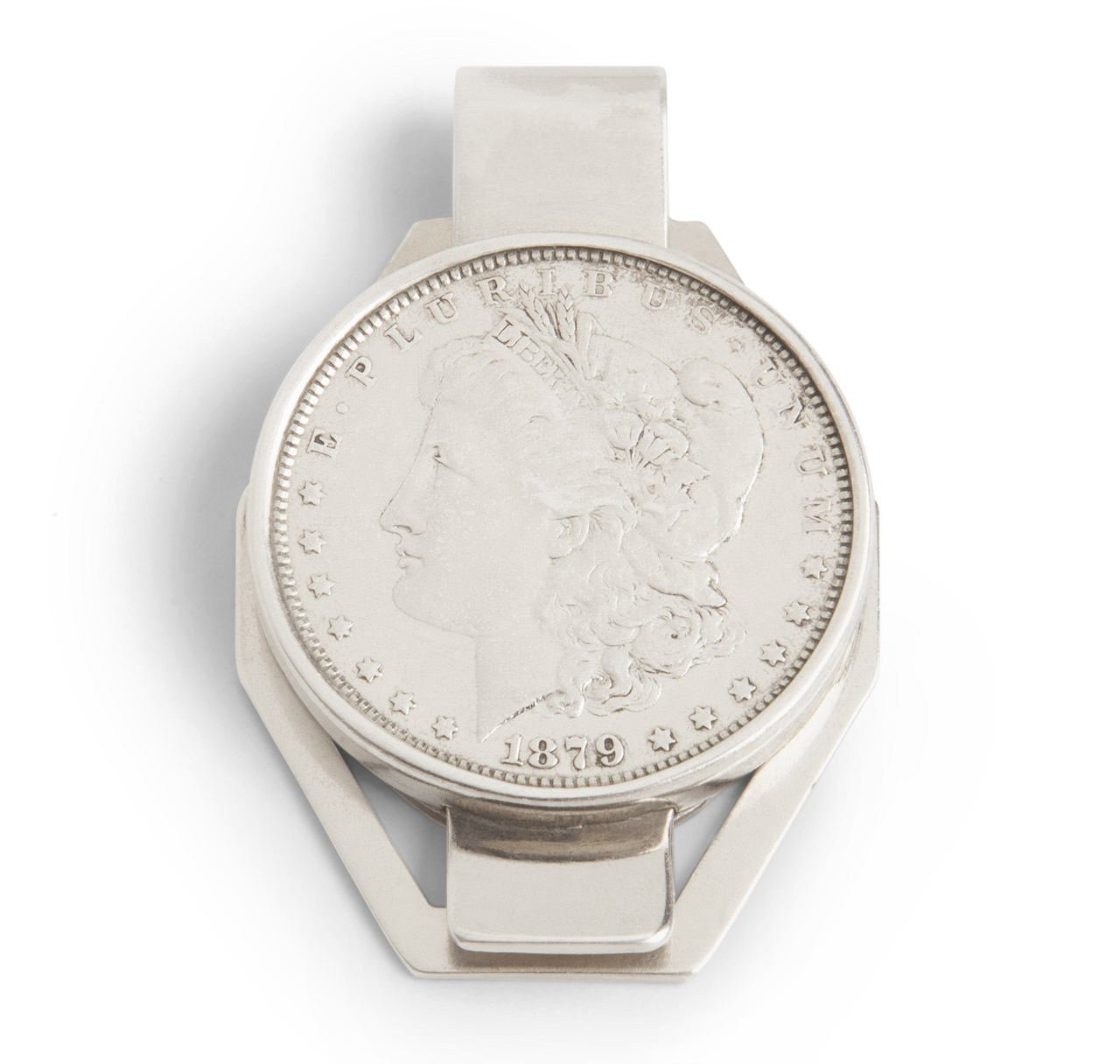